Still early, and still very quiet on the migrant front but the Moth Traps have perked up slightly, despite overnight temperature remaining seasonable low. After the rounds of the afore mentioned it was decided, after the briefest of looks around the Recording Area to wander off piste in the hope of seeing what has, over the years, become something of a scarce bird in the southern counties of Great Britain. 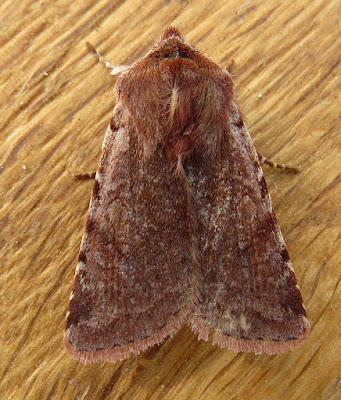 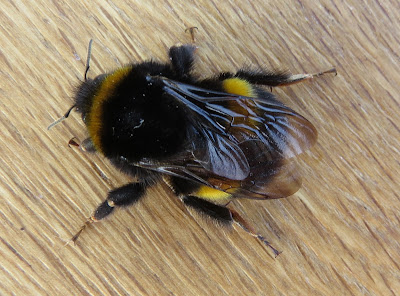 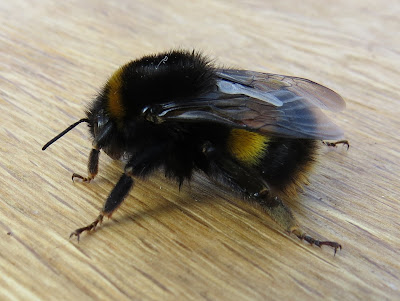 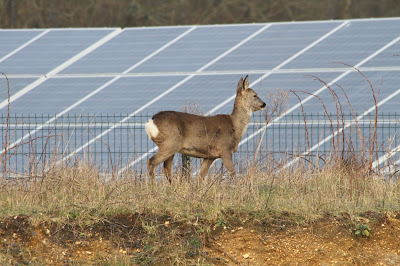 ROE DEER
so time to "set the controls for the heart of the sun".
Crossing the border into Hampshire and arriving at Harbridge,
after a grueling 15 minutes behind the wheel, even though there were only 32
Mute Swans in the field it still took a full 10 minutes to locate todays
Target Bird. 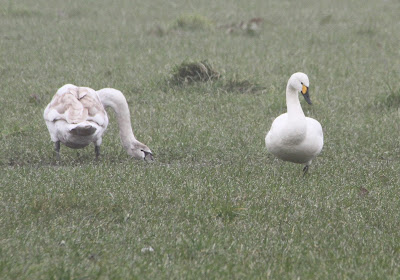 Once fairy plentiful overwintering on the Ibsley Water Meadows, 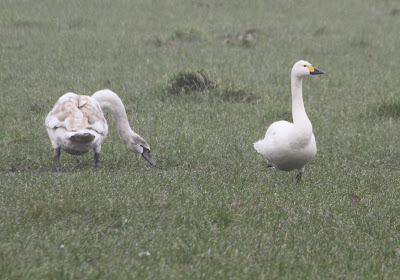 as years have gone by 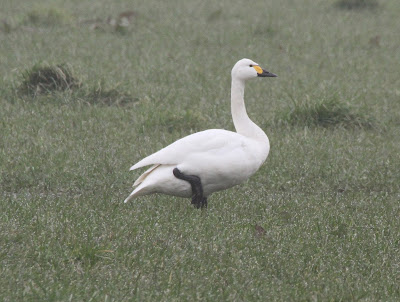 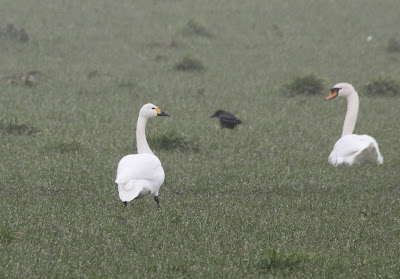 numbers have become less and less. 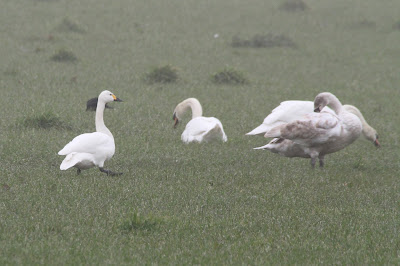 This is the only bird reported from these part during the Winter Period, 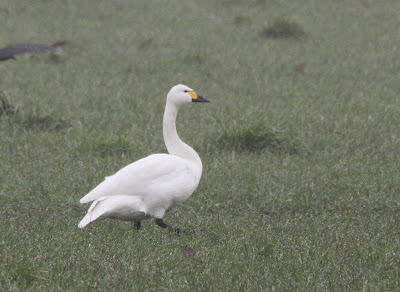 and to our knowledge there have been NONE at all in Dorset. 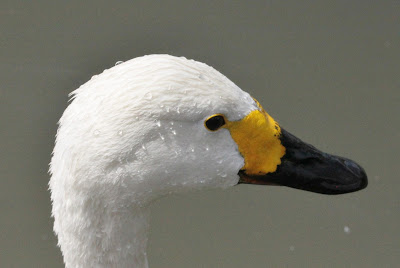 Whatever the reason, Global Warming, reduction in numbers or whatever,
let's just hope it is the milder weather allowing them to fine
a ready supply of food further north nowadays?
With this site being so close to Blashford Lakes it would be well worth
the 5 minutes detour to see what was on offer there. 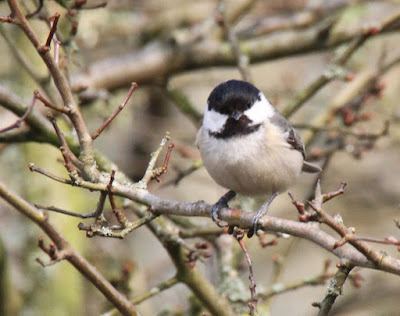 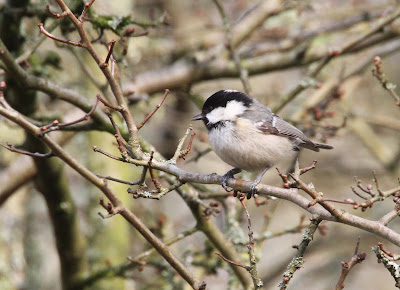 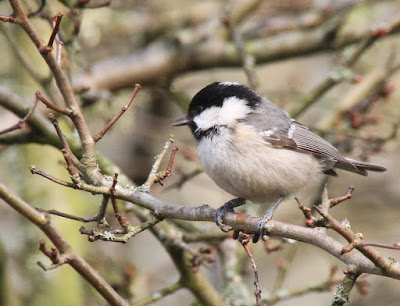 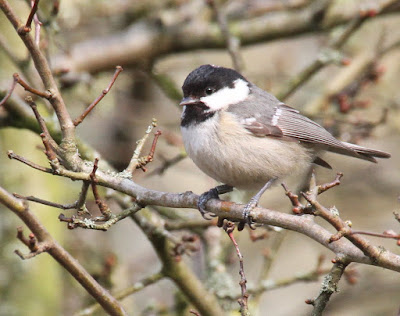 did put on a fine performance, while on the lake side of the road it
was MIDGES that were most evident - millions of them.
Brushing them off and reaching the hide unscathed or bitten
it was found that the Waterfowl were taking full advantage
of this unexpected bounty.
What a sight to see such things as


LITTLE GREBE
surface feeding while
SHOVELER
were also scrabbling for this nutritious fare! 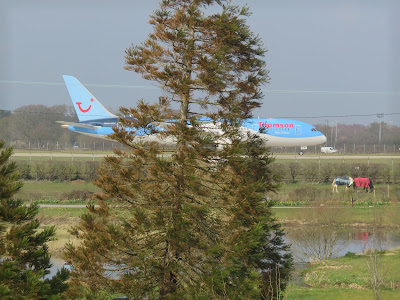 Arriving back at Slight Return II, just in time to see the relatively new 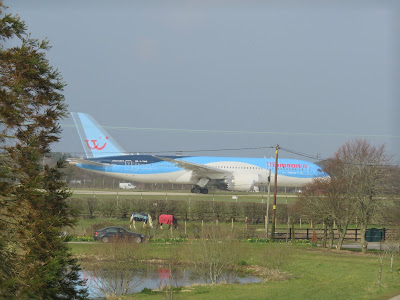 BOEING 787 DREAMLINER
about to take to the air.
To end this Post a few clips of the
BEWICK'S SWAN