The overnight temperatures continue to hover in the lower teens, but not helped at all by the persistent breeze which remains prominently in the northern quadrant. A few more Macro Moths have been added to the Year List which have included 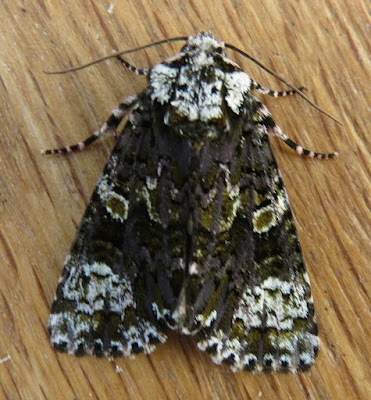 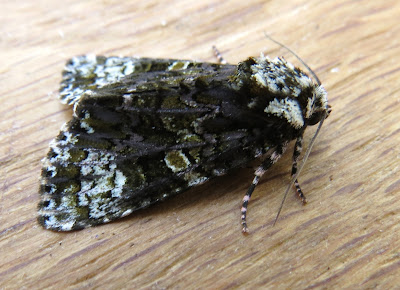 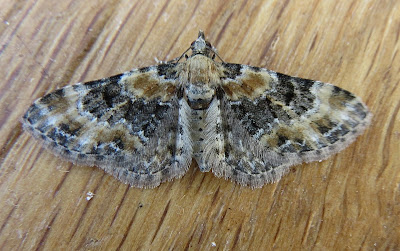 another little crack which the image belies its size 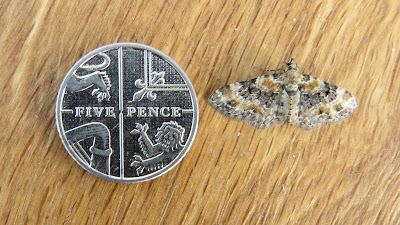 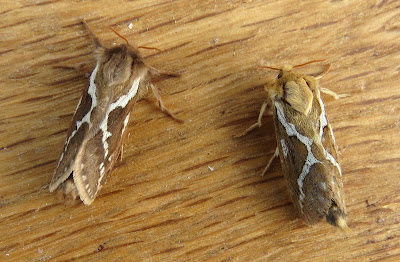 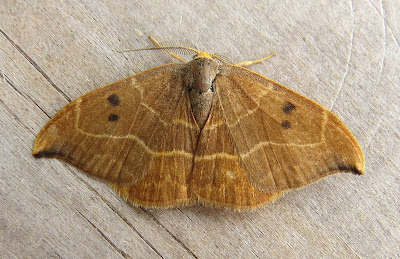 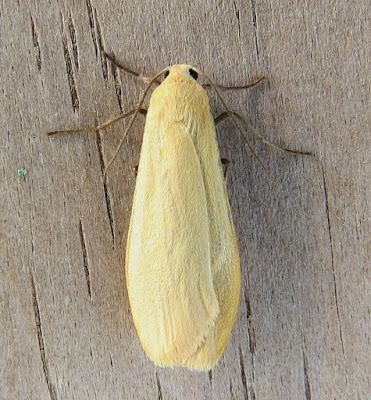 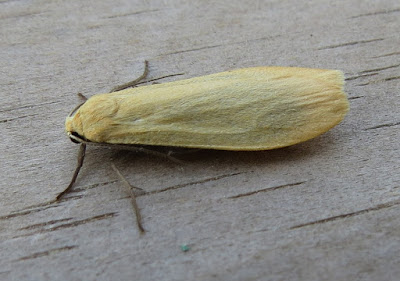 ORANGE FOOTMAN
and we are never shy of posting any of the Hawk-moths, so here once again is 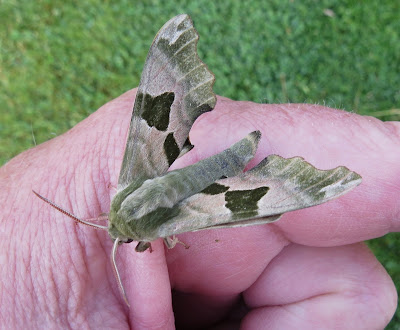 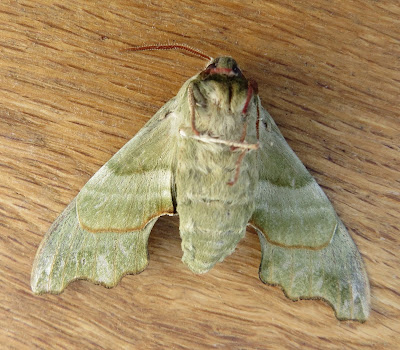 which obligingly showed us its underparts, 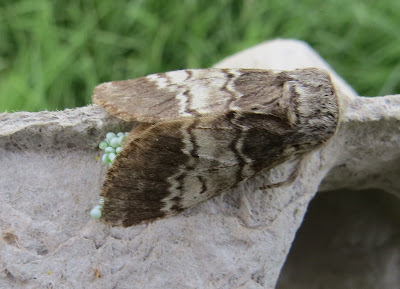 while this
LUNAR MARBLED BROWN
started laying eggs so was quickly returned to the nearby grassland.
For reasons that as yet have not become apparent, a huge BUND is being
built around 2 sides of the area we refer to as 'Behind Eco. On the face of it
a tract of waste-ground which, mainly because of lack of human disturbance,
becomes home for a good number of bird species here at Parley Court Farm. 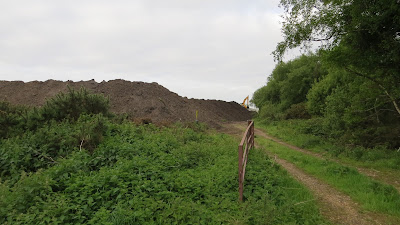 Works have been ongoing for nearly 2 weeks now 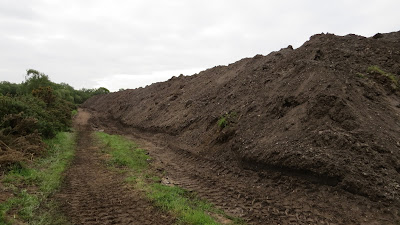 and are thought to be nearing completion. 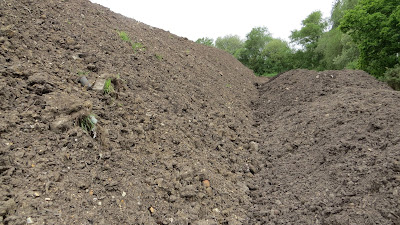 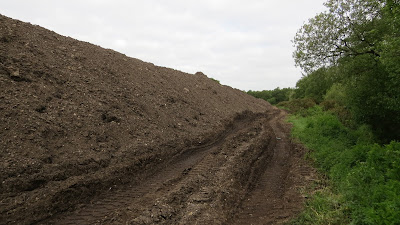 for the hundreds of bird, and other creatures, now feeding young.
When we find out more we will bring the information to you.
Before leaving this usually productive area we did find yet another
family party of 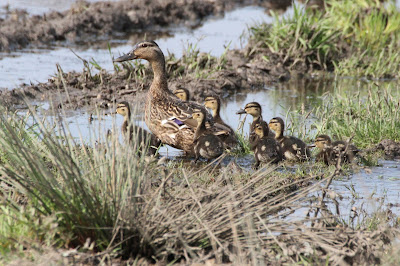 MALLARD
along with a Plant we had never even heard of let alone noted. 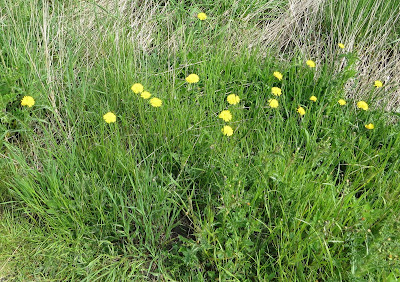 Thanks to John Gifford we find it is 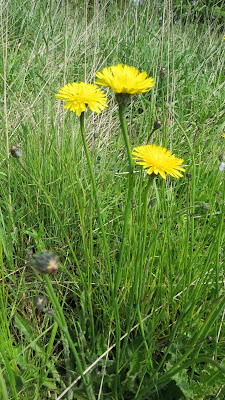 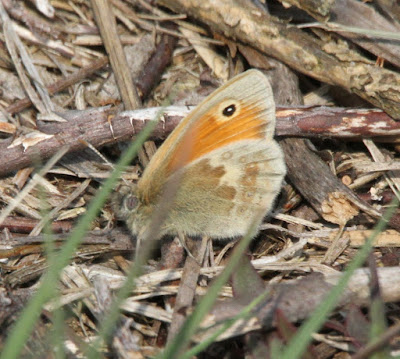 SMALL HEATH BUTTERFLY
on the wing.
It was also encouraging to see that for the 'third' time this year the 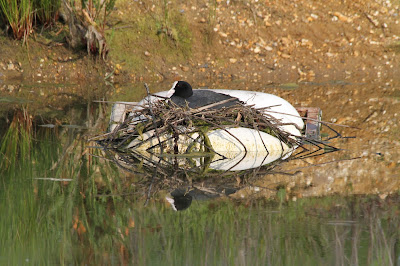 COOT
at the Irrigation Pond have now completed nest building and one or
other of the adult birds are 'sitting'. Unfortunately, we have been here
twice before so are not raising our hopes just yet. 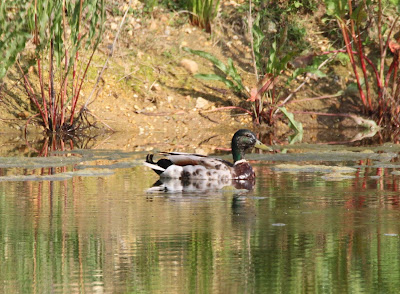 MALLARD
looking a little mottled as a good few of them are now, approaching moult.
A year ago now, when the 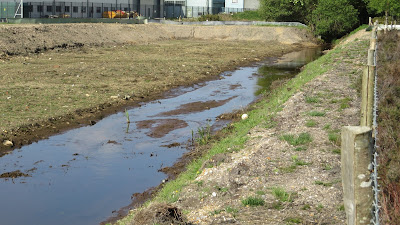 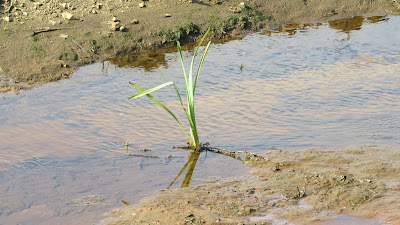 hopes were high that one day something special might visit the area?
Small beer yet, but already we are seeing signs of
Aquatic Plants
taking hold and who knows it might be Spotted Crake next! 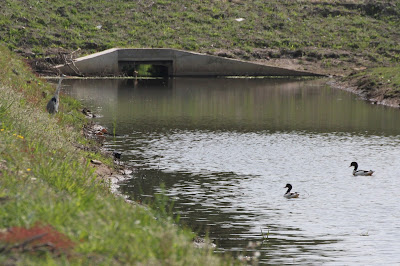 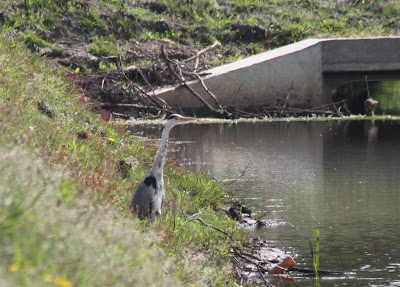 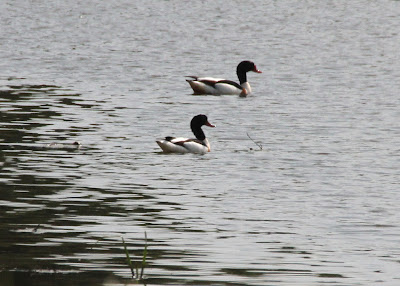 and
SHELDUCK
Posted by Bagsy at 05:13