With the overnight temperature still remaining in 'low double figures' production from the the Moth Traps continues to be interesting compare with the season thus far. So much so that time has prevented us posting all of the images, which will be rectified in due course. First call of late has been to monitor the progress of the 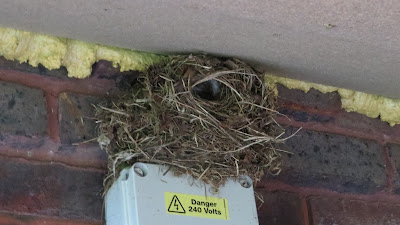 WREN
family which are prone to building a number of nests before deciding on which should
be occupied for the production of their young. GREAT to see then that
they have chosen the one built above the
Harbins Farm House
backdoor, and are now engaged in feeding young.
Some of those taken from the traps and added to the Year List included 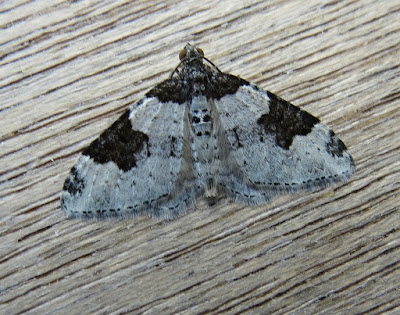 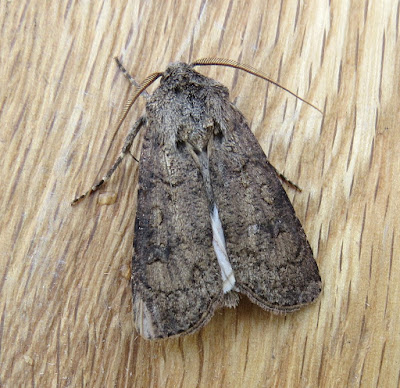 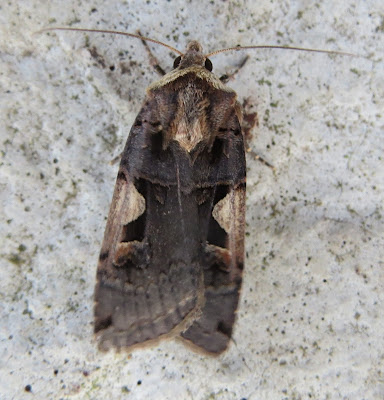 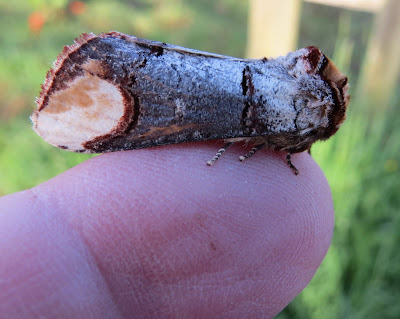 BUFF-TIP
on
FINGER-TIP
all making the cut as additions to the Year List,
while the stranger in the camp is a 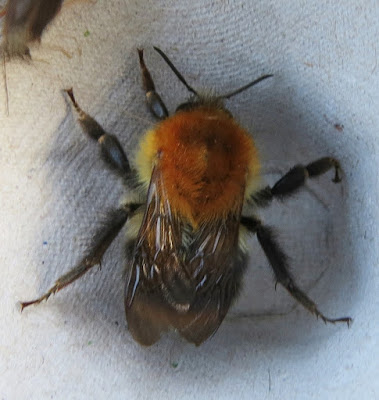 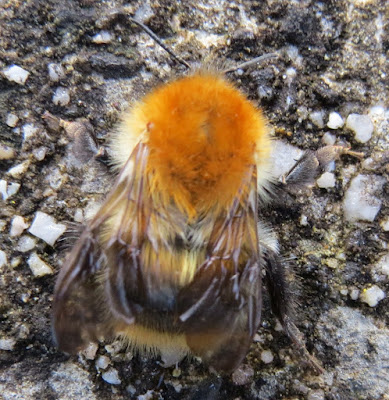 COMMON CARDER BEE
Onward, and our first find of the day, outside of Insects was a
GREY HERON
at
Parley Pond 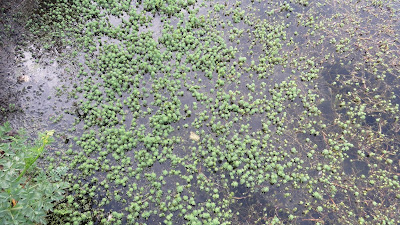 where it was also noticed just how quickly the 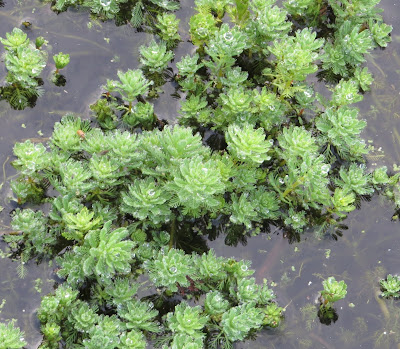 PARROT'S FEATHER
has grown over the past week.
On our way north we stopped to note the progress on the 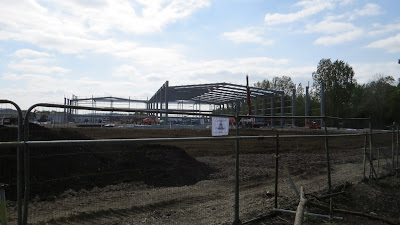 Aircraft Black Box Recorder Factory
where they are certainly getting on with it as 'all' of this steel has been
erected in just one week!
At the Irrigation Pond the Coot continues to incubate eggs while the pair of 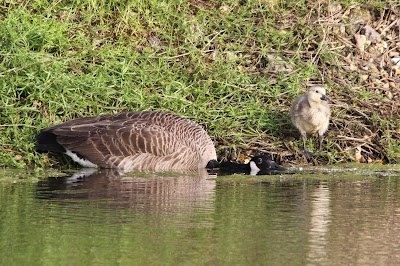 CANADA GEESE
at the Gravel Pit 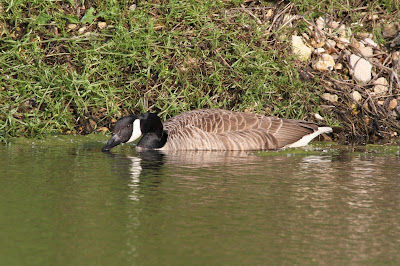 maintain this strange 'low profile' stance whether ashore or on the water.
Along the Moors River, except for Wood Pigeon, there are no birds to see
but this rather bold 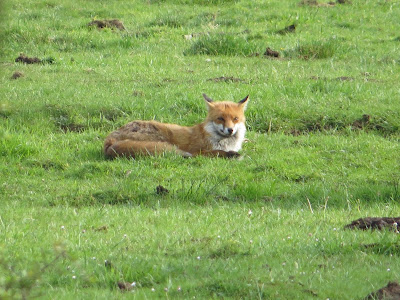 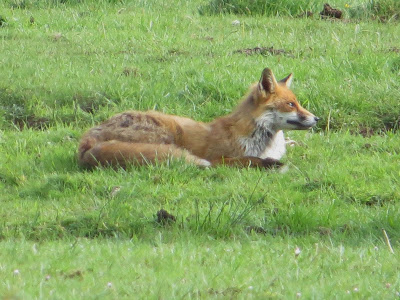 seemed little perturbed about our presence even though aware that we were there,
even allowing for these
Video Clips.
On the Heath, what can clearly be seen as a pair of 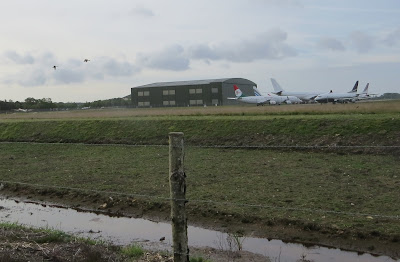 SHELDUCK
(top left)
constitutes the first record of this species for the site. 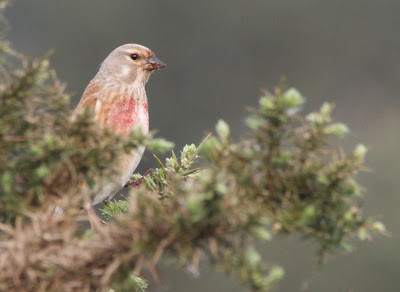 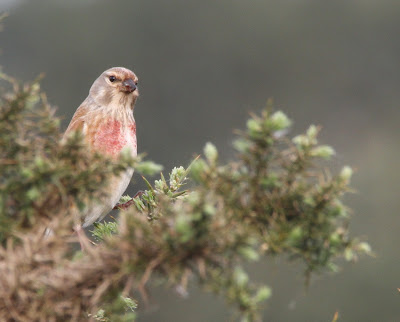 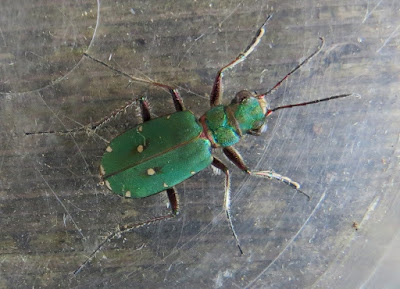 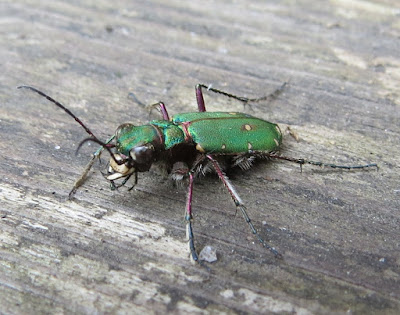 taking to the wing at just about every foot-fall.
and pregnant
BELTED GALLOWAY 18
still keeps us in suspense?