That niggling northerly persists bringing with it an unwelcome chill which in turn seems to be keeping the Moths at bay. In the last 3 days the best on offer from the Traps has been a single 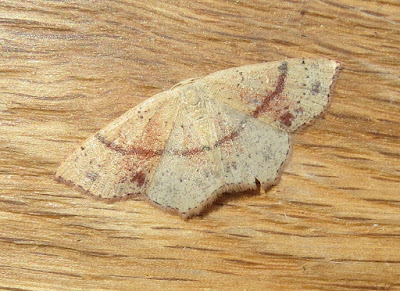 MAIDEN'S BLUSH
already added to the Year List but no less of a superb creature for all that. The stiff breeze hasn't helped out in the field either, but before we get into full moaning mode let's thank our lucky stars that we can bring you images, from the archive, promised from a few days ago.
An addition to the Year List yesterday 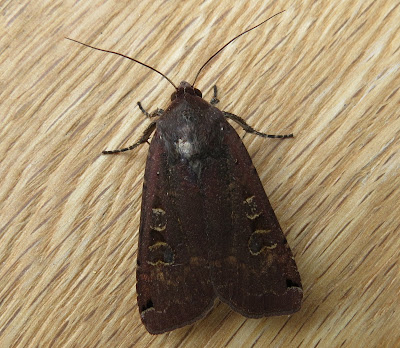 LARGE YELLOW UNDERWING
which had previously slipped through our fingers, 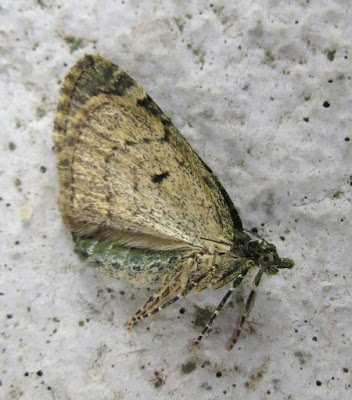 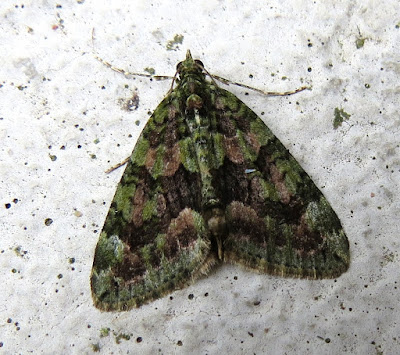 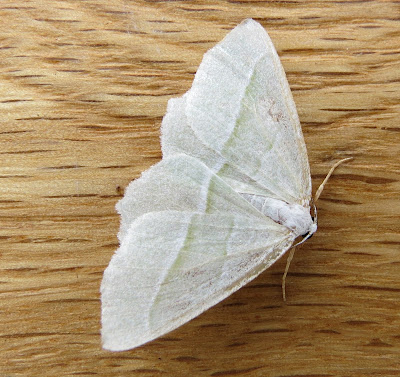 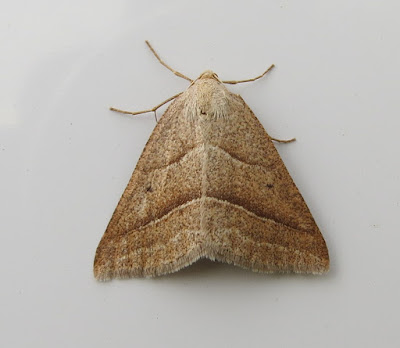 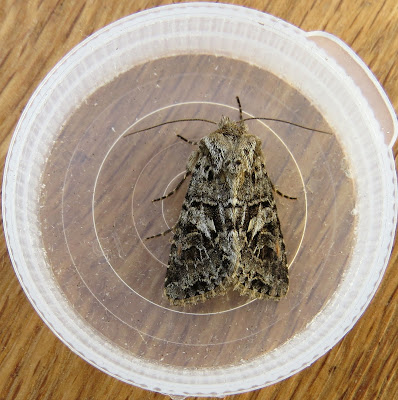 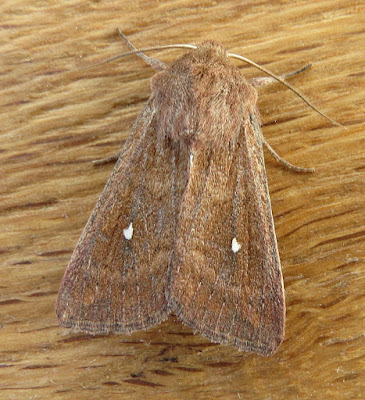 WHITE-POINT
while for good measure the Micro 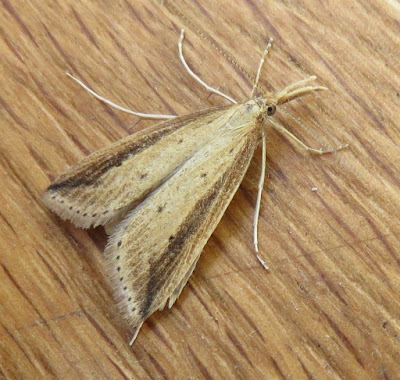 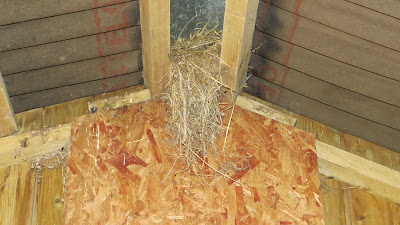 HOUSE SPARROW
has now joined the Breeding Colony of Robin and Collared Dove
in Janet's stable,while just outside we found a 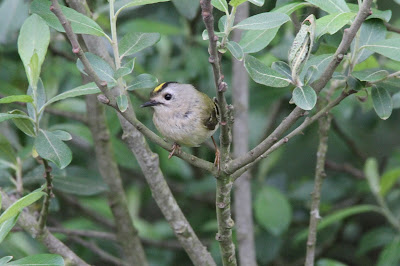 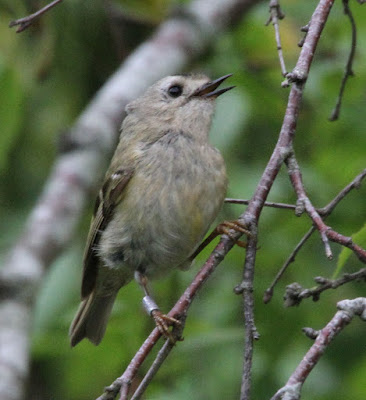 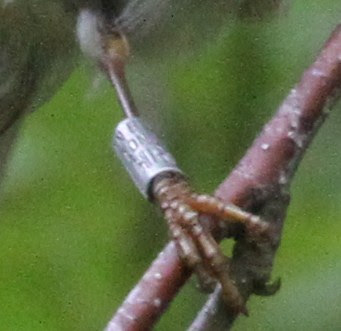 which unfortunately we cannot make head nor tail of. 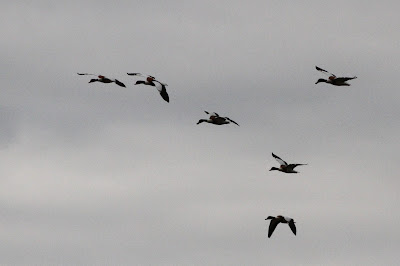 SHELDUCK
are a record number for our area. 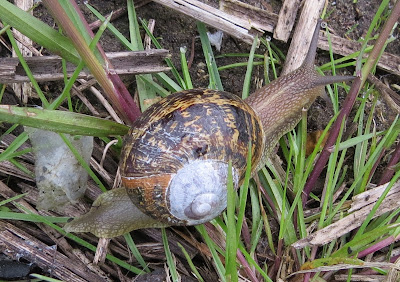 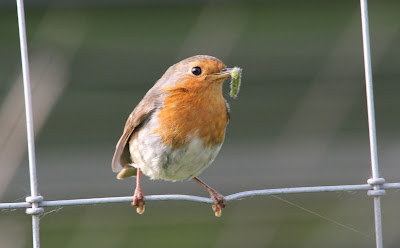 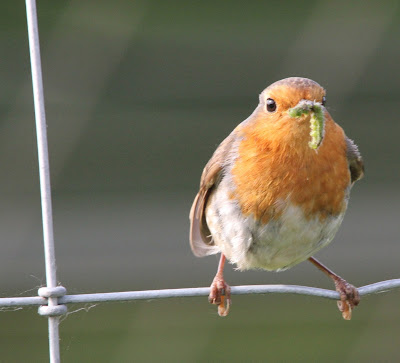 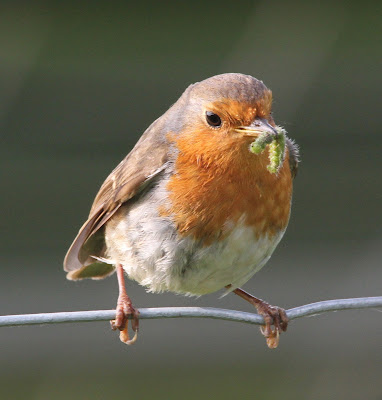 SMALL WHITE BUTTERFLY
larvae/caterpillars.
On the water meadow at the Moors River a
LESSER BLACK-BACKED GULL
before disaster struck.
Entering the Solar Panel Compound late morning
there was neither sight nor sound of any of the 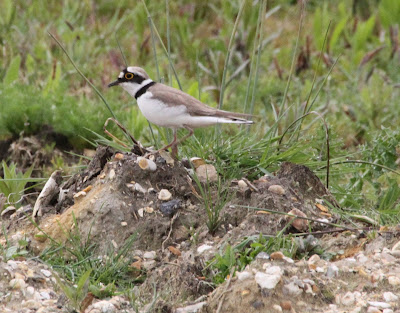 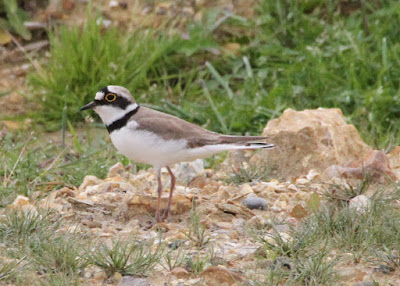 these 2 being found behind the Eco Recycling Works earlier in the morning.
A full 40 minute vigil produced no bird at all let alone
the one which has been incubation c4 eggs for several days now. 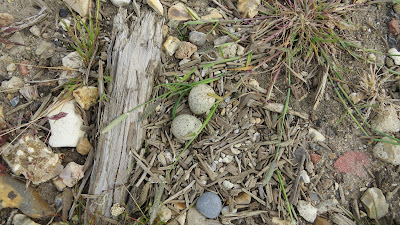 Time for a visual inspection, only to find that there are now only c2 eggs and no signs of any offspring. It is thought highly unlikely that the sheep shearing had anything to do with this, as the parent bird was 'sitting' throughout the process. It is also unusual to think that the nest has been predated as few, if any, predators would leave without scoffing the lot. Additionally, had the eggs hatch they would not have been able to travel far, and there would surely be the continuous series of 'location calls' from the adults as witnessed last year.
A TRAGEDY to say the very least!
Continuation of the Bund.
Juvenile STARLINGs
feeding and preening 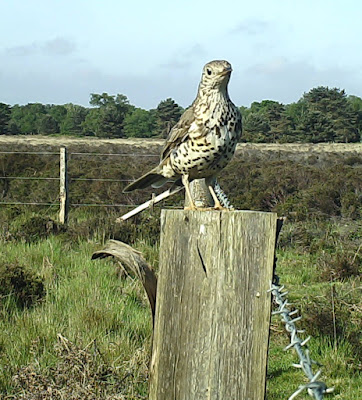 MISTLE THRUSH
Then TRAGEDY turns to TRIUMPH
what about this
LITTLE BEAUTY? 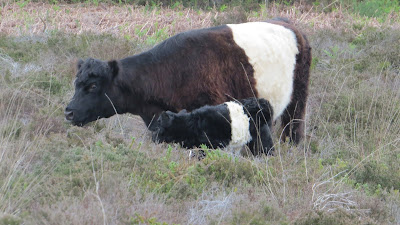 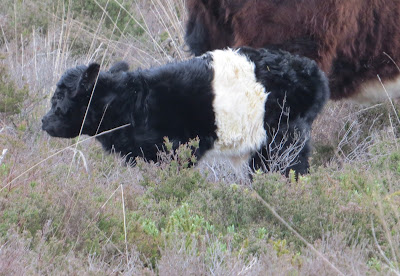 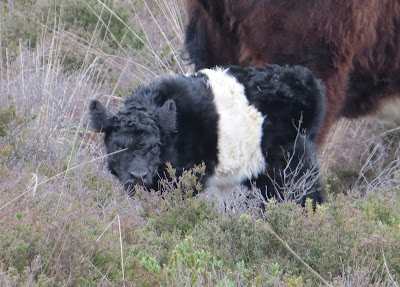