Some years ago a casual acquaintance said to me that he was no longer going to read my Blog now that the subject matter had been given over to Moths, because they are boring! Well, while we would defend anyone's right to do as they please, within the bounds of the law and sensibility, it is difficult to see where the boredom sets in with such and array of diverse colours, sizes, shapes and patination unless of course you are comparing them with Coronation Street!! It might be true to say that the general association with these 'magical' creatures is in the confines of the smallest room in the house when, armed with a rolled up copy of the Sunday Times Supplement, a far braver member of the family group arrives to beat the hapless Insect to death! None of them can harm you so next time take a longer look, before releasing unharmed - CHEERS! 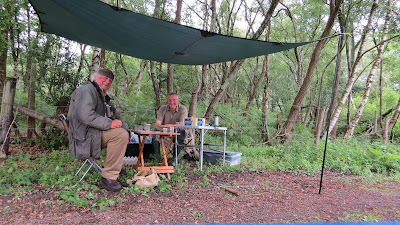 Prepared for ALL eventualities, Dave had the BASHER erected before the rain got started. 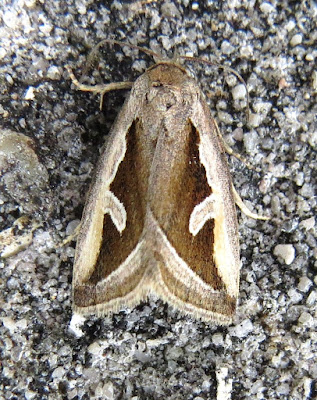 SILVER HOOK
is said to be a little more common than our headlining
SCARCE MERVEILLE du JOUR
of yesterday, it still has the pedigree of a 'rare' Moth in Dorset. 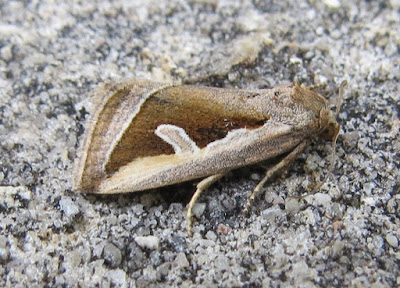 With the first for the County having been secured as long ago as 1909,
since then only about 116 have been positively identified here since, and
notable that all were recorded in East Dorset of which we are part.
All of the Hawk-moths are splendid creatures but this
is one of the 'biggest' we catch with regularity. 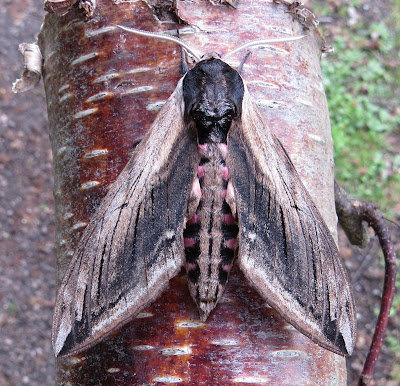 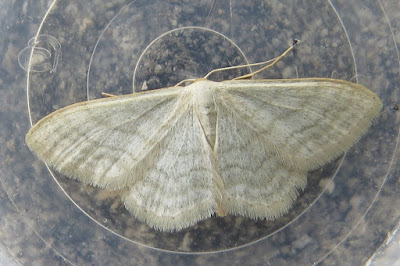 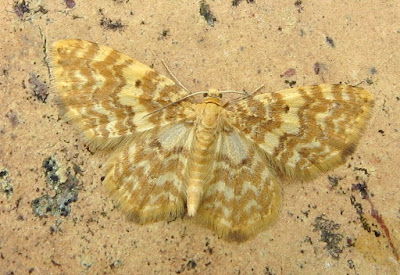 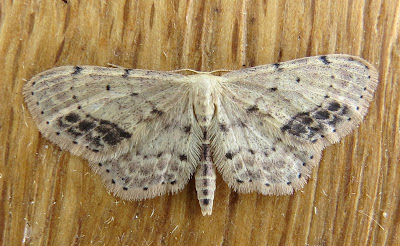 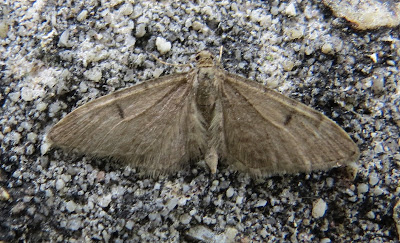 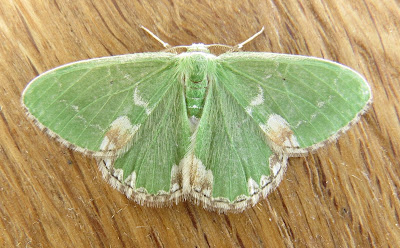 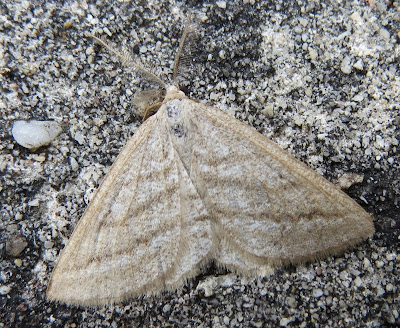 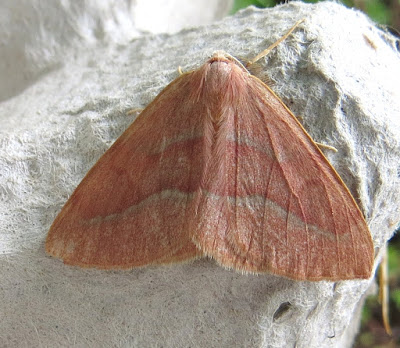 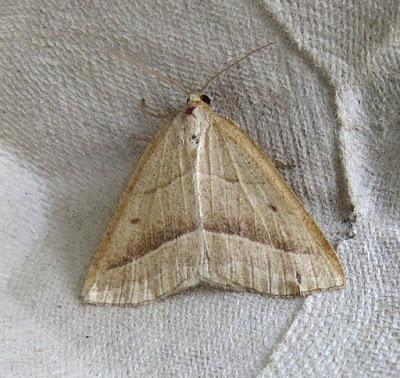 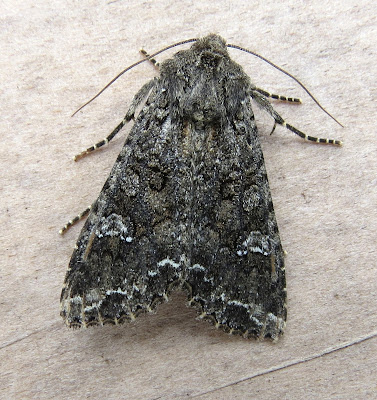 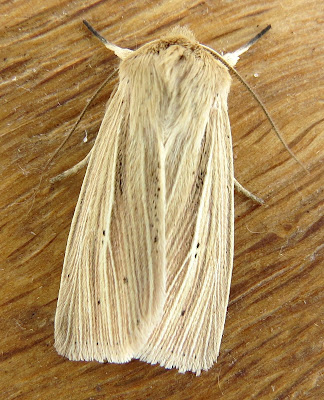 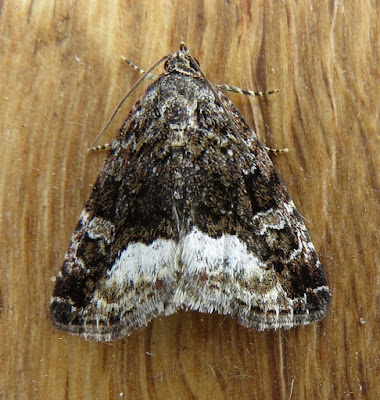 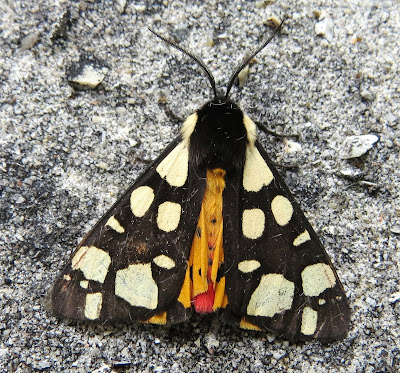 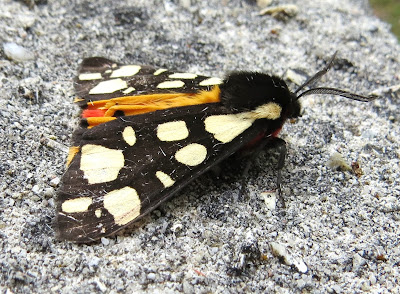 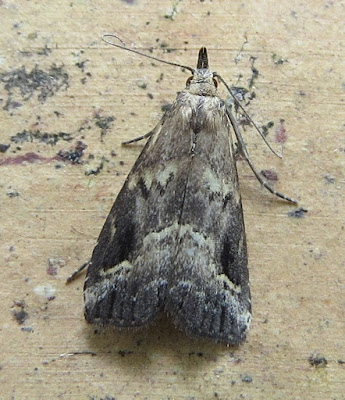 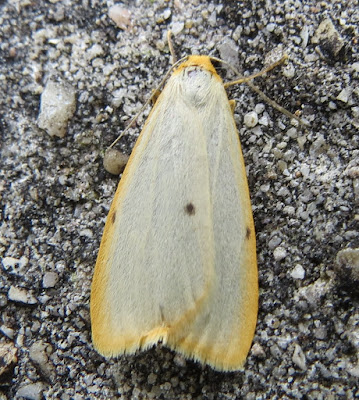 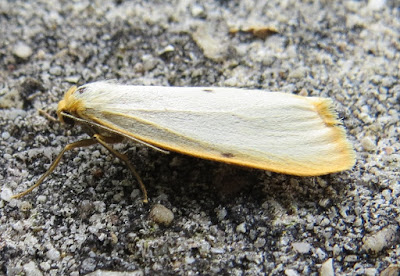 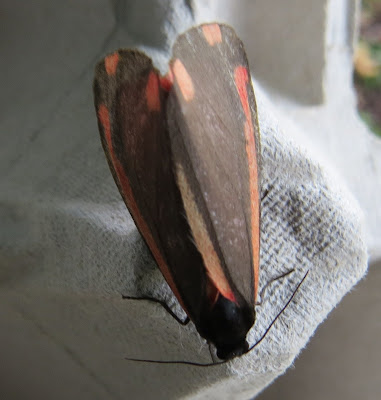 What appears to be an 'aberrant'
CINNABAR 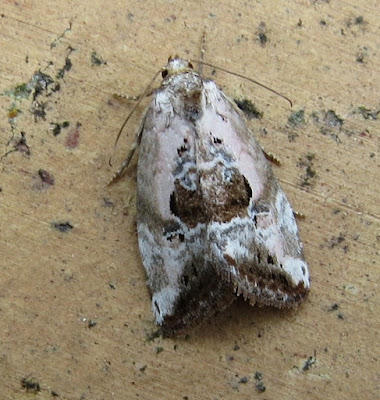 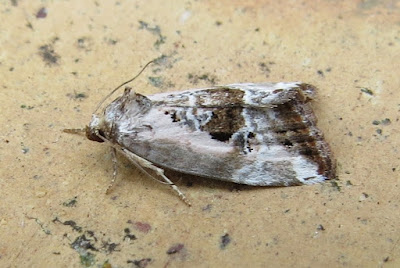 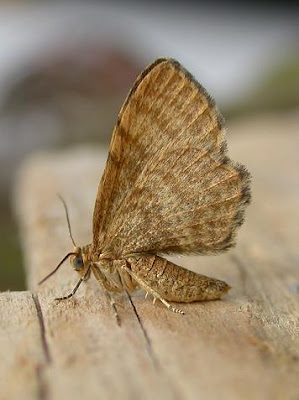 DINGY SHELL
While a number of Moths perch with 'folded wings'
this tiny little creature is the master of them all, it simply
will not perch with wings akimbo!

QUEEN HORNET
and please send our Link to all of your associates.
THANKS AGAIN!