Living my chosen lifestyle where I do and in the situation that exists, 'shutting down' on Wildlife simply is not an option. If it's not an unidentified Butterfly fluttering past or a Common Buzzard screeching from above there is always something on hand to watch or investigate. With both Sunday and Monday evenings given over to an open invitation to Harbins Farm House for dinner it was on the latter when making my way over there that the familiar song of a 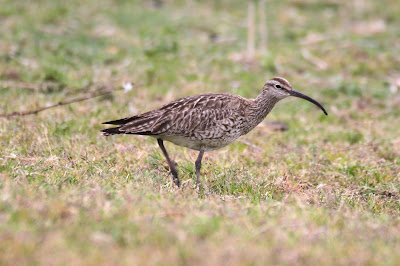 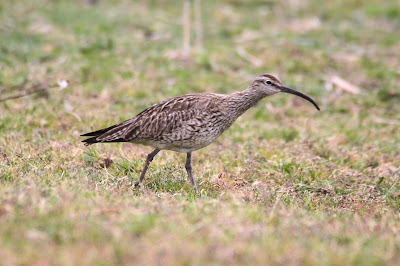 was heard from high above.
Regardless of the fact that it wasn't seen it was considered
qualification to be added to our Records as the first ever
noted here during the month of July.
The images are from the archive as illustration for our viewers.
Although the temperature had dropped at dawn to +10C first
indications, looking through the perspex collar of the first trap,
appeared good and it wasn't long before we were 'potting' the
first Moth new for the year. 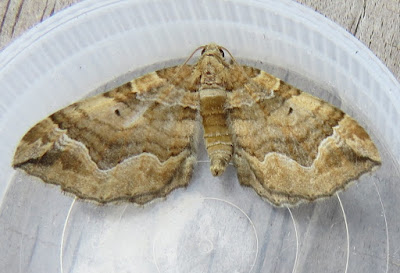 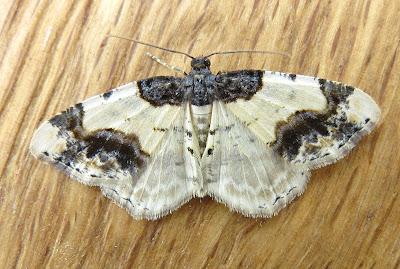 SCORCHED CARPET
has been added while 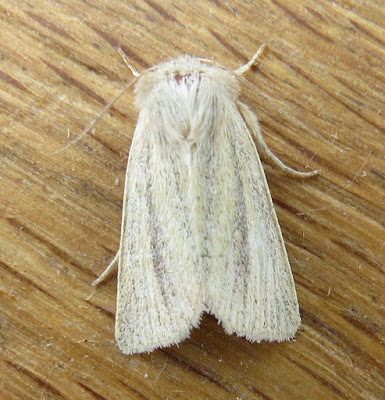 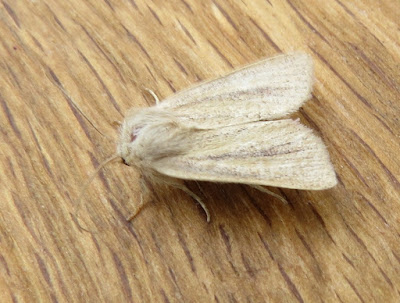 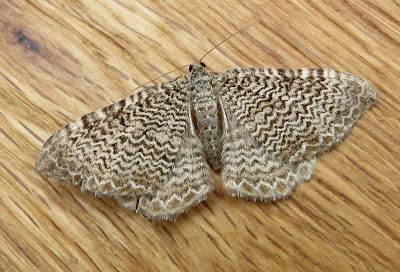 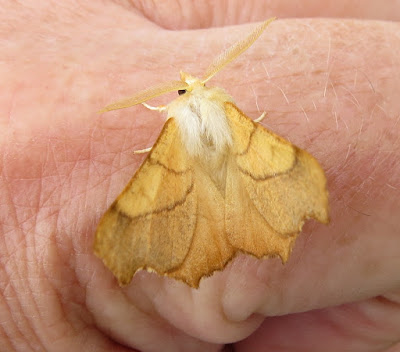 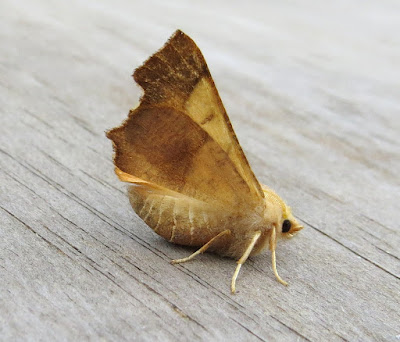 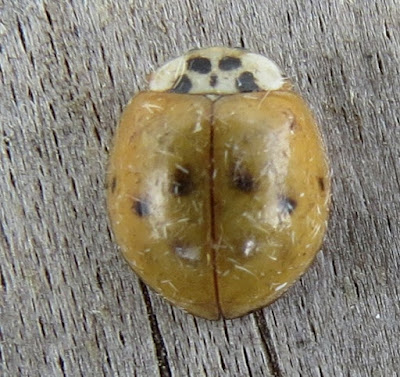 In addition, and away from the Moths, 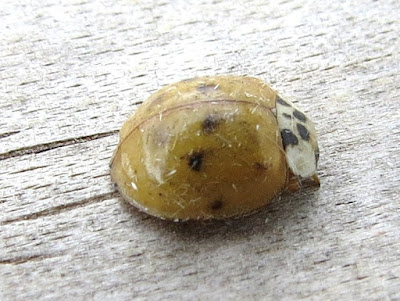 was another form of 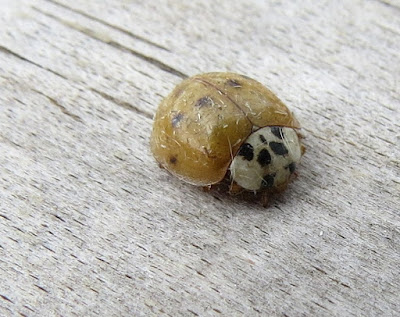 HARLEQUIN LADYBIRD
afterwhich it was time once again to head for the Common. 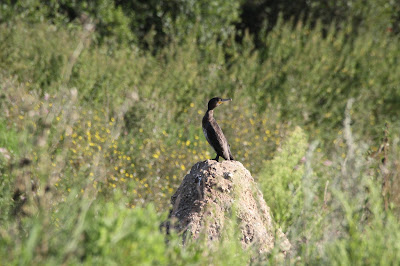 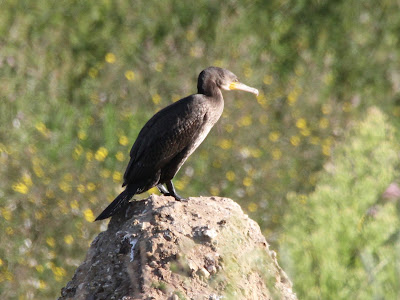 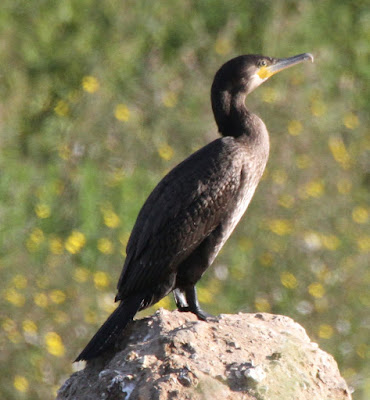 CORMORANT
was very much 'King of the Castle' posing for both stills and
Video Clip.
Close by we found a 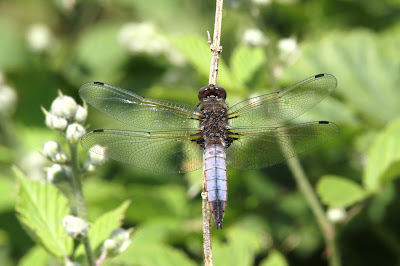 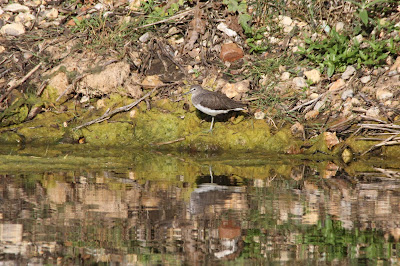 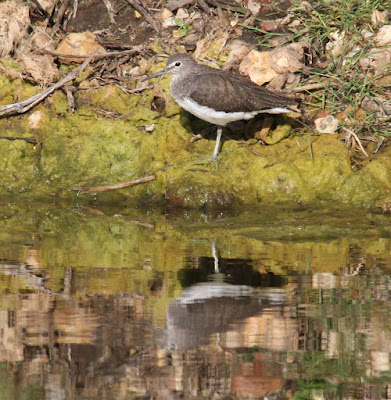 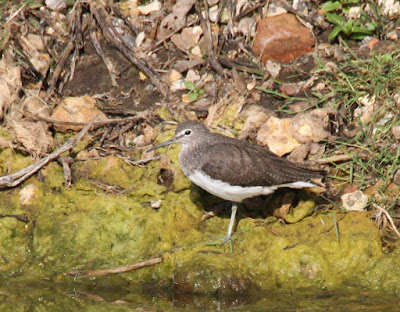 GREEN SANDPIPER
back in residence. 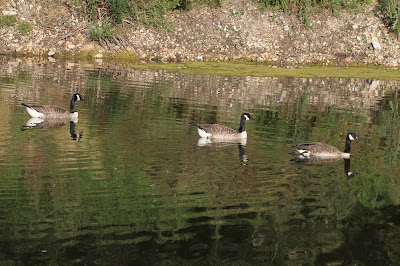 CANADA GEESE
with their offspring, but difficulty now to know which is which?
Unfortunately the Heath remains very dull so we decided to
Return to Slight Return to get the 'paoerwork' done. 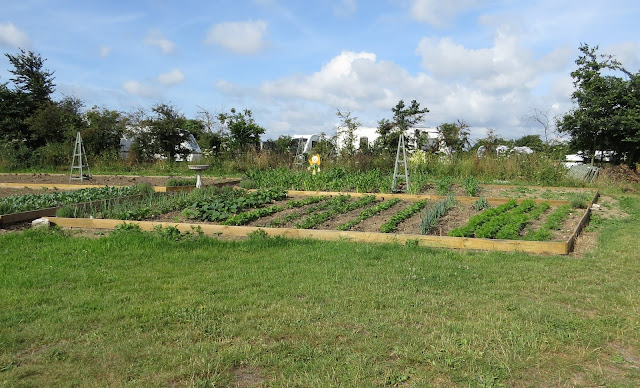 Hugh's new Vegetable Patch looking healthy
and maturing by the day but it still remains a mystery as to
who placed the Daisy Scarecrow in the middle of it all?
Finally, it was from the door of the caravan that we took the
GREEN WOODPECKER
clips, this a juvenile.
Entry