Firstly, and Most Important we apologies for our
absence over the past couple or 3 days and hope
that now is all 'set fair' to continue Daily Posts!
Next, we have been forced to purchase a New Laptop
(any donation towards this will be gratefully accepted,
please post note and coins in the slot at the bottom of the page)
and should be back in full production in a couple of days at most. 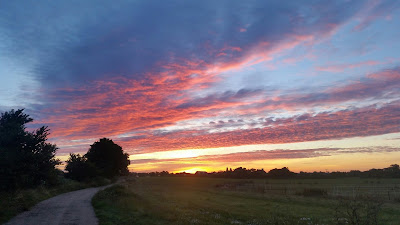 What a GREAT start to a 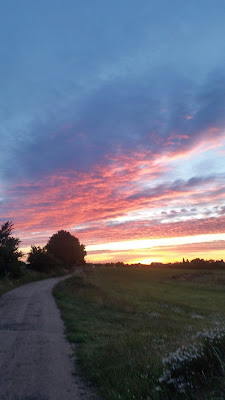 VERY SPECIAL WEEKEND
Having never had any problems with regard my age and these days caring LITTLE or NOTHING about such insignificant things as birthdays, you simply 'live' what is meant for you and then 'fall off your perch'. The amusement comes when encountering individuals who stress that they dread to even think about getting OLD when really it's the alternative they should consider if they cannot live life without some sort of worry. What is important however is keeping such anniversaries as low profile as possible, but in this day and age of Inter Surf and Net Webbing Mr Mind Your Own Business is put firmly in his place. Under the disguise of holding a Moth Catching weekend 3 dear friends were initially invited to stay with us at Parley Court Farm for the weekend, and while memories of past 0 birthdays were to the fore, and ex-lady friend was also begged to attend. Without a mention of celebration my intent was to take them, along with Hugh and Janet of course, for dinner at one of my favourite restaurants and then spring a small surprise on them later. That was to involve enjoying a gift received on me for my 50th year on Earth and bestowed by the afore mentioned Ex. 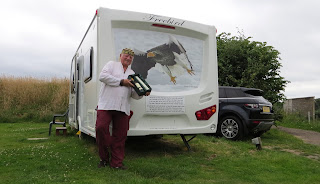 Long before any of these lovely people arrived it was taken from the stowage
where it had lain for 20 years, carefully dusted off and then correctly prepared for
the upcoming event. 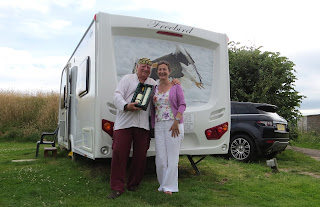 LORRAINE
arrived in very good time so we were able to chat over old times together
and our first meeting which may be of interest to those of you who are not
Mr M Y O B also mentioned above.

It was just another of those fantastic parties we used to hold on frequent occasions at each others houses, this time at the home of P and T in Emsworth. Always alcohol fuel, it must have been in the wee small hours when I was given a sharp flick to the top of my arm and told in no uncertain terms "you can 'flipping well pack that in"! Certainly guilty of something there was a mild corntratont, the party fizzled out and all the guest returned from whence they came. Just 12 months later there was a telephone call from my Winger (P the host of the occasion)) asking if the incident of that night was remembered and the lady concerned. Even in a sober state there has always been a great difficulty in even remembering my own name so replying in the negative was intrigued to know why he was asking. Well, it seemed that the relationship between the 2 had faded and she was now asking for MY telephone number stating "I rather liked the cut of his jib"! That may have been what caused the kerfuffle in the first place not realising that she had ever seen my jib but, true to form and sticking to my chivalrous life style there was no way a Damsel was going to be left in Distress by me. A meeting was arranged and we shared lunch at Pierre Victoirs in Southampton and a relationship was forged and last a full 3 years until she found another Jib that was preferred to my own! During our time together we travelled to Zambia, Zimbabwe, China, Jordan, Botswana, sailed much of the Caribbean along with Egypt London, Paris and Rome, to name but a few. My favourite memory of those heady days was crossing the 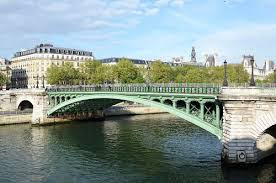 Ponte la Notre Dame
at midday on a bright sunny day in April, with the Business Brigade dashing here and there, and singing to Lorraine, in a loud voice, 'April in Paris' - she remains a firm and valued Friend and is the only person to have a complete chapter, with her name as title, in my memoir. 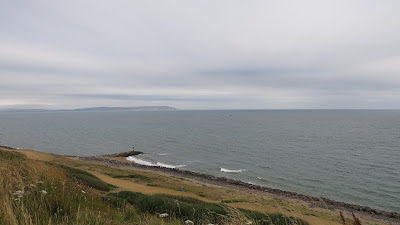 Perched on the northern bank of
The Solent,
gateway to both Southampton and Portsmouth Docks, stands the 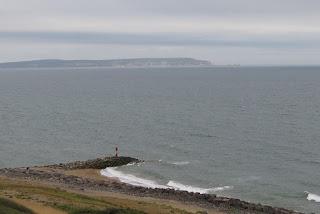 PEBBLE BEACH RESTAURANT
with a view overlooking that Seaway, the Isle of Wight and Needles Rocks
and Lighthouse (you may have to squint). 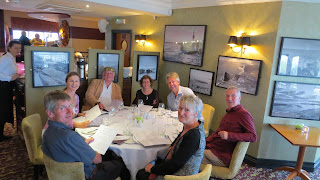 In my view the outside facade could do with a little modernisation,
but within Food, Wine and Service are all of the very best.
The place was introduced to me initially by Hugh and Janet (front and centre)
who are seen around the table with Lorraine, Moi, Annie and Paul Harris and Dave Foot
with the latter 3 also being longstanding and like-minded friends. 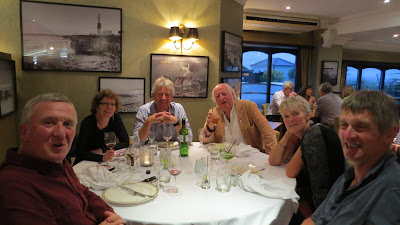 Speaking for everyone, it would be fair to say "a good time was had by all"
but hopefully the best of the evening was still to come!
It was on my 50th birthday and at the very height of my passion for learning
as much as possible about the Fine Wines of the World that Lorraine presented me
with a (certified) bottle of 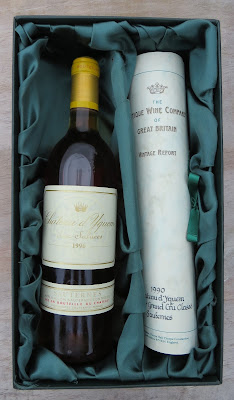 1990 CHATEAU d' YQUEM
which has lain in a cool cupboard ever since. 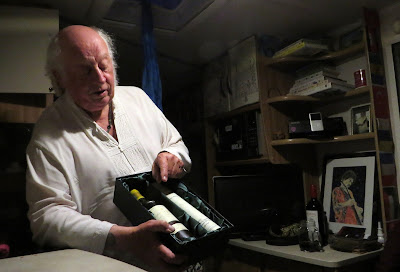 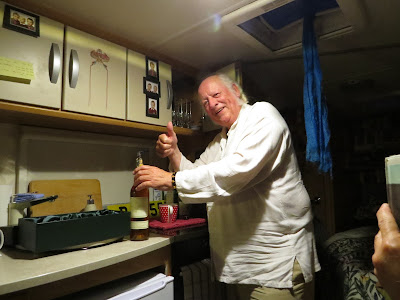 Wish me luck as I attempt to get the cork out. 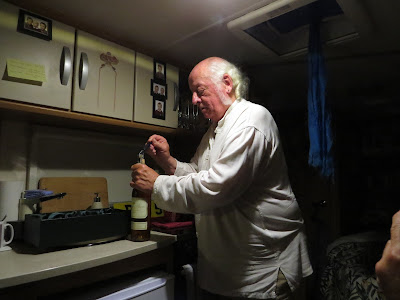 Which end do you screw in? 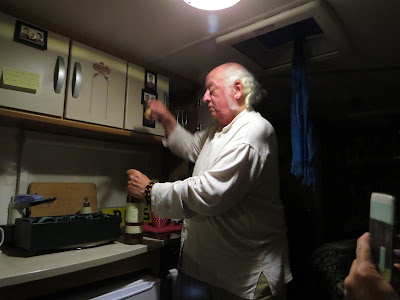 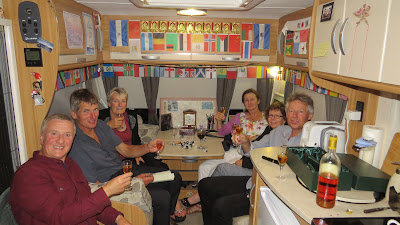 The Band of Gypsies
(Jimi Hendrix) 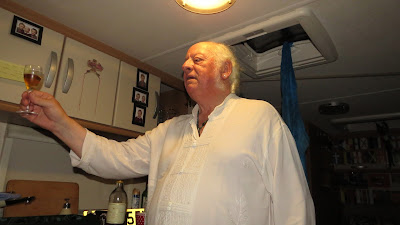 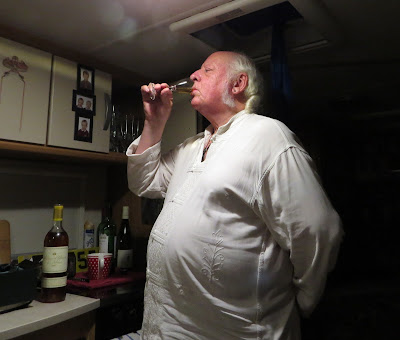 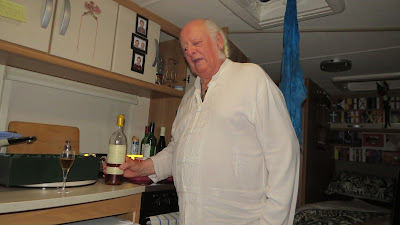 and not a bad finish either!