Have just got up 04:30, went out to check temperature
and to see the International Space Station cut across the sky.
Nice start to another day.
Nights in White Satin never reaching the end.
Letters I've written never meaning to send.
Beauty I'd always missed with these eyes before,
Just what the truth is I can't say anymore.
Another decent overnight as far as the Moths were concerned
with little wind, mostly complete cloud cover. a gentle breeze
from the south west and a dawn temperature of +15C, we
were not to be disappointed. 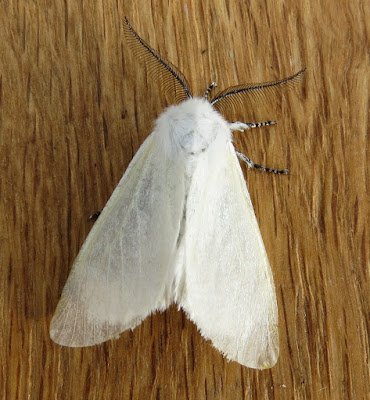 Firsts for the Year included 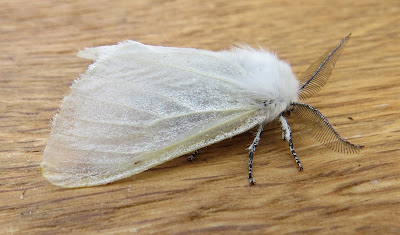 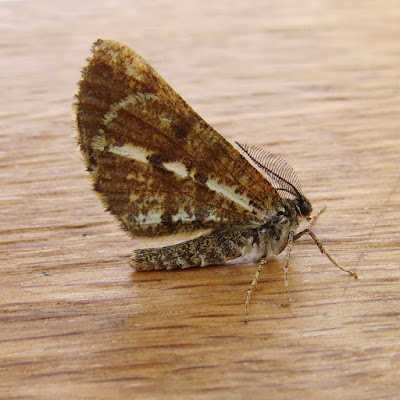 BORDERED WHITE
which is an Insect that simply 'will not' open its wings when at perch.
The only way we can bring to you the full beauty of this delicate Moth

is by way of an extract photo-plate of an extremely variable creature. 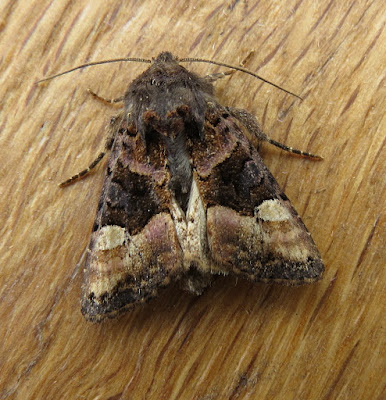 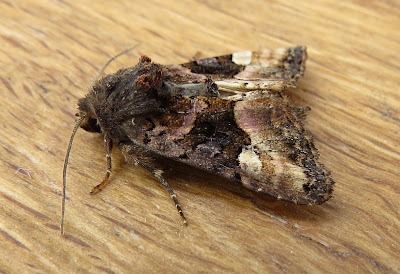 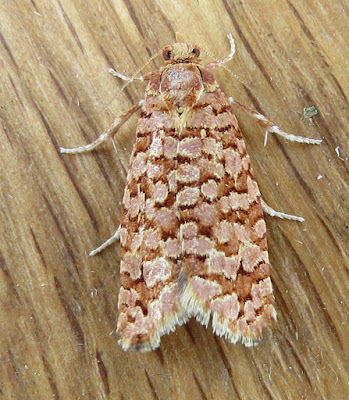 and the 'token' Micro, when we catch one easy to identify, 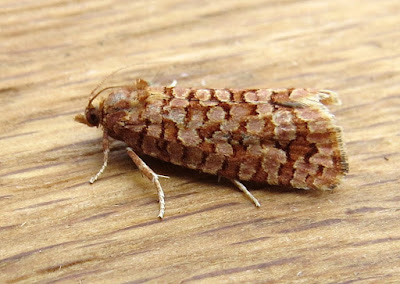 LOZOTAENIODES FORMOSANA
Moth Trap Residue.
During the above process and in the first light of day 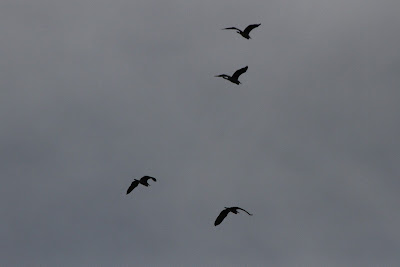 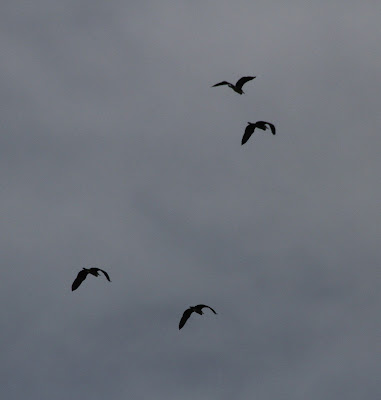 fly over from the roost.
At the Balancing Pond, an integral part of
Bournemouth International Airport, which forms a natural boundry
between the two properties, another significant discovery was made. 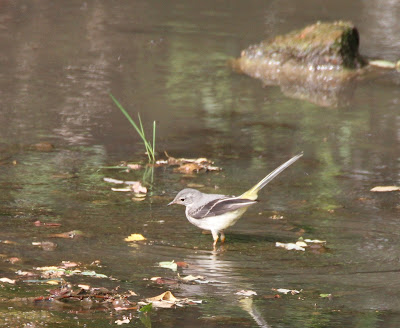 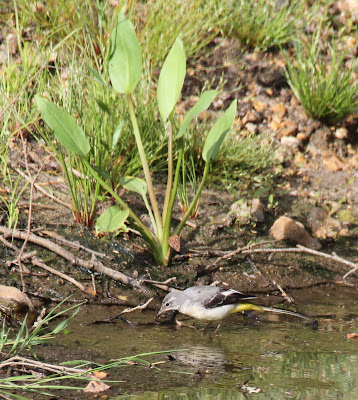 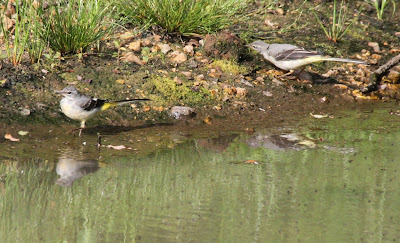 and then a second, both juveniles, surely indicates that this Species
breeds in our Recording Area 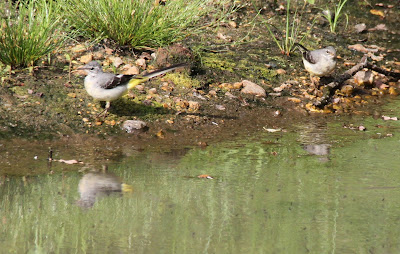 which is the first time this has been proven here.
Grey Wagtail has, of course, been added to the
Breeding Species List.
There was also a
GREENFINCH
there taking on water. 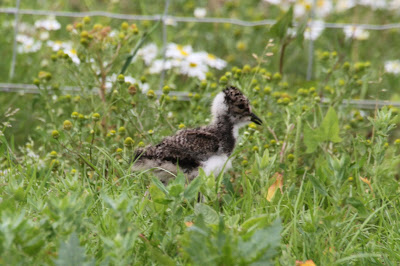 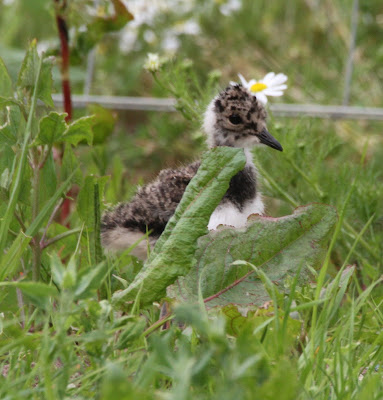 across the property this year but at least one pair have brought off young.
Chick calling for Parent Bird.
It isn't every day either that we record a new Species of Butterfly here,
in fact it is not even as frequent as every year, so 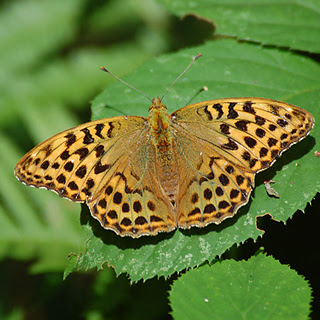 SILVER-WASHED FRITILLARY
is also of importance as the first of that Family Group.
It was also noted that a large number of
HOUSE MARTIN
were favouring the roof of the new In-Flight Black Box Recorder Factory roof.
Not unusual for any of the Hirundines to congregate in such masses
and feed-up prior to migration
where the buzz-word is also 'safety in numbers'.
Entry