Somewhere Over the Rainbow - The Wizard of Oz

The efforts of some of our readers and those of our own had been enough to send our readership stats rocketing, in fact rising to just above double the usual daily intake. However, this has proved to be no more than a 'flash in the pan' as already number have dropped back almost to their former self - especially those associated with the USA. However, when we look at the distribution map and that sprinkling of you that still visit us on a daily basis, it can be seen that our Valued Readership covers close to 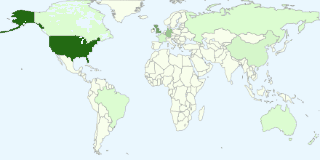 ⅔ of the Earths Surface.
Not bad when you consider Temüjin (The Great Khan)
got nowhere near conquering such a vast area. 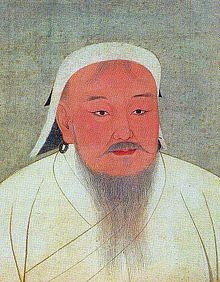 GENGHIS KHAN
(but to be fair, as far as is known he didn't have a 'laptop'!)
It is felt that in the none too distant future, like Chinngis, we shall also soon be confined to history!
Otherwise this short Post is simply centered on
Dinner Time at Harbins Farmhouse.
Another cloud-burst at close to 19:00 brought with it a fantastic 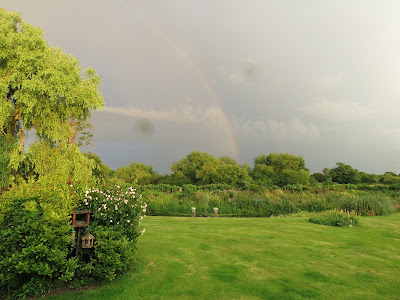 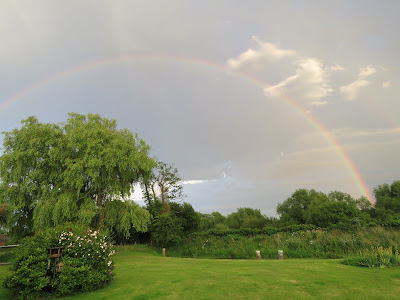 to the sky
and all having had our fill returned to the comfort of the lounge.
Not for long however as the distant 'calling' of what at first
ear-shot sounded good for an Oystercatcher (a first for Parley Court Farm
had it been one). More raucous as it got closer, this is what manifested itself,
landing on
Harbins Farmhouse Roof. 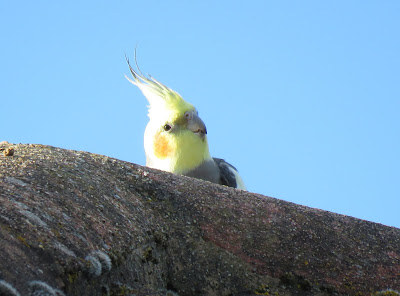 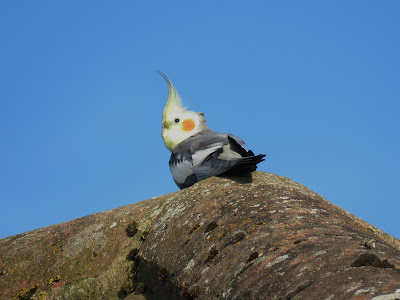 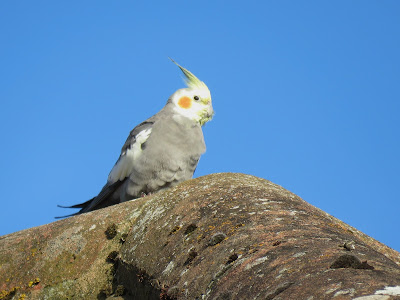 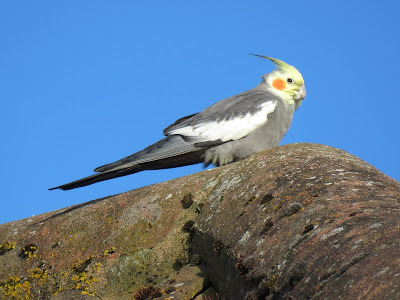