The Night Before - The Beatles

Catches from the Moth Traps continue to be sporadic mainly dependent on overnight weather conditions. An extremely poor show yesterday morning so maybe as well we had a few 'left-overs' from The Night Before? Is it a coincidence that the headline is the same? A long-distant migrant which may have come from as far away as the Shara the tiny 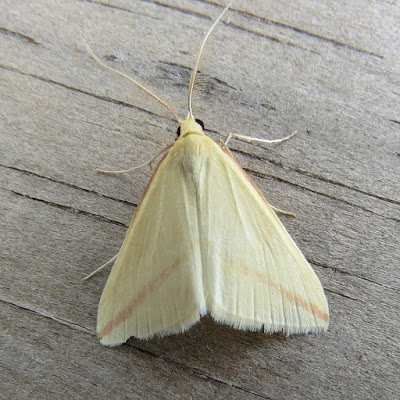 VESTAL
reached Parley Court Farm for the first time this year, as did 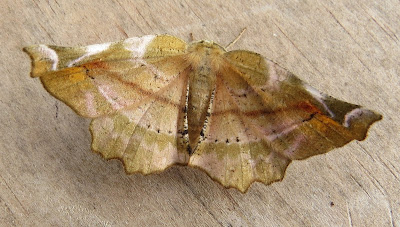 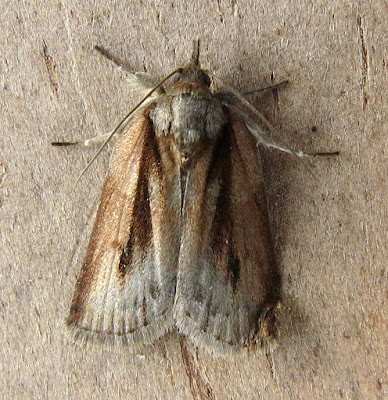 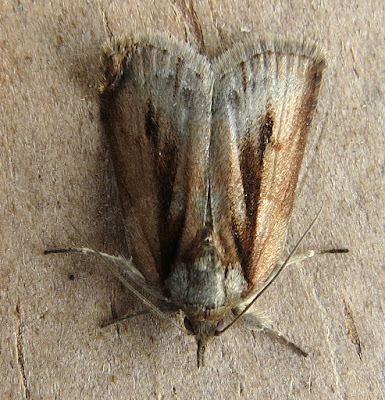 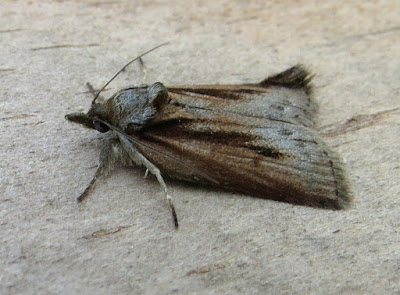 of a very variable Insect.
Also among the catch was this 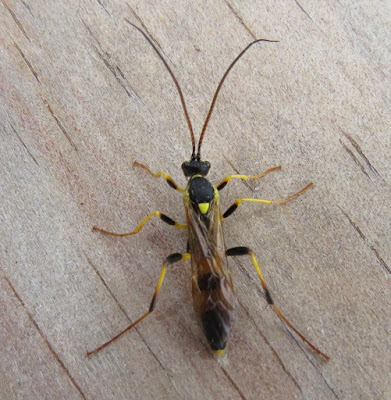 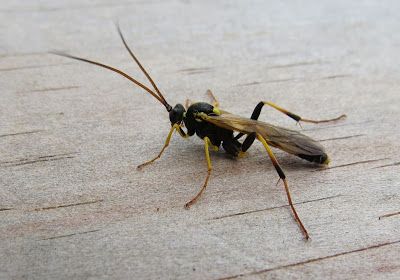 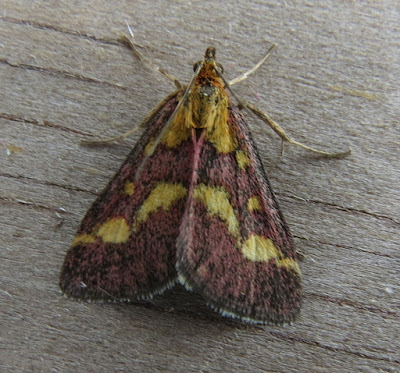 PYRAUSTA PURPURALIS
With a little more than a 'keen eye' for addition to our ongoing July List,
we started as usual at 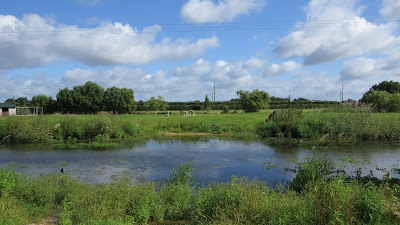 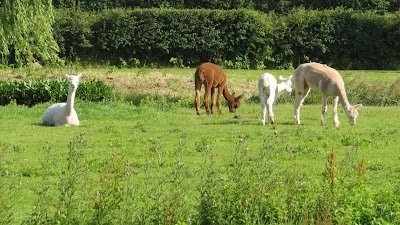 where it was clear that all the Alpaca were back in residence
and all sporting that Summer Look.
(bottom left hand corner)
and already the previously c4 family of 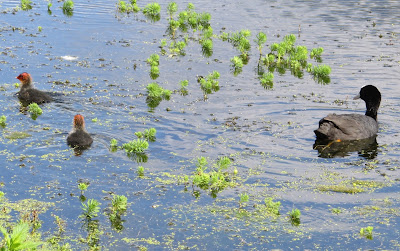 COOT CHICKS
is now reduced to c2 which is of no surprise as the hazards to these tiny birds are many and varied. From above the ever hungry Gulls are merciless while from below both Pike and the Red-eared Terrapin lay in wait, and with domestic animals also taking their toll! Interest at both the Irrigation Pond and Gravel Pit was no more than in previous days, although the Coots there have started sitting on the nest again? So, a little more time spent walking the perimeter fence of the Sewerage Works, with most likely addition being Grey Wagtail and Feral Pigeon. Of the latter, and stated before, this is an uncommon visitor/occasional resident here, so hopes were not high, while the Wagtails are still likely at their breeding grounds elsewhere. In a nutshell the search was fruitless but, driving towards the Solar Panel Compounds - that is no Jackdaw on that transformer - or is it? 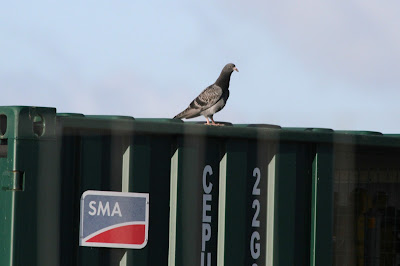 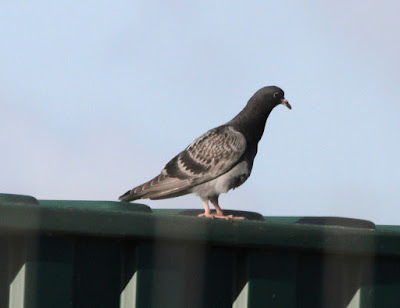 entered the log at 07:05
another 'tick' in a box!
The Heath was only interesting for a small but delightful show of 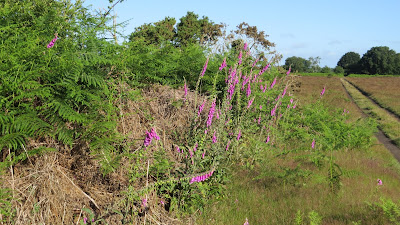 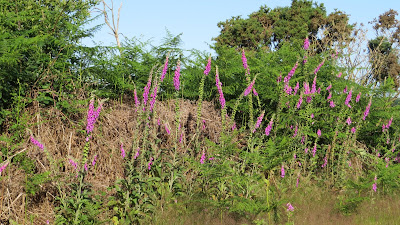 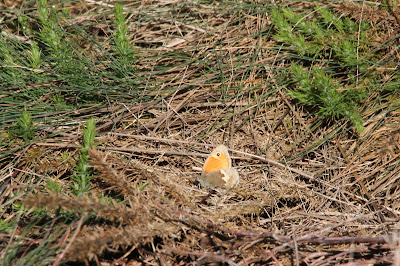 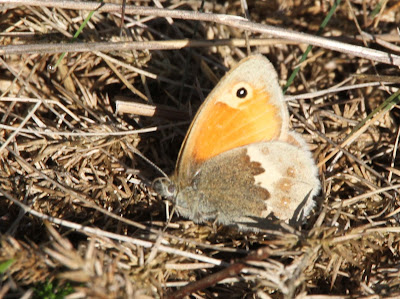 SMALL HEATH BUTTERFLY
plus, as usual during these days, a feeding juvenile
STONECHAT
Before leaving, and not for the first time on such breezy days,
a full 30 minutes were spent just sat under the
TREMBLING ASPENS
you can keep all your Wind Chimes
this is about as therapeutic as it gets!
There is unfortunately some bad news from this most diverse area,
where last year at this time somewhere in the region of 30??
juvenile Dartford Warbler fledged but not so this year.
Throughout the whole period of June 2016 only a 'single' has been 'heard',
where they have gone or what has happened is not known!
Since Hugh added a species to the June List a good deal of time has been spent
in the area known a Hale trying to relocate it but as yet without any luck. 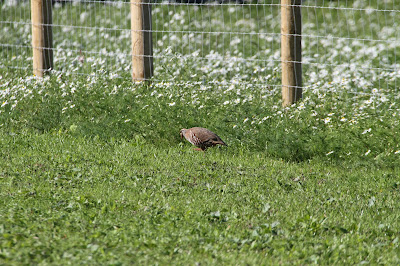 Only a matter of a few meters down the cart track 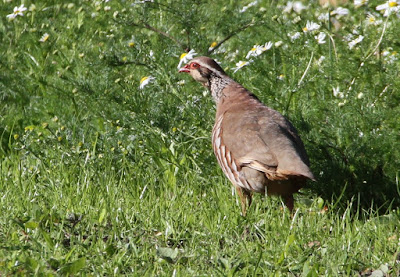 and in exactly the spot described, there was found a 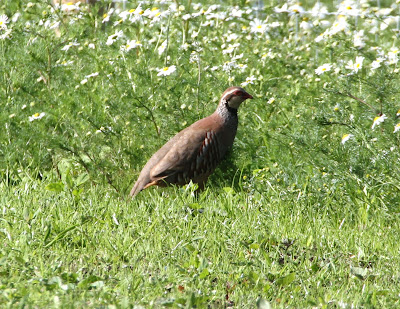 RED-LEGGED PARTRIDGE
another addition to the July List.
Along with a number of Lapwing and Black-headed Gulls there was also a
HERRING GULL
The Equestrian Centre was a 'last ditch attempt' to find a
Grey Wagtail but without success, but there was found Dani, one of our
Equine Ladies who took time for a chat and to enjoy the sight of 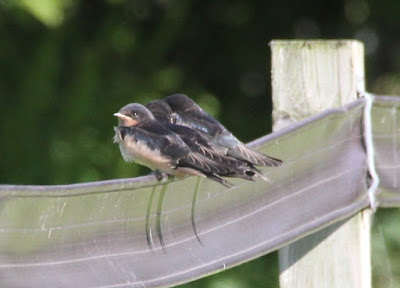 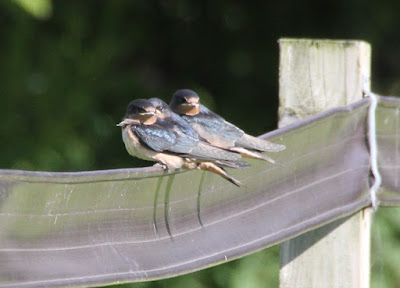 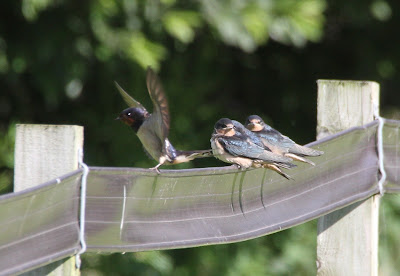 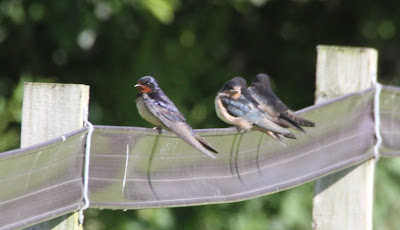 still being attended by the parent birds.
In passing Dani also pointed out this 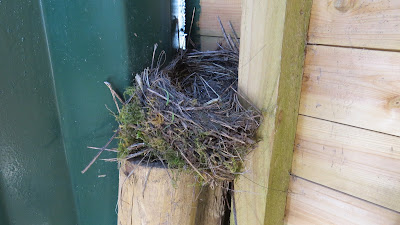 NEST
which looks quite likely to be that of a
BLACKBIRD 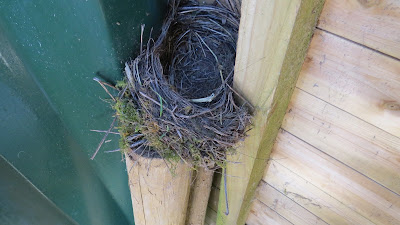 from the pristine condition, neither does it look to have been occupied yet?
In addition to all of this, no fewer than c3 Garden Warblers were heard singing
during the course of the day, which made up the 'third' Species never
recorded here in the month of July before.