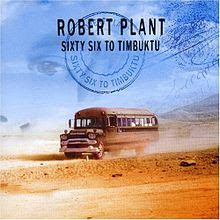 Festival in the Desert, Mali in 2003
The 'not to be missed number'
29 Palms Link
Having travelled extensively through the
United States of America,
and having set-foot in each of the 50 States, this song reminds me of
a nostalgic 3 days detour to savour the delights of the
City of Twentynine Palms, California
entirely motivated by this superb track.

Attempting to pay the hotel bill with this

it was found that the first night's accommodation was FREE
compliments of the
CSPD!
"In God We Trust, Everything Else CASH"
After the 'epic' 6-parter that was Going to My Hometown, and perhaps the one above, today we return to as close as we'll ever get to normality. With the combination of adverse weather conditions and August not exactly the best month for recording Birds we have found ourselves, over the past couple of days, concentrating on the PLANTS around us. In addition the Moth Traps have been suffering as these little critters don't like either the cool or the wet.

Best from the Traps heve been, 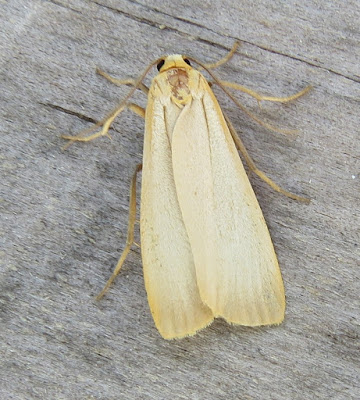 something of an unusual looking 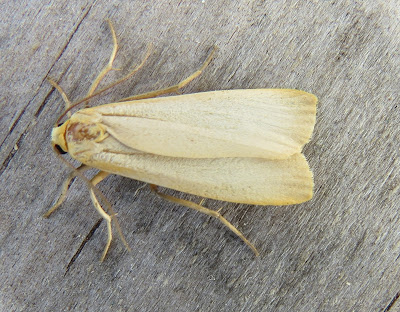 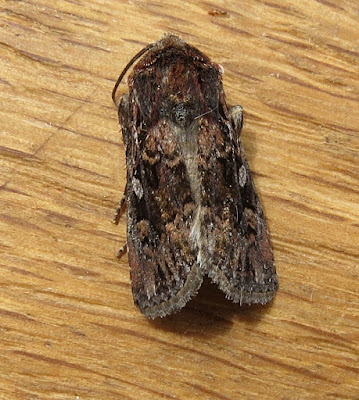 along with another novelty, this very dark
TRUE LOVER'S KNOT
which could probably qualify as melonistic?
With the 'food plant' in Bloom we can now tell you more about the extremely scarce 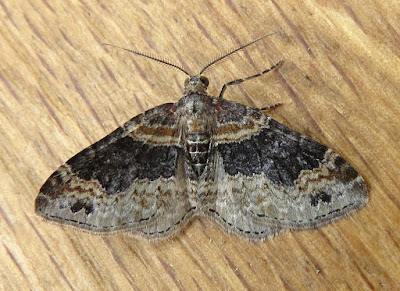 BALSAM CARPET
which within the Dorset County Borders is only known to be caught
with regularity, and breed here at Parley Court Farm.
The reason for their existance here is the abundance of the
exclusive food plant 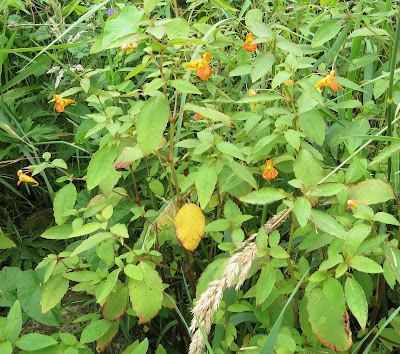 ORANGE BALSAM
an alien species from the east.
Prior to our discovery here, only c2 specimens of this Moth had been
taken in Dorset, both in the year 2007.
As with those 2, our first capture was attributed as a likely
'wanderer' from a small collony in Neighbouring Hampshire, but
as numbers increased a determined search was strated to find the host plant. 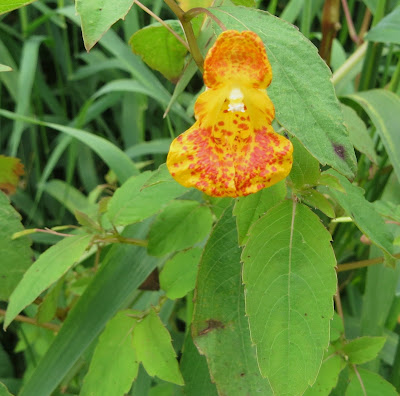 The thrust for this research was coordinated by our close friend Dave Foot, who does not live close by, but before long he discovered the first plant. Additionally, this Insect produces 2 'generations', one in May and June with the second being confined to July and August. We continued to catch more but only from that formed period, which did suggest 'breeding' but when last year a number were also captured during the latter period this provided sufficiant evidence to prove a 'breeding colony'. The first for this year was taken on 21st July, and then daily since that date, with a total of c15 up to, and including, yesterday.

Before continuing with the BOTANICALS, and punctuations,
we take a moment to Thank our friend
John Gifford
for assisting with a number of the identifications. 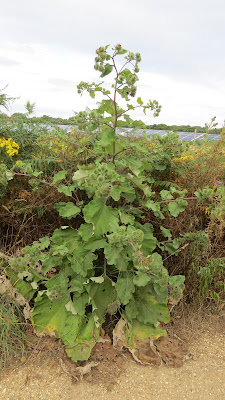 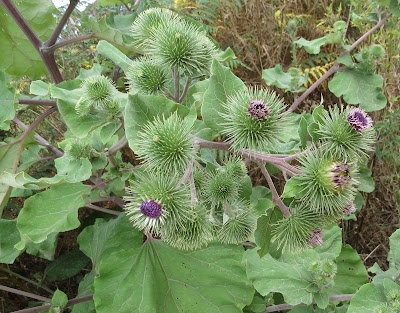 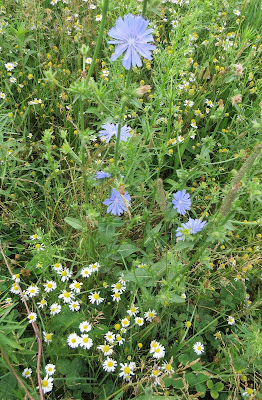 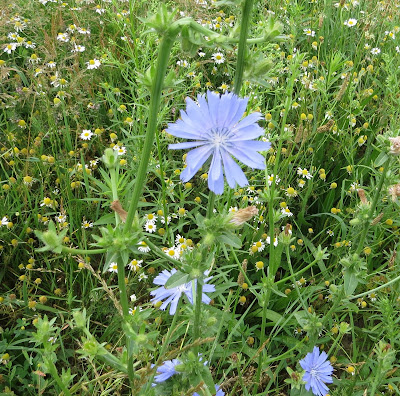 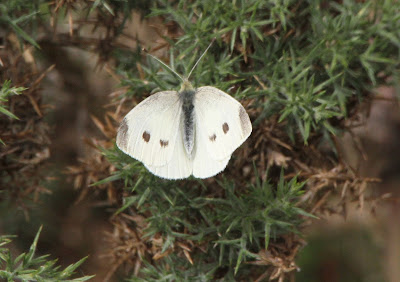 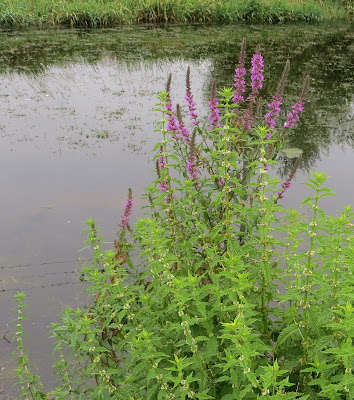 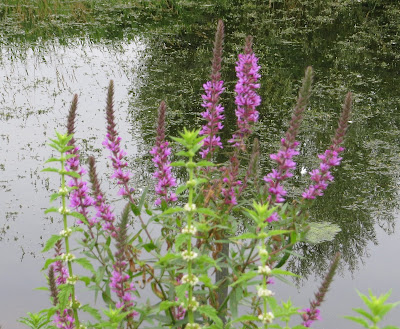 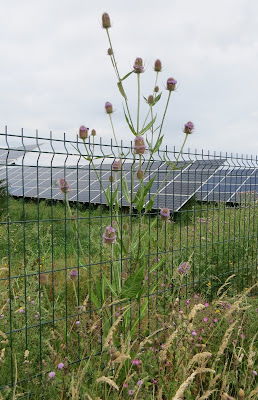 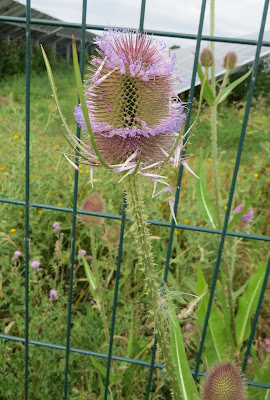 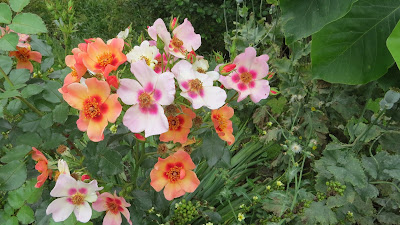 and while we rarely feature garden plants this
ROSE
in the Harbins Farmhouse Garden
was certainly thought worthy of the feature! 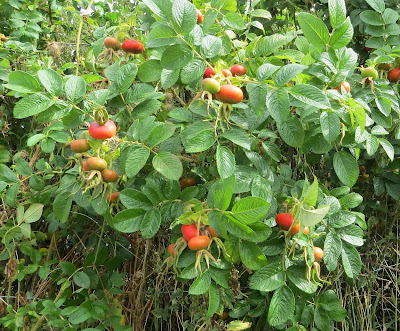 Talking of which, other 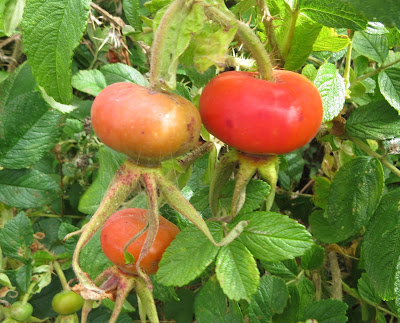 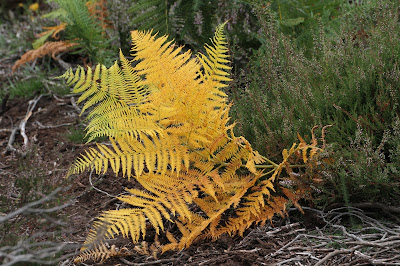 Over on the Heath as well the
FERNS
are showing shades of Autumn.
Robert Plant! - Get It?

STARLINGS
mob-handed raid the Tennis Court,
and to end something we found facinating yesterday.
GOLF BALL COLLECTORS
in action at the
Parley Golf Club Driving Range.
An advertising fee has been billed.
Entry