Monday into Tuesday saw just about none stop rain and fairly high winds, for that 24 hours period, which all but put paid to any sensible field work, so we capitalized by confining ourselves to Slight Return II. This also gave us chance to try and get 2 of our 3 laptops fixed as over recent weeks we have been juggling between one or the others just to get our Posts away. In the first instance this little ditti highlights our daily track to the Moth Traps, then one or 2 other images followed by some of the more interesting buildings etc around the rest of the Farm. 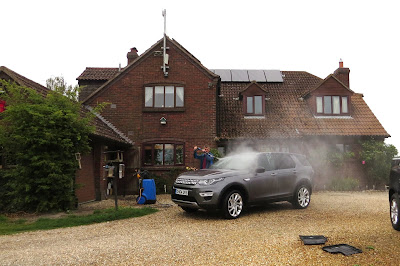 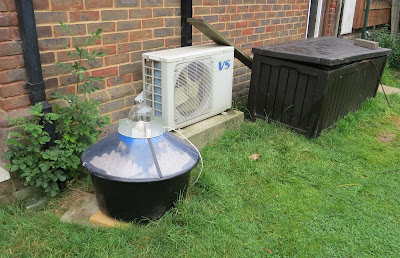 Moth Trap No1 on the east side of the house.
Where each morning for the past week a very mobile juvenile
ROBIN
lays in wait.
Across the lawn and onward towards  the 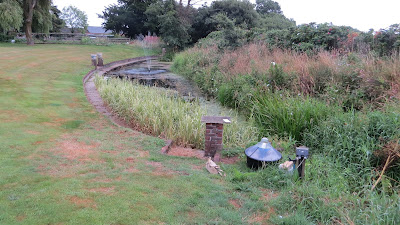 GARDEN POND
to Trap No2 and then past the 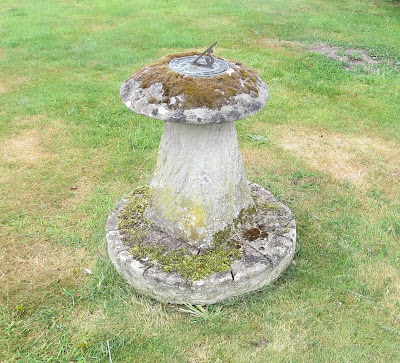 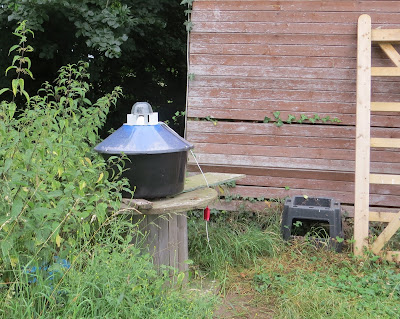 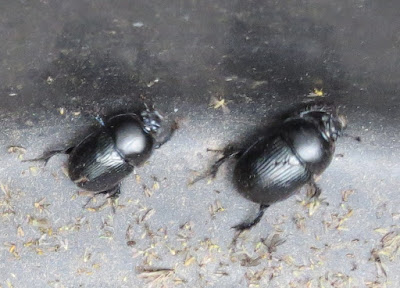 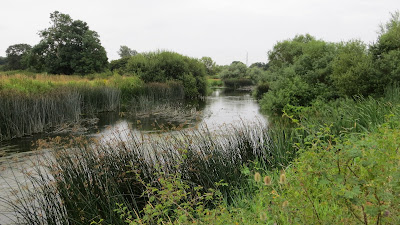 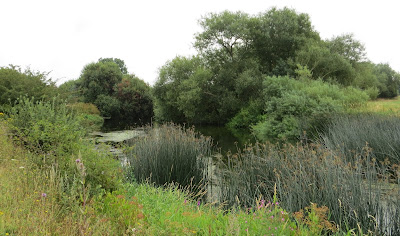 where
BULRUSH
are taking over but also 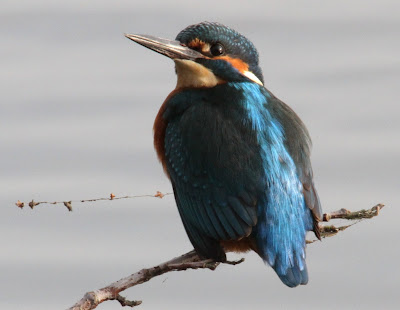 KINGFISHER
are now being seen daily, often tending their young, while 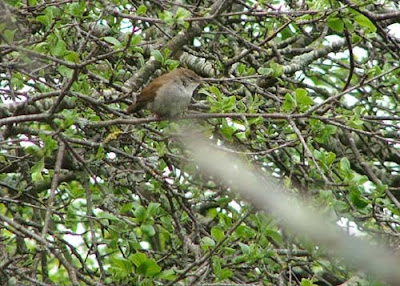 more often heard than seen, but also thought to have bred,
CETTI'S WARBLER 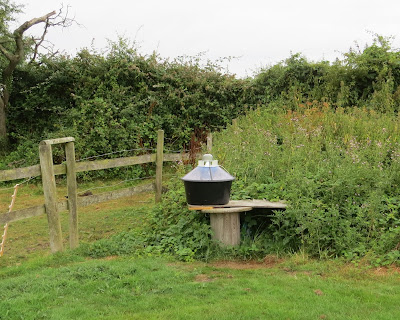 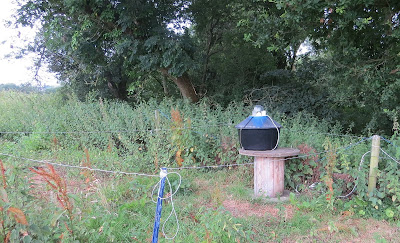 5th and final trap under the Oak Trees 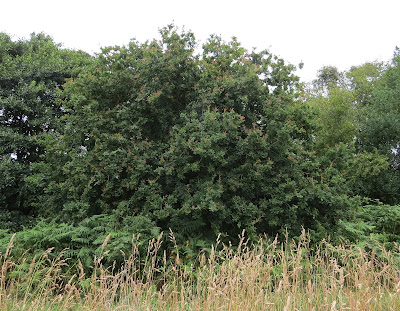 it was noticed that already 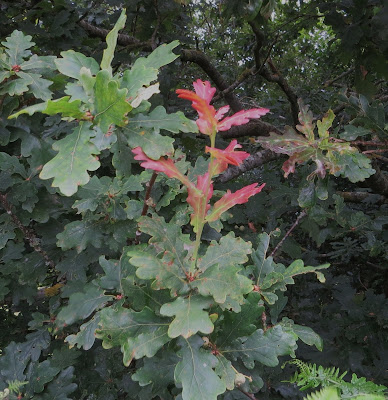 the foliage is turning brown.
The only 2 Moths of interest on the day were 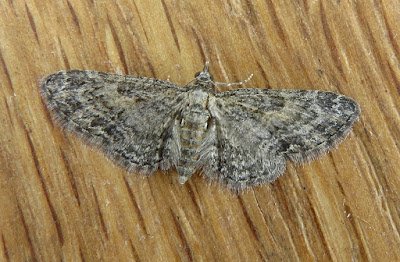 MAPLE PUG
new for the year 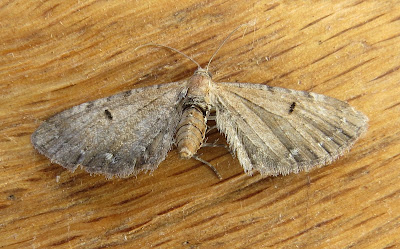 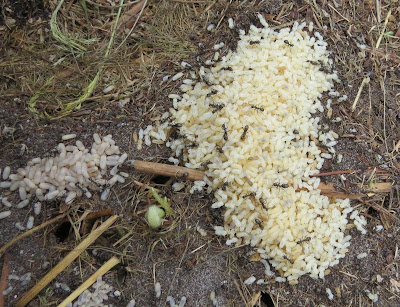 COMMON BLACK GARDEN ANTS
just bulging with eggs.
With Notes and Identification completed as far as is possible we then head for 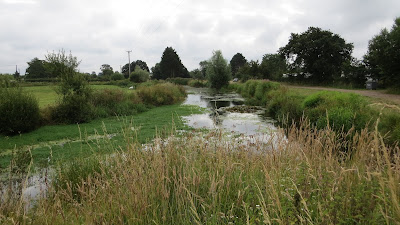 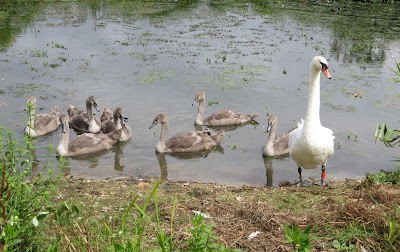 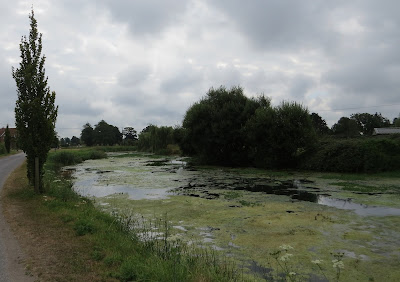 around the other side the 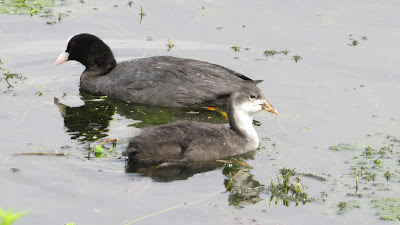 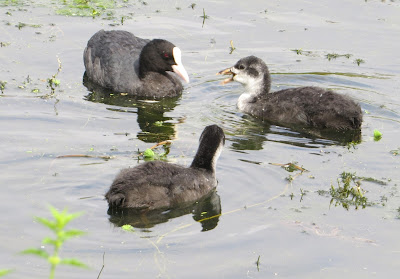 are still holding on to 2 youngsters.
Problems here for young birds are that if the Gulls or Raptors
don't get them from above then the Pike and Giant Red-eared Terrapin
usually do from below.
Now, on this final part of the initiation we can show you around a few more
of the buildings scattered around the farm. 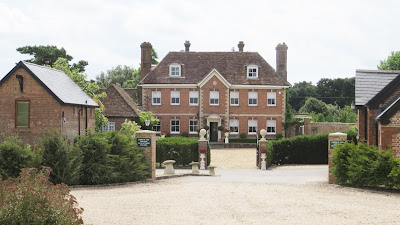 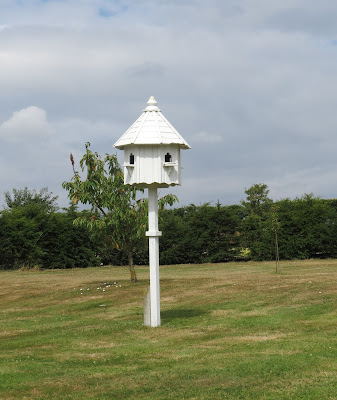 DOVECOT
where last year this
TAWNY OWL
brought off 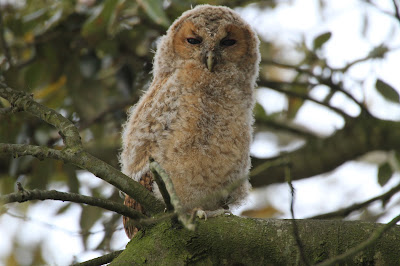 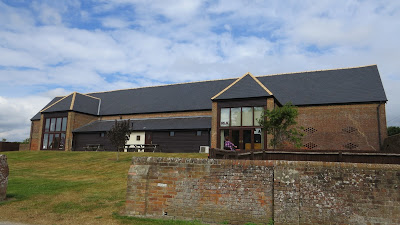 All of the Old Barns have now been thoroughly modernised 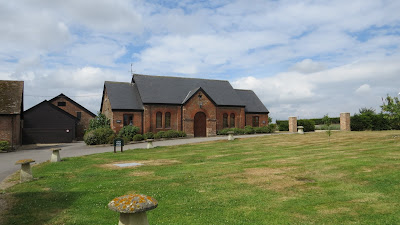 with most now serving as 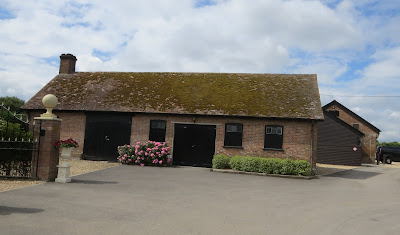 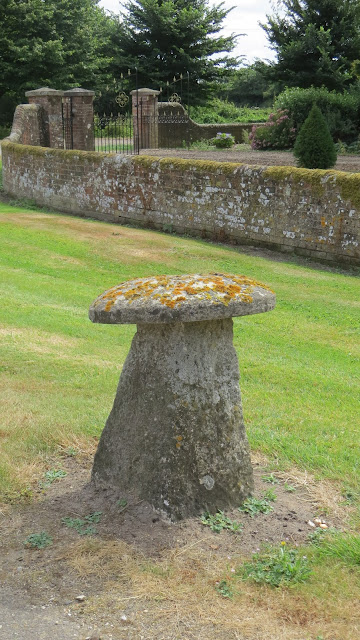 Another, of several more
STADDLE STONES
formally used as supports for buildings holding grain and whos
purpose were to keep Rats and other vermin from the precious corn within. 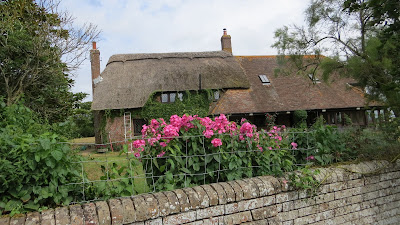