All In A Mouse's Night - Genesis

It doesn't have to be a bustling day as everything here is new to
Jean-Francois.
Maybe just as well as things still remain fairy quiet. 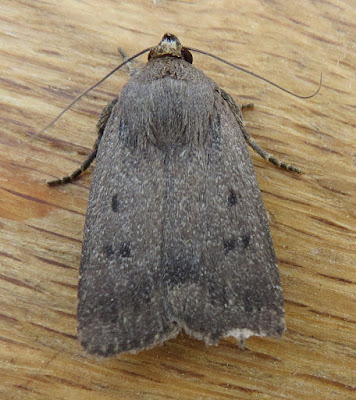 A First for the Year 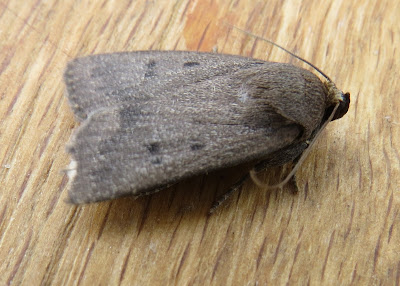 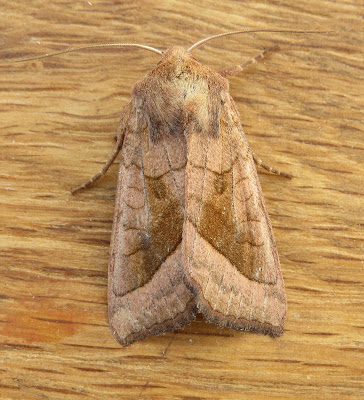 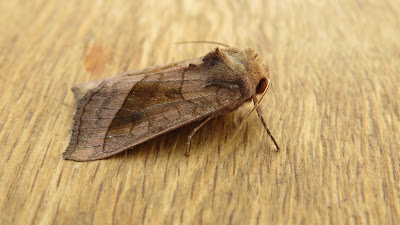 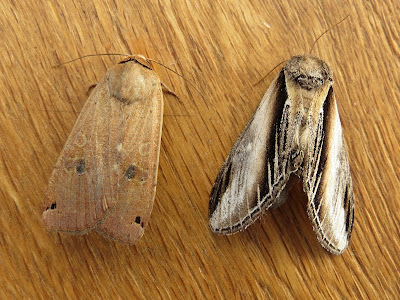 This image was taken for no other reason than to emphasis the size
of the Moth on the right. 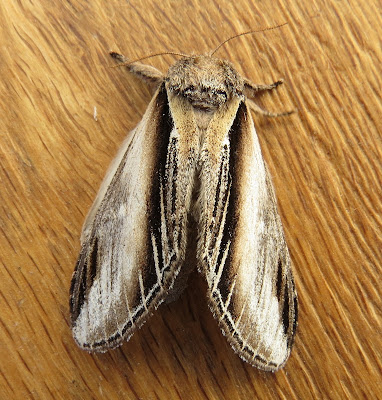 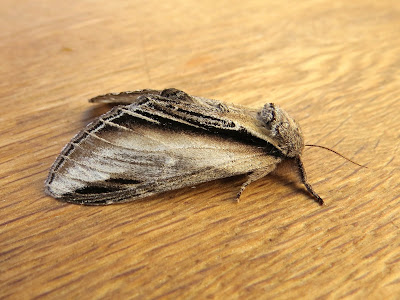 However, if you don't know the size of a Large Yellow Underwing
(left) in the first place, the comparison is about as useful as a
Chocolate Fireguard!
Most, if not ALL, of the action came from the Heath yesterday save for
a quick update on the 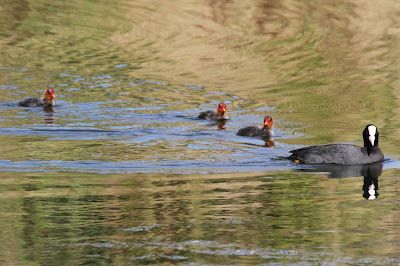 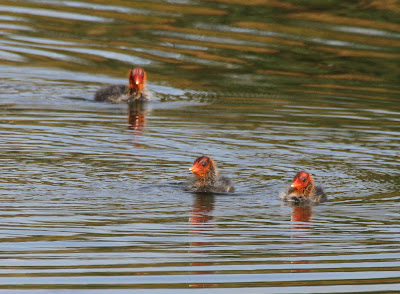 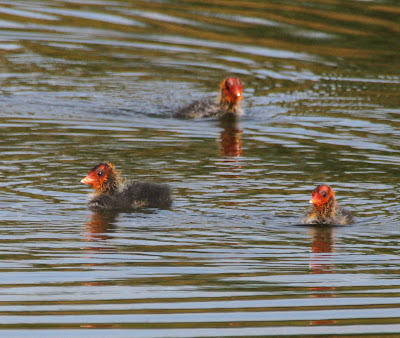 reducing chick number from 4 to 3.
Otherwise, on entering the Heath this presumed 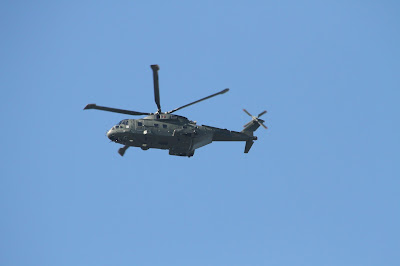 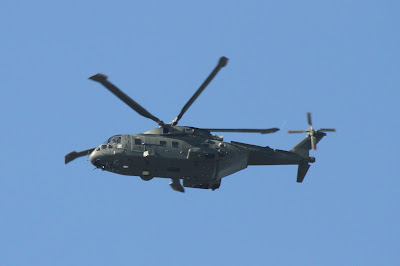 decided to do a fly-past flush what little there was there in the process. 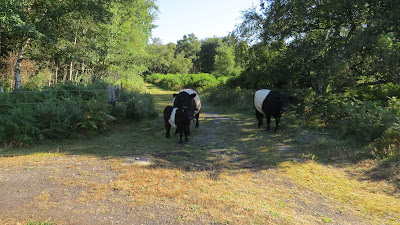 It didn't seem to bother the c5 (rare breed) 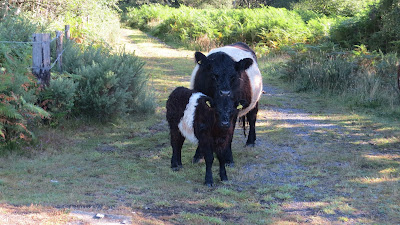 BELTED GALLOWAYS
which, in this weather. are keeping a very low profile in the shade of the woods
except on Friday when 3 of them managed to broach the barbed-wire fence
enjoying an 'away day' on Bournemouth International Airport. 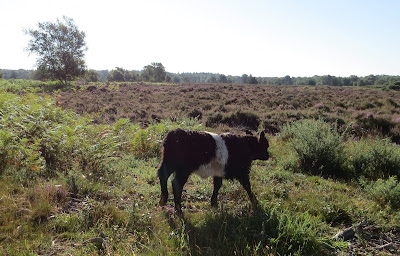 The Calf
growing by the day. 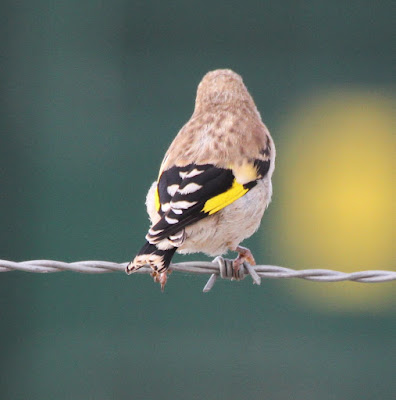 We have done exceptionally well across the 'small birds' breeding season 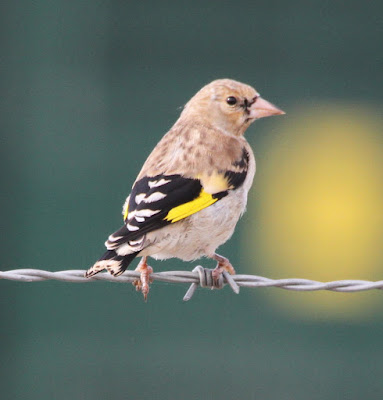 with possibly hundreds of juvenile
GOLDFINCH
and once again some Reptiles are starting to appear again. 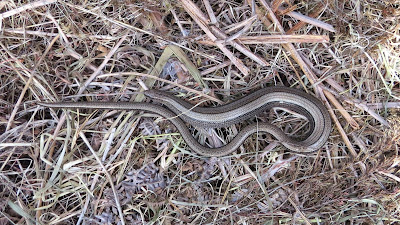 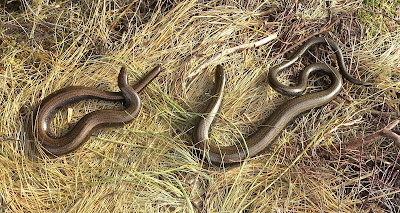 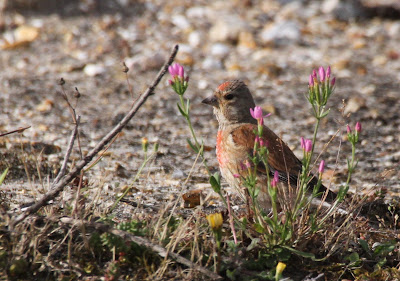 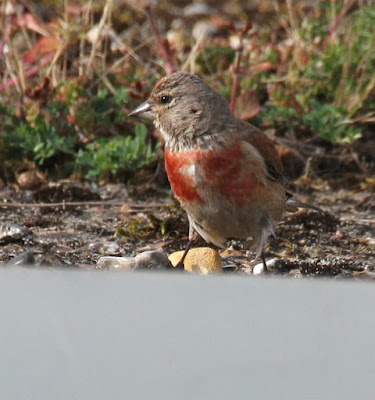 LINNET
and a new arrival on the
Redundant Aircraft Pan a 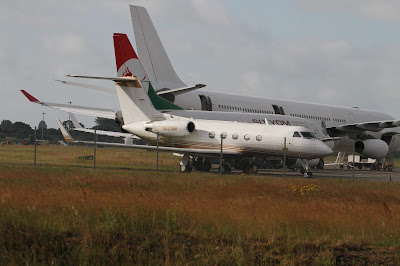 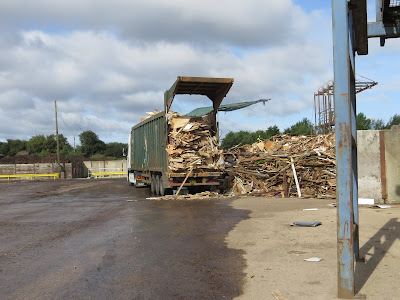 Huge Lorry
discharging its cargo of scrap timber.
This is 'chipped' here on site and then transported to the
Empress Dock in Southampton (former dry-dock for Queen's Elizabeth and Mary)
where it is turned into pellets before being shipped to either Sweden or Holland
as fuel for power generation.
That ECO has to be the canniest business in the World,
as they pay to take it in, then pay to take it out again!!!! 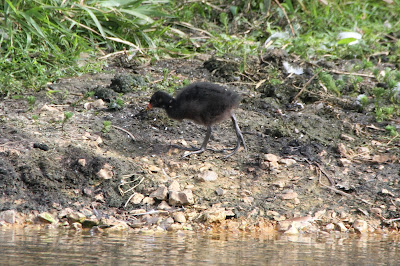 A quick look at the only remaining juvenile 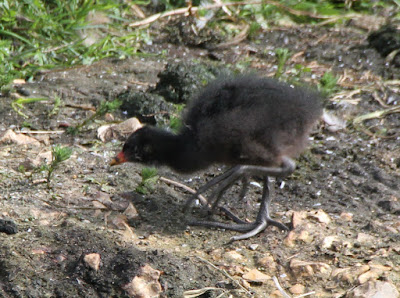 MOORHEN
on Parley Pond, but another still survives on the Harbins Garden Pond. 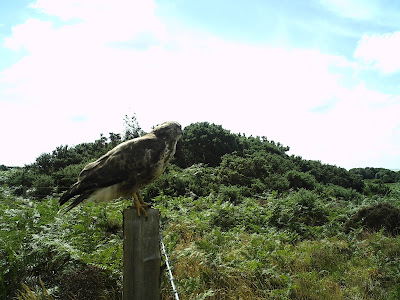 All we can show you from the Trail Cameras is yet another, or the same
COMMON BUZZARD
Entry