On An Island - David Gilmour

After yesterday's wander through Wildlife-ville
again today we set off to discover more about Dorset than
Wild Things, but not before the Moth Traps were checked.
Both 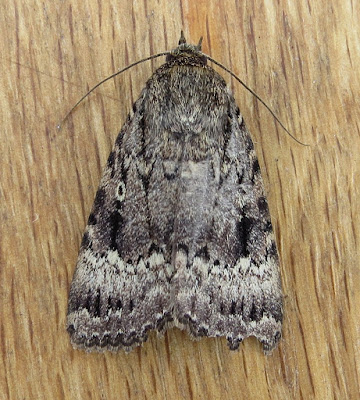 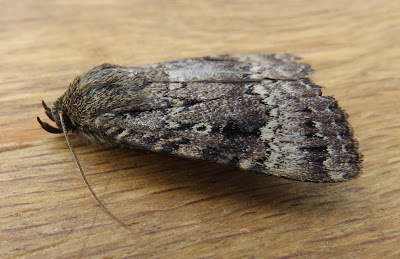 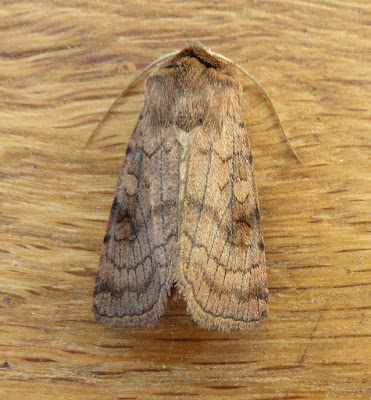 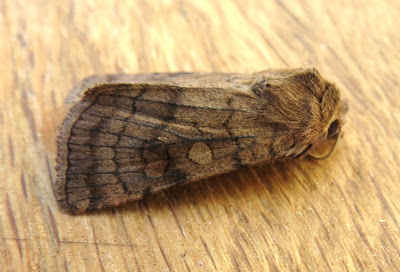 SIX-STRIPED RUSTIC
are additions to the Year List while 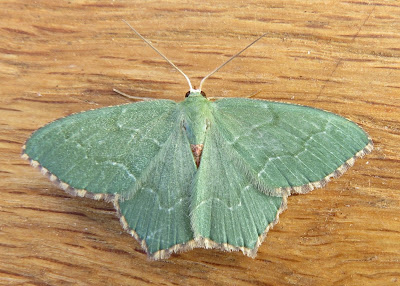 COMMON EMERALD
is nothing more than eye-catching. 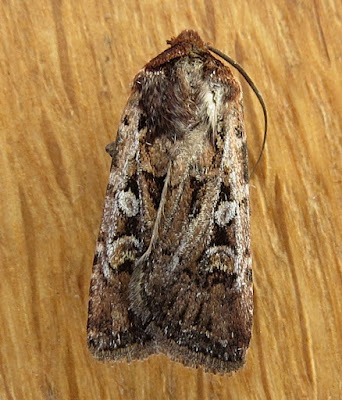 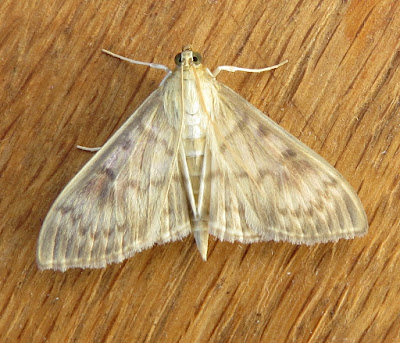 MOTHER of PEARL
We started yesterday's Sight Seeing at 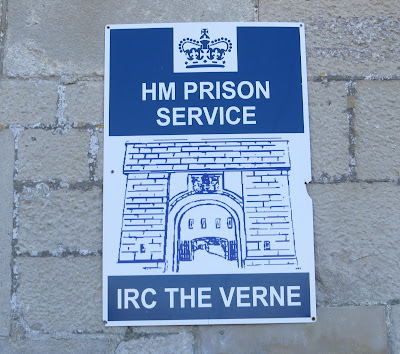 the Maximum Security Jail
on the Isle of Portland here in Dorset. 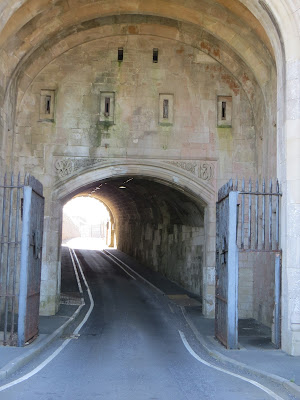 The spot opposite this gateway affords the best panorama looking north. 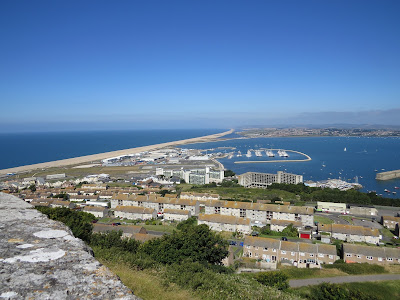 From left the huge expanse of West Bay and then the 18 miles of shingle that is
CHESIL BEACH
one of the minor natural wonders of the world. 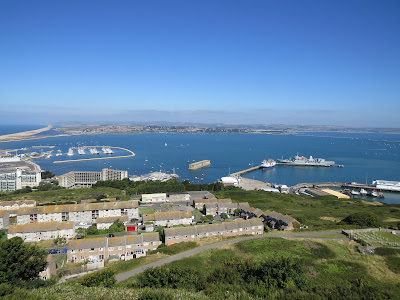 Left again is the National Sailing Academy, a legacy from the 2012
Olympic Games, and centre Queens Pier the main berths for larger shipping. 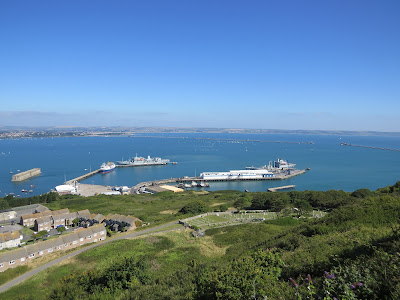 On the left can be seen a pair of 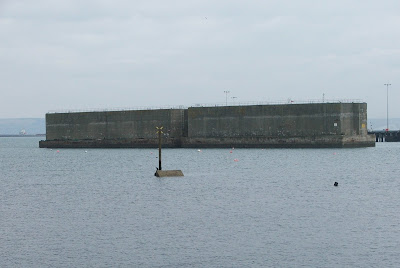 MULBERRY HARBOUR UNITS
used in World War II as, for want of a better expression,
Mobile Harbours while centre is
COALING PIER. 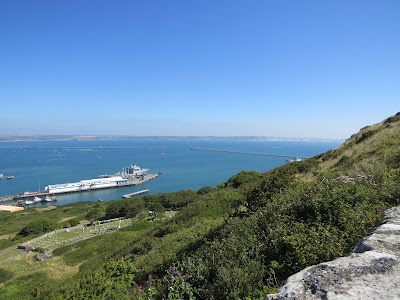 Right of the Coaling Pier the view takes us across
Weymouth Bay and onward to the
Purbeck Peninsular.
Onward to the most southerly tip of the Island and 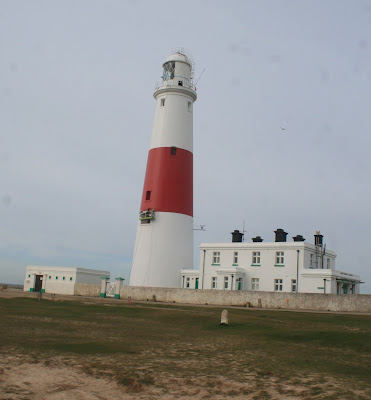 PORTLAND BILL LIGHTHOUSE
the only 'active' one of the 3 lighthouses here. 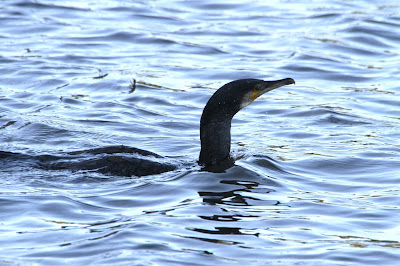 Unfortunately, hardly any birds so this
CORMORANT
was most welcome. 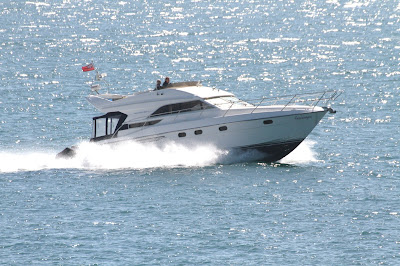 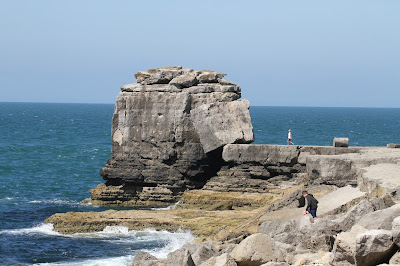 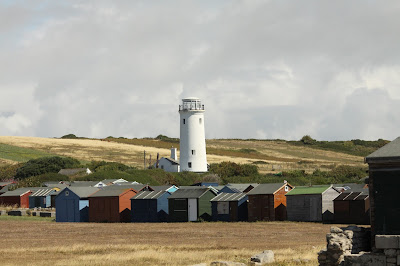 The second oldest of the 3 the
OLD LOWER LIGHT 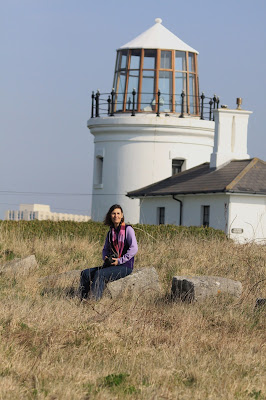 along with the oldest. 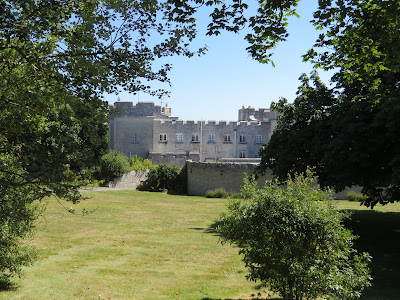 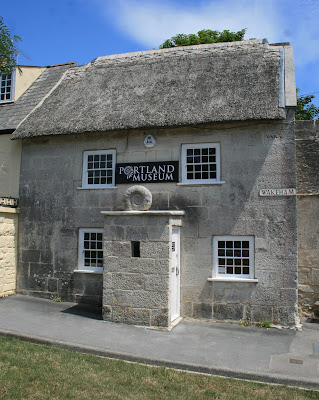 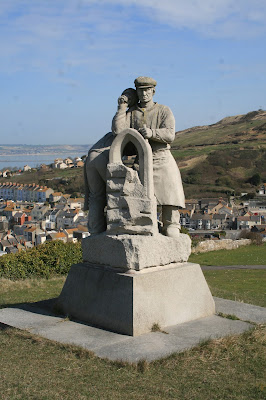 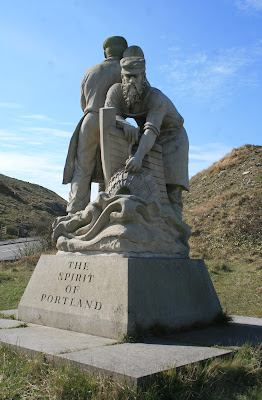 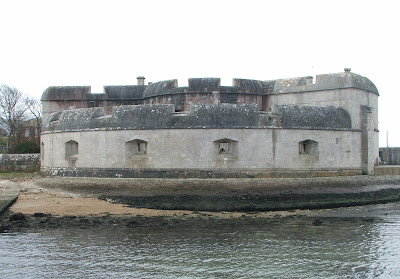 PORTLAND CASTLE
built as part of Henry VIII's Sea Defences.
"But - Don't Look Back in Anger
I Hear You Say"!