For the third time running this August the day
has started with an early morning, extended pulse of heavy rain,
along with more blustery wind and even at this distance it can be seen that one of the
Moth Trap U/V Lamps is extinguished so not the best of starts!
The penultimate part of our introduction to our Recording Area centres on Merritown Heath, a small 'postage stamp' of the 1/10th that remains of the original total and described by Thomas Hardy (The Bard) as "The Blasted Heath"! We make that distinction (Bard) as we are blessed here in Dorset with 2 Internationally recognised HERO'S of the same name. The second is Thomas Masterman Hardy, Vice Admiral, Flag Captain to Admiral Lord Nelsons and Commanding Officer of HMS Victory at the Battle of Trafalgar in October 1805. He was also instrumental in 3 other major sea battles, The Nile, Cape St Vincent and Copenhagen but for all that his most famed notoriety came when on his death bed at Trafalgar Lord Nelson, it is claimed, uttered those immortal words "Kiss Me Hardy"! Being an 'Old Salt' myself I am able to read between the lines! But back to the job in hand........
The notable Insects from the Moth Traps included:- 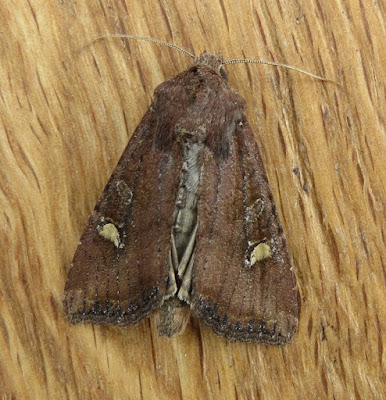 a First For the Year 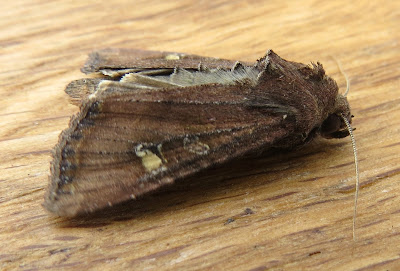 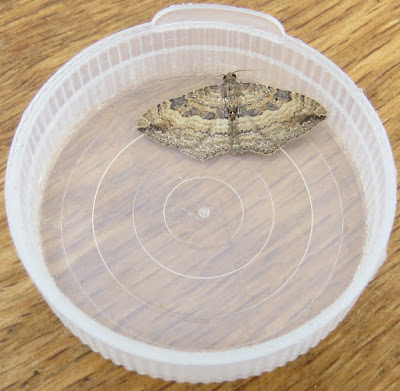 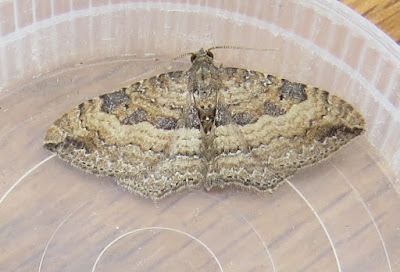 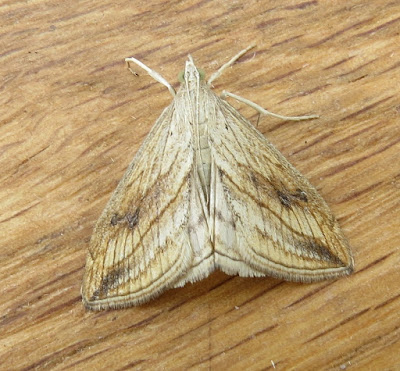 and the more or less obligatory Micro Moth

GARDEN PEBBLE
Some scenes across the Heath. 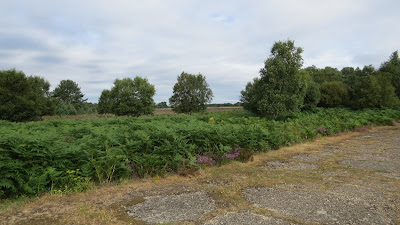 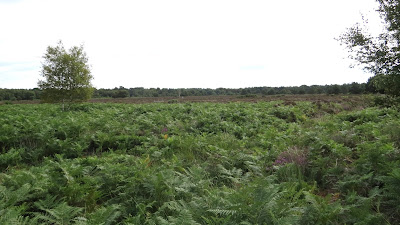 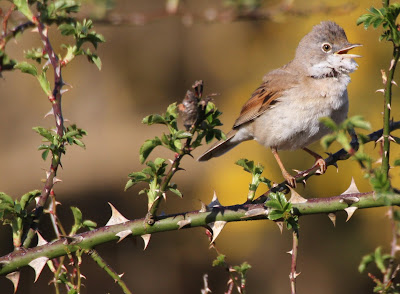 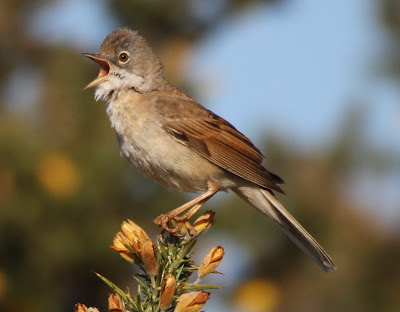 are now showing off their 'young' here but the juvenile birds
have proven to be far to nippy for this kid. 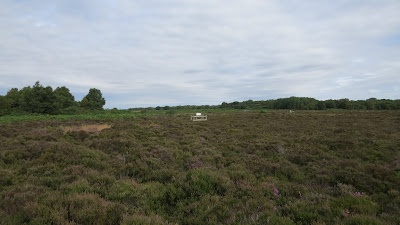 A tract of Heather where lives the 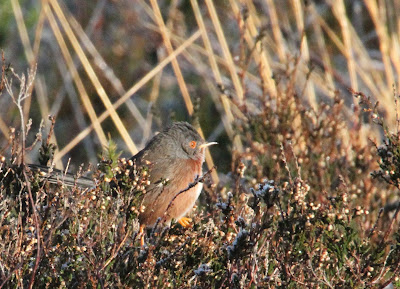 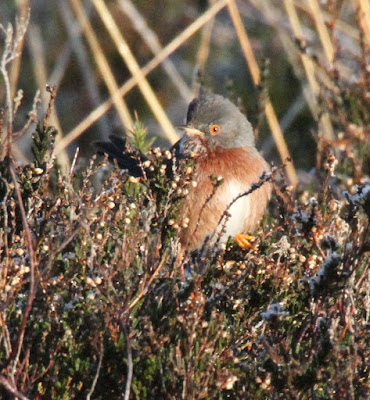 which have been extremely elusive during this breeding season.
Just a single bird was heard in mid-June and ditto for July,
while yesterday was the first time one has shown itself in all that time. 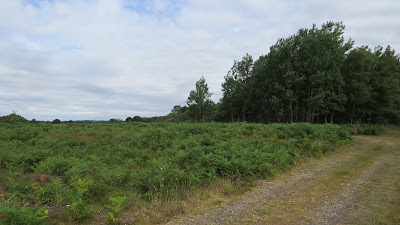 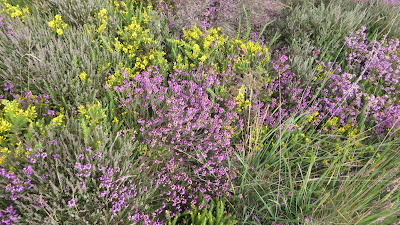 and best of all, for me at least, is the contrast of colours between the 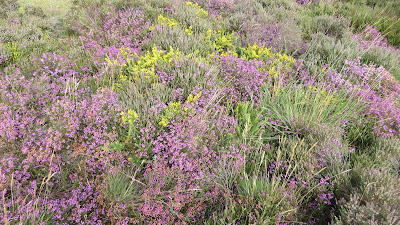 HEATHER and the GORSE 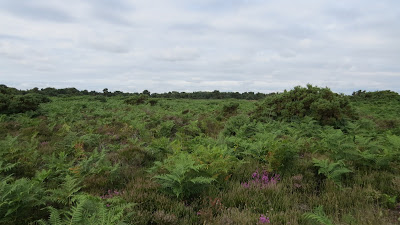 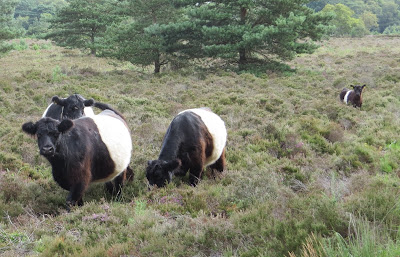 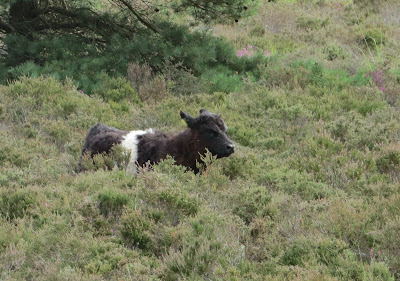 along with the
CALF
and in their favoured shady nook.
We were just in time to see the

QATARI ROYAL JET
taking to the air.
No doubt the Shaikh taking the missus on a shopping spree
to London, where it is said they land on The Mall and then use
their Bus Passes to get to Mayfair, but we cannot verify that!
Finally, this is where the 2 Trail Cameras are stationed and over
the past couple of days we have been conducting a small experiment.
When the fridge went on the blink a rather nice looking Lamb Steak
was spoilt so thought worthy of being 'nailed' to the fence posts in front of the cameras. 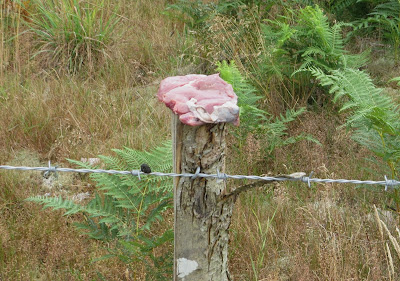 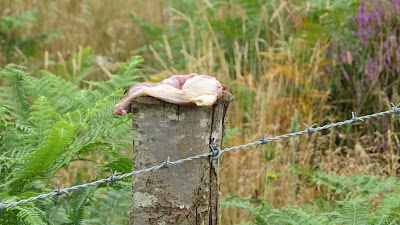 There were no prizes for predicting what would be the first, and likely only, visitor
and here are the results. 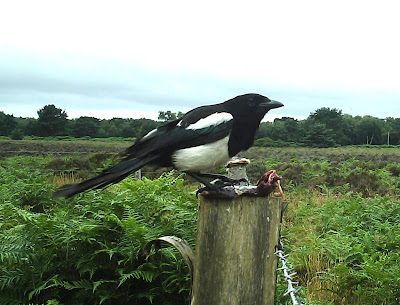 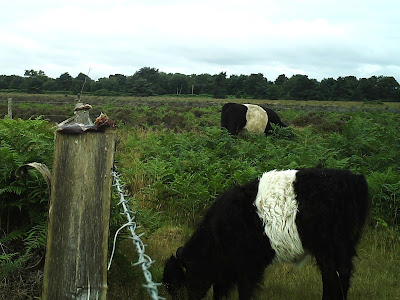 CALF
getting in on the act again.