It was an altogether short day in the field yesterday as there was a pressing engagement in Weymouth that was simply unavoidable. With my Visa and Passport both in correct order it was a quick turn around which took no more than 2 hours 20 minutes door to door and we also managed to squeeze the Moth Traps in prior to departure.
New for 2016 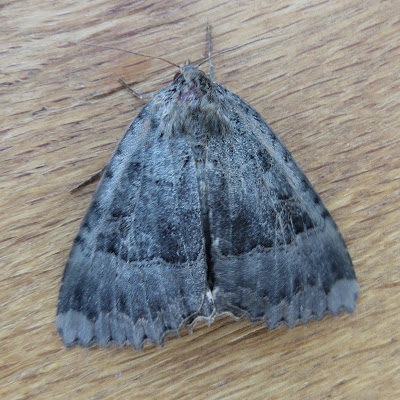 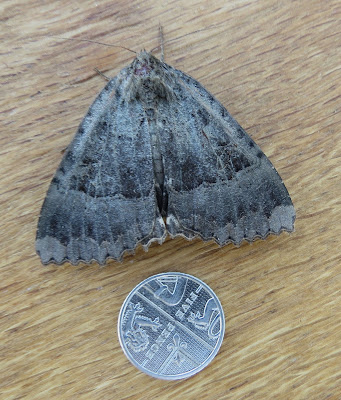 and for size comparison. 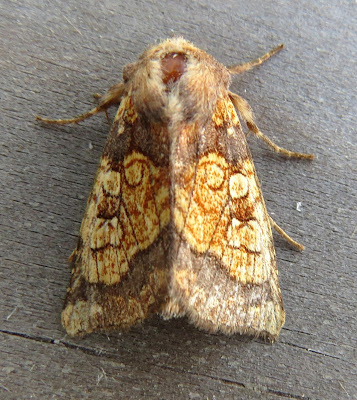 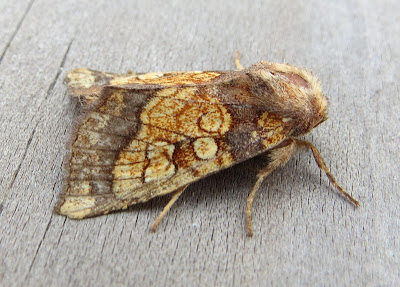 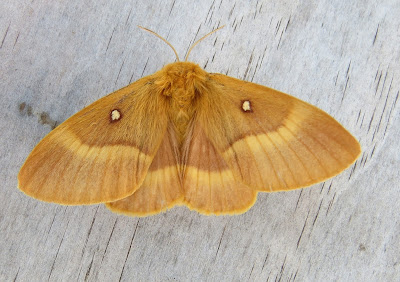 and another 'monster' this time a female 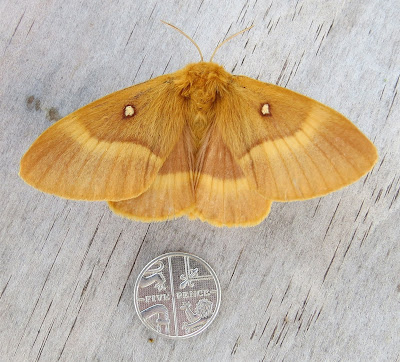 OAK EGGAR
Yes, 'common as muck' especially here in the breeding season,
but it was thought this short series of images of a 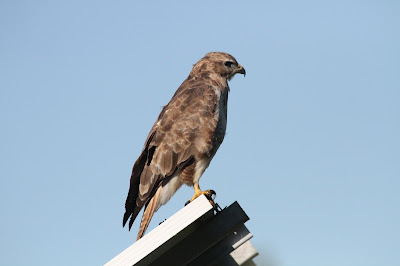 COMMON BUZZARD
carrying out its ablutions on the Solar Panels
may be seen as both interesting and amusing. 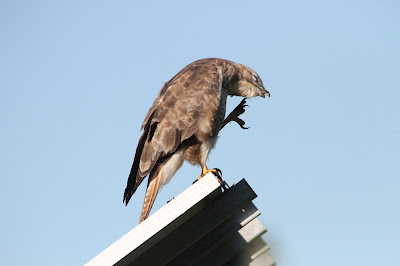 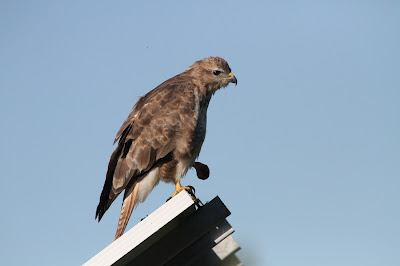 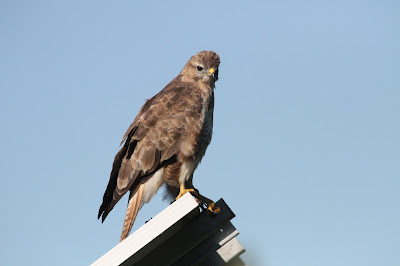 followed by surveying its domain 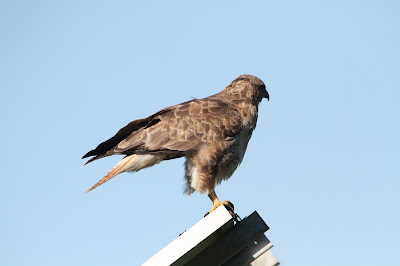 before jettisoning a little ballas! 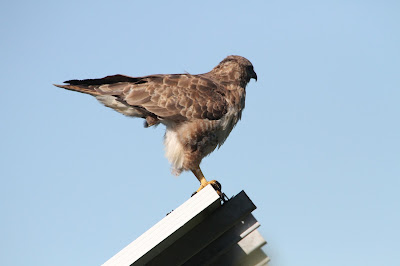 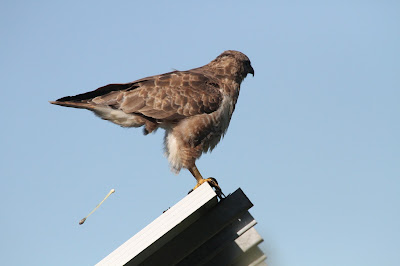 ahhrrr that's better!!
At the Irrigation Pond most things were much the same, except 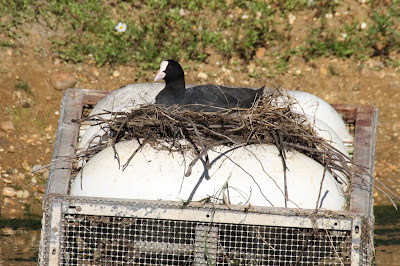 for whatever reason the female
COOT
has returned to the ancestral home, surely not to attempt another brood?
The Juvenile Coot
meanwhile stretching its legs,
and a different
ROE DEER
Back at Slight Return II 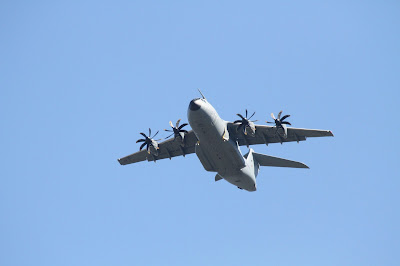 there was much activity from above as an 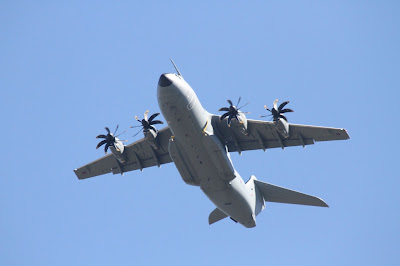 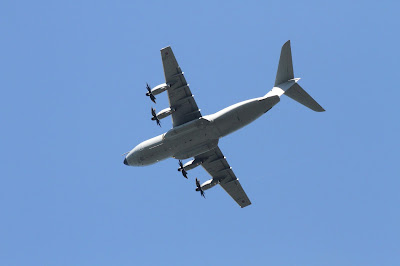 once again paid us a visit. 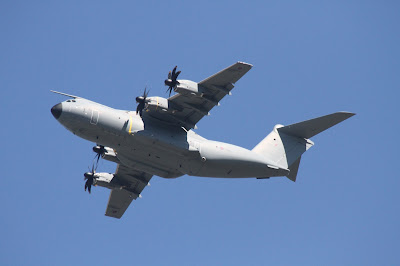 One has never been seen to land or take-off from Bournemouth International Airport,
simply spending the day steaming backwards and forwards directly over our heads.
Our theory is that they are carring out Radar or other Gadget Calibrations? 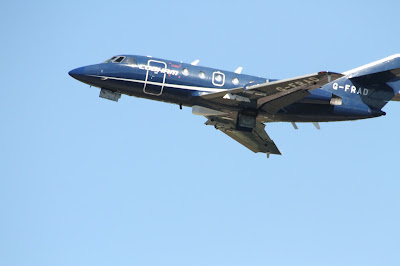 One of the 5
COBHAM JET TRAINERS
(so close we couldn't get it all in the frame)
mostly used for practise on In-Flight Refuelling
and what these days they call the
Thursday War with the Royal Navy.
Back in my day this one day of the week was set aside for
Naval Anti-Aircraft Gunnery Firings for ships involved in
Work Up, prior to joining the Fleet, out of Portland.
In those days it was known as the Wednesday War but no one is spared when it comes to
Government Cuts!
FOR THOSE OF YOU INTERESTED IN 'AIRCRAFT IDENTITY'
PLEASE VISIT THE ROY NORRIS COMMENT ON 28/08/2016
GOING HOME - DIRE STRAITS!
Entry