As Sure As Eggs is Eggs - Genesis

Over the past couple of nights the weather conditions
for Mothing have improved fairly dramatically,
but no one seems to have told the Moths as catches
have remained mostly unimpressive. The Best of the Bunch
for Tuesday included 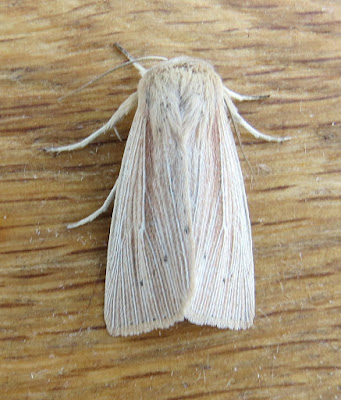 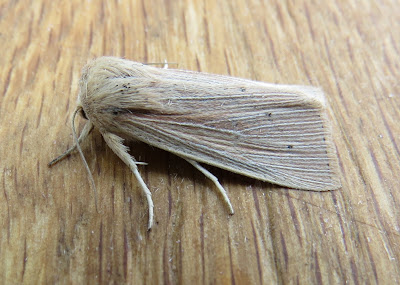 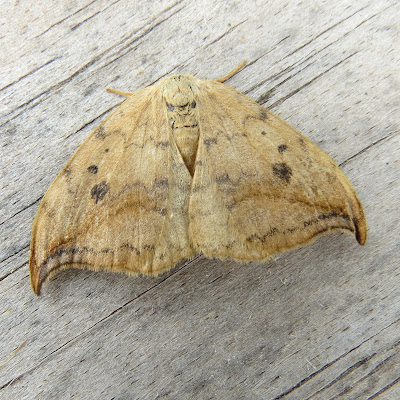 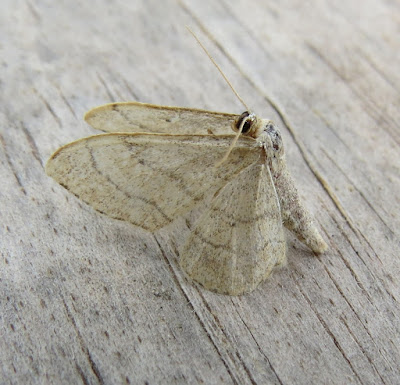 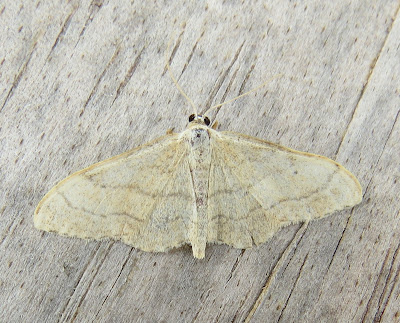 SATIN WAVE
none of which were additions to the Year List.
The attendant identifiable Micro Moth (if we have it correct) was
BROWN CHINA MARK
and additionally the traps also contained 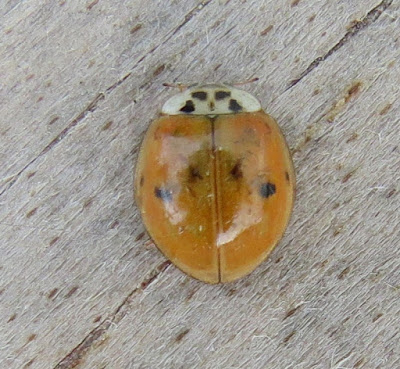 two variations of the most kaleidoscopic of all the
British Ladybirds 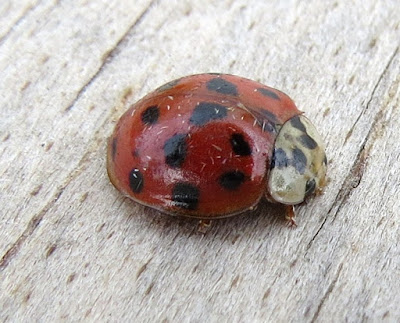 HARLEQUIN
At the Irrigation Pond, 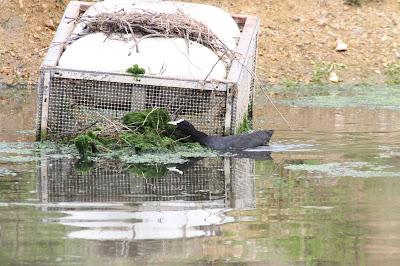 and contrary to our previous report, it would now appear that the
COOT 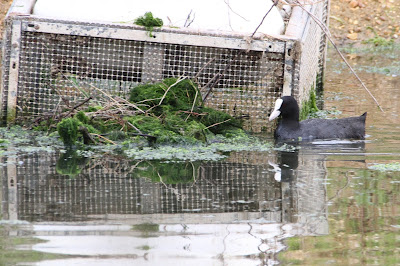 are now making alternative arrangements for their continued
procreation by building a new nest altogether.
A bit of a Monster to say the least.
While they are about it the Pond continues to be shared by a 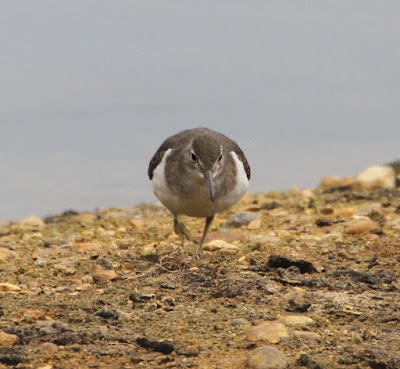 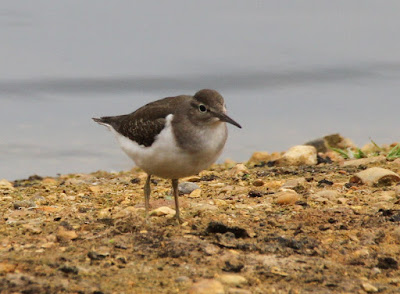 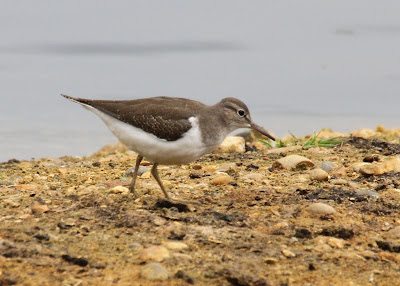 which seems to become more confiding as the days go by.
At the Irrigation Pond the action deminished somewhat, seemingly
down to just the single and continuing semi-resedent 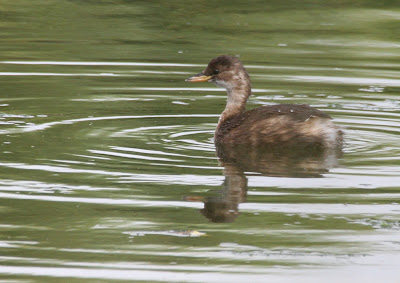 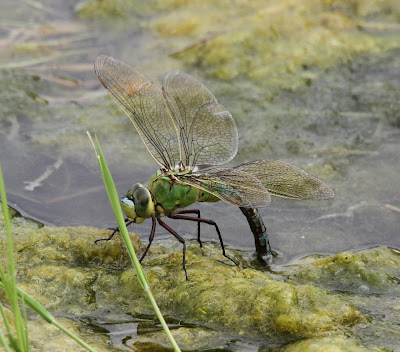 it was enough just to stand and witness, at close quarters, a female
EMPORER DRAGONFLY
'ovipositing' (laying its eggs), additionally we capture her not only on stills
but on video as well. However, what followed next was a snippet of
Wildlife Magic not witnessed by myself before. 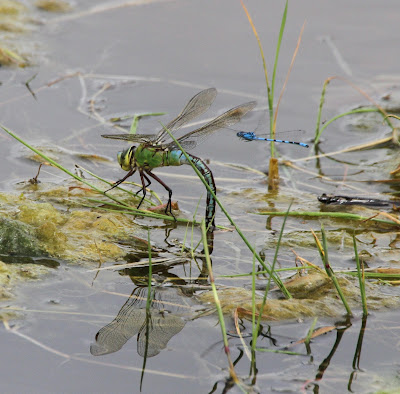 Firstly one, then a second
COMMON BLUE DAMSELFLY
hove into view and started 'bombarding' the Mother to be 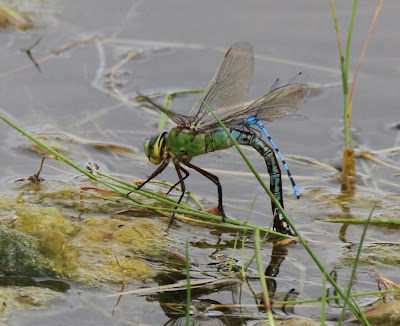 before this one decided that she would make an ideal 'PERCH'!
As Sure As Eggs is Eggs (Aching Men's Feet)
An excerpt from the Genesis magnum opus that is
Supper's Ready from the album Foxtrot.
Let the Link run to hear the full work!
Here also are the short clips.
Finally, there were a couple of aircraft which we have not noted before in
Our Airspace,
with the first of which looks innoquous enough while the other looked
a danger to itself! 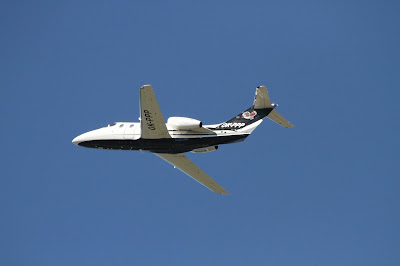 We don't have a clue what this one is 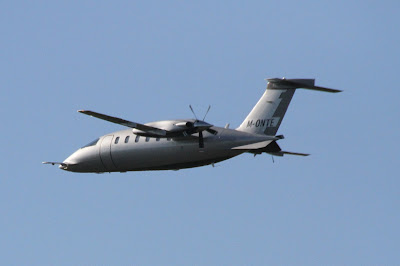 and we don't know what this is either.
We have tried to research the pennant letters. M-ONTE without success.
Except to say, on closer inspection, that it is either
flying backwards or someone in the hanger has lashed the
engines on in the wrong direction.
We hand this fine pair over to Mr Roy Norris.
Entry