Out in the Fields - Gary Moore

Not only did the continuous and by and large heavy rain put a dampener on any sensible 'field activities', it also brought a much reduced performance at the Bournemouth Air Show with no self respecting aviator wanting to fly with the cloud ceiling of just a few feet. However, one of an enormous number of benefits of living where we do is that we are place on the cusp of Bournemouth's International Airport and enjoyed, on Thursday, what is considered the preview day for the Main Event. The images from that day, due to lack of time, remain 'in the can' but as soon as is physically possible we will bring them to you in full. As a 'taster' it can be told that the Red Arrows performed their signature Bomb Burst directly above Slight Return II. 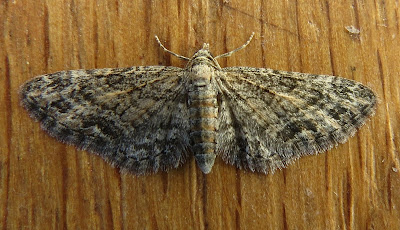 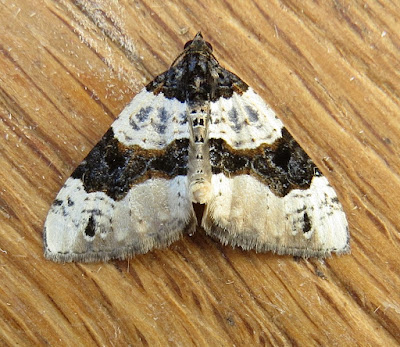 the beauty that is 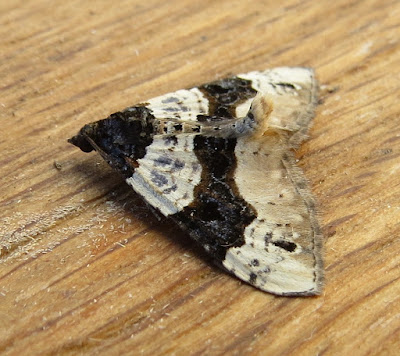 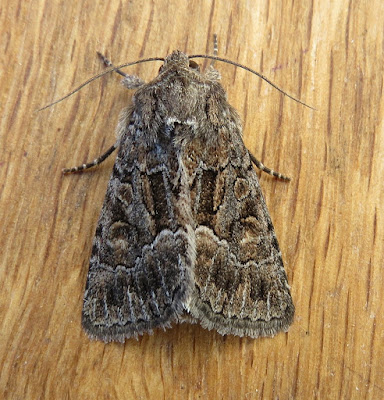 and in sharp contrast 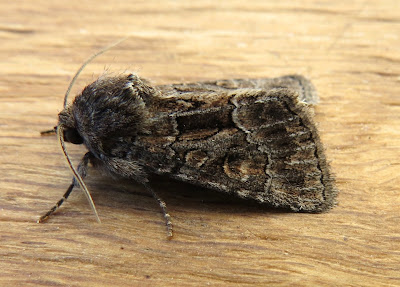 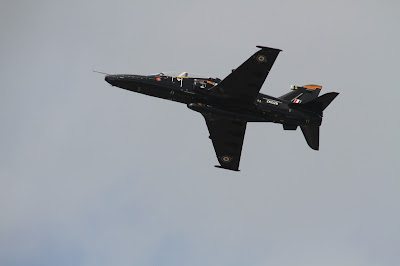 The silence was soon shattered as 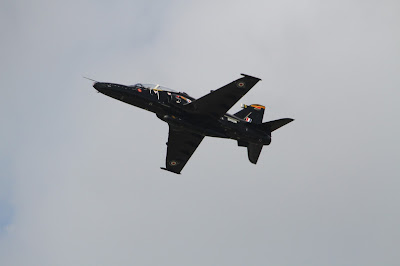 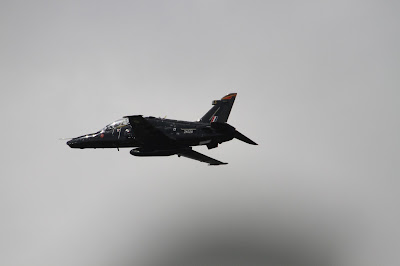 BAE SYSTEMS HAWK T.2
not a part of the Air Show.
Out in the Fields things remain a little quiet, but it is a dull day indeed
when we don't turn up something!
Bad news first and it would appear that 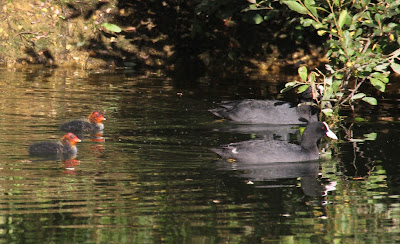 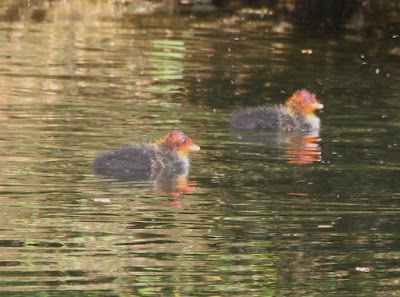 chick numbers have now been reduced to just c2.
In the process of snapping them we sadly flushed a 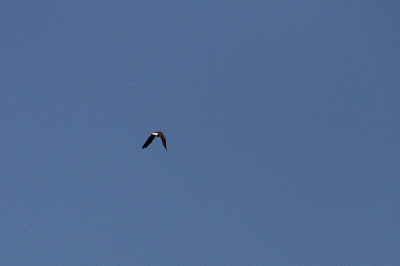 GREEN SANDPIPER
into a clear blue sky, while on the Heath our first find was this 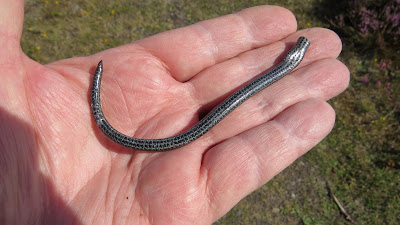 SLOW WORM TAIL
which may well have been predated by a Smooth Snake??
Continuing with our obsession of taking shots of juvenile 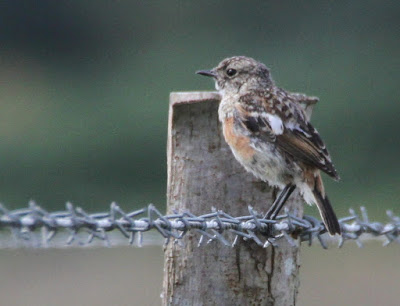 STONECHAT
some are now showing a little colour 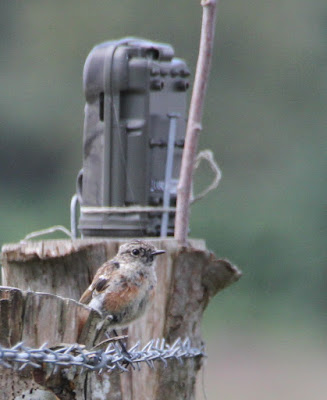 (smile your on Candid Trail Camera) 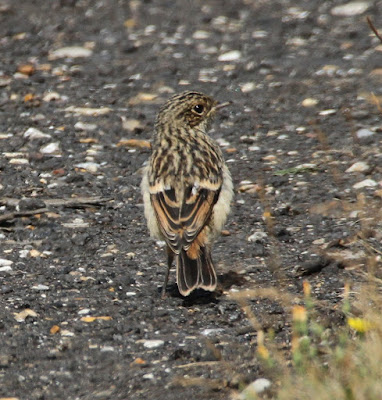 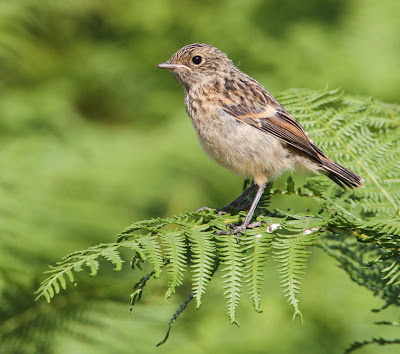 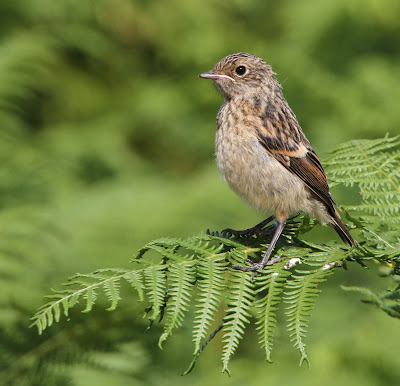 are heading that way!
As is usual, we ended our 'rounds' inside the 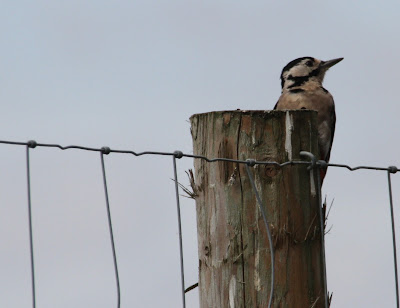 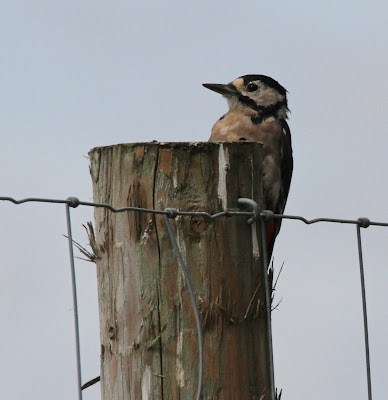 where we were lucky not to disturb this 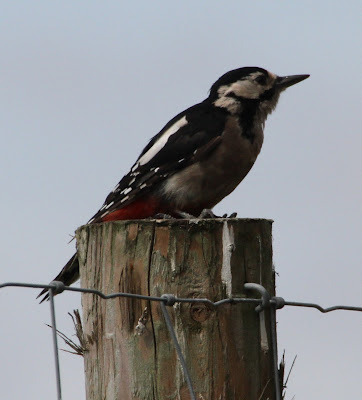 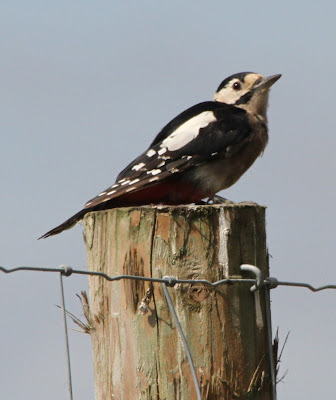 For whatever reason they seem to favour the fence post so
thought to be finding a food source of one sort or another?
Finally, an update from the Trail Cameras saw us add
2 New Species to the List 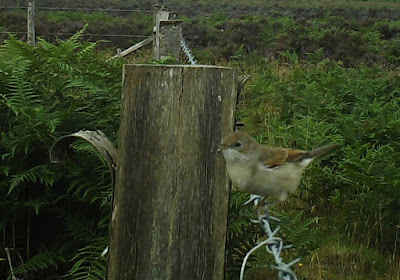 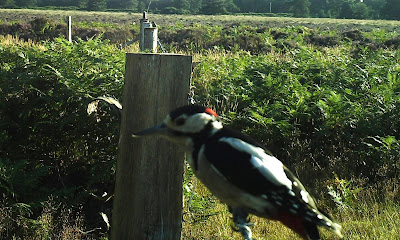 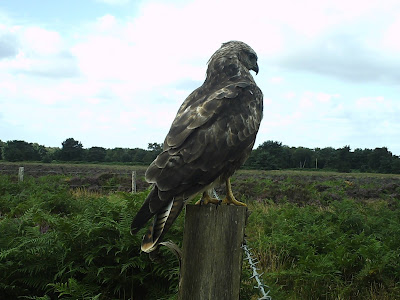