There was only a single thing on my mind at dawn yesterday,
and that was to get up to the Common in quick time to
see if there had been any activety associated with the
New Scrape,
but we cannot always have what we want, when we want it
as first of all there were the Moth Traps to consider! 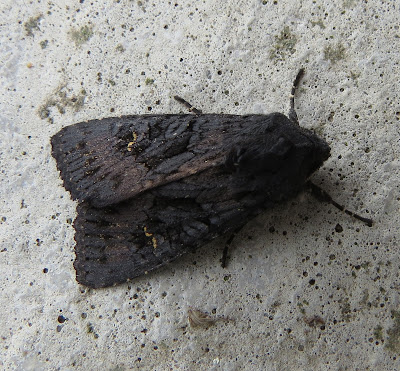 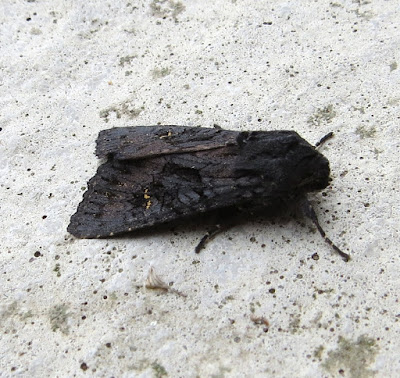 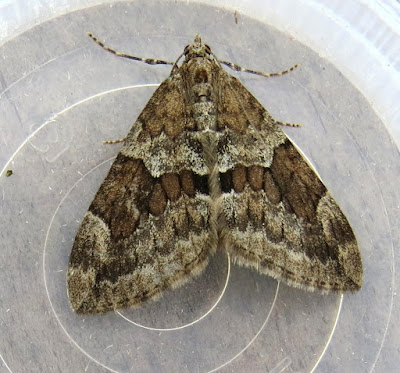 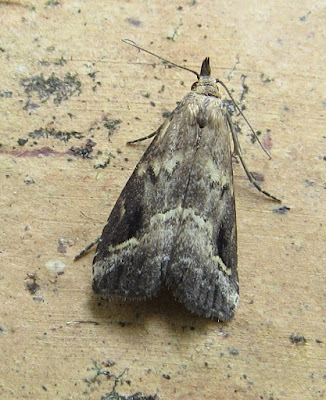 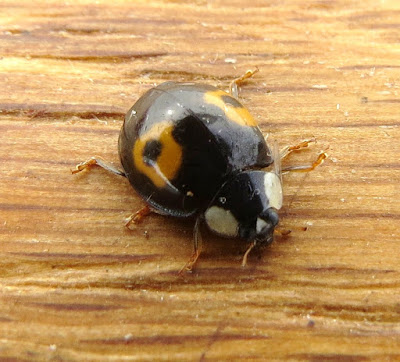 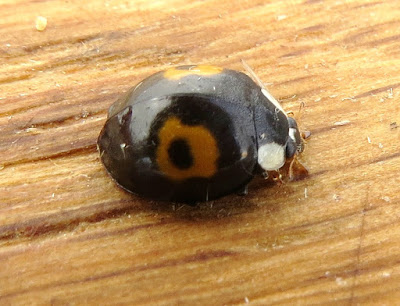 regarded as destructive, but they cover a diverse selection of both colour and pattern.
Being as Hugh both financed and organised the digging of the Scrape,
but doesn't give houseroom to 'coincidence', so it was by definition that
the throng of birds had been attracted to the recent diggings! 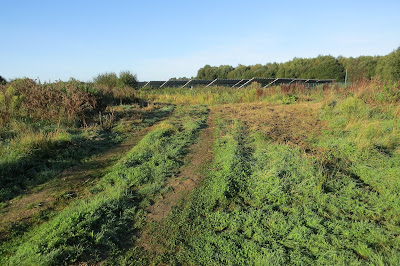 The approach to the
Subsiduary Pond
had been widened, so now allows for observations from the side windows of
STRANGE, 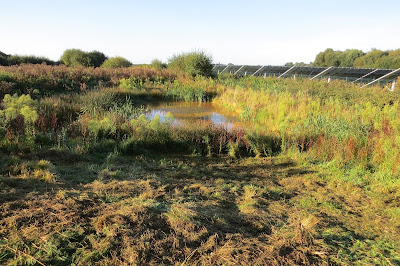 while the whole of this tiny watercourse can now be viewed without restriction.
Nothing to report at this first visit, but this was always considered
a more long-term part of the project. 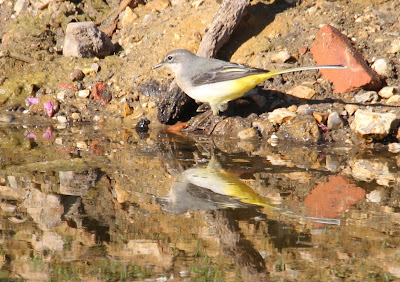 GREY WAGTAIL
was first to be noted just around the corner, in fact c7 of then the
highest number ever recorded 'together' anywhere across the
Recording Area.
In company with a number of other passerines such as
Dunnock, Greenfinch, Song Thrush, Blackbird, Wood Pigeon, Stock Dove and Goldfinch
all taking full advantage of the recently turned ground. 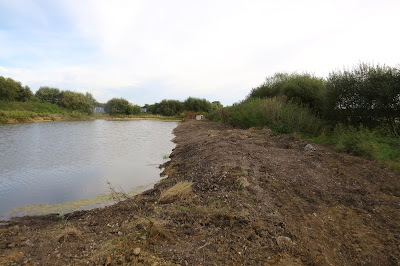 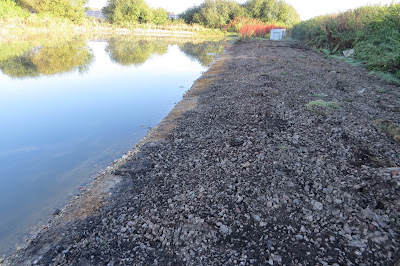 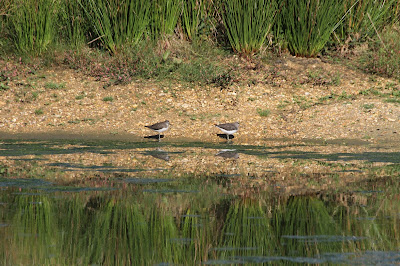 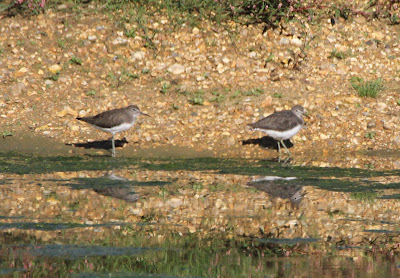 were in attendance,
a record count for this year at least,

continuing to open the account with a further Bang. 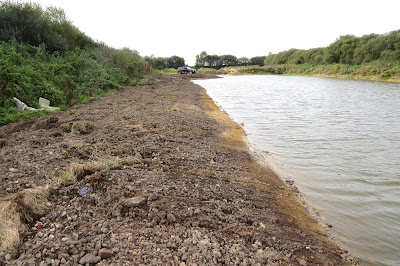 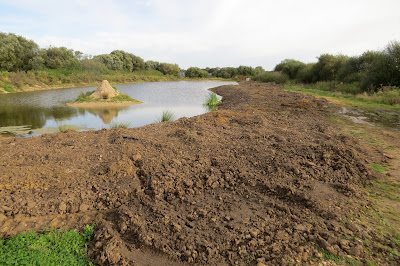 Martin and Loz had also reduced the height of the retaining bund
which is considered as something of a 'double-edged sword'.
On the one hand there is now a clear view up the full length of the lake,
but without that added cover much more stealth will be required to get close to the Birds.
That will not present a problem.
The scrape now continues around the Southern Shore where a single 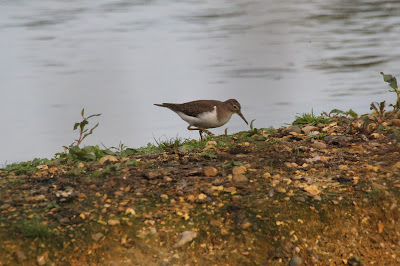 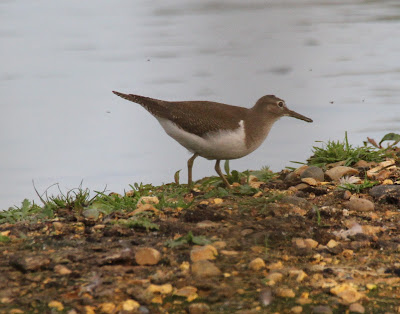 was located but the smaller neighbouring pools 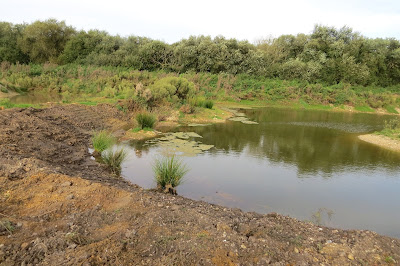 (one of which can be seen top left in this image)
have been left untouched. 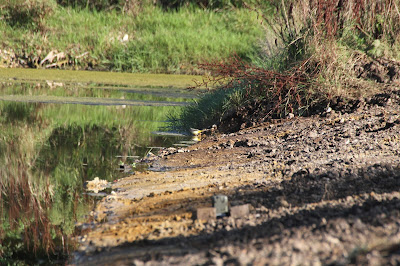 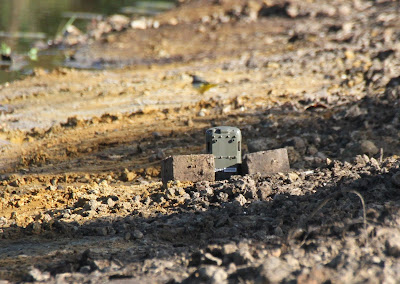 and already a Grey Wagtail has been showing some interest,
but the burning question still exists,
"does anyone know if it is Spring Tides tonight"?