What's going on,
Can you correct my vision?
Helping my decision.

Since our reincarnation the Daily Hit Count has been in the region of 150,
no quarrel with that, you get what you get, but
What's Going On Link
This morning we woke to find a massive
984
on the counter.
Got a feeling someone has taken us at our word and disseminated our Link?
We were only joking!
A Quick Back-track - Please keep sending it! 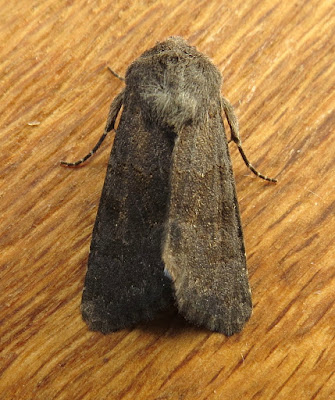 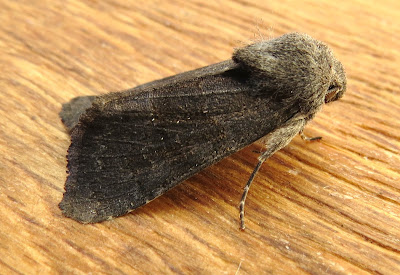 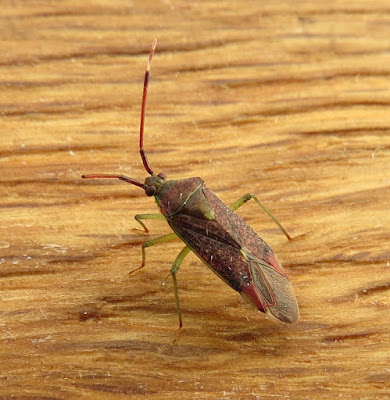 PLANT BUG
Pantilius tunicatus
were about the extent of anything interesting from the traps,
so ever onward for our usual rounds of the Common and Heath. 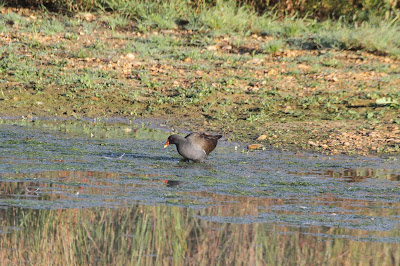 At the Irrigation Pond an infrequent visitor in this adult 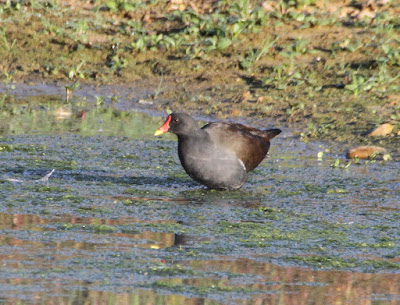 MOORHEN
which may sound strange to some where we say
Green Sandpiper is far more common here across the year.

an a very close relative
COOT

At the Merritown Gate the ground was covered by the 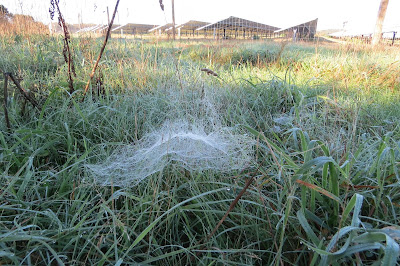 Lairs of an unknown 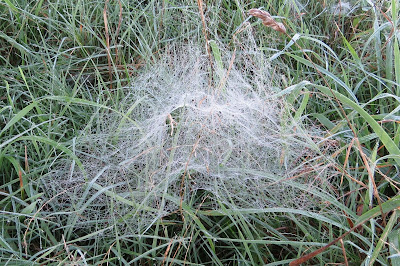 GRASS SPIDER SP
which looked most attracting with a little dew and a kiss of sunshine on them. 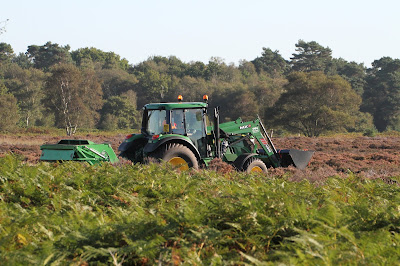 After paying heed to our suggestion not to carry out these works in April,
the Town Council, who have a 999 year lease on the Heath,
have commenced reaping the Heather seed to plant on the
roadside verges of the newly refurbished
A338 Ringwood to Bournemouth Spur Road.
We are desperate to see this venture succeed (not 'suck seed') as in the first instance
the Environmental Department in the Council listened to and acted upon the
recommendation of those 'on the ground' and additionally it will be a joy to behold!
Apart from being an 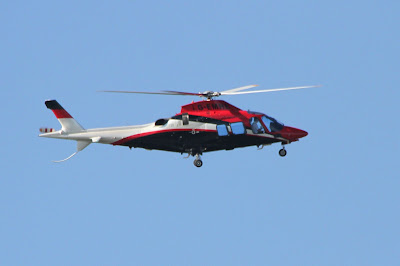 AGUSTA 1094 GRAND
(Posh 'Chopper)
we have no idea why this aircraft was hovering low above the
Eco Recycling Works
for about 2 hours yesterday. Other than the above it can be taken as read
that it was costing someone and arm and a leg!
and while on the subject of Helicopters, was there really any convincing reason
why the Dorset Police Chopper needed to fly fairly low over the Heath, putting
to flight every Wild Creature in its wake? This short clip is titled
Pigs on the Wing
(Pink Floyd)
No disrespect meant to our
Boys in Blue!
Once, back in the wonderful 60's, there was a poster
stuck to my bedroom bulkhead proclaiming
IF YOU DON'T LIKE THE 'PIGS'
NEXT TIME YOU'RE IN TROUBLE
PHONE A 'HIPPY'!
A little more Rory to end our Post

s'il vous plaît
Edged in Blue Link
Has to be one, if not THE, greatest Guitar Intros in Rock 'n' Roll. 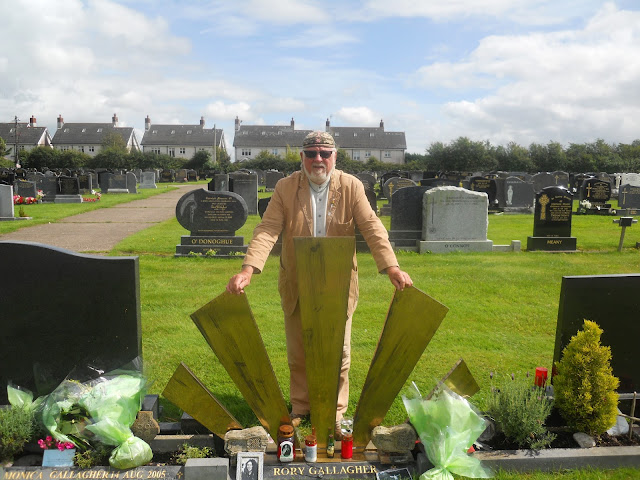 "Peace came upon me and it leaves me weak,
so sleep Silent Angel, go to sleep".
Rock 'n' Roll Trivia

On arrival in the UK, along with Chas Chandler (then base player with The Animals) on his very first visit, Jimi Hendrix is  reputed to have been asked by the interviewer "what does it feel like to be the Greatest Guitarist in the World"? Without a second thought he replied, "I wouldn't have a clue but maybe if you go ask Rory Gallagher"? My personal alegences have always been devided, but maybe Hendrix steels it with the intro on 'All Along the Watchtowers' alone?