Still enough 'movement' about in the Wild World to keep our
interests up with Moths, Birds and 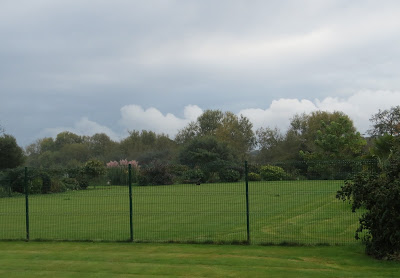 CUMULUS CLOUD
alike, chugging down the English Channel while sticking
close to the Dorset Coast.
Returns from the Moth Traps included 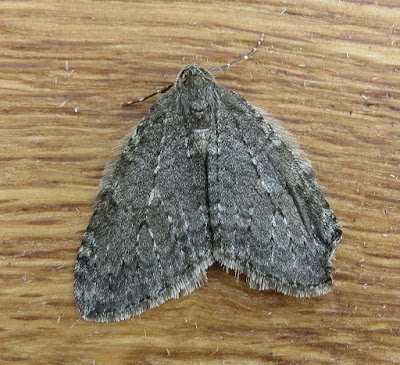 NOVEMBER MOTH
but there lies an identification problem.
If this is indeed as shown then surely this must be the 'close cousin' 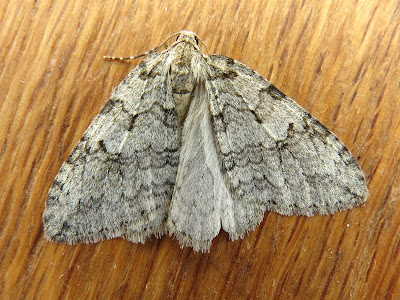 PALE NOVEMBER MOTH?
Not quite that simple unfortunately as both can be diverse in colour and patterning.
The only surefire way of knowing is by dissection and examination of genitalia,
which in our case precludes certainty as hardly being able to see the Insect let alone its 'tackle'! 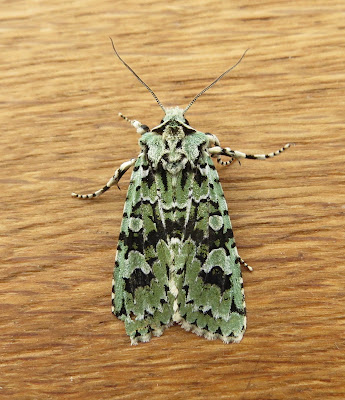 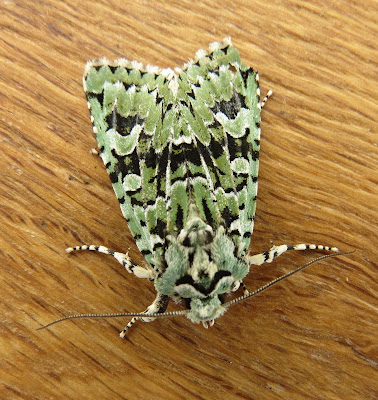 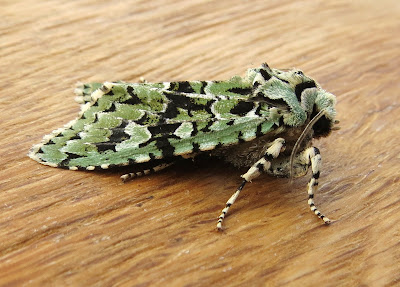 as the dozen'th caught here thus far and breaking the previous year count of 9. 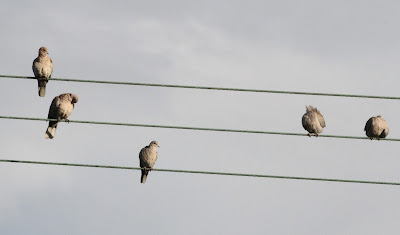 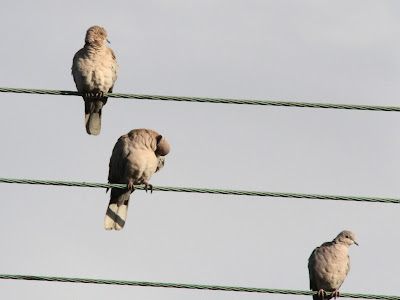 COLLARED DOVE
still remaining with us, while as ever a 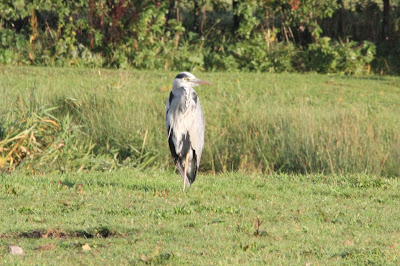 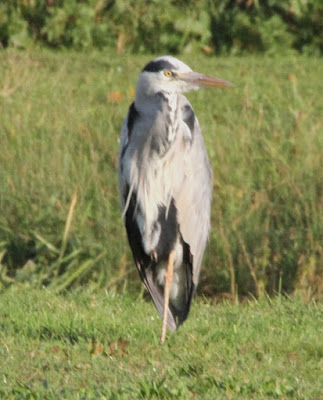 has also taken up station. It would be usual for it to hold firm
throughout the upcoming Winter.
The Irrigation Pond still holds a number of Waterfowl, including 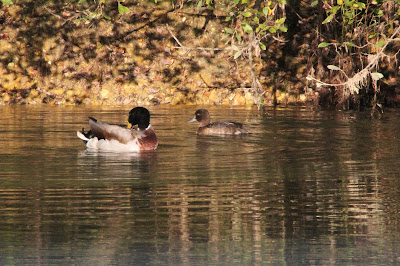 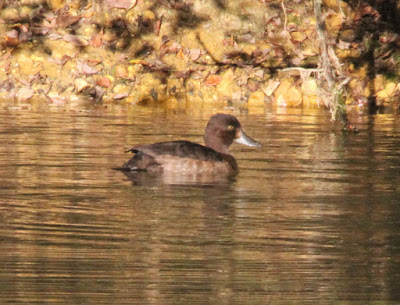 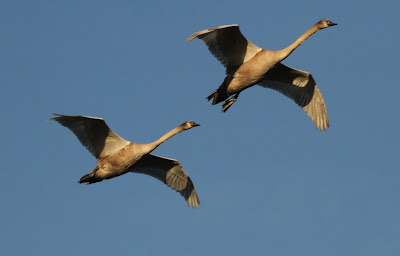 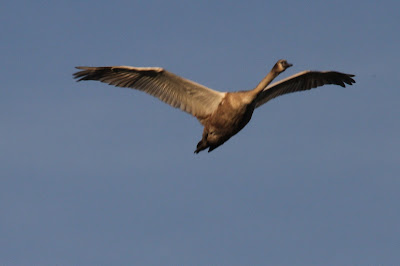 of unknown origin but just as likely to be from
Parley Pond?
ROE DEER
the 'buck' making a meal of things while the
DOE
appeared happy just reflecting on things.
We left after filming these c6
TEAL
which were well spread and difficult to fit into the 18 seconds
allowed on such footage.
It is easy to see that the Northern Thrushes (Fieldfare and Redwing)
have not yet arrived as the 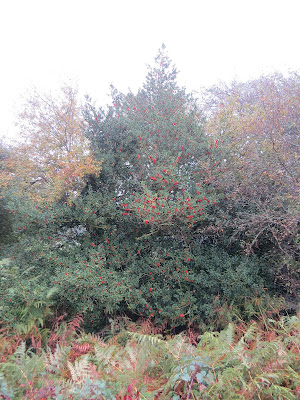 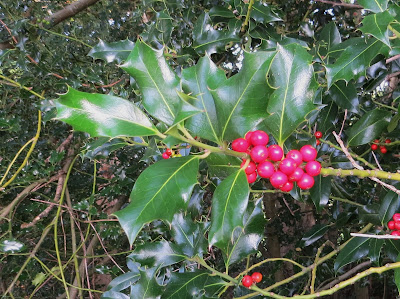 HOLLY
is still bowing under the weight of Berries. 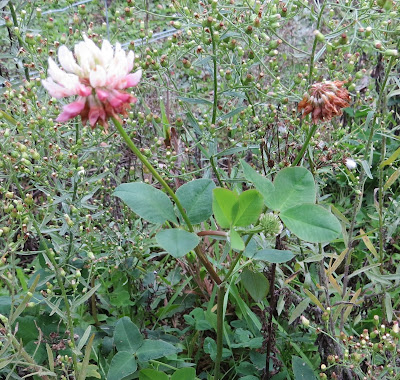 ALSIKE CLOVER
a new species added to the
Recording Area List.
A hour wandering the Heath turned up both the 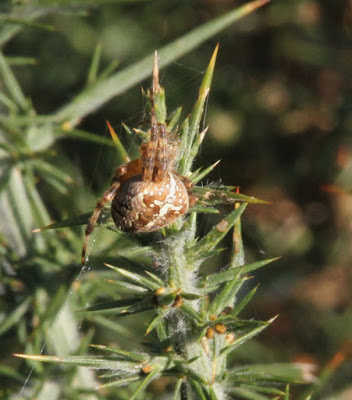 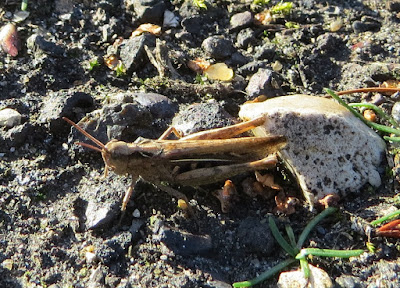 and a slightly worn and insipid looking 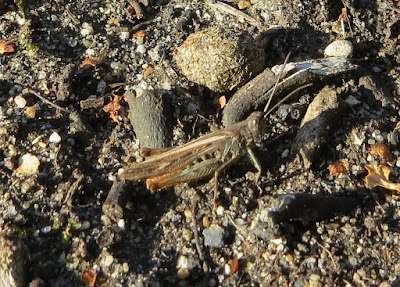 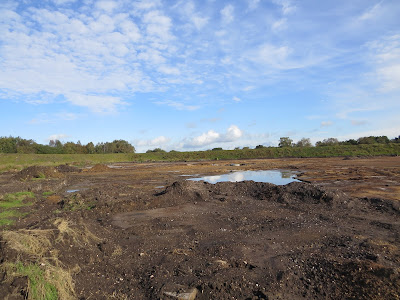 A quick glance behind the
Eco Recycling Works 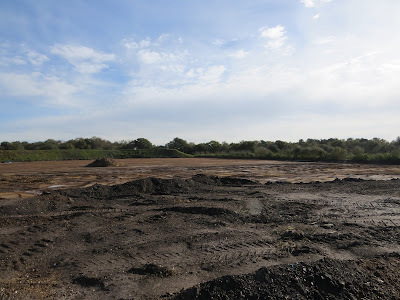 shows that the ground is now levelled and presumably ready for the
construction of the extension to the works?
Entry