With 8 oktas of cloud up until midnight there was never going to be
a chance of seeing the Full Moon, and even after 3 short sorties
through the early morning cloud cover remained the same. 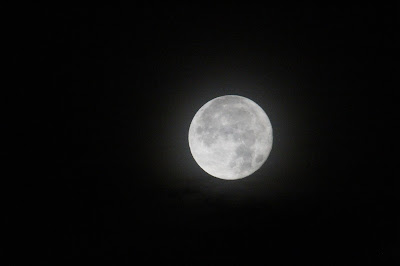 It was only at 06:00 that we managed this rather poor record shot,
but never mind we'll certainly do better on the same pass next time!!!!

SHEEP - Link
Hopelessly passing your time in the grassland away
Only dimly aware of a certain unease in the air
You better watch out
There may be dogs about
I've looked over Jordan, and I have seen
Things are not what they seem
Looks like the mild patch might be over as it starts getting gradually colder overnight,
so we think this may be one of the last
cluster shots of the Year. However, on the 'up side' there are a few Waterfowl
returning to the winter fold, but where are all the Northern Thrushes?? A trio of Merveille du Jour, a brace of Black Rustic
and singles of Large Wainscot (right) and ditto Dark Chestnut.
Also clinging to the outside of one of the traps was this tiny 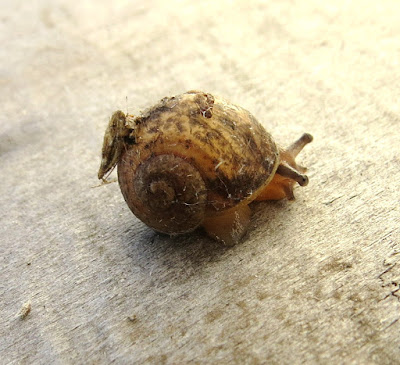 WHITE-LIPPED SNAIL
with an even smaller
LEAFHOPPER
riding pillion. 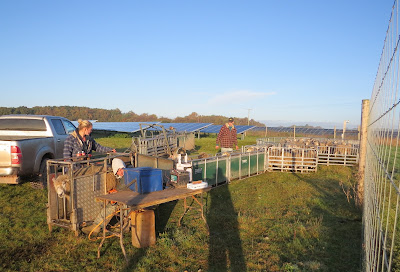 A most interesting and informative event at one of the
Solar Panel Compounds
as Jack Street, the Shepherd, and his Crew set about 'scanning'
the pregnant Ewes. Driven singularly into the 'crush' the images are instantly
viewable with a squirt of red dye being applied to the fleece to denote the number
of foetus being carried. At my time of leaving there were several sets of 'twins' recorded
plus c3 sets of 'triplets' due at lambing next year? 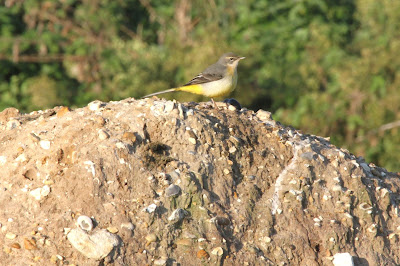 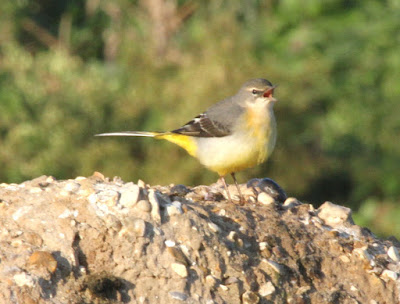 GREY WAGTAIL
while the ripples below its perch were to reveal another story. 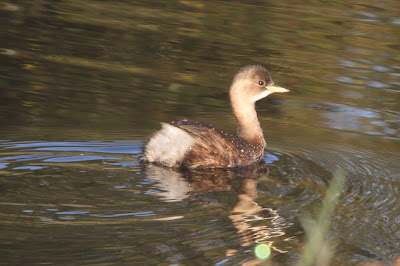 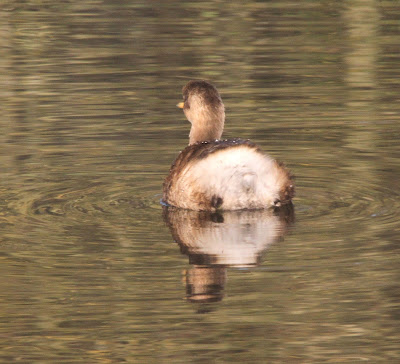 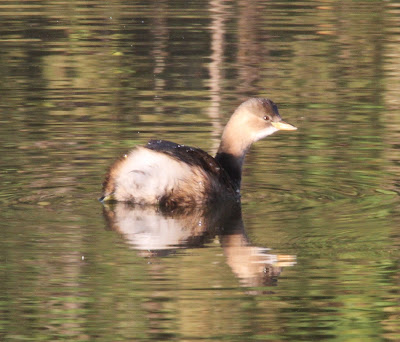 seemed to busy diving to be concerned about our presence.
A very good number of a considered dozen 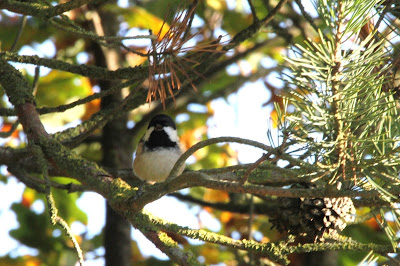 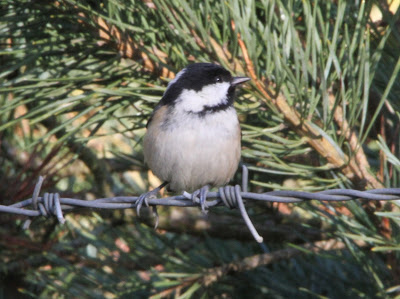 at the Sewerage Works Hedge which over time we have discovered,
with a little patience,
come to feed along the chain-link fencing.
This also applies to most other small Birds. 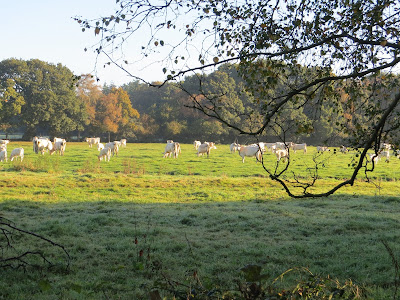 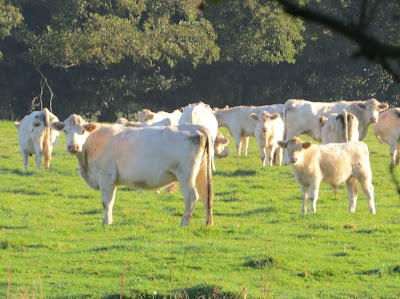 CHAROLAIS HEARD
next door were considered worthy of a shot or two. 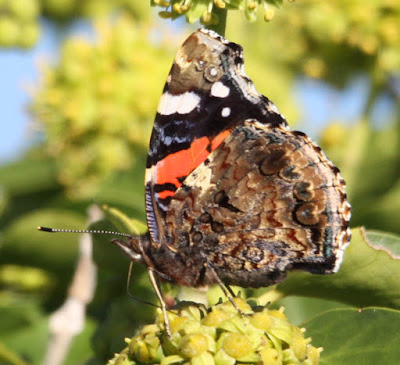 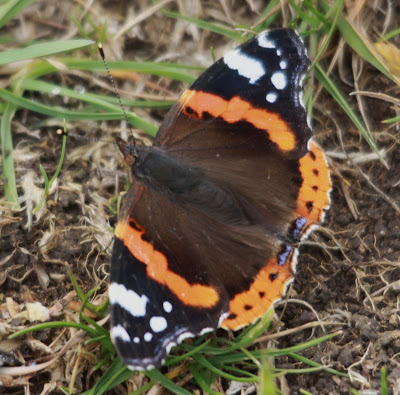 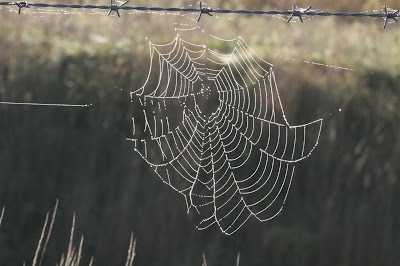 SPIDER'S WEBS
also glistened in the Sun.
A very welcome change on the Heath as well when shortly after arrival a DARTFORD WARBLER
was first of all heard and then 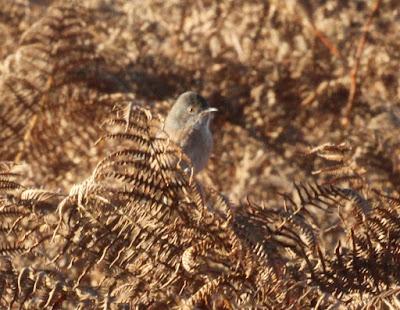 decided to poke its head above the parapet. 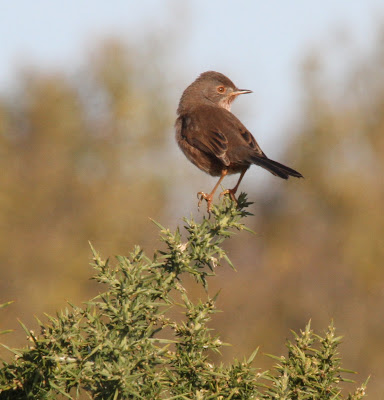 There were certainly 4 individuals counted but who knows how many more? 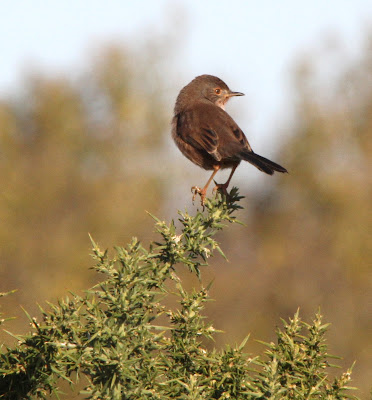 These certainly being the first photographed in many a month. 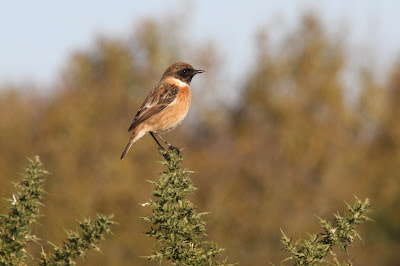 Not to be outdone, STONECHAT
too started to show themselves 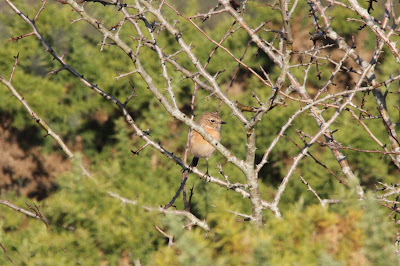 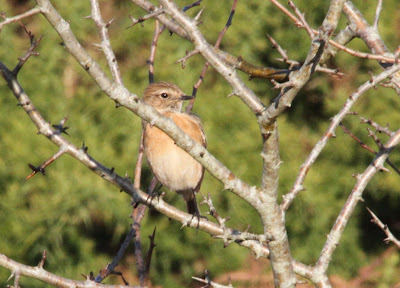 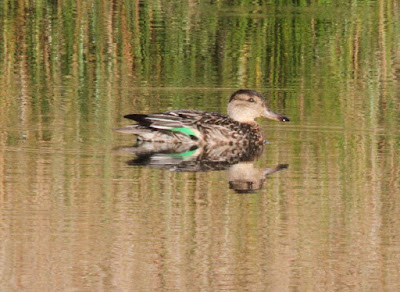 A second visit to the Ponds on our return threw up this female
TEAL,
with a Chiffchaff also 'calling' on this clip, 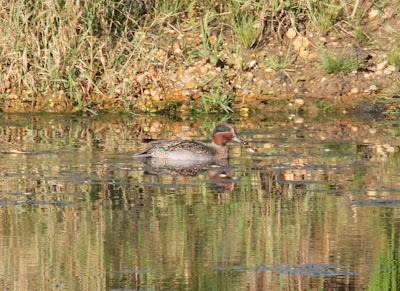 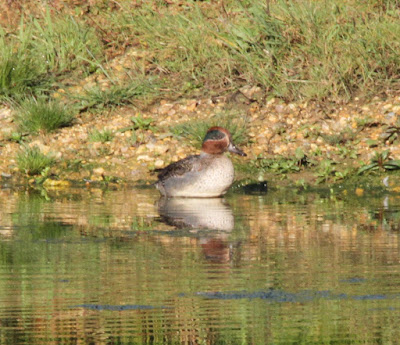