With the Thursday night temperature of -4°C equalling that of the coldest so far this Autumn there was little expectation other that an almighty low catch from the Moth Traps. Add to that a huge helping of Gross Incompetence, such as 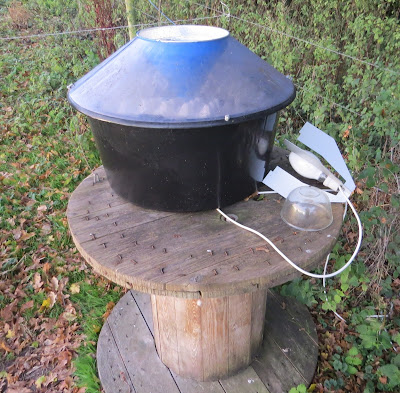 not even putting the lamp, lamp holder, baffles and rain guard
back in place after the last visit, the chances were lessened even further.
A little after dawn all were found again covered with a layer of 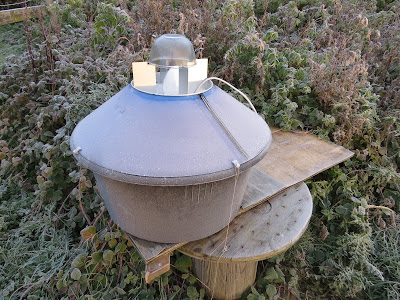 FROST
so surprise of surprises when 12 Insects of 5 Species were recorded. 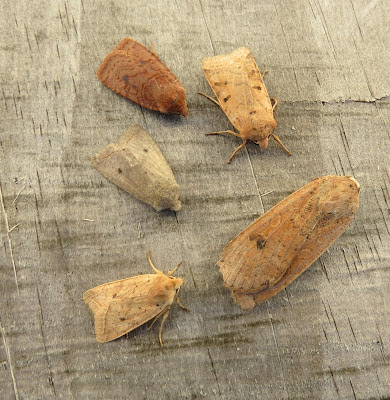 From the single Chestnut (dark) at noon, clockwise we also had
c7 Beaded Chestnut, singles of Large Yellow Underwing and
Yellow-line Quaker plus c2 Red-line Quaker.
We further highlight the 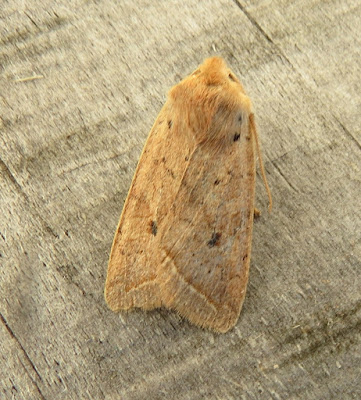 YELLOW-LINE QUAKER
as the best conditioned of the c3 caught this year.
A considered GREAT start to the day, so we sallied forth
with more than a positive attitude to go in search of the pair of 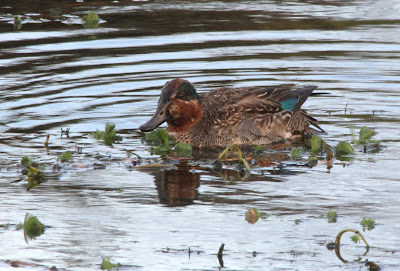 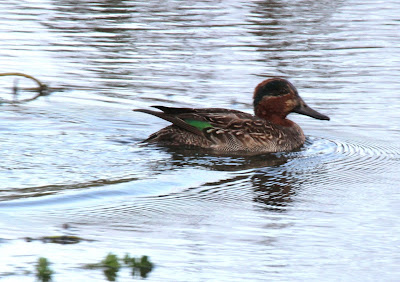 that had graced Parley Pond the day before.
An unusual sighting here but nowhere near as unusual as that
which was now in full view! 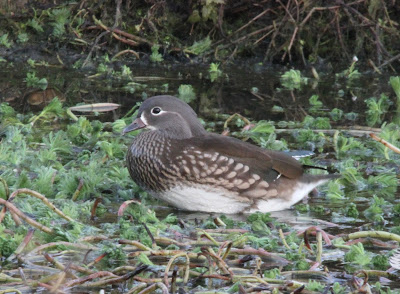 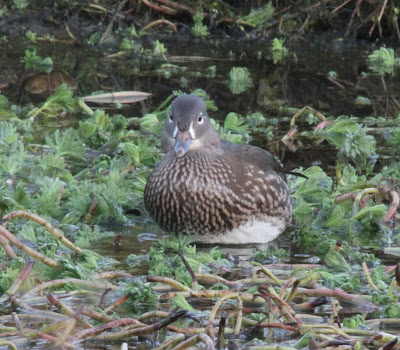 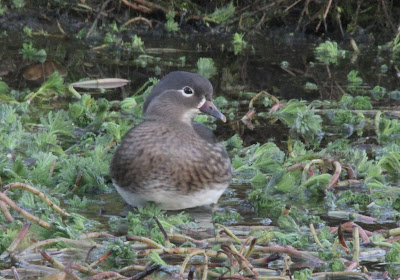 constitutes only the 7th sighting for our Recording Area
and the first ever for the month of November.
Heading for the Common and checking the Solar Panel Compound Fences,
favoured by so many Birds, we encountered the first 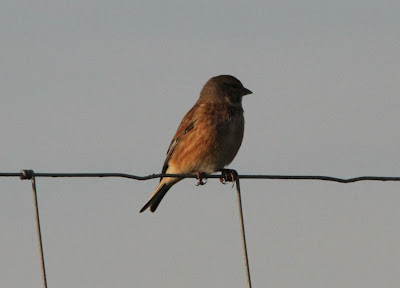 LINNET
in over a month. We hope this is the vanguard of the 'hundreds'
that usually overwinter with us.
Still at the Irrigation Pond, we continue to keep an eye on the 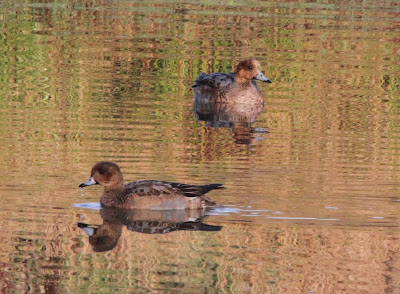 male (distant) of this pair of 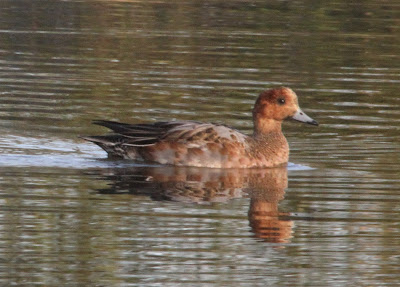 in the hope that he stays to show us the splendour of full
Winter Plumage.
footage includes a little 'call' just for good luck.
female again.
New arrivals are these c3 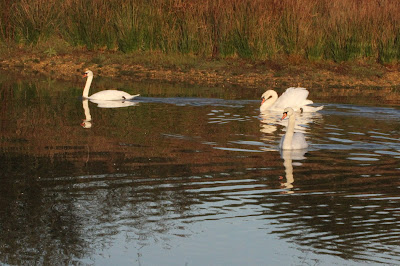 MUTE SWAN
considered to be 2 males along with a young female,

none of which are 'ringed'.
Over at the Gravel Pit even more arrivals, this time a pair of 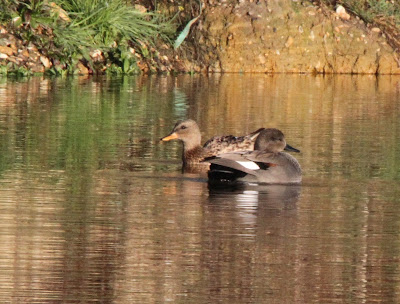 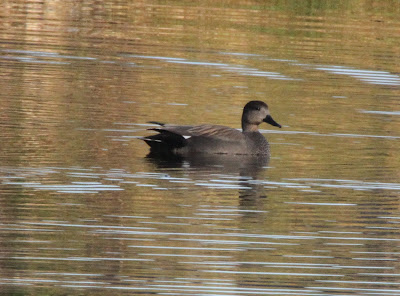 which are hoped will stay for the duration.
Male 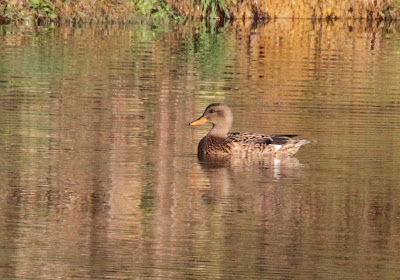 Female.
Juvenile MOORHEN
stealing the strategically placed Barley.
This was the point when the Good Luck started to fail us,
not that we hadn't had our share, as along the
Sewerage Works Hedge, the bank of the Moors River and the Heath
there was no more than this resting 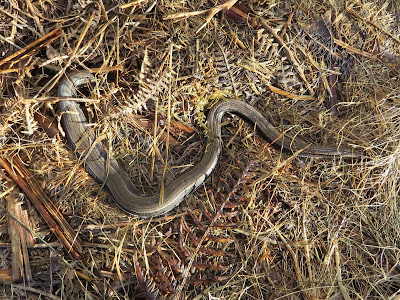 SLOW WORM
looking a little on the 'plump. side?
Posted by Bagsy at 07:09