Splish Splash I Was Taking A Bath - Bobby Darin

While we are persisting with the Moth Traps there has been nothing new in recent days, but on the up-side there's that short walk along the bank of the River Stour, to attend 2 of them, that's worth its weight in gold. 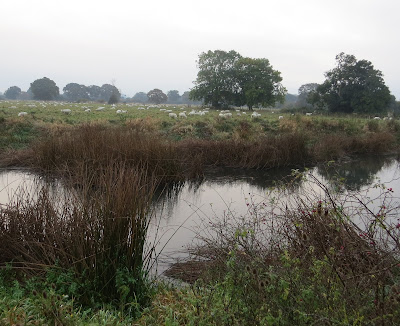 RIVER STOUR and neighbours SHEEP
Plus another small cluster of the more expected,
from top clockwise 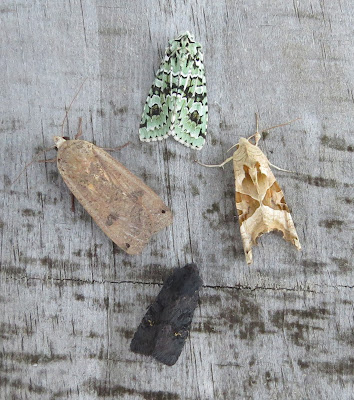 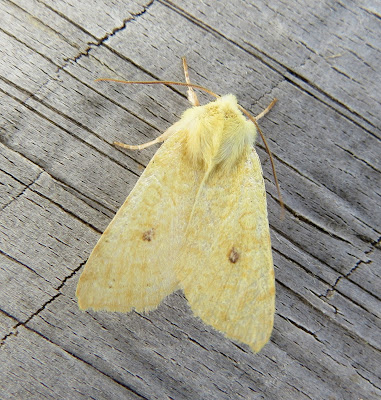 and something of a late
SALLOW 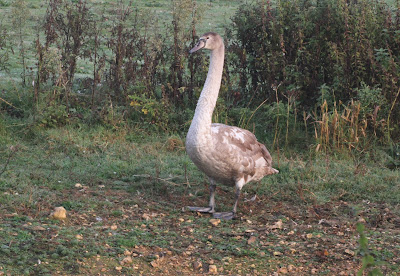 While things have been a bit quiet on Parley Pond since the Mandarin
what is thought to be one of the young
MUTE SWANs
hatched there in the spring seemed to have paid a return visit.
The fate of the other 6 is not known.
It only took a quick look around a couple of the
Solar Panel Compounds
to note that there had been something of an arrival of birds overnight
which included a large number of 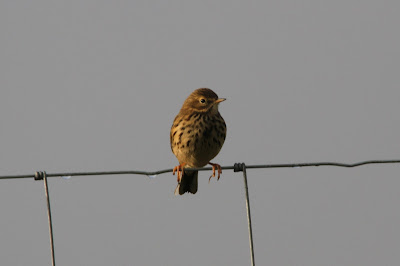 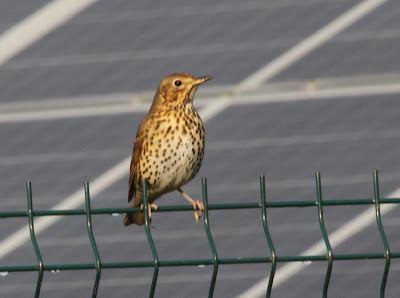 great to see an upturn in the number of 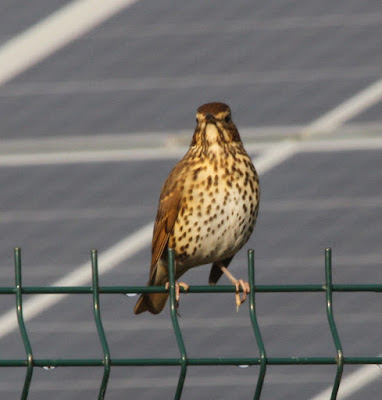 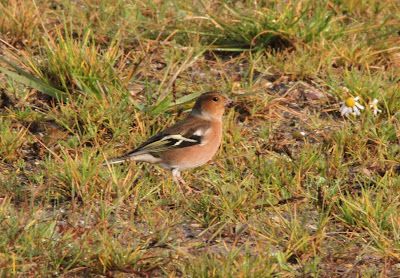 while the humble
CHAFFINCH
should not be left out.
Further along 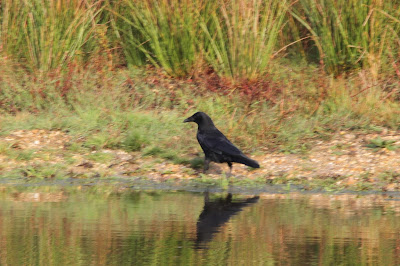 CARRION CROW
is not a bird we associate with the
Irrigation Pond
but as we have now started 'feeding' it and the Gravel Pit
with barley we are expectant of any opportunist. 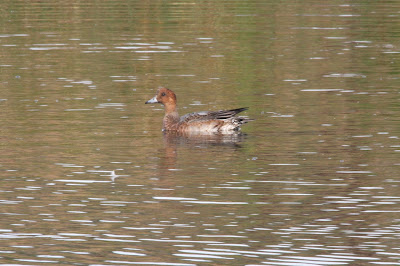 All that could be found on the Gravel Pit, despite a ready supply of victuals,
was this single 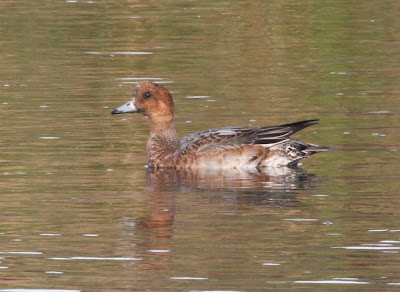 WIGEON
that looks every bit as though it will develop into a fine male!
Venturing inside the largest compound, which has historically been
favoured on occasion by by the odd passing Winter Wader
all that was found were a small flock of veracious
GOLDFINCH
and a flock of the locals 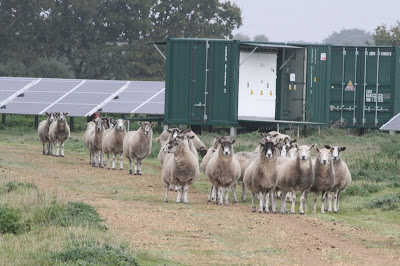 which seemed worthy of a shot
and a clip!
Lean times up on the Heath as all that was found there was
the continuing residence of the once thought 'not long for this World'
(pied)
CARRION CROW 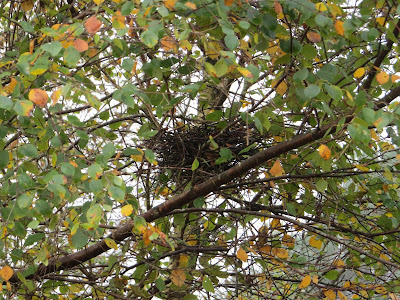 the disappearing leaves revealing a
WOOD PIGEON NEST
along with a 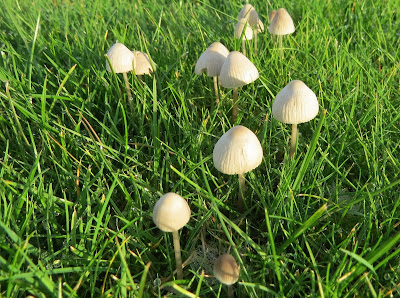 MYCENA species of Fungi
More evidence of the 'influx' as we headed home to find
MEADOW PIPIT
Splish Splash - Link
at their ablutions.
Posted by Bagsy at 05:59