The Return of the Prodigals

A boon to find +9°C on the gauge as we swung into the hammock on Tuesday evening but having clipped +10°C by dawn, made for the first overnight double figure this year!

However, there was a catch as the wind had been howling throughout while the rain started in earnest at 04:00, likely the reason for the slack hammock reported previously! With such a temperature and both home-based Moth Traps burning brightly it was simply a matter of the rain passing through before we could attend them but itchy feet sent us on a mini-rounds 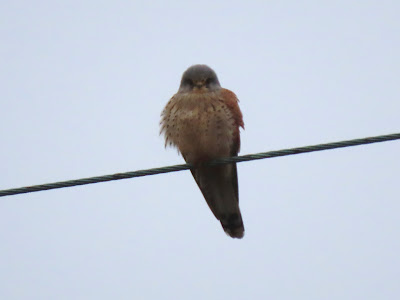 At the pondside one of the local
KESTRELs 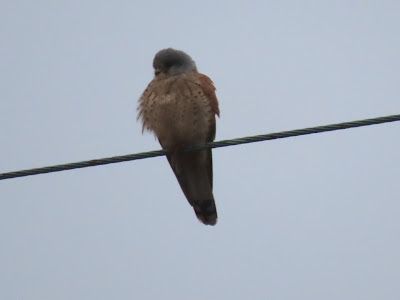 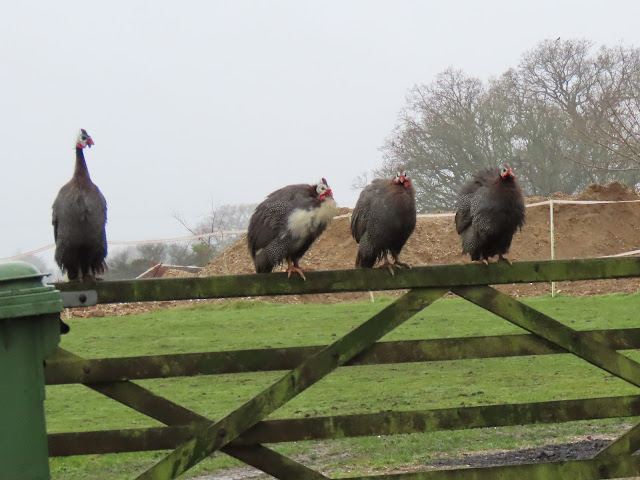 SIDNEY and the PAXO's
had secured a new perch on a 5-barred gate.
The rain persisted, as did we while the now regular morning 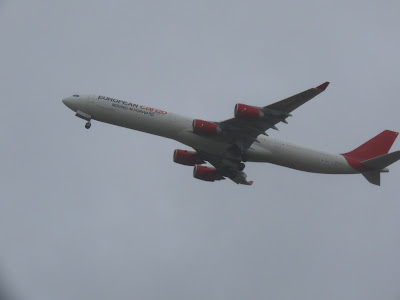 AIRBUS
cut throgh the gloom and with just a brief lull we returned to base to find no more than c6 Dung Flies and a similar number of associate other Flies in the Moth Traps.
However, Good News as reaching more northern climbes as at both Ponds the recent ice covering was now melt water which had attracted a pair of sparkling 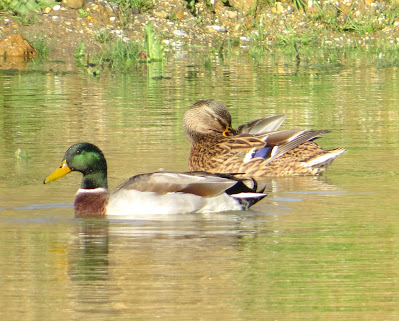 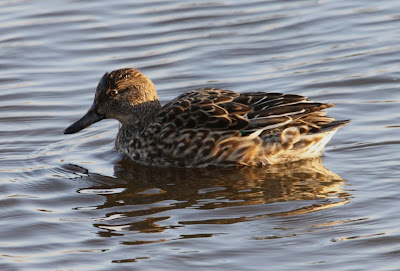 by a pair of 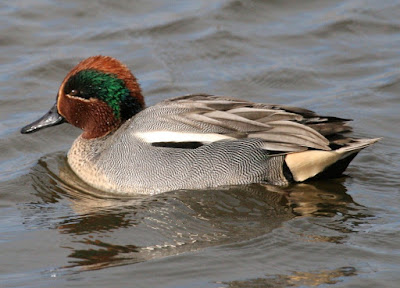 TEAL
and a whole lot better the c3 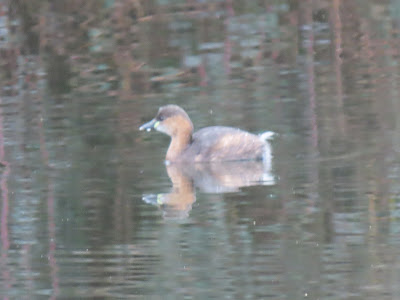 but not at all obliging 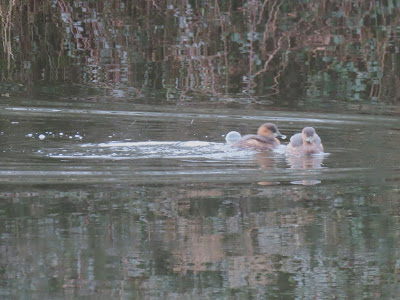 LITTLE GREBEs
We would have been satisfied with what we had recorded that far, especially seeing the Grebes back onboard, but arriving at the Heath there came the familiar grating calls of a 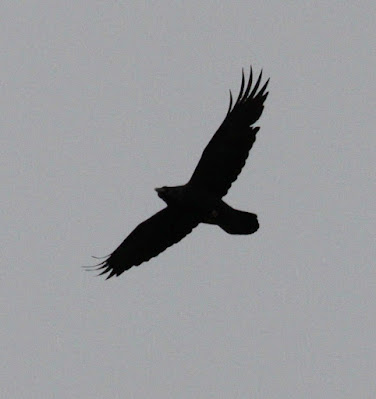 first for the year and east bound 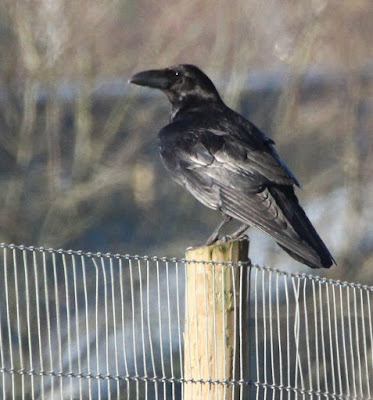 RAVEN
which landed only briefly on the
Solar Panel Compound Fence Line.
We'll Settle For That Given the Circumstances!
Posted by Bagsy at 06:36