A little consternation started the day right outside our door 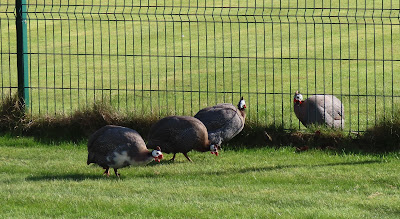 as one of the
GUINEAFOWL 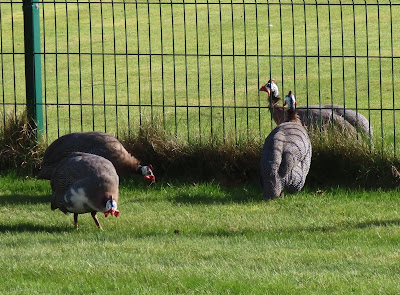 seemed to have lost its
Get Out of Jail Free Card 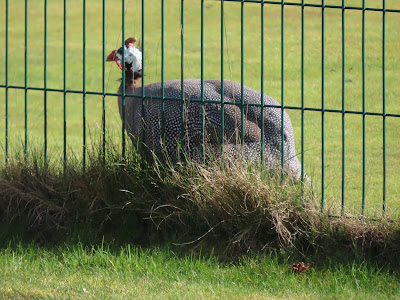 to much kerfuffle, while we have been very much enjoying the phases of the low zenith 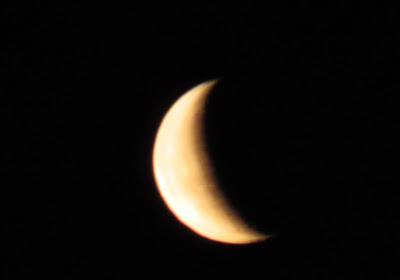 ORANGY MOON
still showing well into daylight.
It's an Orangy sky, always it's some other guy.
It's just a broken lullaby, Bye Bye Love!

The overnight temperature had been just -4°C which did deter us from flashing up the Moth Traps, but on the plus side hopes were high that the conditions may very well attract more Birds! 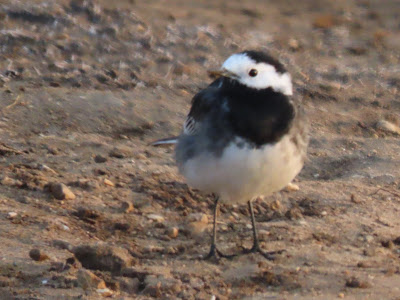 At pond-side this lonePIED WAGTAIL 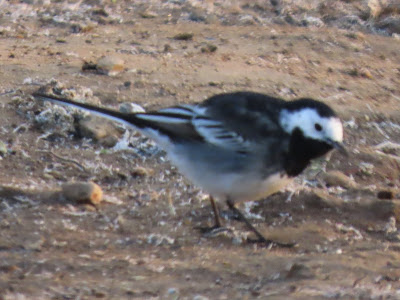 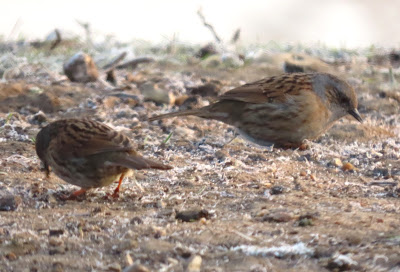 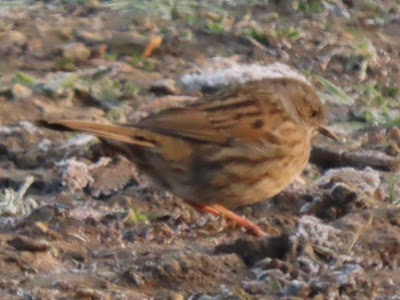 had also flashed up the natural instinct to survive.
Not alone in that the Berry Bushes at the Manor Car Park 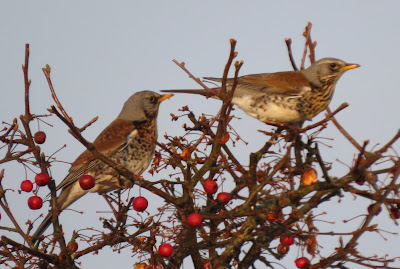 ably assisted by a single 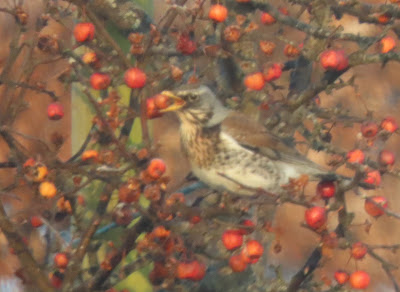 were swalloing the Berries wholewhile those not so naturally endowed 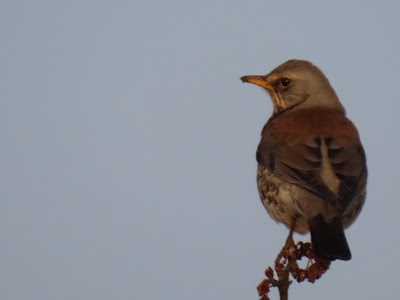 GOLDFINCHhad to peck around the peripheries 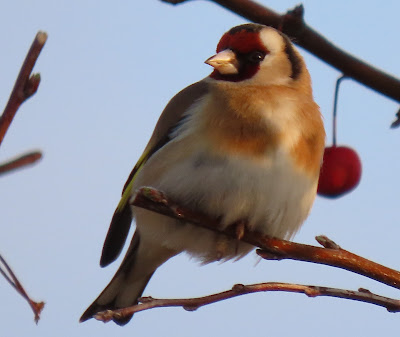 until the crop was full.
A little further along the Southern Bridleway 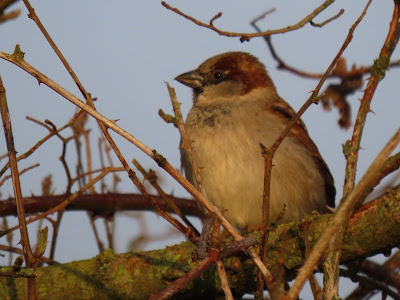 a small flock of much overlookedHOUSE SPARROWs 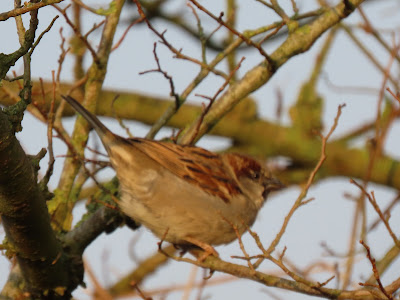 were also making the most of the
Famine Fest!
A glance across the adjacent field took in the clump of bare 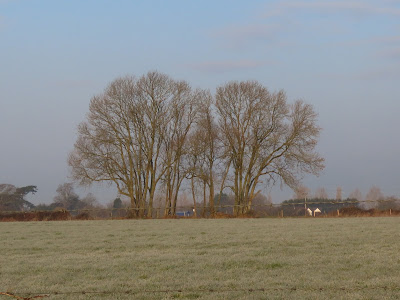 ASH TREEs
there which always put on a good show in late Spring as the last of the
Common Woodlanders to burst into Leaf!
Time to head north where the now confirmed 'pair of most unobliging
LITTLE GREBE
have followed suit with their pals around the corner at the Gravel Pit by having built a nest
and where along with another, or the same, gaggle of Canada Geese were entertaining 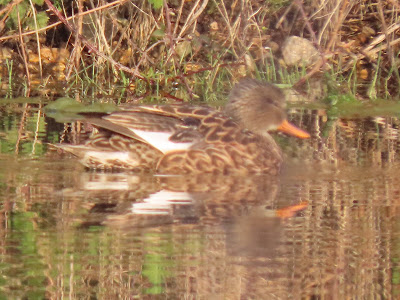 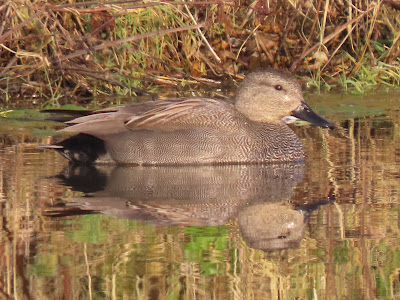 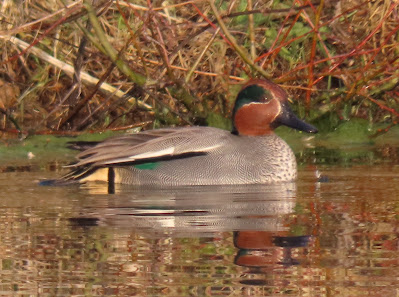 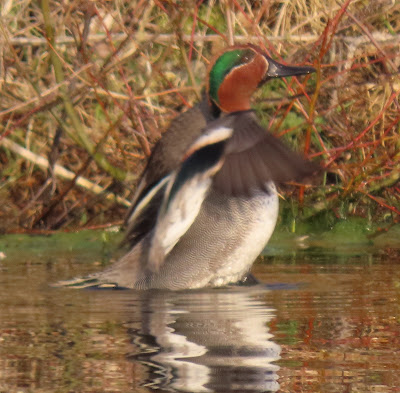 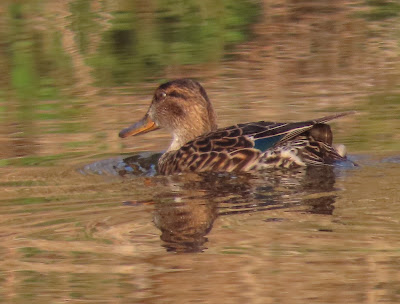 TEAL
along with a single 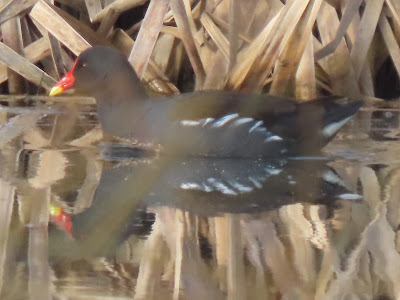 MOORHEN
while across the full expanse Heath, Moors River and the Sewerage Works

only this small gathering ofJACKDAWs
Regaurdless of the above the day was surely contender for the
Best Day of the Season
thus far with the temperature just kissing, and holding on to double figures to accompany
Wall to Wall Sunshine!
"now, where them there Moth Traps"?

Substitution, mass confusion, clouds inside your head
Involving all my energies, until you visited
With your eyes of porcelain and of blue, they shock me into sense
You think you're so illustrious, you call yourself intense!    Cars