Lady of the Lake? - Arthurian Legend 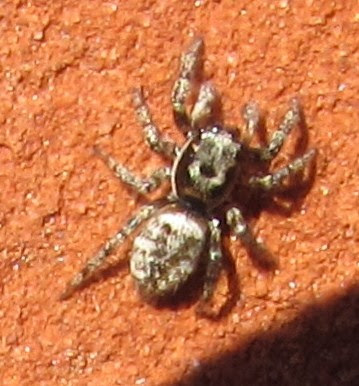 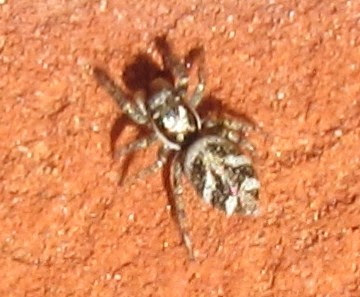 taken by John Gifford in his Weymouth garden.
We have further learnt that they are 'ground hunters' rather than web-spinners but we digress as back to Part II of yesterday and a second visit, in as many days to 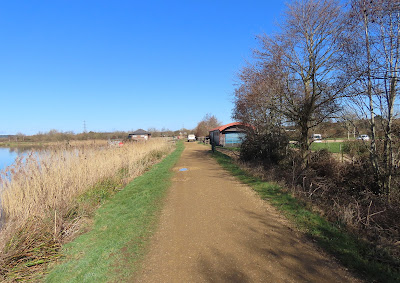 LONGHAM LAKES
in hope of getting better views of the female Ring-necked Duck that has been gracing the watercourse for a few days now. 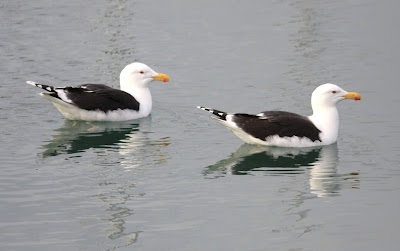 We did kick off with a Year Tick and a bird that rarely, if ever, graces our patch 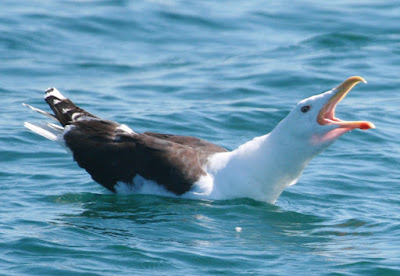 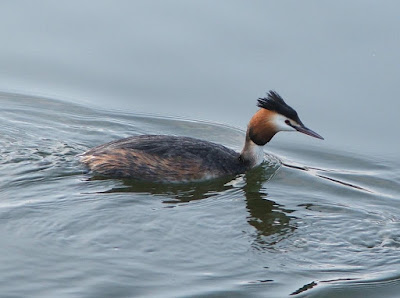 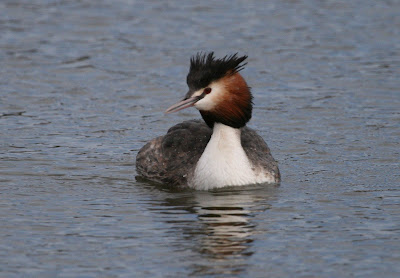 never recorded on home waters and never likely to be! 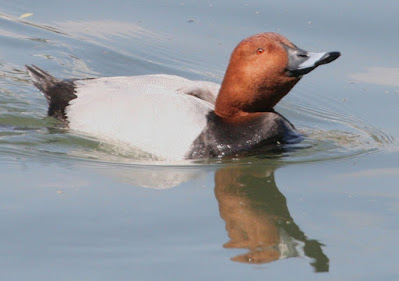 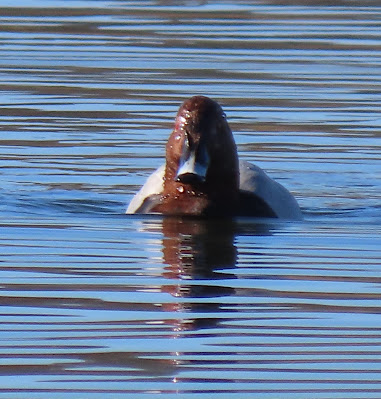 before arriving at the 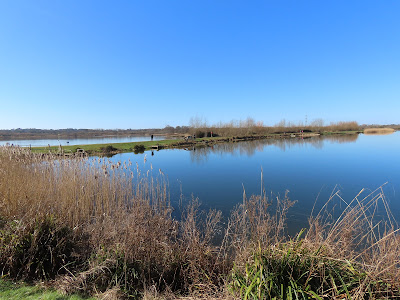 SOUTH LAKE
in the distance.
During that short walk it was found that none of the other enthusiast had yet seen it
so continued with the likes of 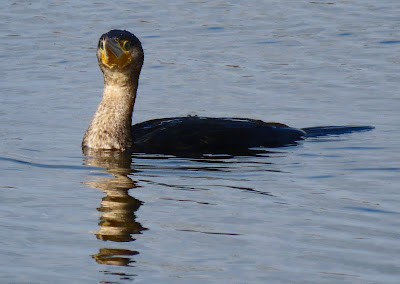 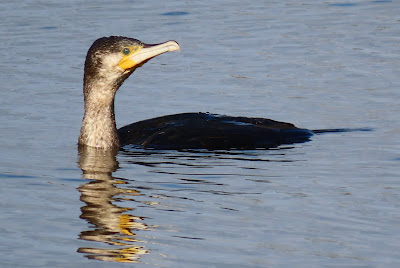 on the surface while 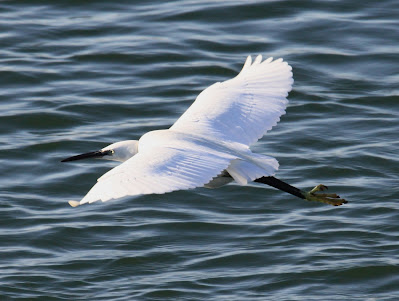 in sharp contrast to the previous day, when not a single Egret was seen, but a single
LITTLE EGRET
did make the effort.
While land-based contributions were made by 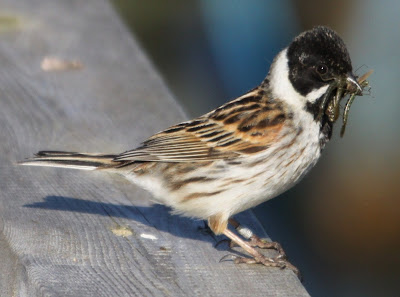 REED BUNTING
and our second Butterfly of the year a 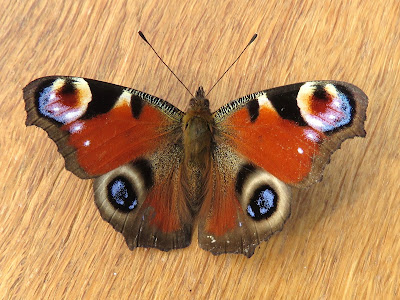 PEACOCK
that was never going to fall to the lens (archive) and while there was a suspicion
of sighting this Duck in the deep dart distance it would be unlikely to satisfy the
British Birds rarity Committee!
However, there is an upside as this gives us perfect reason to reach for the archive again and publish the 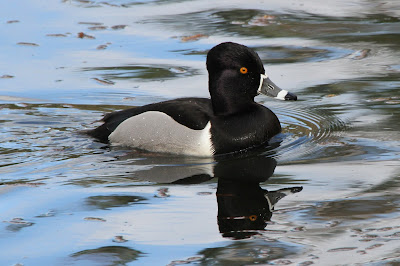 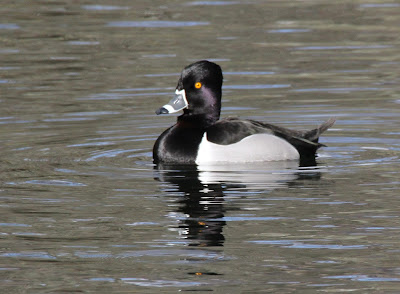 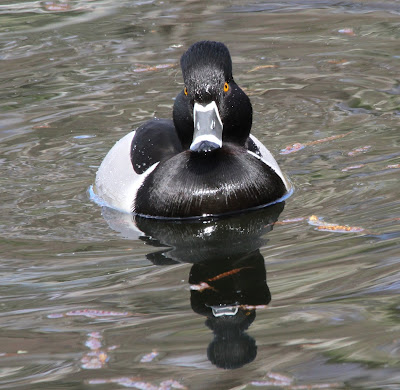 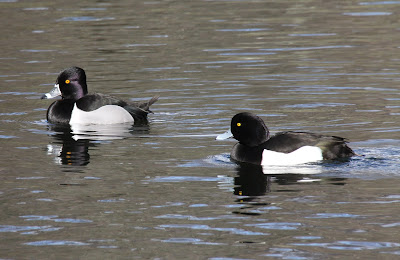 during April 2017
(with male Tufter Duck right for comparison)