From the album The Lamb Lies Down on Broaday.

Sunday and already a couple or 3 days in arrears to make matters worse, or better dependant on your point of view, up bowls Dave Foot. With the restrictions having been somewhat eased my aim was not to stay at a social distance but just far away enough that the money I owe him could not be handed back just yet. The mirth over it was down to the Moth Traps, a treat as he has not fired his own up thus far into the year, and pulled out over the course of the session all 'first's for the year' 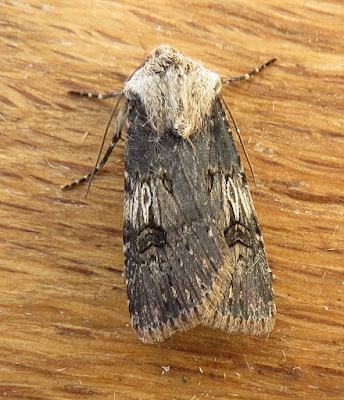 the readily identifiable and common 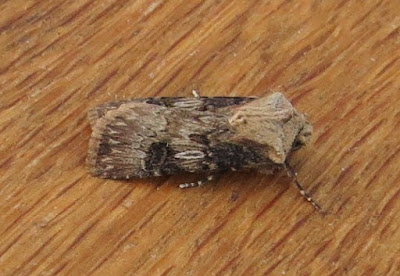 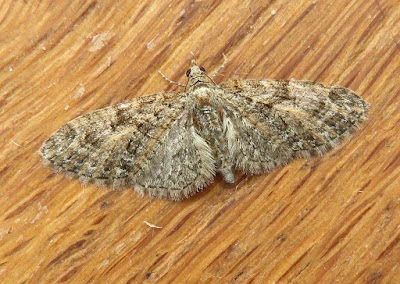 OAK-TREE PUG
along with 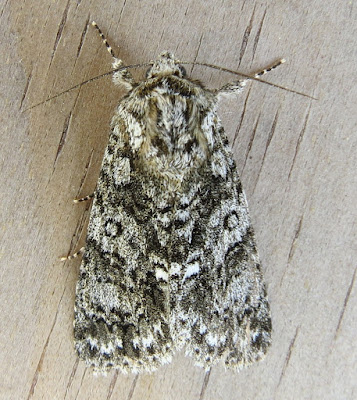 KNOT GRASS
and the added bonus of a 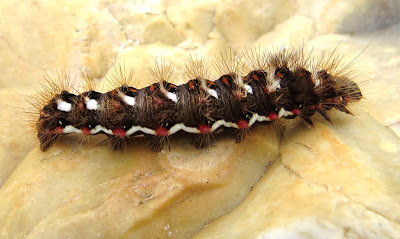 Larvae, not captured on the day.
During that whole process, deep in the forest, was the endless Cucking and Cooing
of at least 2 Cuckoo's which were not even seen let alone brought to book 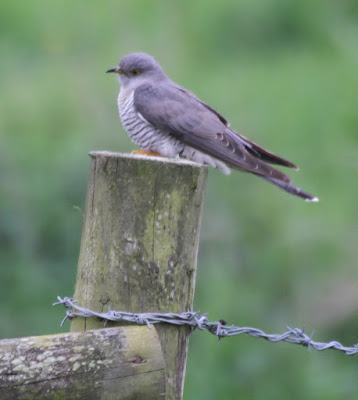 but as we have had some 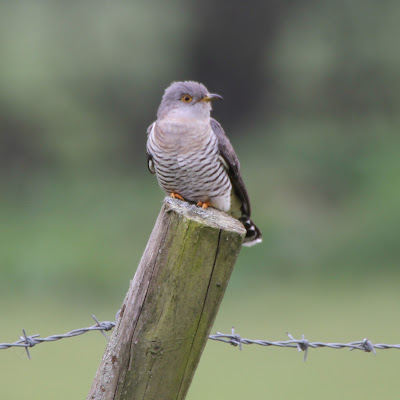 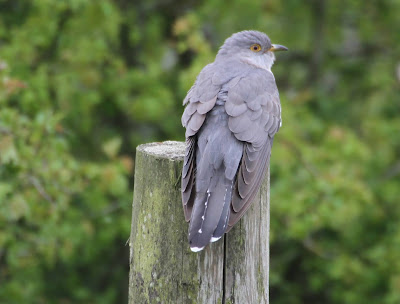 with such an enigmatic creature in the past 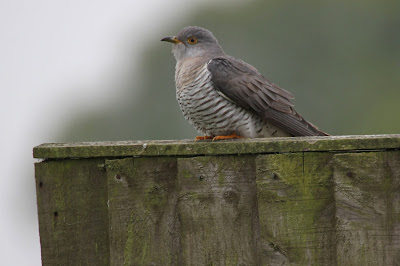 we are pleased to be able to illustrate it here 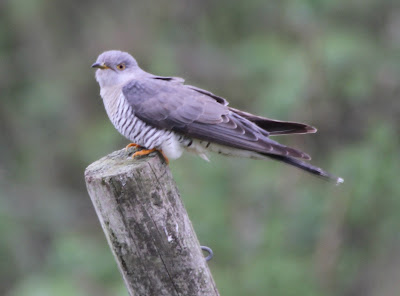 via our archive!
Dave also took a look at our nesting 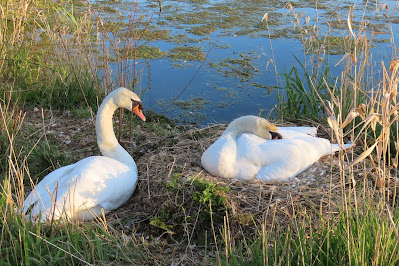 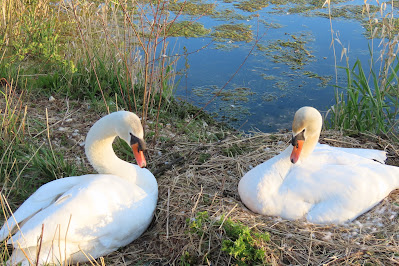 has less of a projection, 'knob' at the base of her bill. 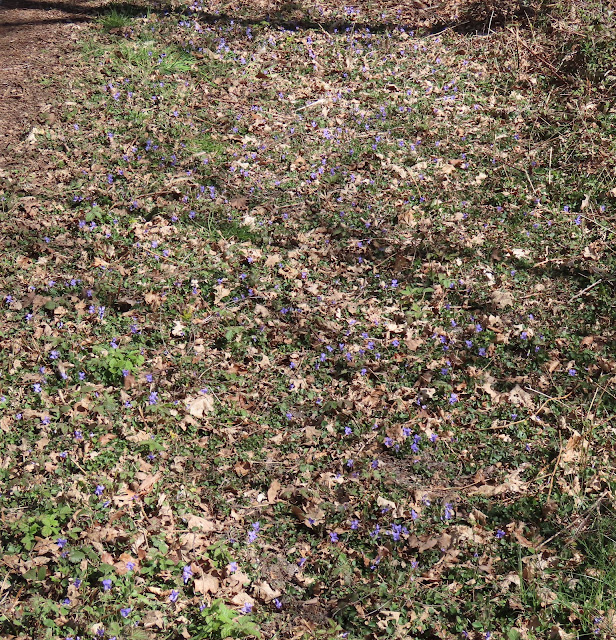 Looking every bit as if a profussion of 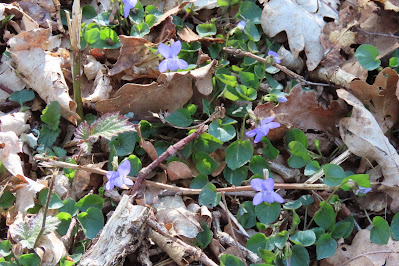 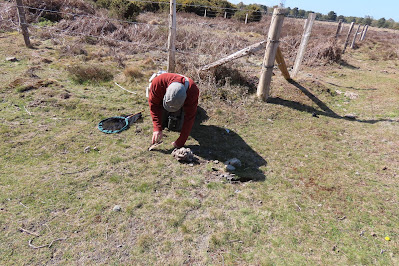 ARCHAEOLOGICAL DIG
this area having served as an airfield in maybe both World Wars? where were found both a 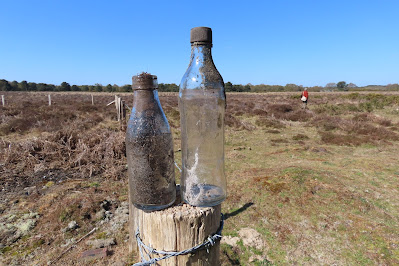 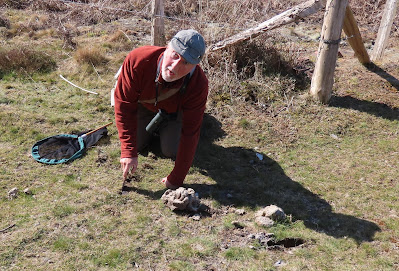 and an ancient MILK BOTTLE (right).
Unfortunately, we were unable to produce any Reptiles from under the covers 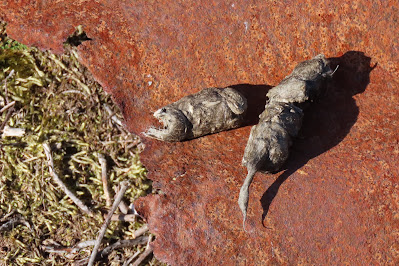 but on top of one it was found that REYNARD had left a neat little package,
while under another a predated 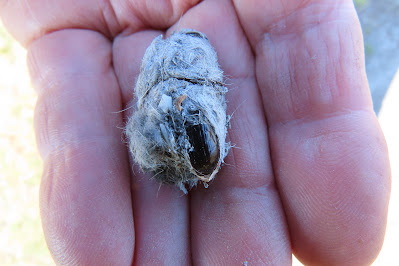 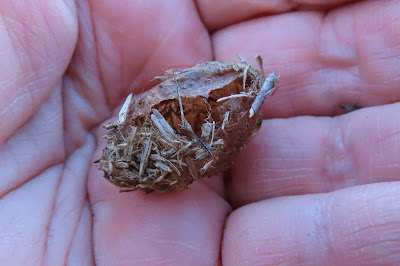 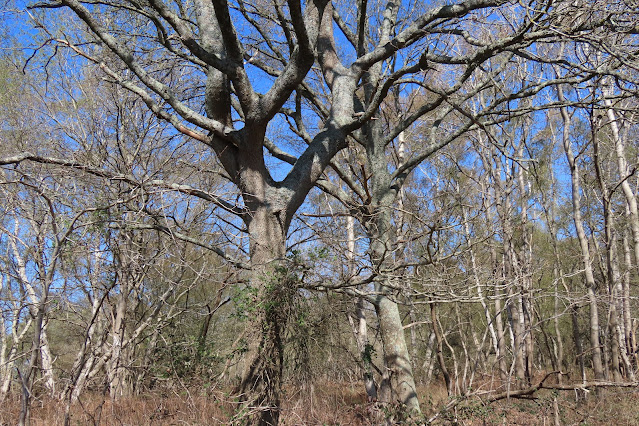 and the wonderment of how
Mighty Oaks
spread and form their shape among a backdrop of Aspens in what is the western fringe of
The New Forset
created by King William I in about 1079
as an area for the Royal Hunt.
Among the Leaf Litter were also found the magnificent 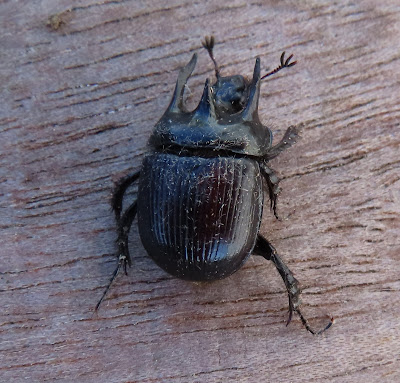 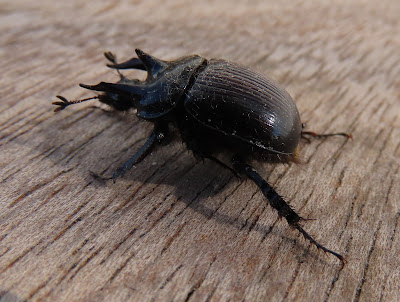 with menacing looking but harmless horns along with a 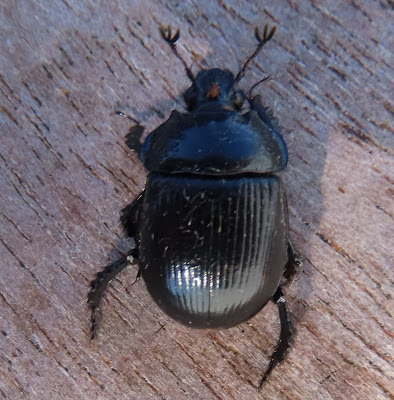 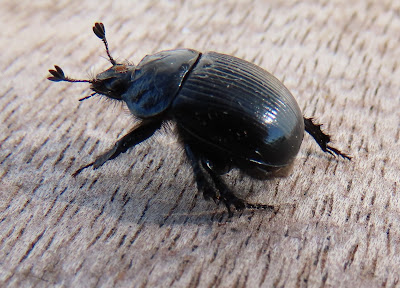 just showing the red-patch on the hear that suggests the name! 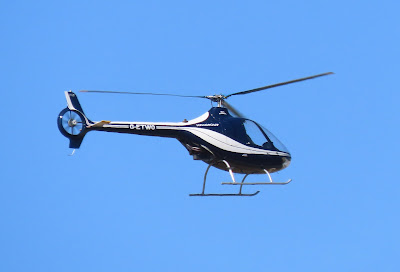