Despite the almost continuous overnight rain again, by dusk it had moderated to no more than a light drizzle which wouldn't prevent us getting to the Moth Traps. At home the first to be noticed was the 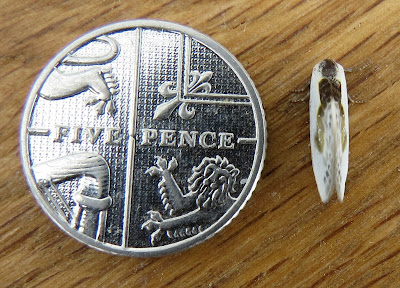 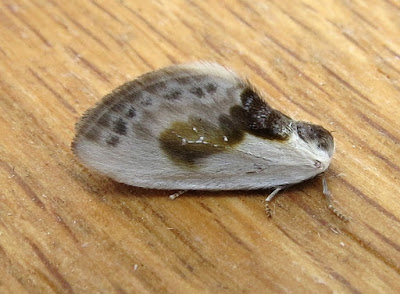 CHINESE CHARACTER
which on a dull day could easily be overlooked for a bird-dropping. 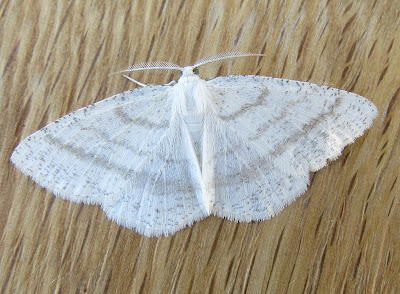 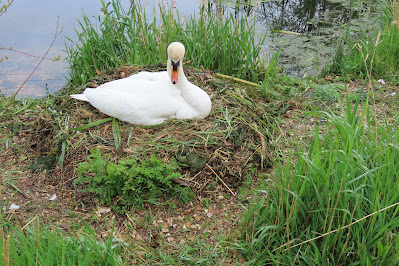 MUTE SWAN NEST
which has now been emblazened by natural growth and some carefully selected Reed
but not a sign of a Sygnet. 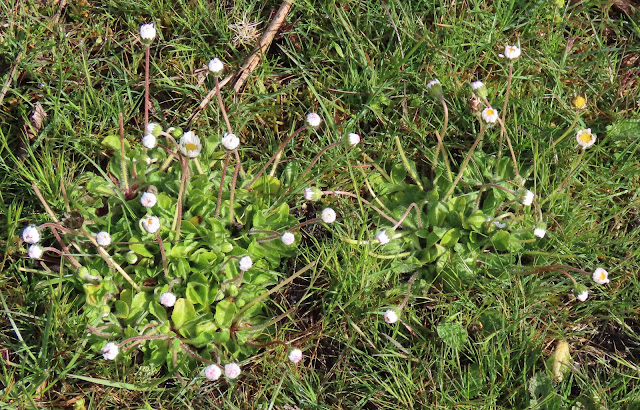 At the gateway to the Heath the DAISIES had not swung out of the hammock yet, as only 06:15 but a good start at the traps with a 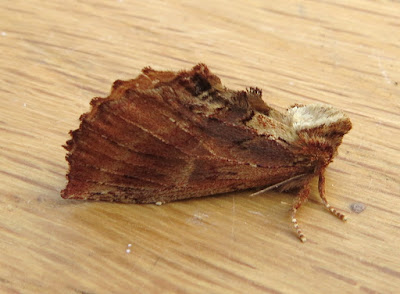 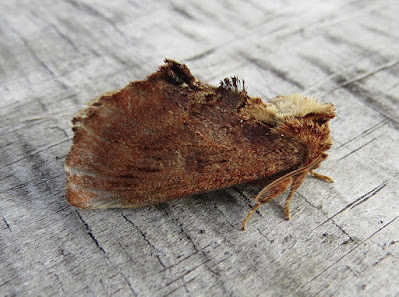 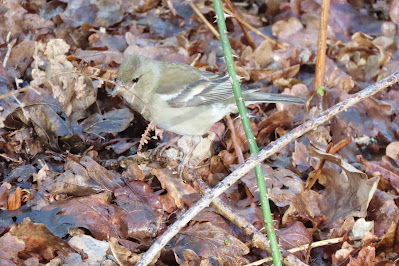 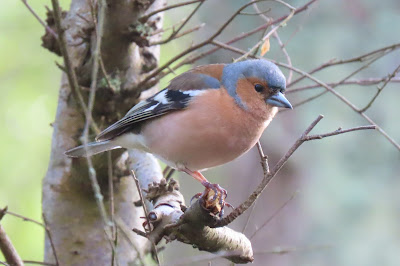 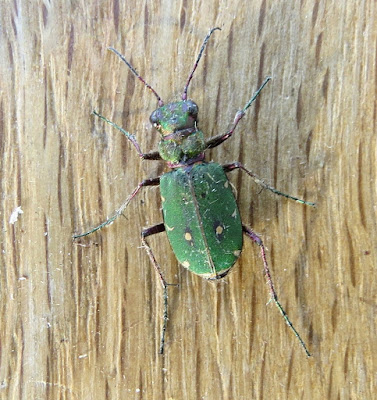 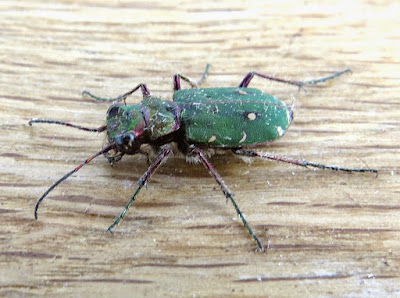 is always a welcome and eye-catching addition but not as much as the f.f.y. 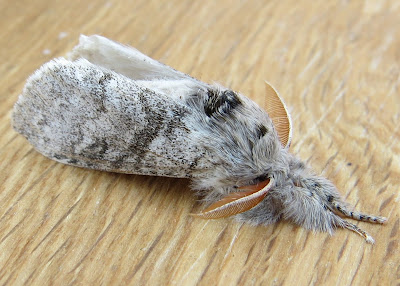 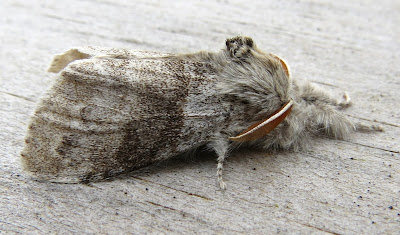 PALE TUSSOCK
We wouldn't consign the following hour to the
Boring Catagory
which might have been welcome as one of only 2 things left on the
Bucket List.
Just 10 minutes to see what it is like but roundly entertained by the blooming 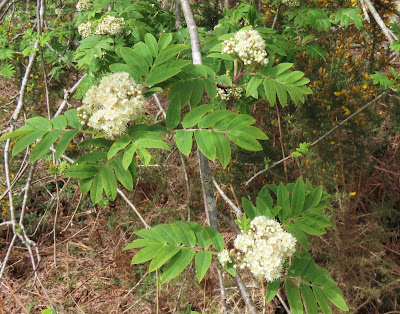 ROWAN
(or Mountain Ash if you prefere)
and a presumed parent 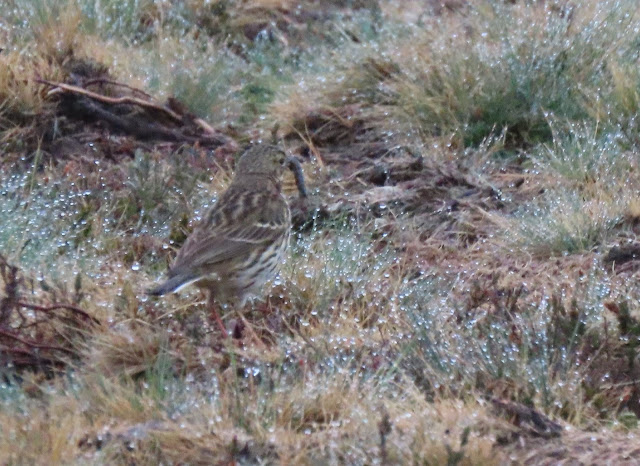 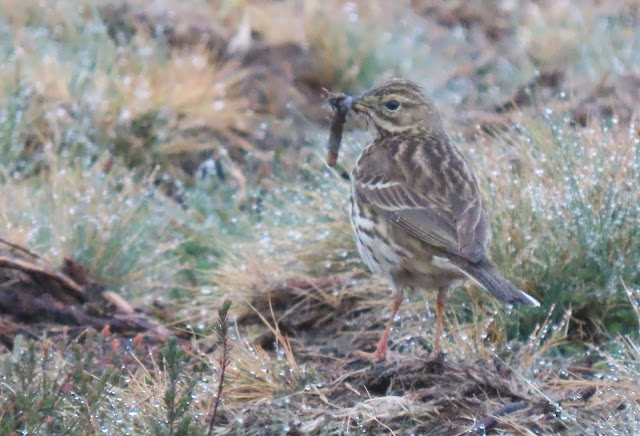 Nest Full?
During the all too brief intervals there was time to admire the now blooming 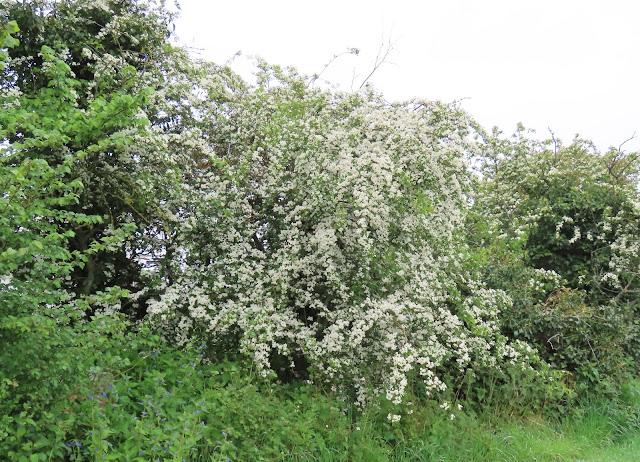 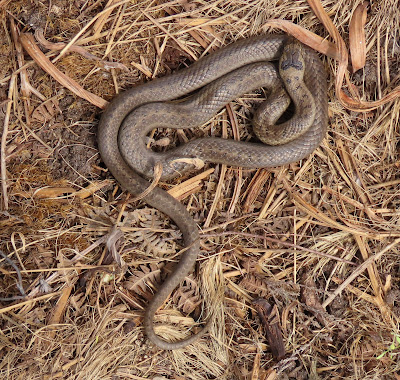 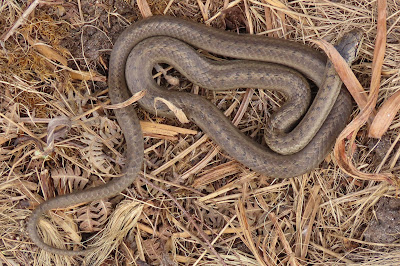 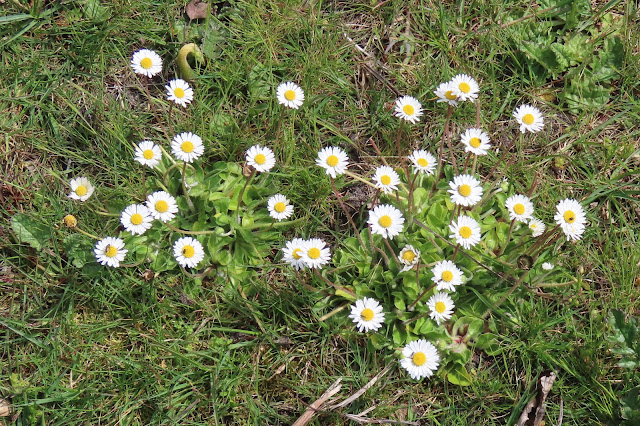 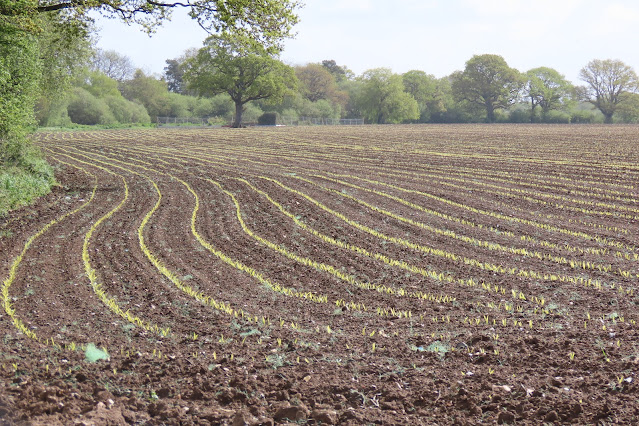 MAIZE FIELDs
new shoots spring eternal and while not yet quite as "high as an Elephants eye" with a little more presipitation it could well "climb clear up to the sky"!
Oh What a Beautiful Morning!
Through my own fault you may have missed the second Post of Friday 16th so would refer you back to that as well and the New Addition to the Local Bird List!
Posted by Bagsy at 05:31