Passenger Carrying Jet
cutting off to the south, likely bound for Portugal as that is where most of the controvesy lies at the moment? Intending to carry on in line with the days activities, where the Moths came close to last, we feel we should add just a couple of 'new for the year' Insect in case you think you have logged on to the wrong site. 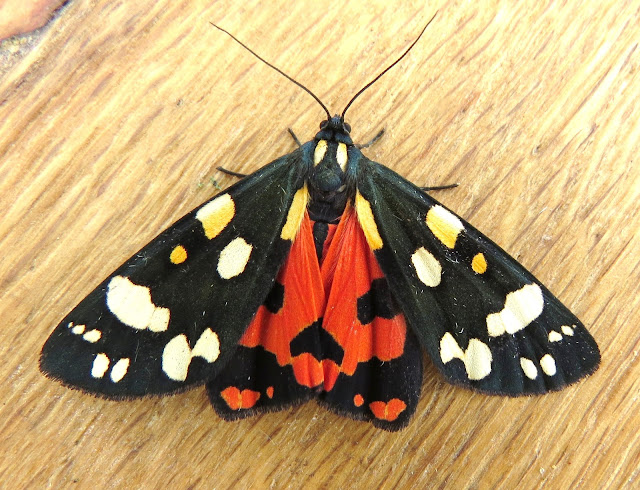 SCARLET TIGER
always brings with it that most welcome splash of colour, but its peers could not keep up the pace. 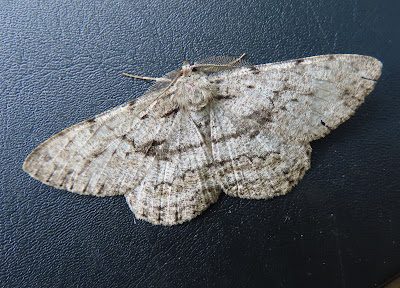 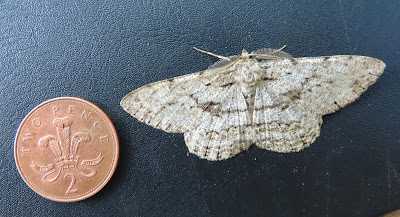 looked a little dowdy by comparison but a most welcome addition to the list. 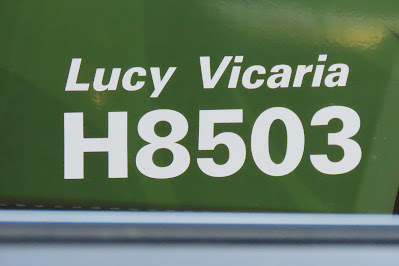 Another of Eddie Stobart's Harem
as we headed to where the real action started at the gateway to the Heath where, as regular readers know, we have been watching the antics of the c3 nest-bound juvenile 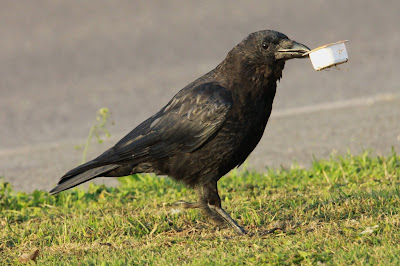 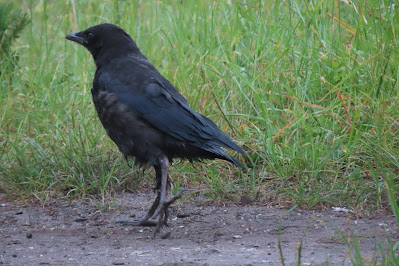 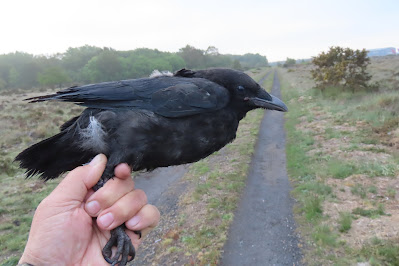 Easily Caught
but we do not remember ever 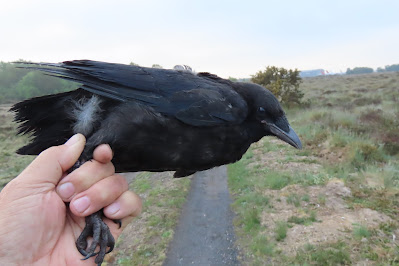 seeing such a beast 'in the hand'
let alone catching one 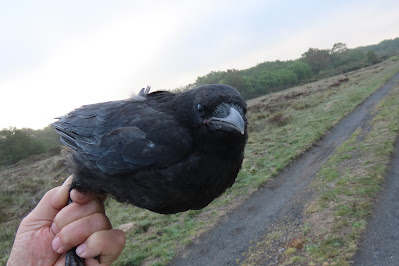 ourself.
Another sight worthy of mention are the 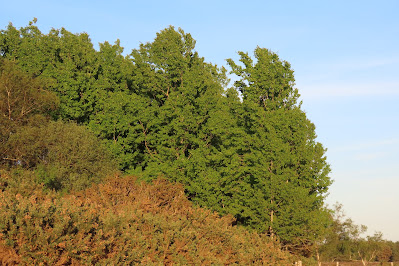 ALDERs
which almost overnight seem to have developed from skelitons to ripe leaf-bound trees.
With troubles with the Moth Traps at the moment a moment of ecsracy as you catch first sight of that 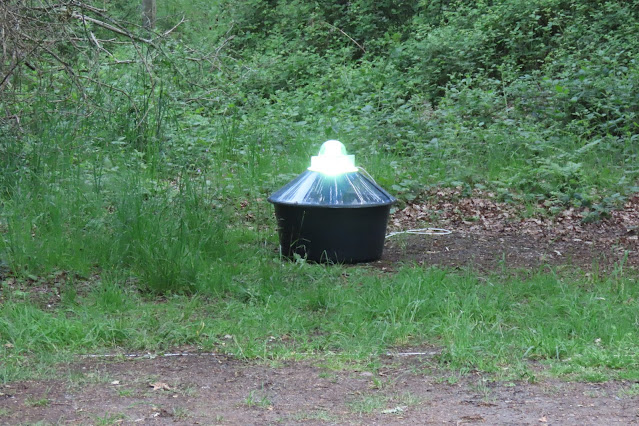 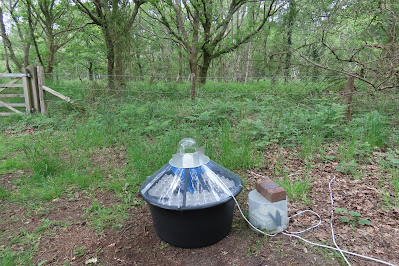 and settling into the possibility of a 'rarity'
while saring into an Oaken vista!
Only one other addition to the Year List came in the shape of a 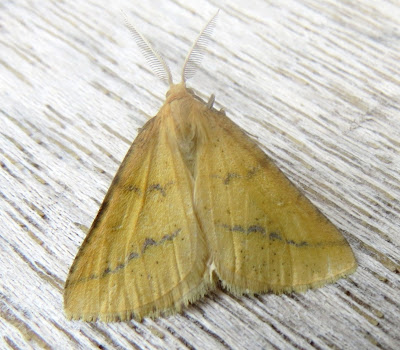 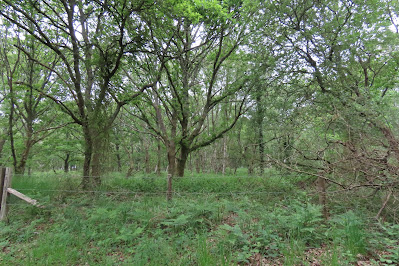 We could just Sit, Look and Listen Forever! 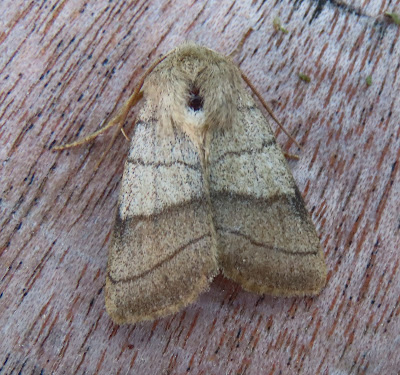 along with an oddly marked
TREBLE LINES
but that didn't mean the game was over. While we don't do Micro Moths, mainly down to mostly Latin names and their tiny size we do appreciate the beauty and other wonders of the genere, while hoping we have got this Longhorn Moth right - a real wonder! 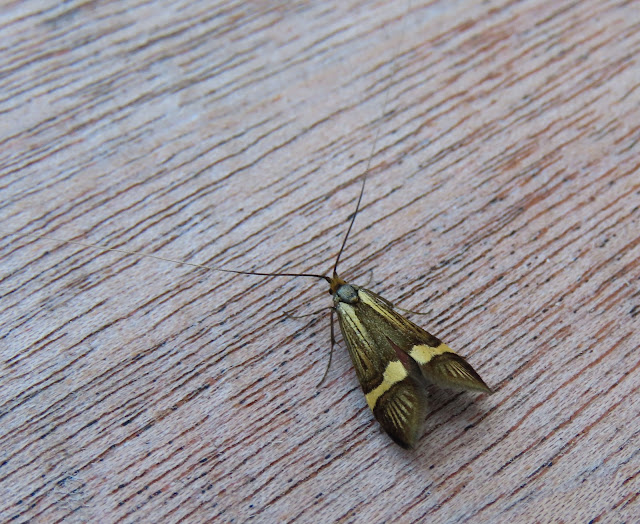 NEMOPHORA DEGEERELLA
7 - 10 mm long, with antennae stretching beyond the image.
Sitting with one's far more educated peers at an early morning Mothing session can sound similar to the Pope blessing the faithful at the Vatican on Easter Day, or Pontius Pilate dhobying his hands and passing on the 'dirty work' to someone else!
Elsewhere, the 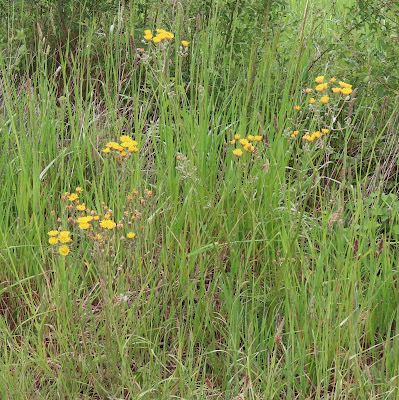 RAGWORT
is taking hold, so keep your Horses away while young 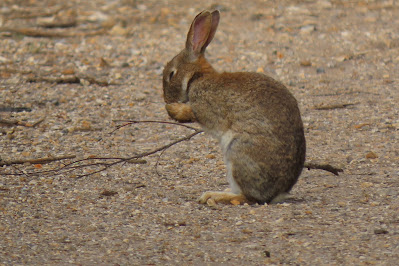 RABBITs
will soon be reaching plague proportions to those above.
Young 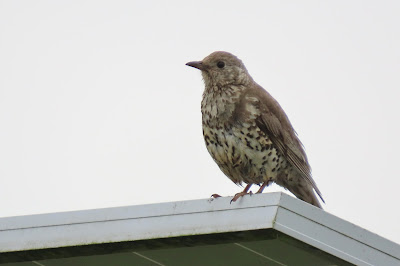 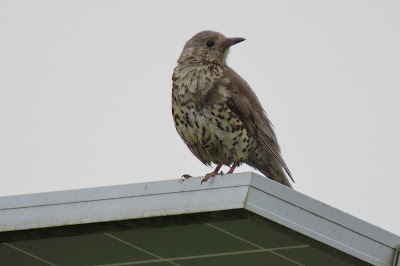 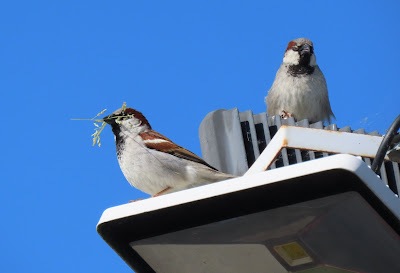 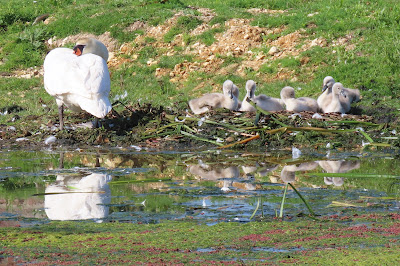 CYGNETs
with all c7 alive and well 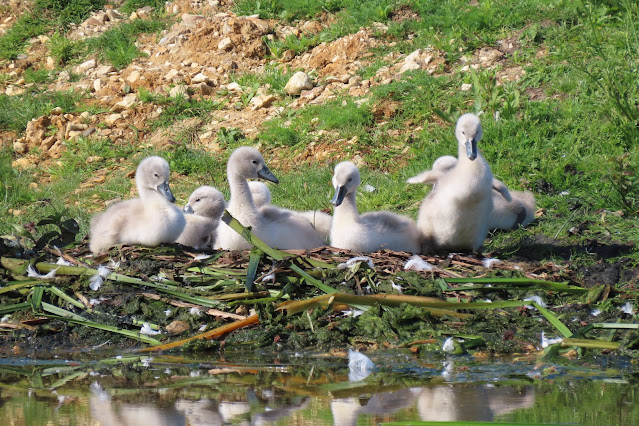 while strangely, to me at least, the parent birds have built a new nest to accommodate them.
And here's one Pondside Geezer who ain't going to win any 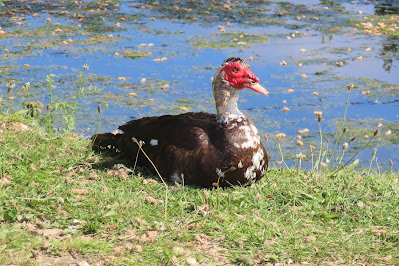