OK, we missed a week but now back on the trail to continue the

The deal put to me by my now friend and bird-guide Vicke Cheng was simple, "£100 stering and my taxi driver friend and fellow Birder will take us on the 4 hour drive to the mountains as an 'all in package' including food" - so tempting, without thought I bit both her hands off! 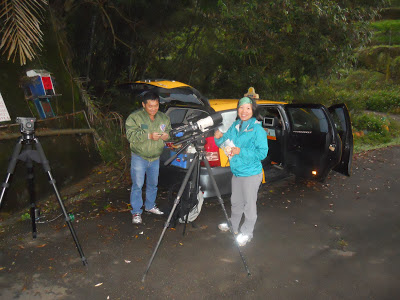 Arriving early dawn all kitted up that cup of coffee had to have been the sweetest ever savoured with a backdrop Dawn Chorus that has been impossible to forget.
With sufficient daylight we entered the 'at altitude' 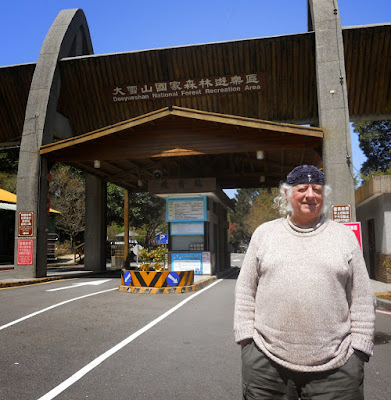 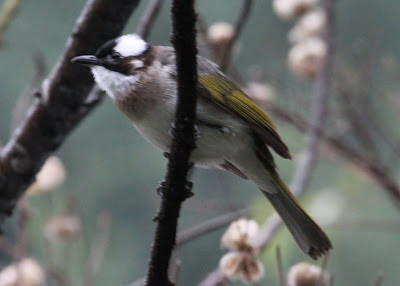 CHINESE BULBUL
and a warm welcome at the ticket office and the sort of place there is no need to look for stuff as it mostly comes to you! 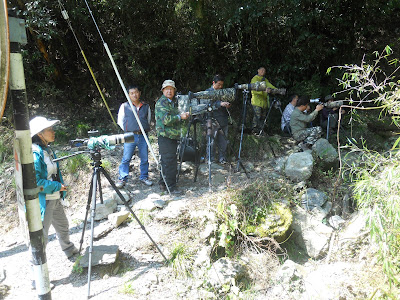 Many of the protagonists were already in place as Vicky intoduced me in her native tongue, much to the delight of the assembled crew it should be said.
The second bird had already reached the log by this time and considered a bonus indeed as anywhere in the world the Family Group can be difficult, a lone 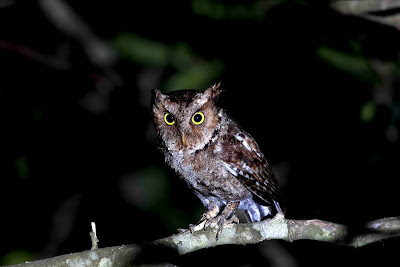 MOUNTAIN SCOPS OWL
From there there it was mostly 'lifers' (a bird never seen in your life before) that not surprisingly tumbled into the book which you cannot spice up other than present a part of that list here. 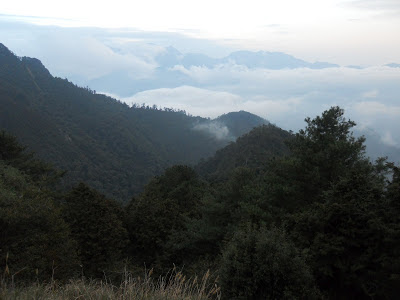 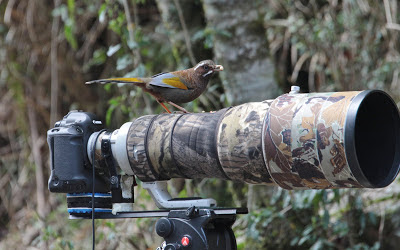 STEER'S LIOCICHIA
land on your lens, 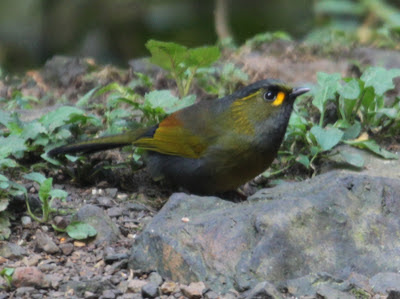 there, take a closer look.
The ROBIN's are particularly startling in this part of the world, like the the White-browed Bush Robin that adornes our Header Page, 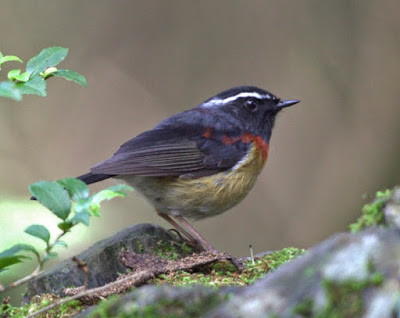 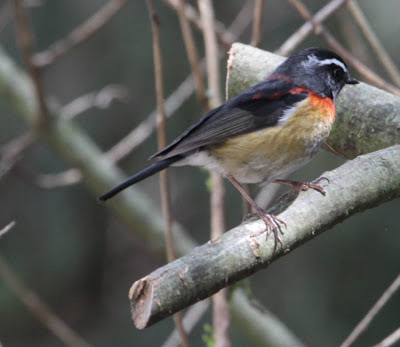 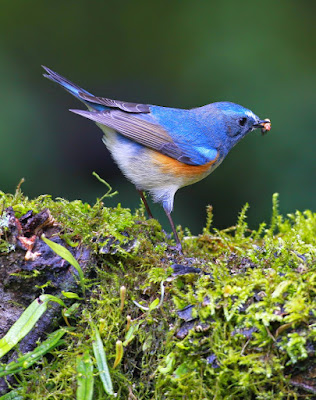 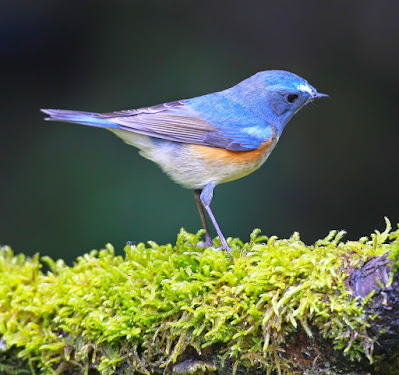 with my luck having allowed me to view on 3 occassions in our Home Country
but none of the trio looking anything like this! Along with 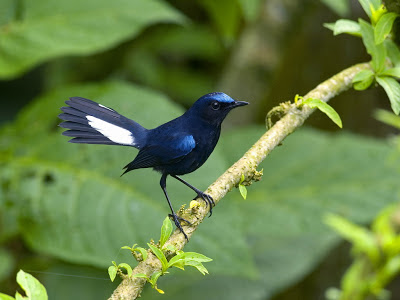 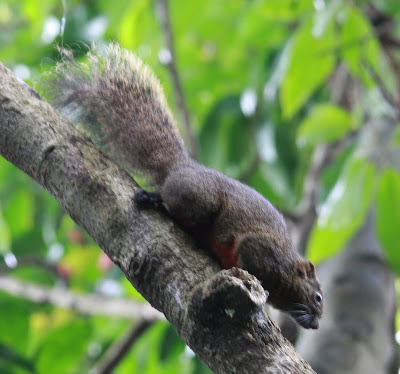 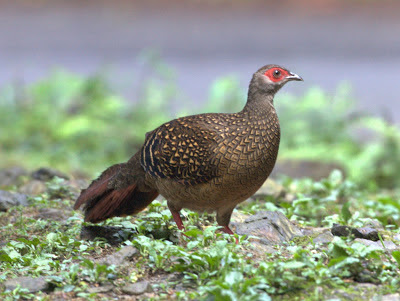 female of the species 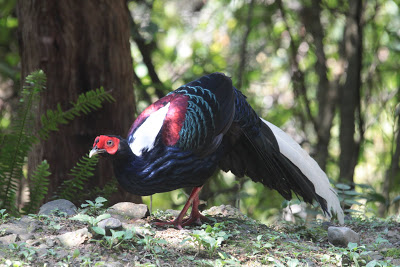 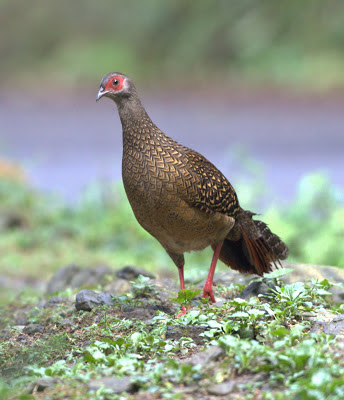 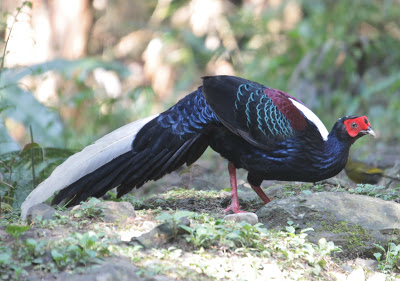 which really could not be beaten for sheer glamour!
Unfortuneately the video will not glue on as to large. 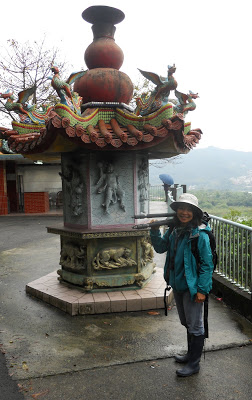 The almost mandatory Temple which if nothing else are most pleasing to the eye architecturally, and 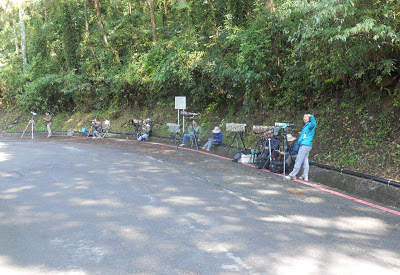 another gathering of aficionados which have facinated me right across the Far East. Not so interested in the Birds themselves, as most seem unable to ID them when asked, but just wishing to photograph them!
EACH to THIER OWN!
The Back-up Crew included 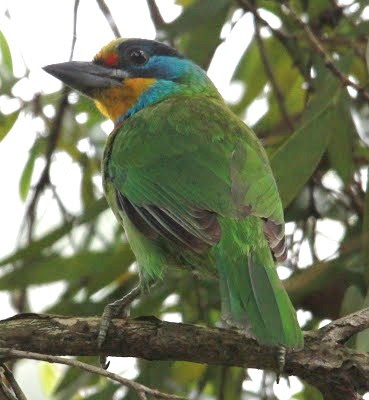 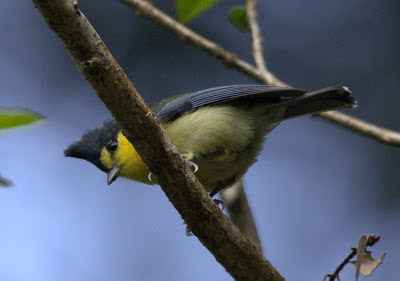 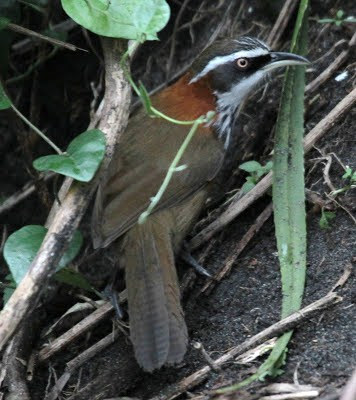 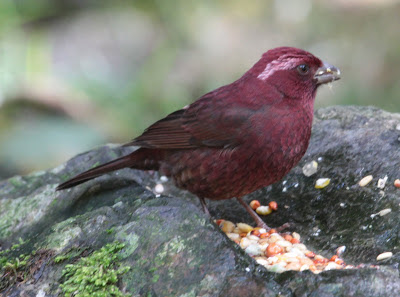 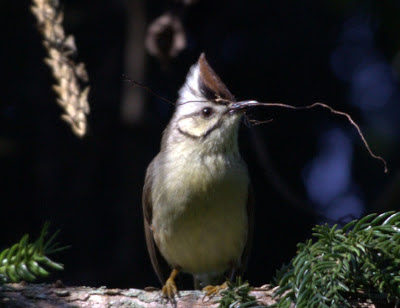 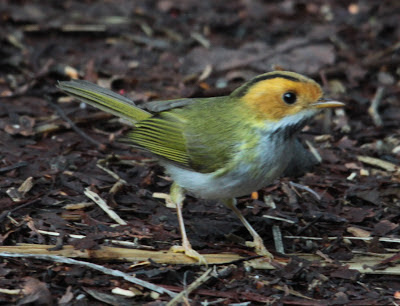 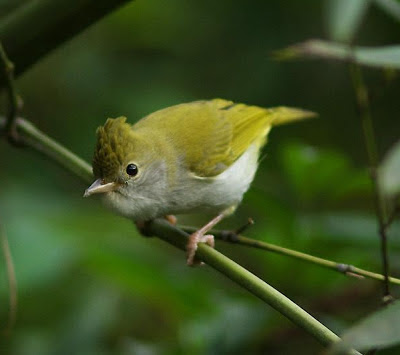 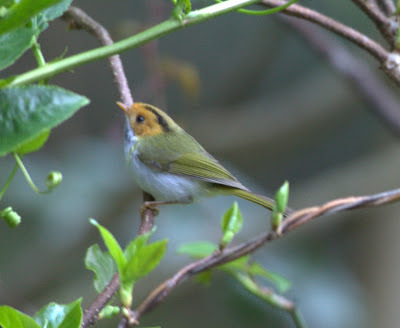 WHITE-THROATED FLYCATCHER WARBLER
which might have been the end of the day save for George, our Chauffeur, who was almost insistant that I should meet his 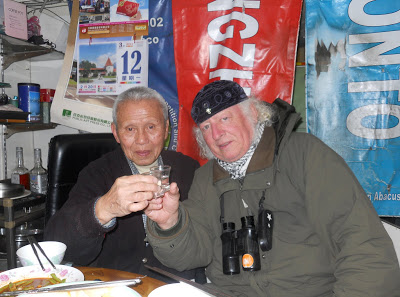 109 Year's Old Father who cooked me a traditional meal, along with one over the 8 and the odd grunt and smile which said it all.
CHEERS!
It seems somehow appropriate to complete this saga with a one liner
from the Genesis magnum opus that is
The Battle of Epping Forest from the album Selling England by the Pound.
"It's the end of the day 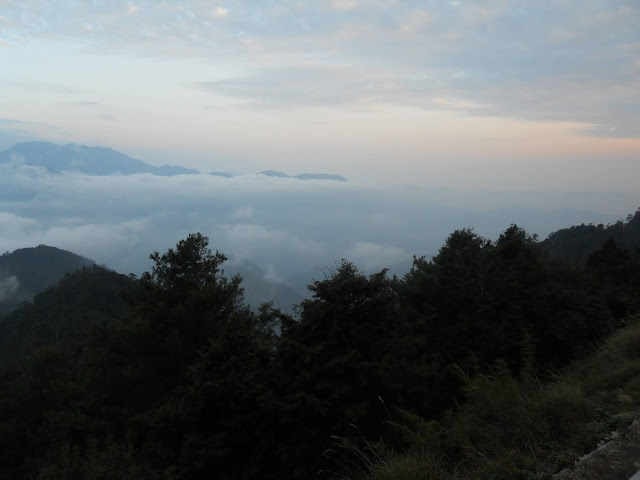 and the clouds roll away"!
In this instance the clouds are Rolls Royce Silver Clouds.
Listern for yuorself to this magical depiction of
London Gang Warfare