The thing about seeing a'first for year' 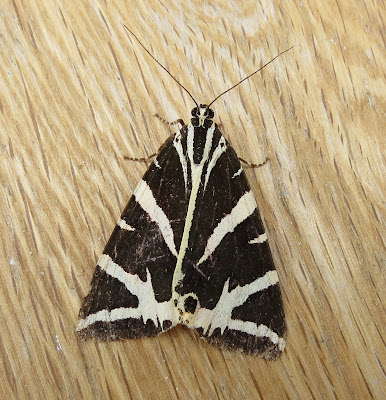 JERSEY TIGER MOTH
through the perspex collar of the first trap as the first Insect is that, under these fairly lacklustre 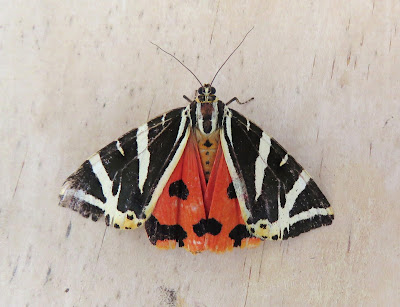 conditions, it ain't going to get much better? By comparison the best from the Heath Traps 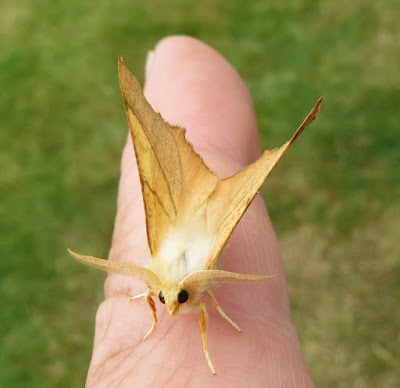 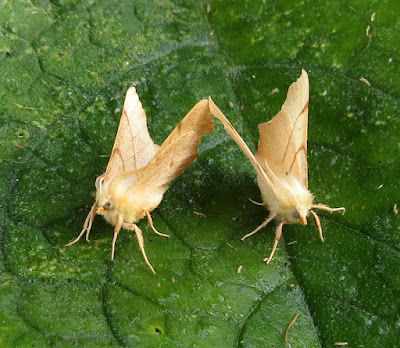 also new for the year was no less welcome. 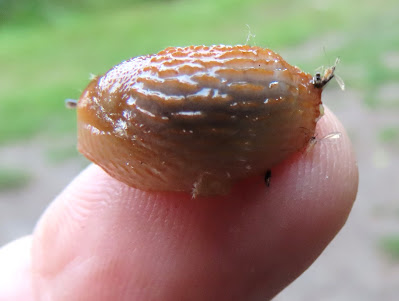 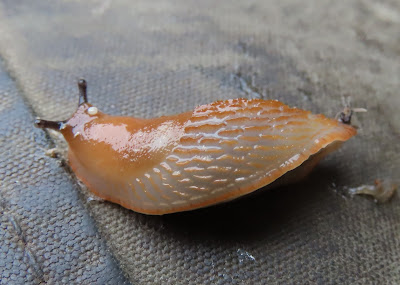 was also of interest even though we cannot 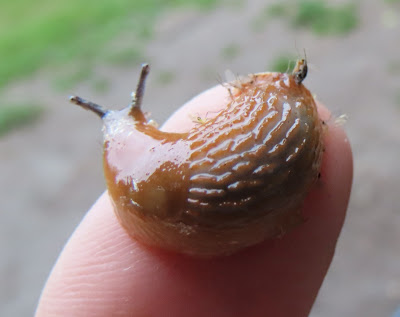 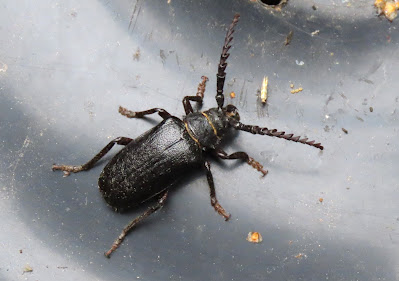 BLACK CLOCK BEETLE
from our investigations and if so a first sighting ever.
(the queue is already and quite rightly forming to correct us) 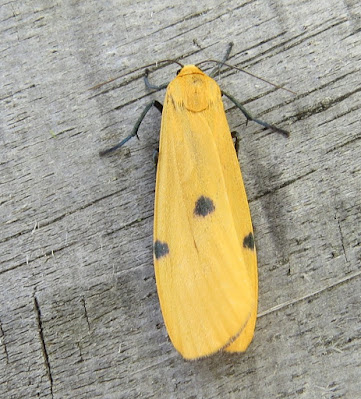 All else from the traps were this pair of 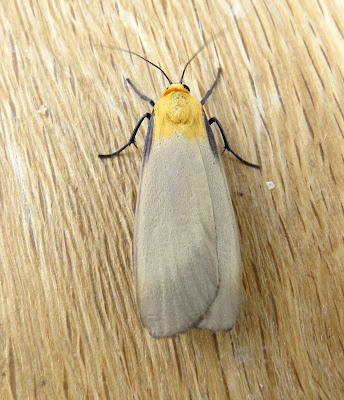 FOUR-SPOTTED FOOTMAN
(female uppermost) only our second and third this year. 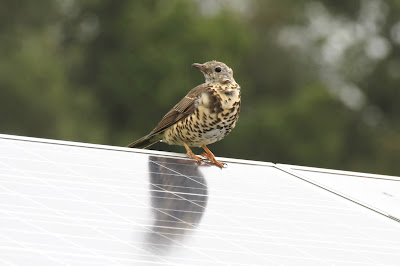 Otherwise, from within the Solar Panel Compound 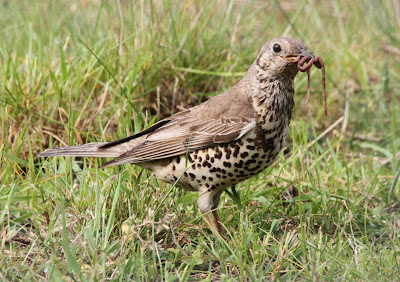 the greatest surprise of the month this
MISTLE THRUSH 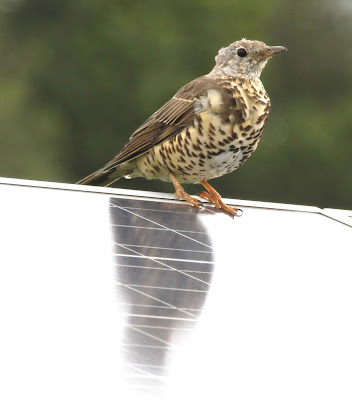 seeming feeding this youngster with all the others having dispursed days ago!
Along the Bracken line away from the Heath these 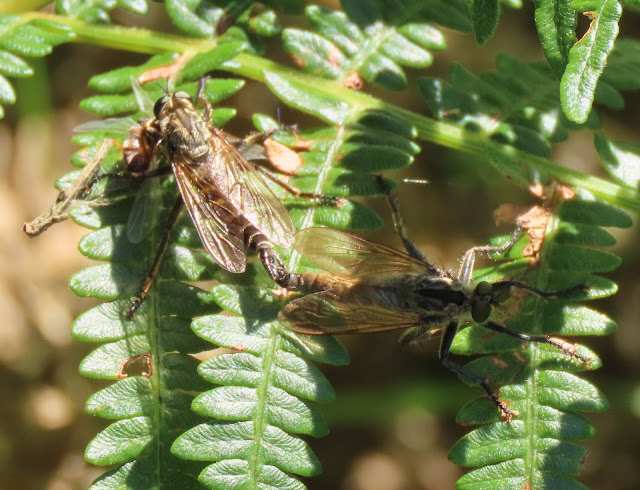 ROBBER FLIES
were caught in the act of procreating. 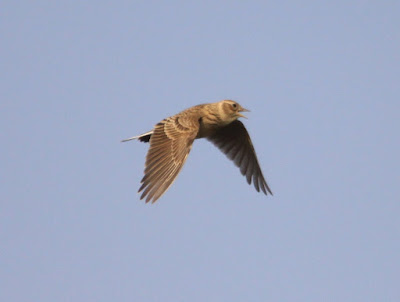 The juvenile theme continued further on watching this 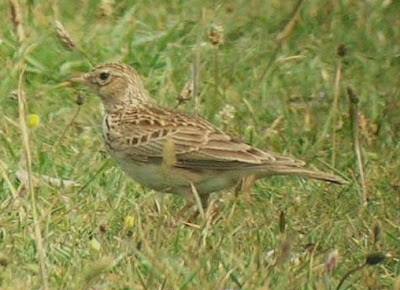 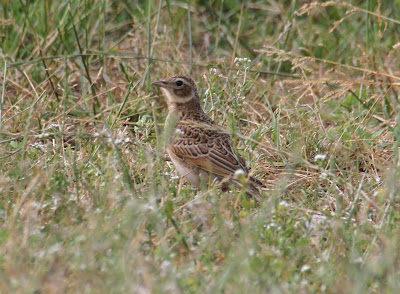 fall to the ground to 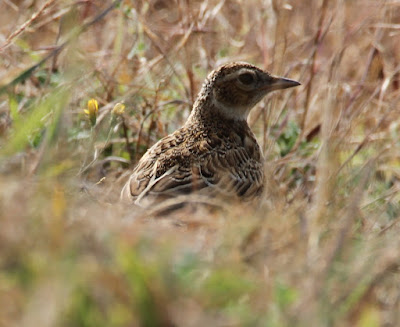 attend young.
A brief encounter with the Rare Breed 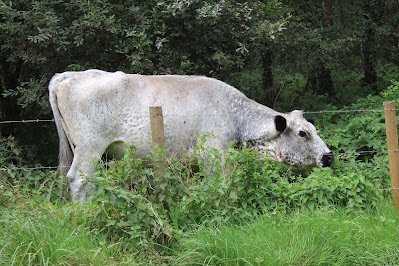 OLD ENGLISH WHITE STEER
was as rare as the animal itself as having been move to the Satelite Heath usually blocked from view. 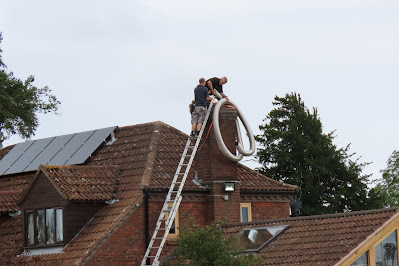 and finally, there was a time but not in recent years 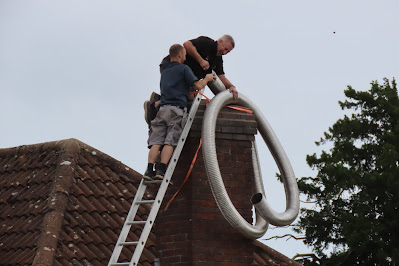 we would have welcomed the climb as well!
Posted by Bagsy at 06:42