Not in either of our Blog manifestations have we ever featured a 'single species' in a complete Post, but we got close to it today, until 2 small punctuations queered the pitch. Despite the best efforts of Storm  Evert, seemingly keeping a steady course along the English Channel and knocking up a 77 m.p.h. gust at the Needles, Isle of Wight, just a stone's throw from here, while we saw but a 40, there were Moths with for starters a f.f.y. 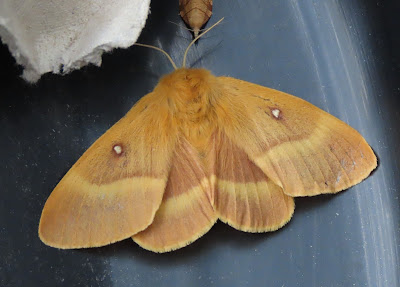 OAK EGGAR
and in similar fashion a 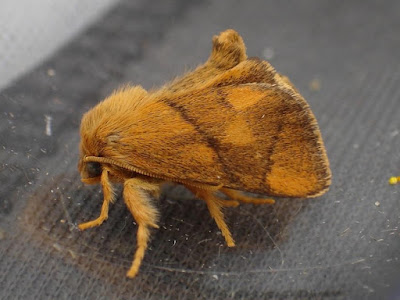 FESTOON
before setting off in hopes of other things. Stopping at the Aspens, just to listen to the russling of the leaves we turned th binoculars to the cross path where some way ahead was spotted a small bird on the track. Sticking to the 'mobile bird hide' we at first, and at distance that it might be a young Starling, which would have been a wonder in itself as they simple do not visit the Heath?? 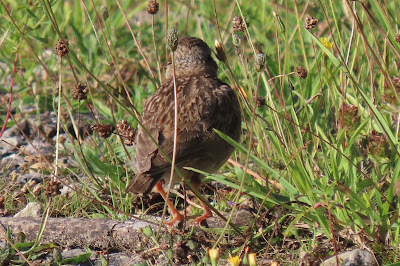 closer it was seen to have reddish legs and closer 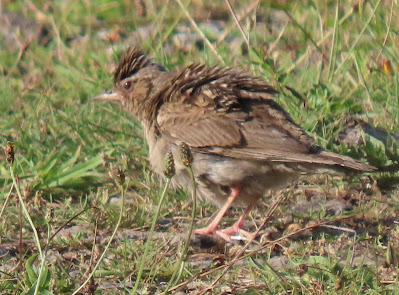 something of a crest which pointed to Skylark 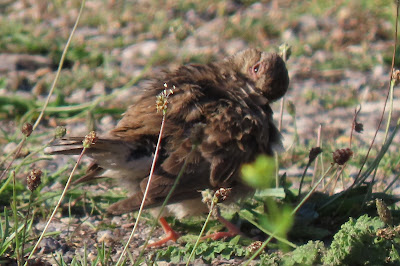 which are almost as reluctant as the Starlings to visit this patch. 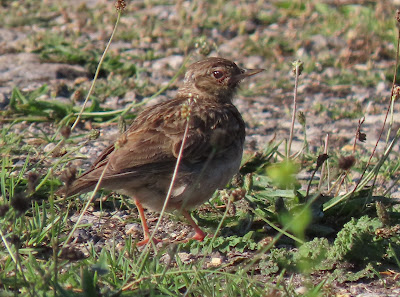 The faint traces of a supercilium (eyebrow) 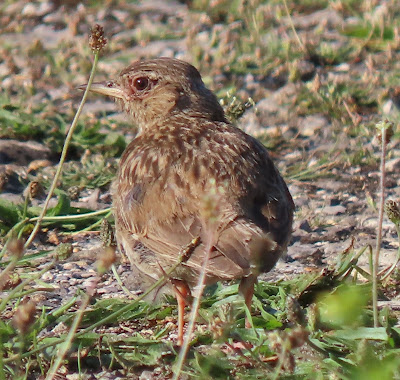 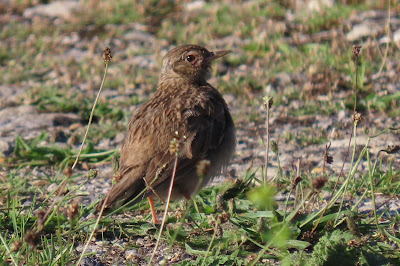 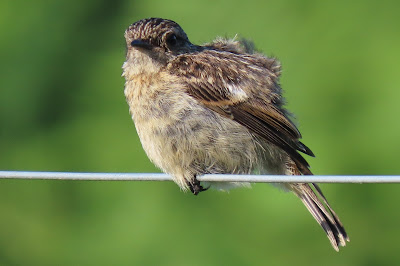 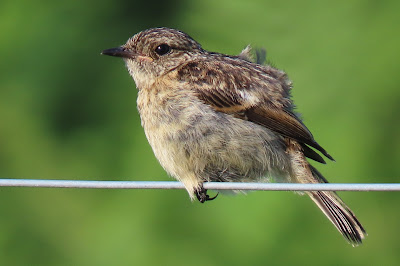 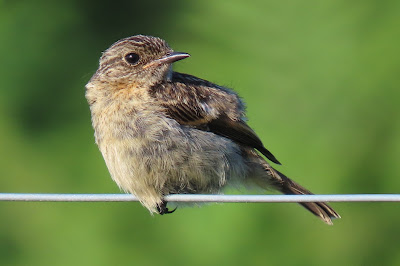 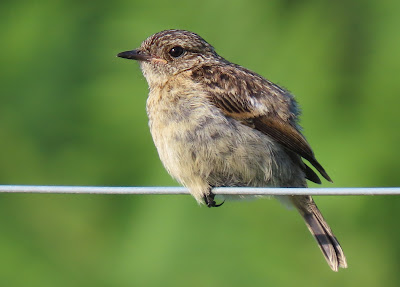 which looked as if pleading to be clicked - so it was!
However, even closer, as if that were possible, 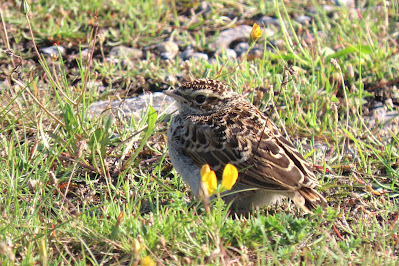 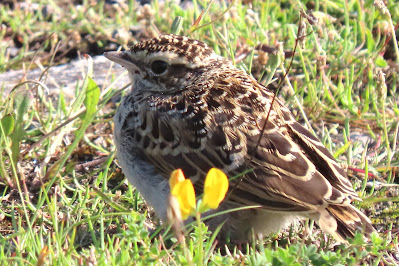 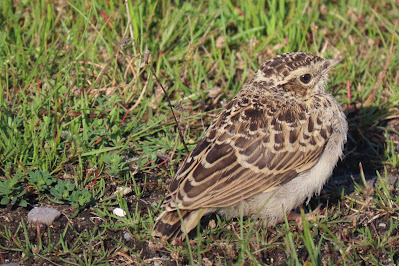 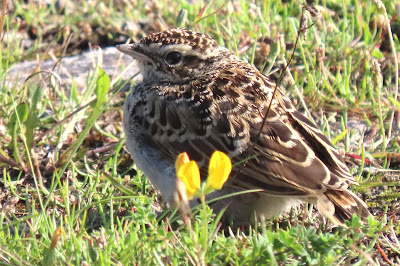 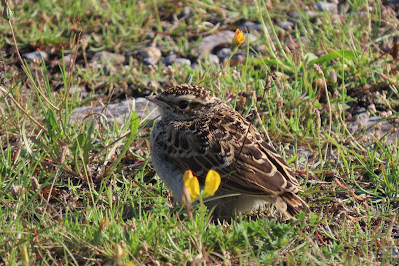 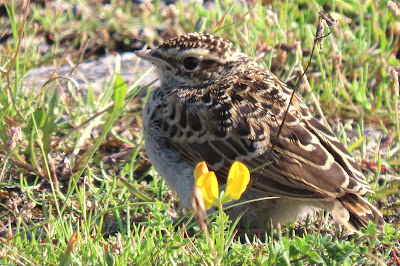 when having decided that 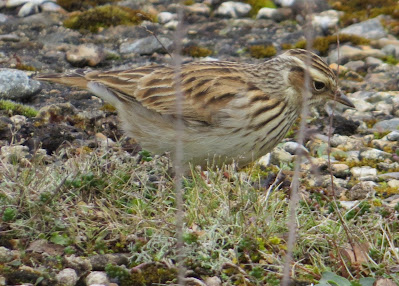 they we having a 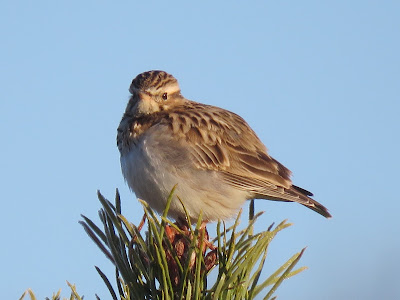 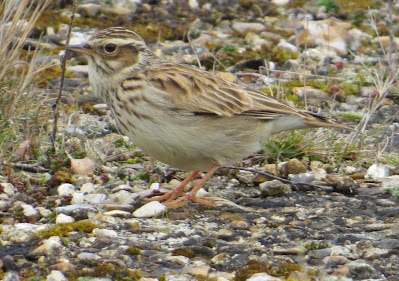 of it but now somewhat redressing the balance!
Posted by Bagsy at 05:56