While the Heart of the Summer remains a little dull, which is usuual, our attetions were more or less focused on domestic animals rather than those of the wild! 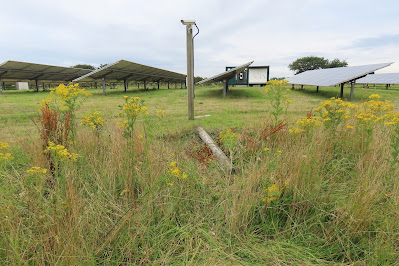 For a couple of days now this fence post has been snapped off at the base allowing the Sheep to roam freely outside of the pen but luckily they don't seem to stray far. Just as well as the are over 200 head of them in this compound alone, but travelling to flash up the Moth traps yesterday evening things were turning the the shape of the proverbial Conference (Pear that is).
Dogs had attacked one of the hapless creatures forcing it into a deep ditch with the Fire Service being called by some concerned passers-by, recovering it and washing the mud from its fleece. 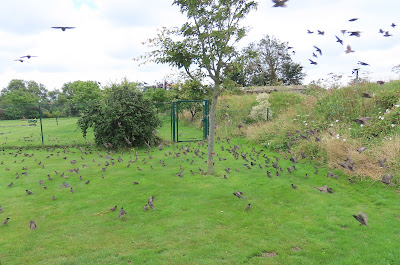 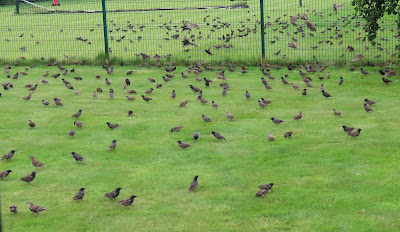 were everywhere, in a flock considered 1,000 strong, 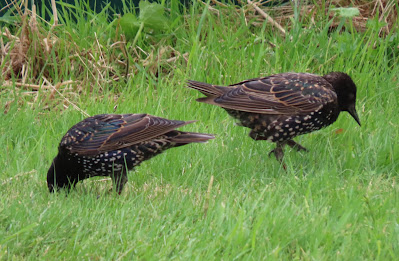 and while not quite so numerous so were the 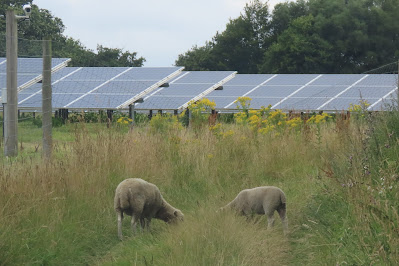 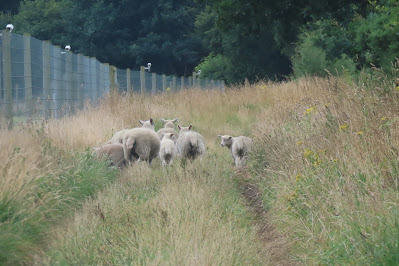 still 'free-ranging' but not far from home with the
Shepherdess and her Team on their way from Mid-Dorset as we continued our day.
From the Moth Traps a 'first for year' 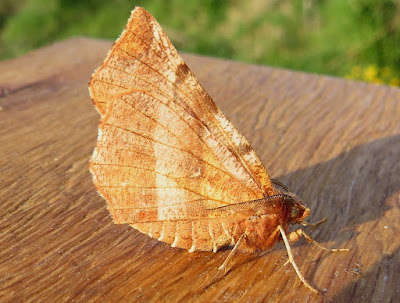 EARLY THORN
along with a ditto 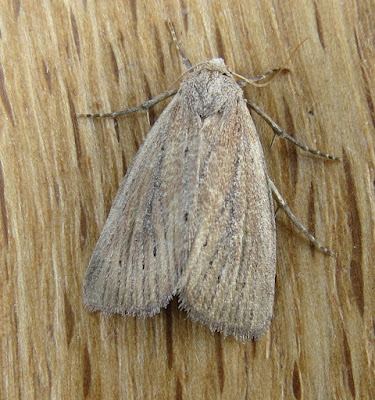 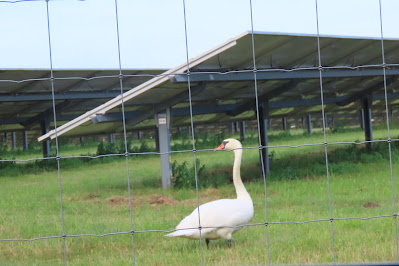 MUTE SWAN
had broken 'into' the compound, flying right in the face of the norm, 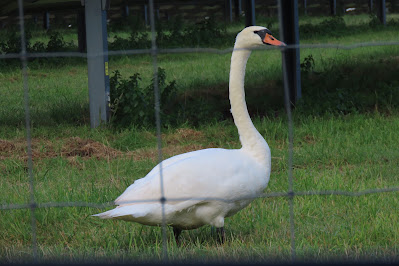 as the first ever to be recorded across any of them.
We had already dragged an image of a 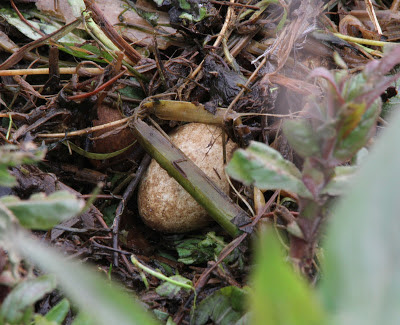 LITTLE GREBE EGG
from the bowels of the archieve, just to give some idea, and then finding 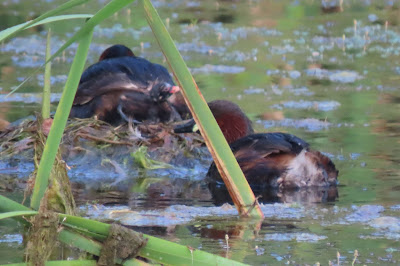 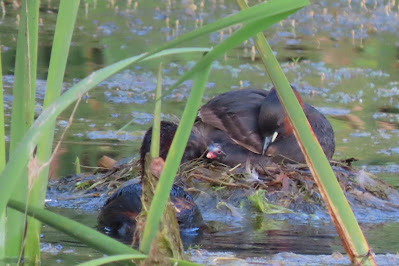 first one had hatched 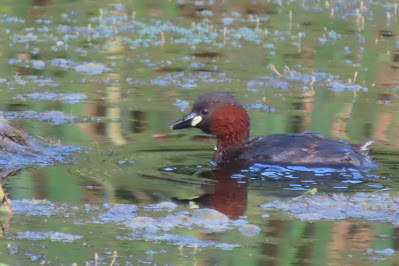 with the paler of the 2 parent birds 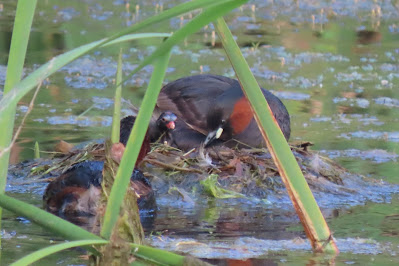 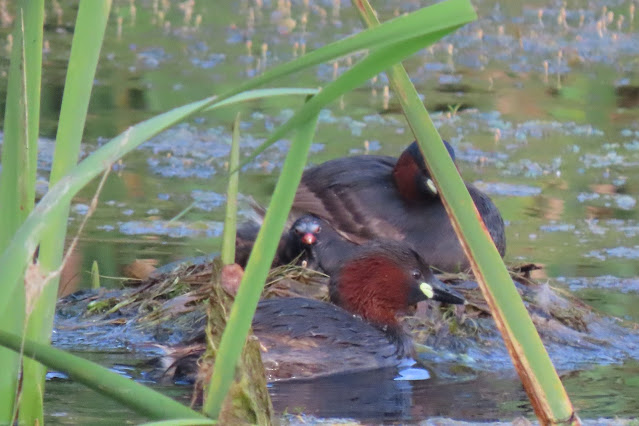 Our intent now will be to capture better images when it / they reach more open water,
while closing with another example of just how well the 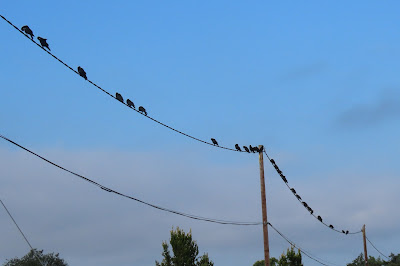 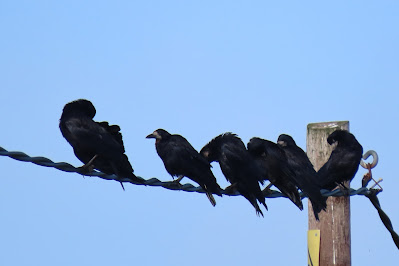 have faired this being the 'second generation'!
Posted by Bagsy at 06:12