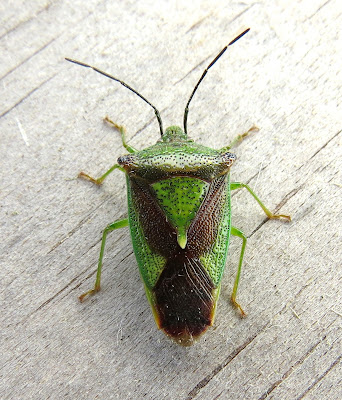 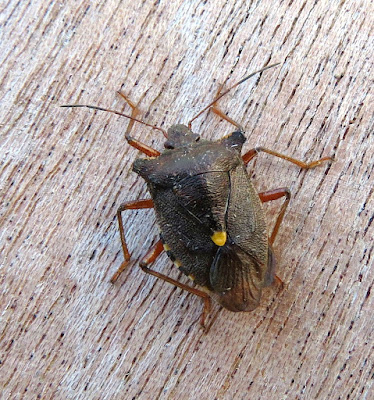 RED-LEGGED SHIELDBUG
alike, as has been seen we have also had a decent run of luck with Moths 'first for the year' which continued, despite the sugestion of a deluge with an eye-catching and migrant 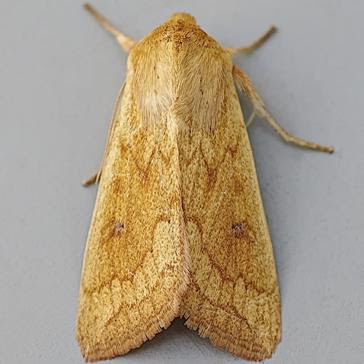 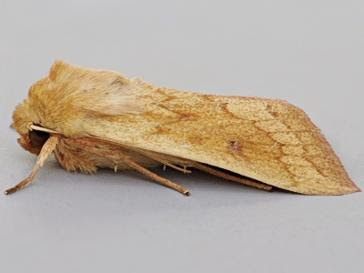 which looks as the name suggests.
While shying away from the myriade of Micro Moths, every now and again one will pass our eye and stimulate the need to find out what it is - hoping of course that we have got it right 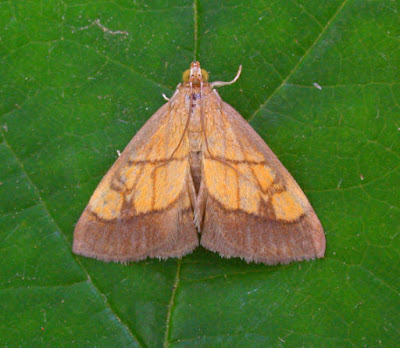 EVERGESTIS LIMBATA
is the absolute 'cracker' with all of this taking place on a darkish morning.
Reason then why we only resorted to a short video clip mostly for the vocals of a nearby
GREAT SPOTTED WOODPECKER
while in a quite different direction we have always considered 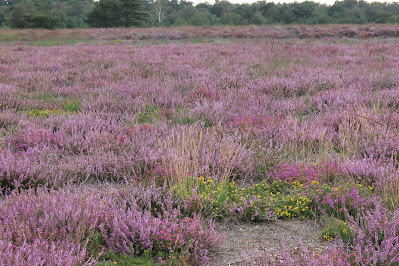 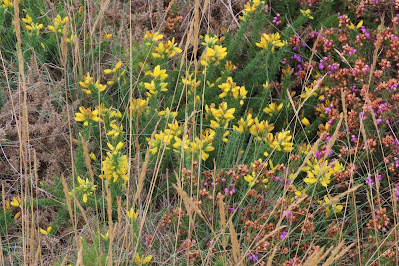 to be something of a scarce plant here but now popping up all over the Heath. 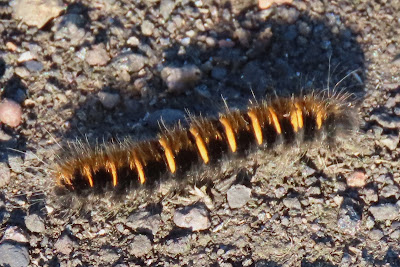 Amongst that we also found another
FOX MOTH LARVA
Things turned a little more macabre in the Solar Panel Compoud as we happened upon
a 'murder' of no fewer than c15, a minor phenomena in itself, 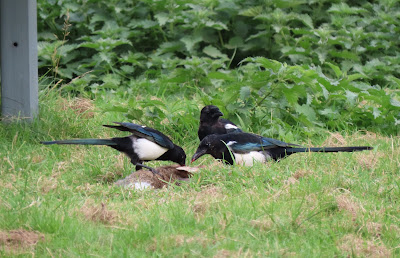 MAGPIE's
all jockying for position around the 5th dead 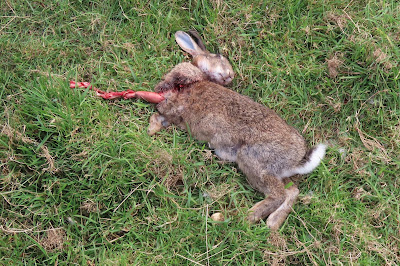 RABBIT
of the week while the once ripe 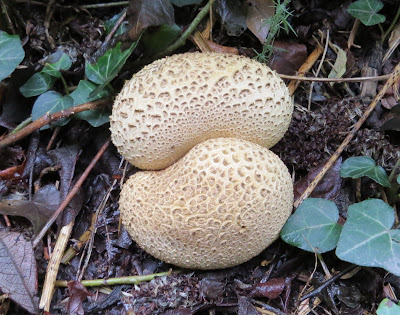 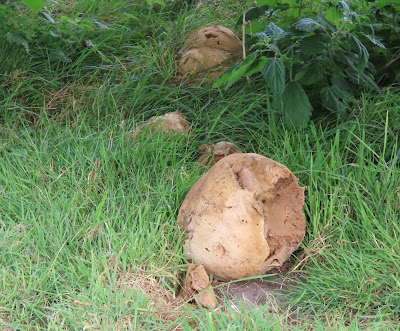 have all but turned to dust
with finally yet more 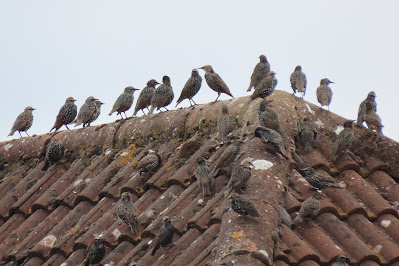 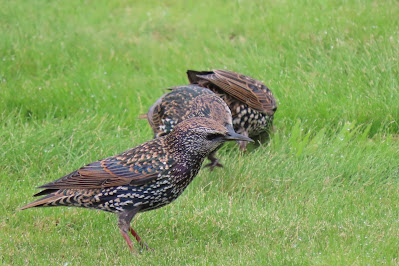 on the Farm House roof and 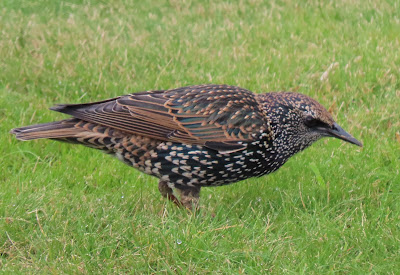