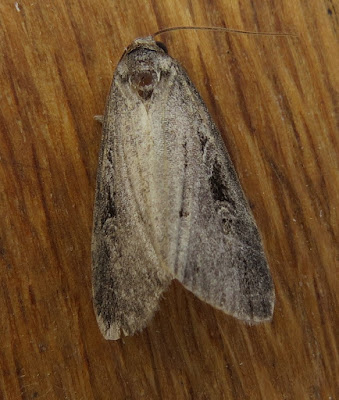 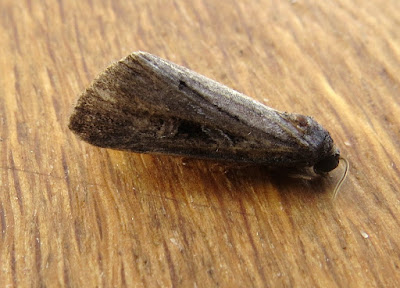 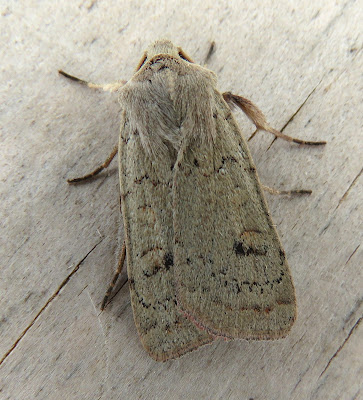 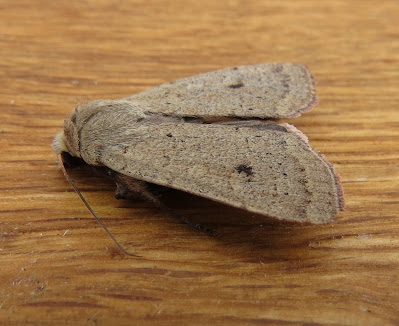 and a 'second generation' 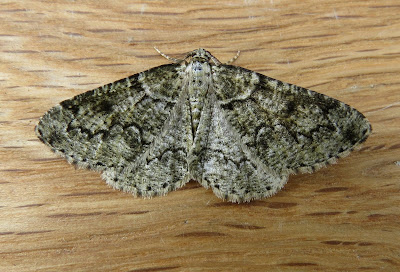 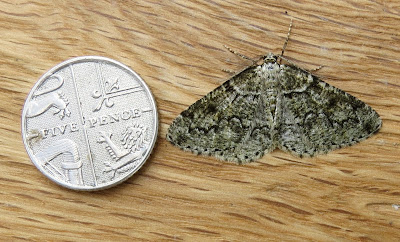 which is by no means as large as the upper image portrays,
all most welcome but none to add to the Year List.
However, the success did continue, but only after a 3 day search, finding the 'vocal' 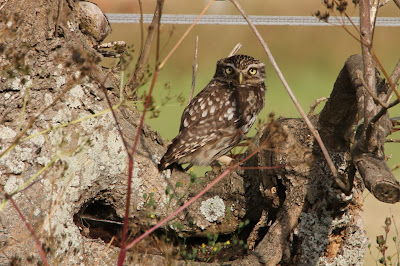 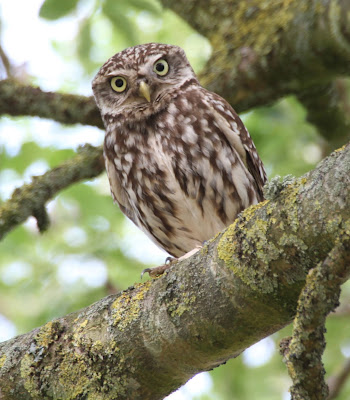 back at the traditional nest site in the cracked
Ash Tree 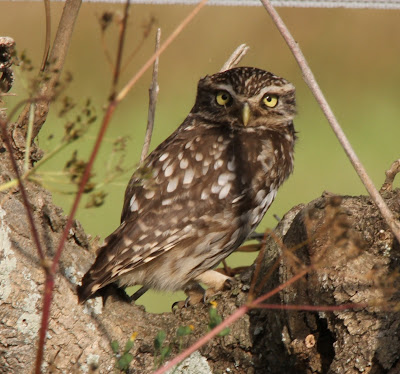 where they were first found 'breeding' 10 years ago, here's hoping for next year!
In the same area was also found a decent growth of 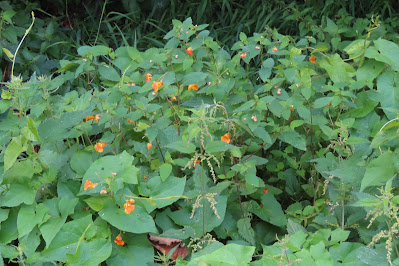 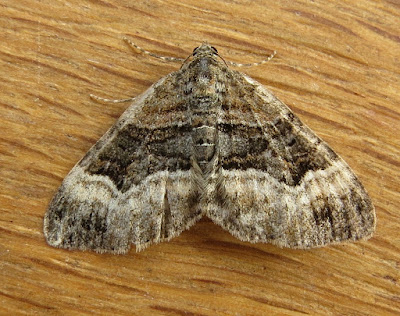 BALSAM CARPET MOTH
of which a number have been caught this year on both the Farm and the Heath.
Heading for the last mentioned a cargo carrier 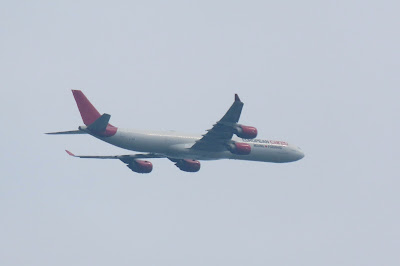 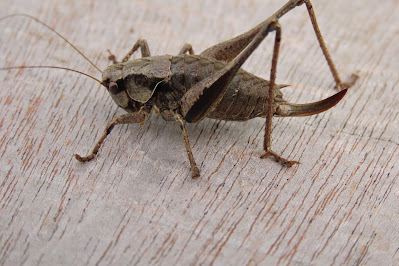 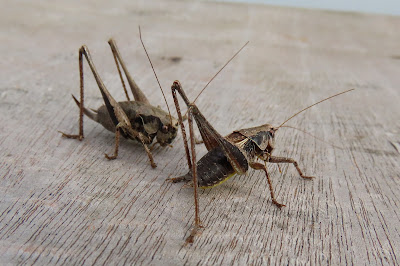 DARK BUSH CRICKETs
the inundation being provided by 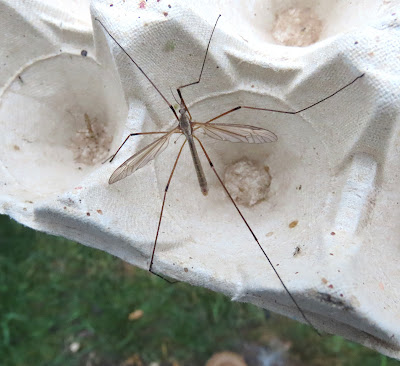 CRANEFIES or DADDY-LONG-LEGS
and a 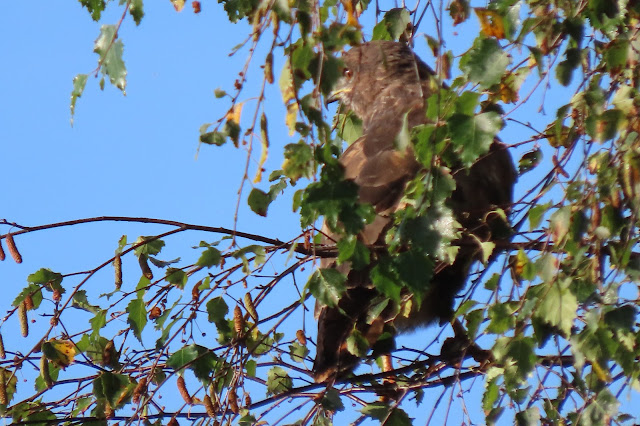 COMMON BUZZARD
in a lofty tree trying to keep out of Canon shot.
With 'fruits' seemingly at a premium this Autumn 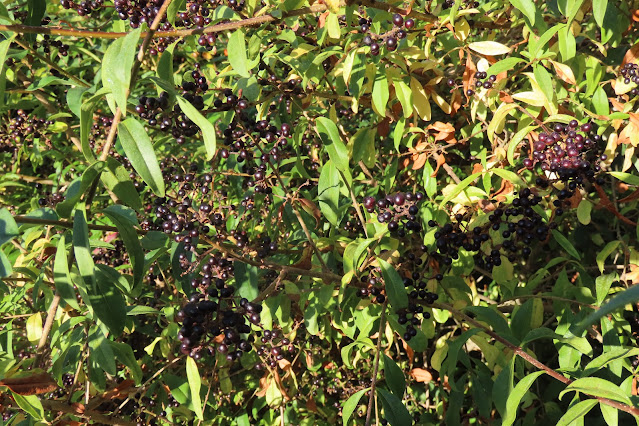 it was against the trend to see the 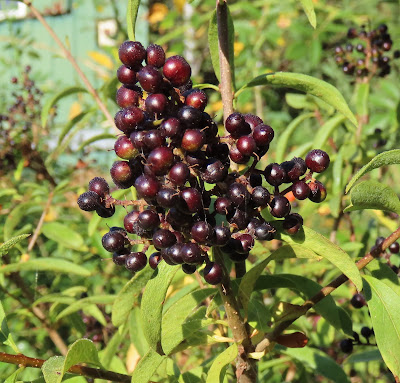 PRIVET
bowing under the weight of fruit before heading off to hopefully find something aquatic.
Not ever the Little Grebes at the Gravel Pit but beyond at the Irrigation Pond a 'pair' of 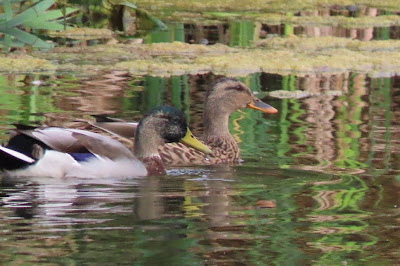 MALLARD
(there have only been singletons thus far) a loan female 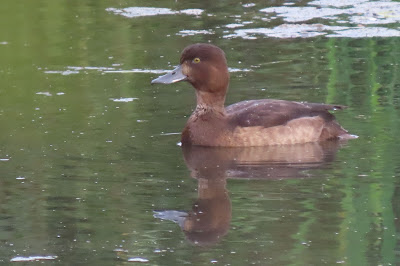 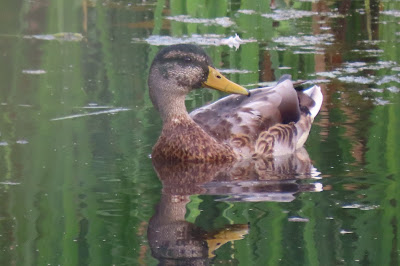 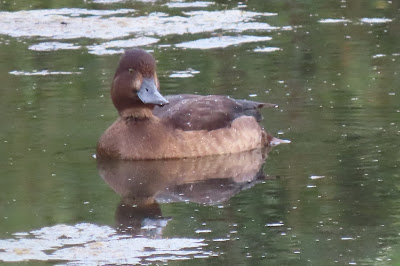 and a second glimps at the
TUFTY.
Posted by Bagsy at 06:18