The Charm of Sharm - Part III 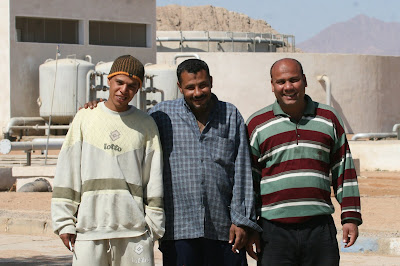 Apprentice Tarak and again mentors Assam and Mohamed.
After what had become the warm and welcoming ritual coffee the search began in earnest with 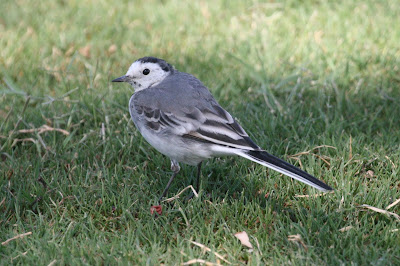 and
ISABELLINE WHEATEAR
taking no time at all in making their presence felt, with a 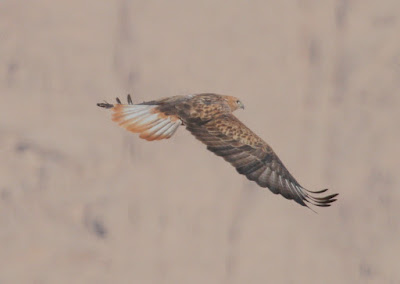 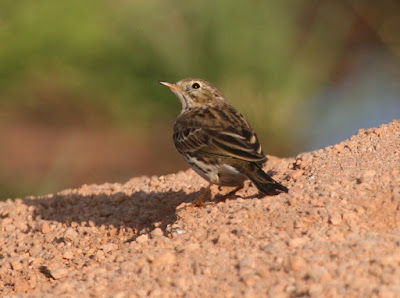 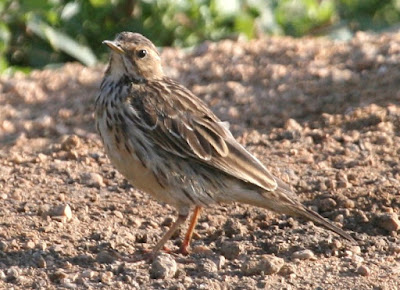 was familiar from previous jaunts to neighbouring countries. 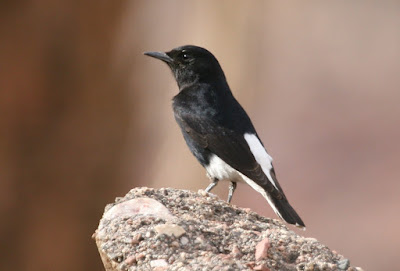 Our final encounter at this haven for birdlife was a male 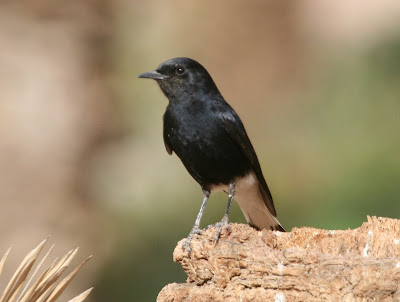 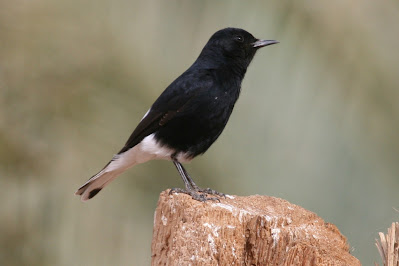 which might have made a welcome finale to these visits to the
Sewerage Works had not the taxi driver been late. 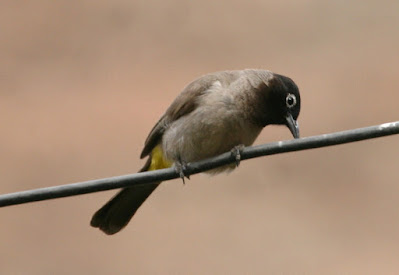 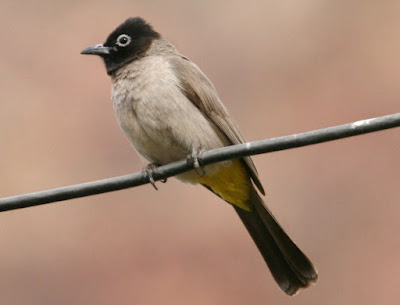 YELLOW-VENTED BULBUL
was an unexpected addition to say the least, but there was more to be done before the trip was over.
Droping me at the seashore once again there was but one target bird but others which would be welcome on the Trip List, such as 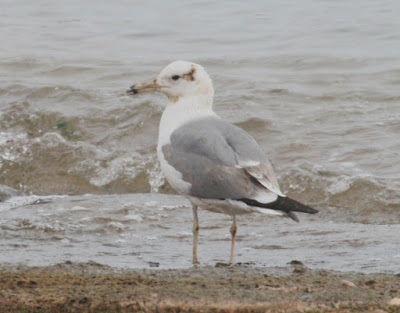 PALLAS'S GULL
an adult in winter plumage.
The 'target', enticed by a slice or 2 of bread, soon showed up a dozen strong 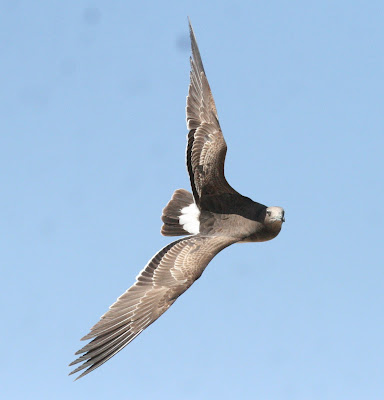 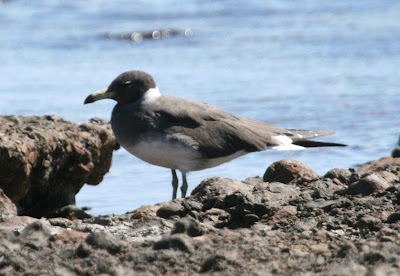 which reduced the World Gull List by one, but having spent a full year in the Persian Gulf and Indian Ocean this spieces must have been, unknowingly, seen before but not a 'birder' then!
The final moments of this fulfilling journey still remains something of a conundrum as we have always considered this Gull to be the sub-species of Herring Gull known as 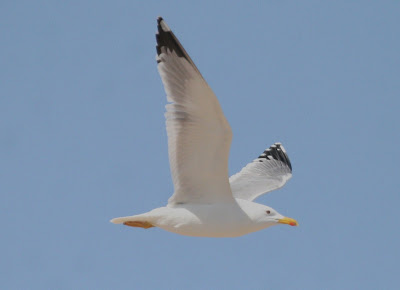 STEPPE (Barabensis) GULL
so if the Hully Gully Man himself, who is Kieth Prichard, happens to read this his oppinion would be readily welcome via the 'comments box', it has been a long wait! 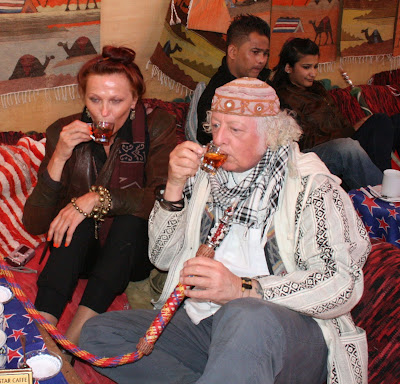 For myself at least, no better way to end this saga than with Ille,
we may return to her in days to come?
Posted by Bagsy at 05:51