Insects Keep Up The Interest

It hasn't been what could be described as a productive day, but compared to yesterday the weather conditions were far better. The sun already shining at 06-30 and with barely a rain cloud in sight the only 'fly in the ointment' was a near gale force wind. Along the Rodwell Trail things were as baron bird-wise, but there were a few insects on the wing, while at Ferry Bridge at least I managed to get onto the foreshore today. There, about 100 Waders were feeding while a small cluster of Gulls, always raising the chance of an oddity, made for an interesting scan. Unfortunately, I had already missed what might have been the best of the bunch as Peter Saunders informed me of a juvenile Yellow-legged Gull which had flown off just moments before my arrival. 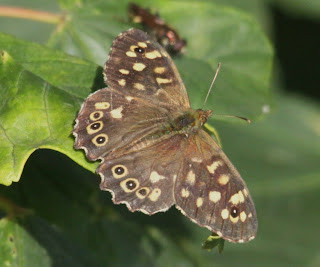 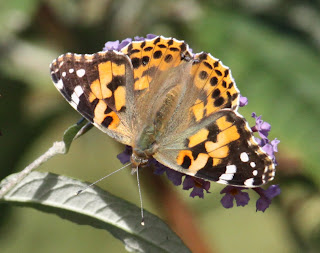 Painted Lady (scarce so far this year) were seen on the Trail, as were the usual flock of 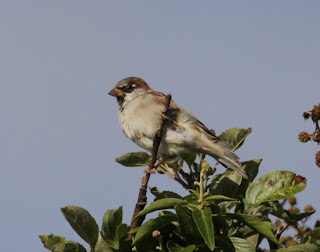 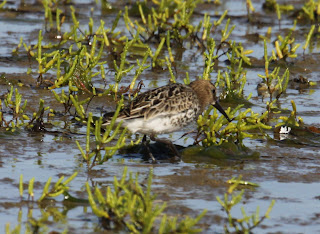 Dunlin feeding among the Samphire, plus c7 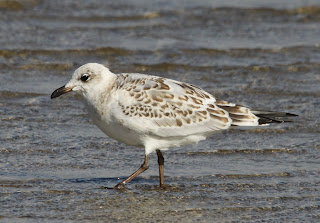 Mediterranean Gulls including this 1 of 3 juveniles with c4 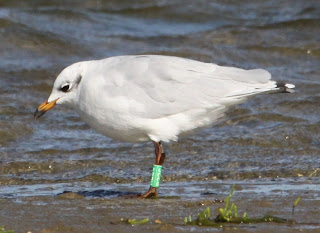 'first summer' birds, this one bearing a ring. There were also more 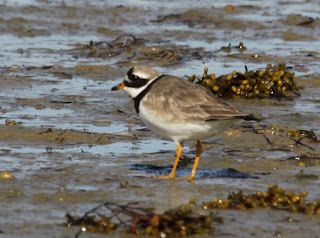 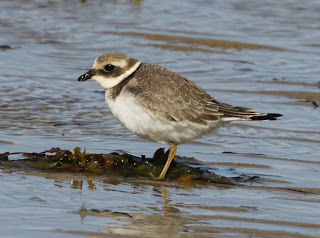 juveniles. I found out later in the day, from Hugo Wood-Homer, that a Sanderling had also been there. There were also a few 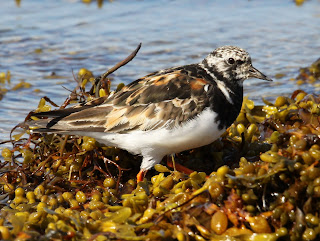 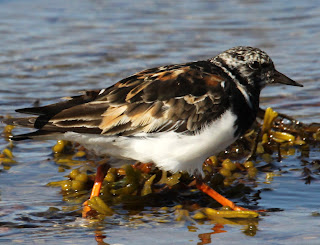 most still retaining at least some of their 'summer plumage'.

A walk from Southwell along the east cliff turned up nothing, but stopping for a coffee and a catch up chat found there had been a few things seen this morning. Again it was left mainly to the 'insects' to provide the interest finding a few 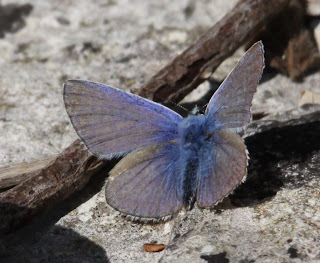 Common Blue butterflies plus this single 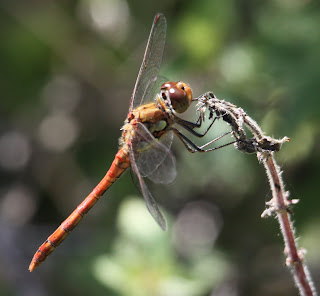 Common Darter dragonfly. On the way back I did eventually see one migrant bird but this lone 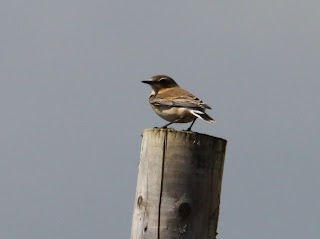 Wheatear was all except for a juvenile Peregrine patrolling the Top Fields in search of a meal.

A weather system close to shore but still in the Atlantic as I write, looks like it will bring gale force winds and heavy rain to Dorset tomorrow, so with high (spring) tide being just after 8 'o clock on the morning looks like Ferry Bridge will once again be worth a try?

As well as Pete Saunders, who is always willing to give me a few pointers on taking better photographs, I also bumped into Colin Robertson a fellow 'twitcher' in days gone by and Roger Quiggley now Skipper of the Fleet Observer glass-bottomed boat. Roger and I worked together or several years on the old Trials Vessel 'Whimbrel', he as a Senior Scientific Officer and me in every position from Able Seaman to Captain. Great to see you both again!
Posted by Bagsy at 17:31