The Jury's Still Out

Did someone say August? This morning, under the protection of 3 layers and a scarf, it seemed more like late October but with the rain gone and still some cloud cover to keep the glare at bay it was just about ideal. Heading for the cemetery, the wind appeared directionless at least in the heart of the conurbation, but further down the road it was felt to be in the north, with maybe a little east in it. Over the past few days it must have visited every point on the compass? 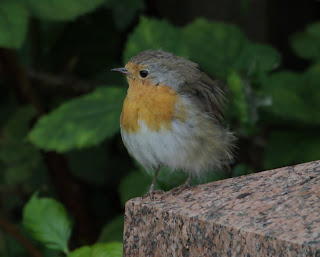 This ragged Robin was my first encounter, but failed to notice immediately the Garden Warbler sat on the Bramble just behind it. When it did manifest itself it was flying to the top of the bush not allowing time to even raise the camera. Perhaps needless to say that was the last that was seen of it, but on the 'plus' side it was a first record for me at this my 'local patch'. 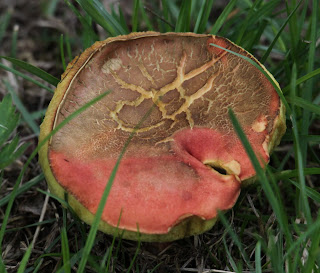 Having announced only the day before yesterday that fungi was scarce in the cemetery today there were 3 of these that I can only presume are Toadstools. The Field Guide is in my hand but apart from there being hundreds of of varieties, they all look the same!

Arriving at Ferry Bridge it was confirmed that the wind was in the northern quarter, and what looked like the same bunch of Gulls were again roosting on the grassy area. On the sea wall was a lone Turnstone (thought you'd be fed up of photies of these by now) and this 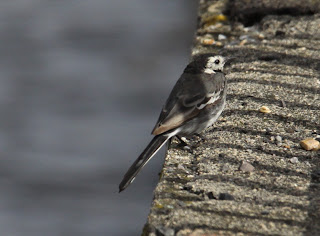 Pied Wagtail. Having rattled off just 2 quick shots c2 Wheatear in company with a Swallow flew across the bay giving some hope of a movement of migrants, and the Gull /Terns were similar to yesterday except the c3 Sandwich Terns had increased to c5 with a Common Tern close by as well. 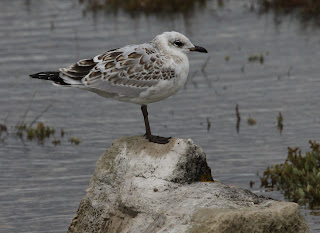 As with Turnstone, the readership may well have had enough of Mediterranean Gull also, but this juvenile perched on this lump of Portland stone was just too much to resist. Not only is this my favourite plumage phase of this stunning Gull the picture is also esthetically pleasing don't you think? 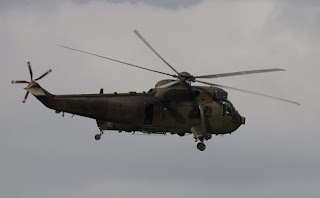 All of that was fine until the Royal Navy arrived in their Parafin Pigeon, well not quite the RN, they are in fact the Fleet Air Arm (or Waffoo's to me and you) a bunch of brave boys and girls who can't quite decide whether they want to be at sea or in the air, and while a decrepit ex-Submariner and they would never agree, it's Best Wishes to them all.

Having flushed everything in sight and undertaken a mid-air waving manoeuvre, obviously mistaking my gesticulations for some kind of greeting, I got to talking to fellow 'birder' Nick Stantiford who was one of the very few who went 'public' during the tussle with the RSPB. Nothing to report on the bird front, but apart from saying he is an ardent reader of this humble journal he has also invited me for a day off the Bill in his boat. Good on ya Nick, and great to see you again today! I waited until he had gone, then allowed this 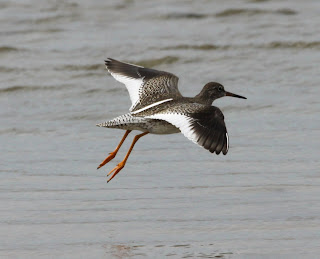 Redshank to fly in 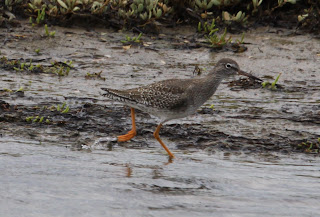 then spent the next 30 minutes or so 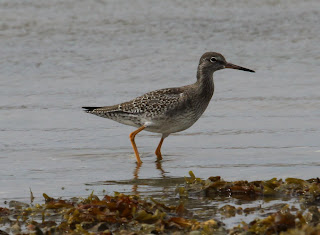 quietly stalking it to get these shots. In so doing a look across the now expossed vegetation to see 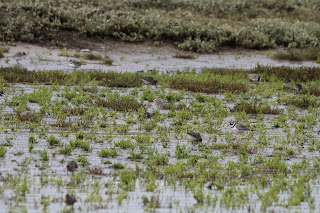 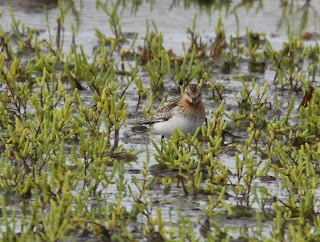 On size alone, compared with the accompanying Dunlin, it was sure to be a Stint? 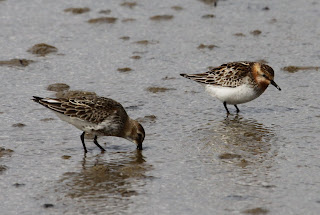 Little Stint was always most likely, but the few I have seen have never been this rufous, so the 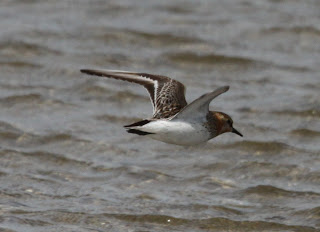 doubt bells started to ring. That's when it took to the wing and headed off down the Fleet. 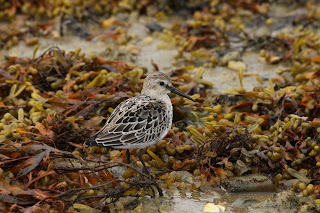 In the meantime this Dunlin was so obliging I couldn't resist it, but soon the bird in question 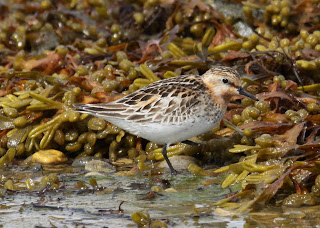 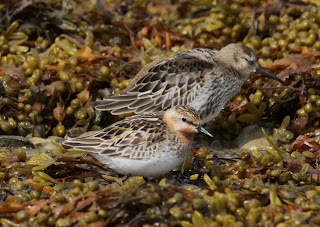 even some with Dunlin 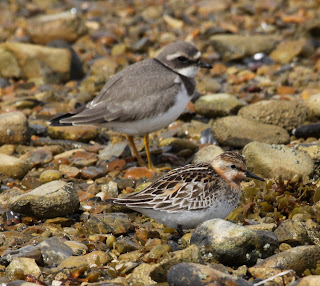 and Ringed Plover for comparison. Red-necked Stint was now being considered, but only ever having seen one in my life and knowing little about identifying such a bird I was perplexed. 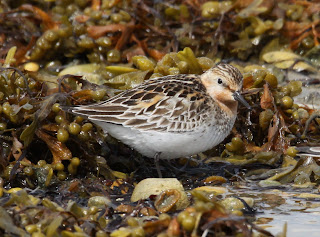 Having contacted the usual circle of 'birders' by text announcing Little Stint I returned home not really sure what I had seen, and to refer to the Field Guide. The next move was to send the report and photographs to the PBO hopefully for inclusion on todays website (http://www.portlandbirdobs.org.uk/) which is well worth a look. By now it was looking good, in my humble opinion, for Red-necked. 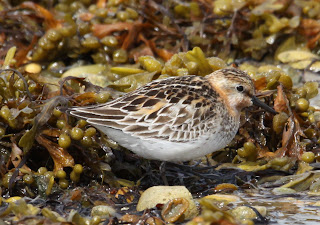 Later this afternoon I had a call to say that on the photographic evidence there was a suspicion that it could indeed be a Red-necked Stint and several birders headed to Ferry Bridge in the hope of relocating it. By nightfall there had been no news, so I can only assume nothing has been seen of it but I'll await a final judgement from those more learned than I!
Please pass this 'link' to your family and friends
Posted by Bagsy at 20:44