New Toys For The Boys

There was only one thing on my mind today, and that was getting out and playing with my new toys, but before pressing any buttons it was a visit to the Portland Bird Observatory. There I undertook a Mini Master Class with Duncan Walbridge, who has the same set up as me, and Martin Cade the Warden. A few shots around the Obs garden, it was then a walk to the Bill to see what I could capture on my own.

While there was plenty of variable subject matter, the images were a little disappointing, but it's early days - judge for yourselves! 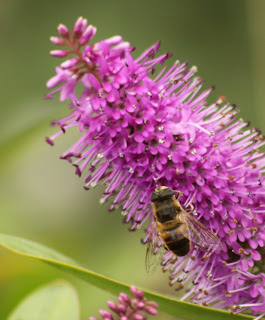 A Bee on Hebe in the Obs garden, 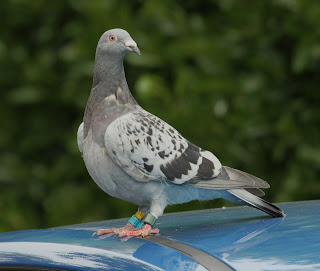 and at the same location one of 2 'racing pigeons' that seem to have taken up residence there. 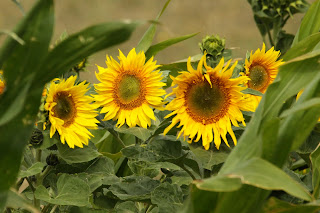 The Sunflowers are now out in the adjacent fields, making for a splash of colour, 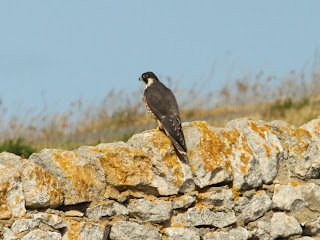 while c2 Peregrines were kicking up hell of a noise 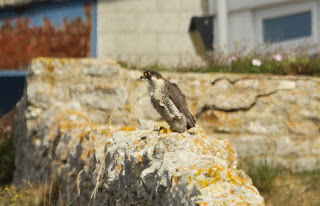 both perched on the wall of Lloyd's cottage 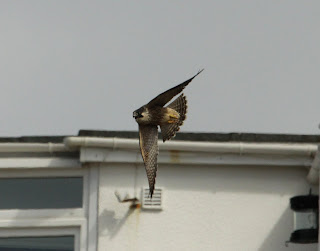 and performing some aerobatics. 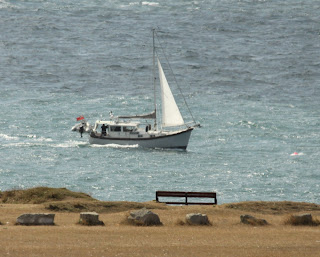 Plenty of small vessels to view and this Great Black-backed Gull plus a 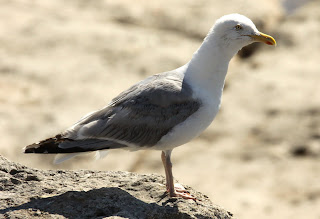 Herring Gull seemed to be doing just that. 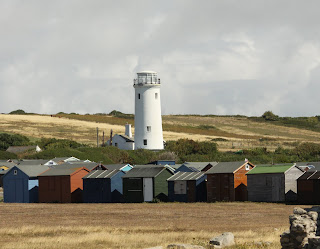 The Observatory from the south west as 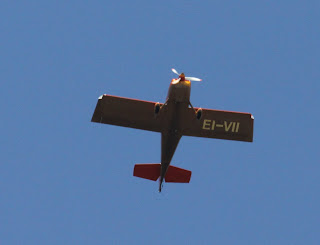 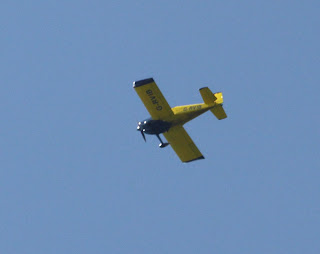 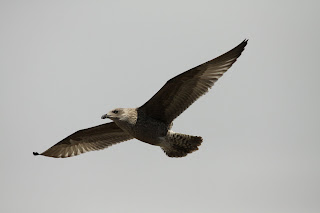 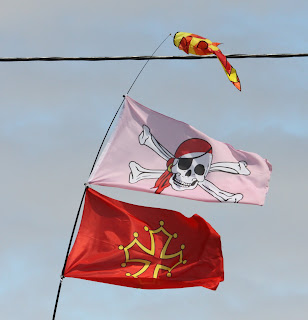 while, as usual, there were bright flags flying at Barry Sellen's beach hut 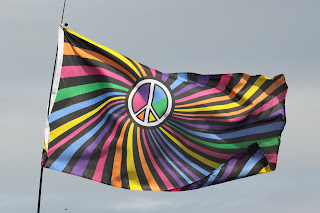 and that of his hut neighbour. 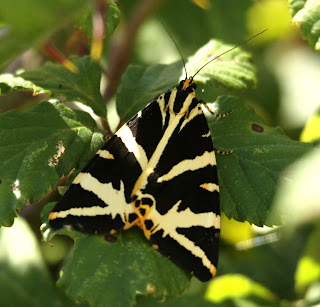 Finally, back in the Obs garden a beautiful Jersey Tiger Moth put in a brief appearance (pity they don't perch with wings open to show that shock of crimson hind wing) and a strikingly beautiful 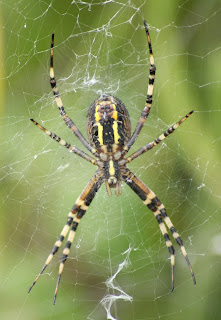 Wasp Spider was unfortunately only showing its underside.

I like the feel of the new camera and lens and can only hope it brings as much pleasure the previous one did.
Posted by Bagsy at 16:36