It has to have been a full 2 years since I've done anything in my garden at home, but to be fair it is a 'concrete jungle' (so maintenance free) front and back. However, as my mate did a major refurbishment to the front while I was away last time I thought it about time to cross the T's and dot the I's. Having bought some decorative slate chippings a couple of days ago, today was designated to get them laid. Good plan right up until I had emptied the first bag and then the phone announced the good possibility of a Semipalmated Sandpiper at Lodmoor. With a car at my disposal at the moment, I needed no second bidding and was looking at it within 15 minutes. An infrequent Trans Atlantic visitor to our shores this is not an easy species to identify, given it is just one of a large family of 'small' Sandpipers.
On my journeys throughout the Americas I have often asked local birders to identify one or other of these small Waders, that are collectively referred to as 'Peeps' across The Pond, for me having each time received the same reply "we don't do Peeps". Very difficult even there, there is one small advantage here that something about the overall appearance my seem strange to the trained eye and worth further investigation. That was the case with today's bird, initially found by Daragh Croxson and thought to be (most likely) a Little Stint, but he was not content to leave it at that. Calling in reinforcements by way of Dave Chown, between them they decided it was highly likely to be a Semi P but there was still some detail not yet seen. Even before leaving the site Dave, Dick Morris and I all thought we had seen the 'palmations' (looking like a partially 'webbed' foot) between the toes, but this too is very difficult. Later, a number of people, including Graham Walbridge and Brett Spencer confirmed our suspicions and declared it a Semipalmated Sandpiper.

Unfortunately, the bird was always at distance not allowing a photograph, but for those who are interested (or may get interested) I have highlighted, in pictures, the obvious pitfalls when trying to identify 'Peeps'. All photographs are from my archives. 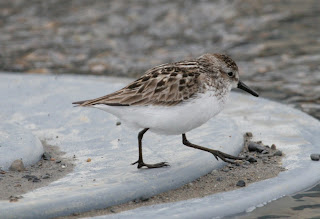 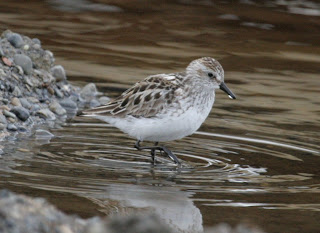 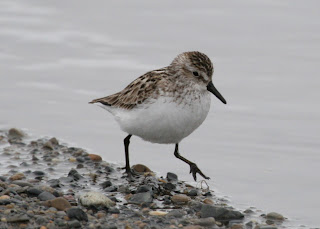 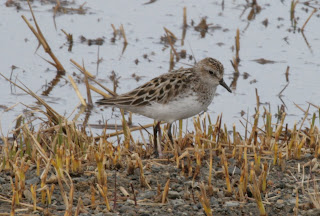 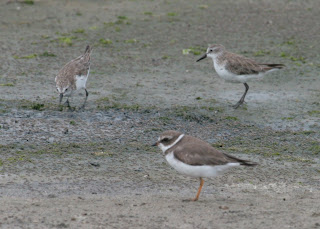 Compare the plumages of these 2 Dunlin 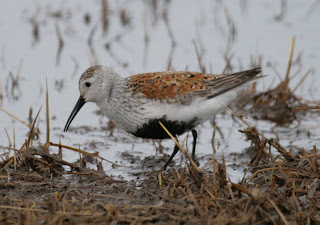 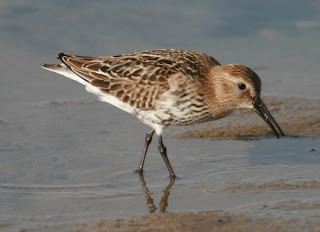 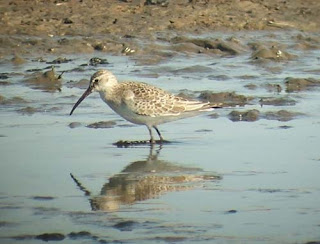 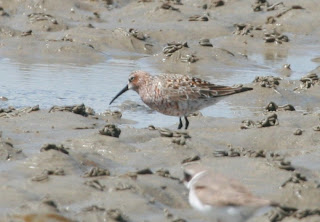 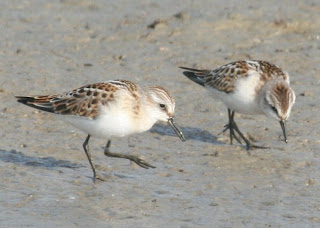 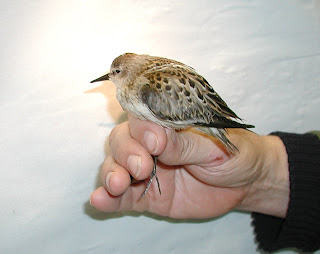 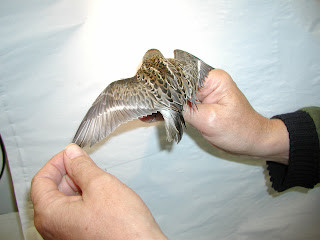 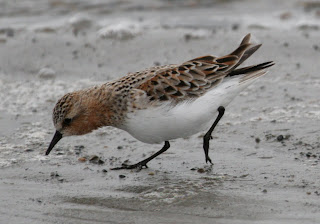 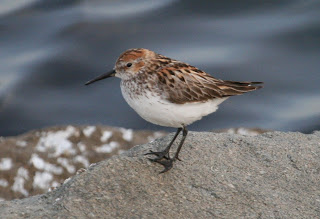 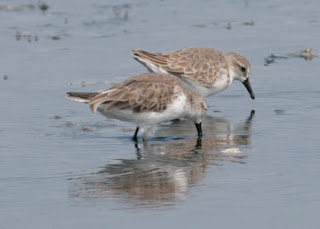 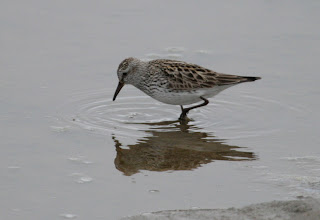 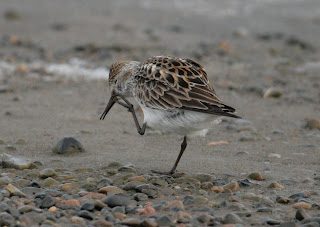 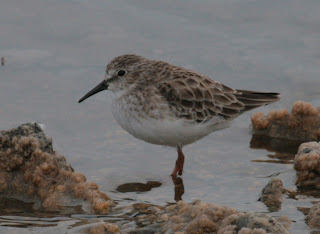 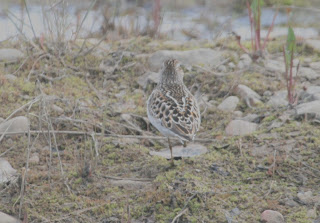 A big WELCOME to the 4 readers from LATVIA who makes up 83 countries now reading this Blog - Please send the Link to your friends. Yours Bagsy
Posted by Bagsy at 16:01