Today, the wind had 'backed' into the south making for a much warmer airstream but the chance of rain seemed far more likely. The cemetery was by and large the same as in recent days with most species vocal, while along the Rodwell Trail all of note was a single Whitethroat. 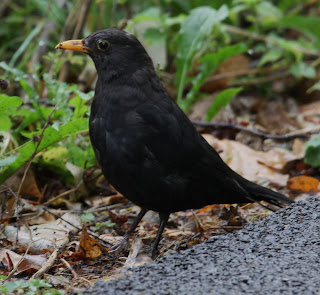 This male Blackbird however was so close, engrossed in leaf flipping, that a shot was all too tempting. From that point the whole of Portland Harbour opens up to view, with the only new arrival being 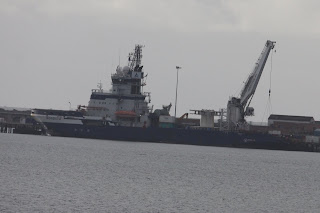 the Finnish registered Ocean Tug / Supply Vessel Nordica, recently involved with the Wave Power Hub in and around the Hayle Estuary, Cornwall. I did see her in Lyme Bay yesterday, but only able to view her from Wyke Regis and over the top of the Chesil Beach a photograph was not possible. However, what I did notice was her 'tow deck' stowed with all manner of large navigation buoys such asIsolated Danger & Special Marks plus Cardinal (directional) Buoys. My assumption was that she had been chartered by Trinity House the General Lighthouse Authority for England, Wales, The Channel Islands and Gibraltar who are responsible for a range of aids to navigation, to augment their own fleet in changing out these buoys. This morning she was secured alongside the Outer Coaling Pier in Portland Dockyard, seemingly mobbing orde-mobbing with her huge crane in action. Now that's what you call a Tug!

The tides are once again entering their 'springs' phase, with the New Moon occurring this Saturday, which I always consider a fine time to be on the foreshore one hour after 'high water' to watch the ebb for feeding Waders. Today there was the reward of the Bar-tailedGodwit once again, plus a 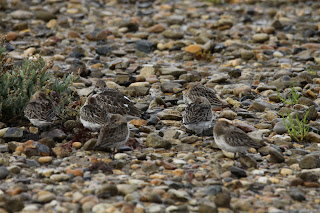 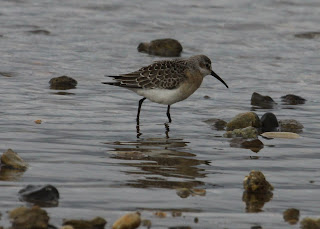 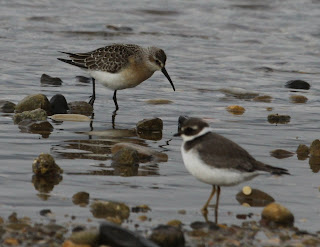 which could well be the one that has also been around for a few days?

Having initially and inadvertently labelled yesterday's Mandarins as Harlequins, I would attempt to redress the balance by publishing this today. 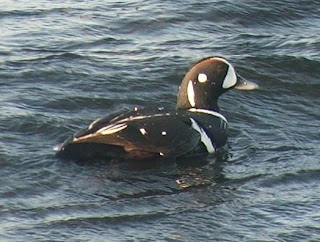 A male Harlequin Duck photographed a few years ago off the sea wall at Wakkanai, the most northerly city in Japan, and for accompaniment these shots of 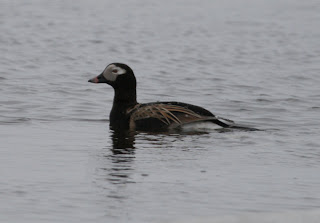 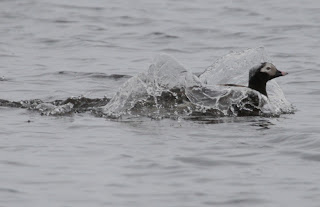 in the Arctic Ocean off the coast of Barrow, Alaska 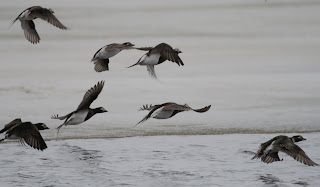 a claimant as the most northerly town in the world.
Posted by Bagsy at 19:04