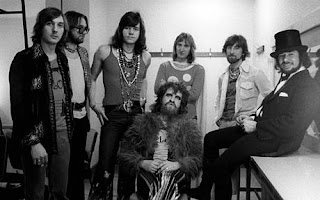 Unusually, we have to start with bad news as we learn of the death of Mike Edwards, founder members and eccentric Cellist of the Electric Light Orchestra. In a freak accident when a 50 stone hay bale rolled onto his van in Devon, Mike died instantly he was 62. He is pictured here (right) with the original ELO line up including Mick Kaminski, Kelly Groucutt, Bev Beven, Jeff Lynn, Richard Tandy and Hugh McDowell.
To describe the day as 'quiet' would be a huge understatement! With the wind remaining easterly, sky overcast and more than a good chance of rain there had to be the prospect of at least a scarce migrant, and indeed there was. Up to and including Ferry Bridge there was nothing in addition to what has been reported over the past few days, so for a while I resorted to ship watching. 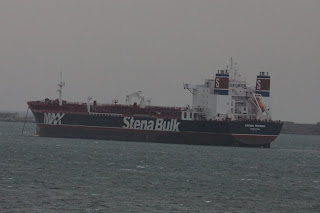 The 'bulk carrier' Stena Perros lay at anchor in Portland Harbour which was of great interest to me having work for Stena Line for 5 years. On the fore-shore Waders predominated but the best of these was the 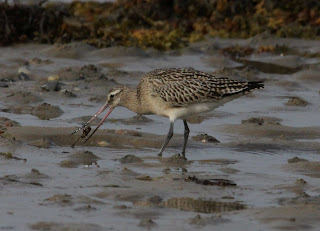 Bar-tailed Godwit which has been there for a few days now.

Venturing on to the Bill early news (for me anyway) was the presence of a Wryneck (a small mottled brown Woodpecker) in the Observatory quarry. A half hour wait for it to show itself was enough, but then lightning struck for a second time as news of another (or maybe the same one?) came from Barleycrates Lane. A similar amount of time was spent there without success so I headed back to Weymouth where I had arranged to have a lunch time pint with a few friends, that being the highlight of my day.

Just to keep the interest stimulated here are a few photographs of Ducks from the archive - enjoy! 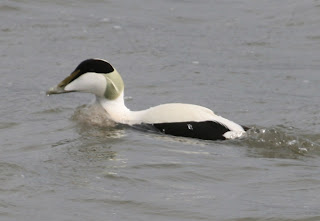 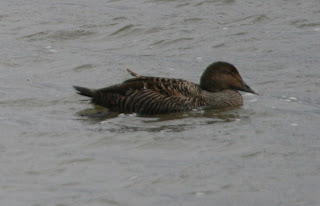 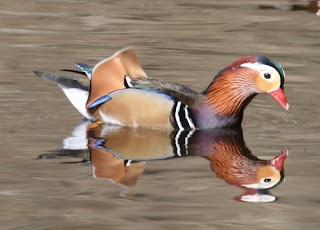 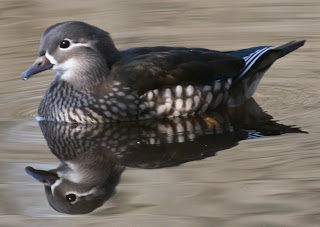 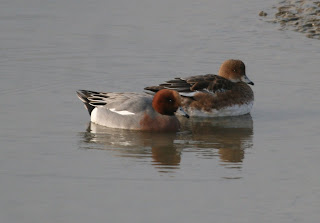 and a pair of Wigeon (male fore-ground)
Posted by Bagsy at 20:04