Another Good Day At The Office 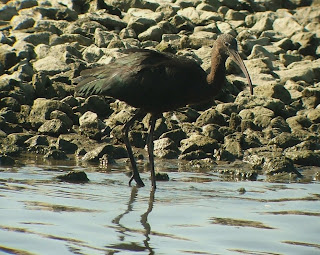 Under a more or less blue sky and sunny conditions, the plan today was to skip the cemetery and head straight for the 'turn of the tide' at Ferry Bridge. On the way to the Rodwell Trail there seemed to be an inordinate number of Wood Pigeons which my herald the onset of the huge migrations of this species we have witnessed in recent years. There had obviously been a 'fall' of migrants in the night as the trees and bushes along the trail had more than the usual number of Chiffchaff and Willow Warbler, but apart from these the only other sighting of note was a pair of Mallard flying across Portland Harbour. Almost reaching my goal at the southern end of the pathway, there was a phone call from Daragh who had just discovered a Glossy Ibis on Lodmoor which spurred a snap decision to go for a diversion. There have been a number of records in Dorset but this is by no means even an annual bird, the last I saw in the county was the one posted above.

Rarely, if ever, do I berate the local bus service as it serves me so well and, after 09-30 on a week day (no restrictions at week-ends), is free. However, this morning I have to admit to getting an immediate 'twitch' at the prospect of the Ibis and even though I was adjacent to the bus stop it was a full 25 minutes before one arrived. Reaching Weymouth, there was then a short walk of about quarter of a mile and another 20 minute wait for the ongoing bus. All of this is a walk I do on almost a daily basis, but it takes on a whole different aspect when there is a good bird in the frame. On arrival, the news from the local birders in attendance was not good and the upshot was that it had flown away. I did consider returning immediately to FB but having heard of several Waders on the reserve decided to suss them out. 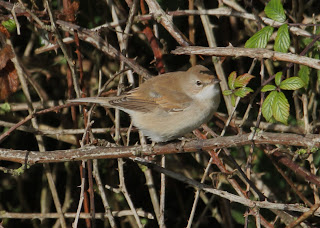 Whitethroat which was most obliging, and as it lingered c2 Bearded Tits flew across my line of sight landing in the reeds close by. Staying on this theme, one of several 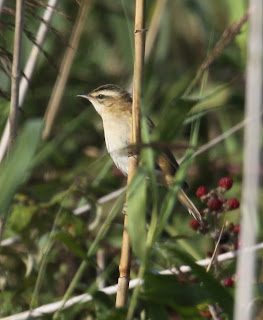 Sedge Warblers was next and although I did also get a shot of a Reed Warbler it was no good for publication. Beachdown Way, a footpath, intersects the moor and at its south western root is a pile of spoil locally referred to as 'The Hump'. Here, in the margins, were quiet a good number of Waders with Dunlin being most numerous and in company with c4 Greenshank, 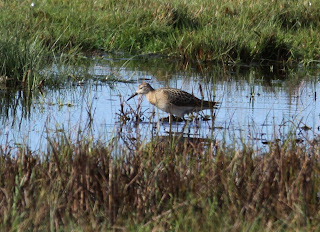 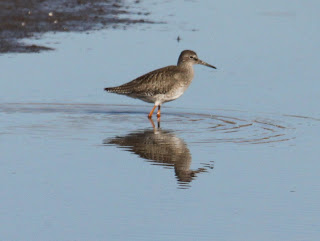 a single Spotted Redshank, which 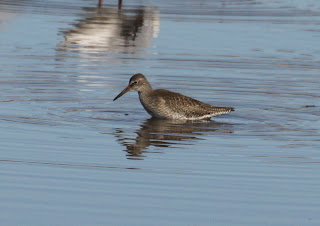 unlike their close relative the Common Redshank seem to favour deeper water to feed in. There was also a single Curlew Sandpiper, c5 Common Sandpipers, about a dozen Lapwing and probably as many as 8 Ringed Plover. Unfortunately, all of the latter were at some distance and with just binoculars as a visual aid I was unable to decide if any were Little Ringed Plover. Turning to leave, the sky was suddenly filled with many Sand Martin, while there was a real bonus in the shape of a 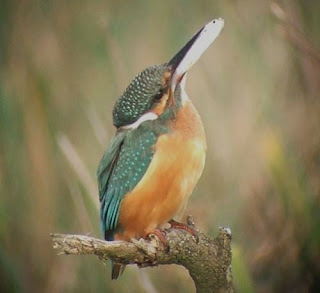 Kingfisher, the first I have seen in Dorset this year. Add to that c7 Sandwich Terns, a single Common Buzzard plus 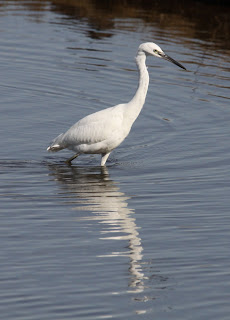 c9 Little Egrets it could already be called a decent days birding!

I did return to FB where there was little more than a last hour of the ebb, but worth the journey nonetheless. 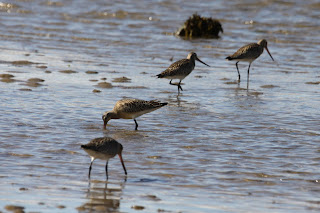 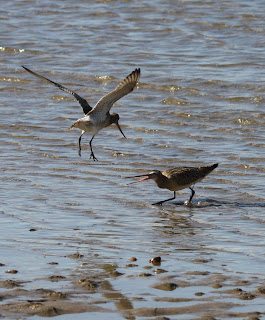 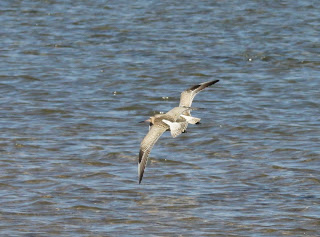 aerial displays. There were of course the usual contenders with 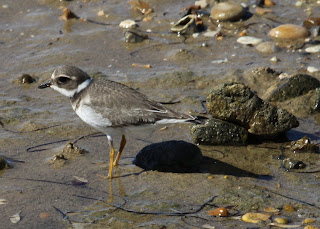 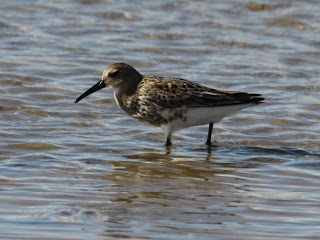 Dunlin by about two to one, along with 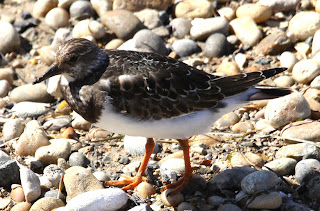 c25 Turnstone. Finally, just as I was about to leave another small flock of Dunlin arrived, with a much whiter Wader among them. 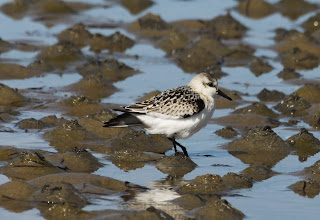 A Sanderling, fed for about 20 minutes 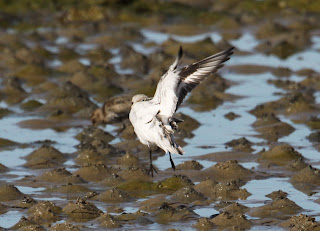 during which time it was a bit flighty and elusive 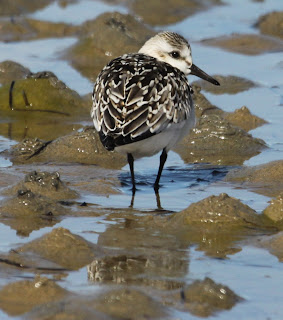 but then settled to 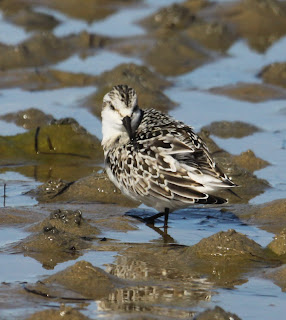 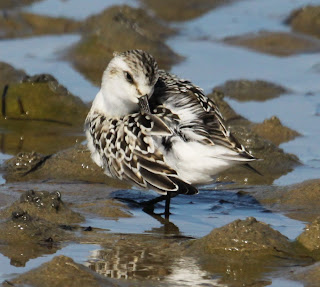 preen. With the arrival of an Oystercatcher, that took the Wader tally to 12 for the day.

The last 'bird' of the day took a much larger form than those seen previously, 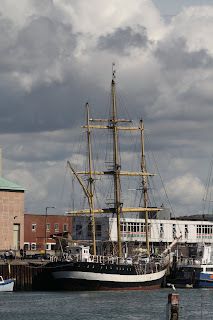 The 'Pelican of London' is a regular visitor to the port of Weymouth, and complete with her compliment of young 'sail trainers' always makes for a great harbour-side attraction.
Posted by Bagsy at 18:03