The Birds & The Bees (or Flies)

The weather today could only be described as 'strange', and while bright sunshine prevailed as I left home, within minutes there was haze an a chill breeze. That was followed by fine mist rolling in from the east and then back to square one warm and sunny. The cirrus cloud of yesterday was replaced by pockets of cumulus while the wind remained in the eastern quarter. 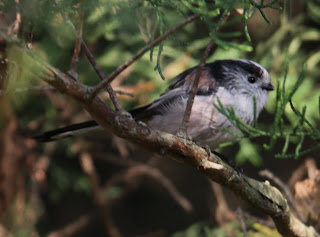 Long-tailed Tits joined a seemingly increased number of Goldcrest and various other Tits. A second addition came by way of 2 or maybe 3, what looked to me like 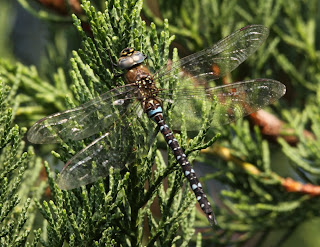 Migrant Hawker Dragonflies but could stand corrected if I'm wrong, esspecially if they are the rare Southern Migrant Hawker. As there was a few things to do in town today, it was a bus to Ferry Bridge where there seemed to be an increase in the number of 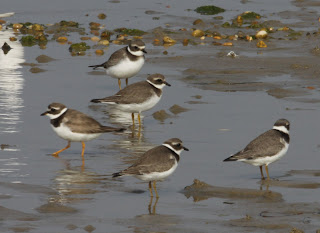 Ringed Plover, while Dunlin were well down, Turntstone were represented by c6, there was a pair of Oystercatchers and this adult 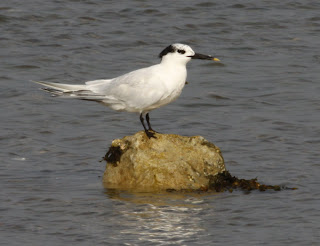 Sandwich Tern that still has a juvenile in tow. There was a small surprise as this 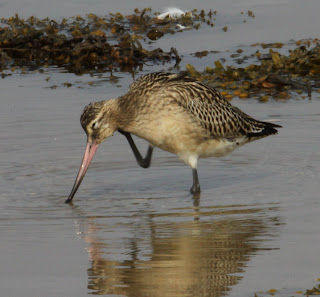 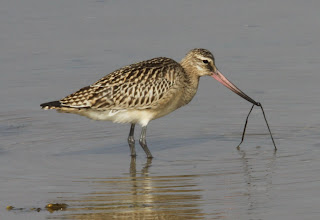 feeding to pay too much attention to me.

Portland remained quiet with the counts of Yellow Wagtail, Wheatear and Swallows about the same as yesterday while the Whimbrel remained at the foot of the cliff. There were c3 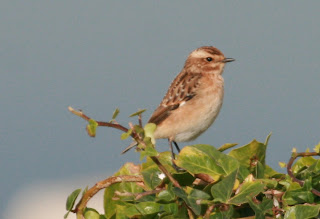 Whinchats at Barleycrates Lane but that was about it.

It was about this time last year when I was put in the picture about the largest European 'Fly' by a 13 year old schoolboy. While the name (latin) now escapes me I do believe 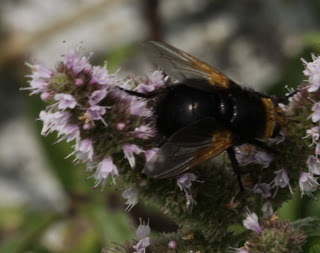