Happy Anniversary (to me) 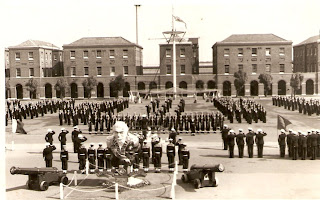 Today is the 49th anniversary of me joining the Royal Navy. At the tender age of 15 years and 50 days and having seen members of this fine service 'performing', on many occasions, in the pubs and on the streets of Weymouth I knew full well I could do that? Joining at HMS St Vincent, Gosport, Hants (above on Sunday Divisions) which was one of 2 'boys training establishments, where it took a full year to knock a boy into shape. 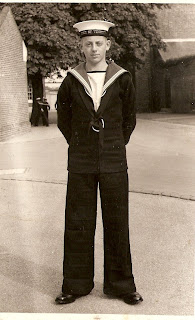 After just 3 of 6 weeks in the New Entries Division this is how each of us looked. 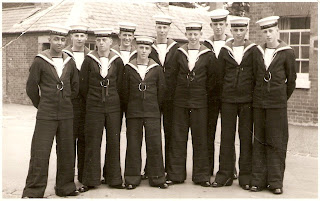 After the full 6 weeks we then went on to Main Course where the real work began. Have you spotted me yet 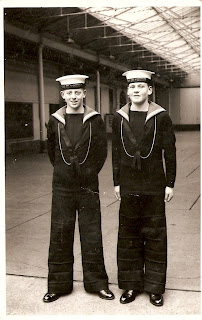 Part of the process was to learn the 'signals' on a Bosun's Call (whistle) and once the standard was achieved the white rope lanyard (seen above) was replaced by a gold chain onto which the 'call' was attached. 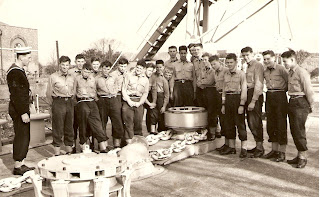 Among a minefield of skills that were required to become an Ordinary Seaman (not eligible until one year at sea had been fulfilled) Anchors & Cables was an important part. Not as easy to spot me here!

It was great looking through these photos again this evening, and there are one or two more which I may well publish tomorrow?
Murky would have to be the word to describe today's weather picture, as starting out at 06-30 the sky was completely covered, mist was rolling down the (River) Wey valley with a general gloom about the atmosphere. The wind had remained in the east, but increased to about 29 knots so given the conditions there had to be a few migrant birds on the move?

They certainly didn't show themselves in the cemetery, things there being much the same as the past few days with this (another) young 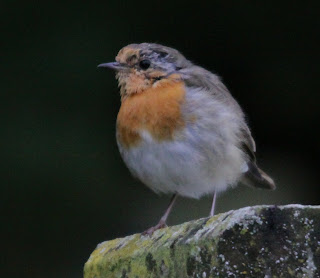 Robin being the only accompaniment to the singing Tits and Goldcrests. Walking via Westham Bridge to catch an early bus to Portland this 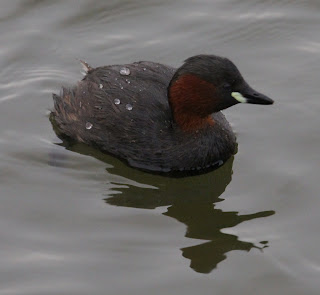 Little Grebe was so close as to warrant a shot, but that was the sum total before I reached the Observatory. Through Barleycrates, the West Cliff, Top Fields and the main road leading to the lighthouse the only migrants to show were Swallows accompanied by a few House Martins. Even there only a Redstart and Lesser Whitethroat had been caught in the mist nets, but on the up side this wind blown 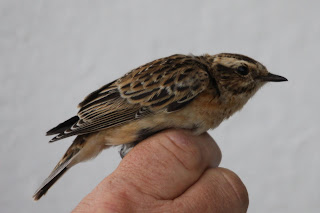 Whinchat, the first I, and a few others, had ever seen 'in the hand'. 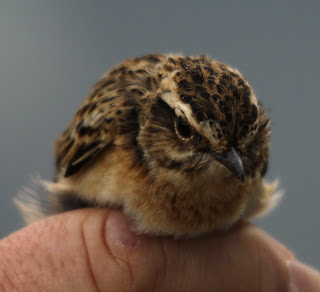