Deep In The Motherlode - Genesis (Then There Were Three)

Luckily, before I left Omaha today there was time for a little more sight-seeing and to try and find the set of bronze statues I had only seen briefly from the taxi yesterday. What a sight to meet the eye! Forget Rodin, forget Degas as this is what some of today's artists are producing and in my humble opinion, a Master Piece! The statues are all 'life size' and so full of minute detail that I felt on the trail with the characters. All of the very long time I spent there the words of Deep In The Motherlode kept repeating on me, and I've been singing it to myself ever since.

Omaha has been a great staging post, with an excellent rest in the Econo-Lodge Motel which also afforded clean warm rooms, excellent facilities and the most polite of staff who are all Nepalese. Not bad for $62 per night. It is rare for me to drink alcohol while I'm undertaking such a journey, but yesterday was an exception as I visited the 306 Bar on Douglas and 20th (just around the corner). A little seedy agreed, but the welcome was typically USA, the Budweiser was just $1.75 a pint along with complimentary home baked ham rolls. OK, a US pint is slightly less than our Imperial but I would take the shortfall if you could get such a pint in Weymouth for £1.16. So while on the subject, petrol is also at a fantastic price compared. A US gallon (0.83 Imp Gal or 3.8 Ltrs) is just$2.65 at the pump, to us that's £1.77 for nearly 4 litres of 'bunkers'. However, don't get sick!
Get out of the way fat man. You got something to do Go fill up your hands till they shine up at you. You gotta get out while there's gold in the air It's falling like water, coming down from the hills. 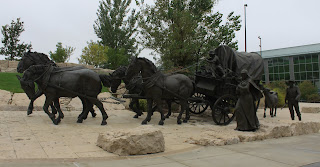 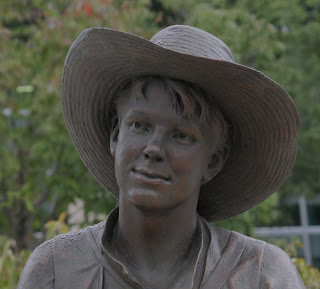 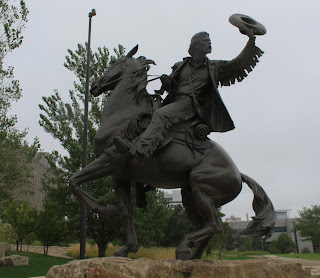 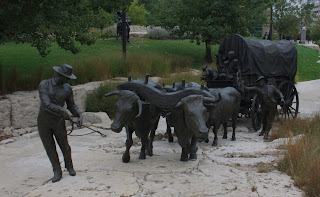 All along the wagons
All along the dusty trail. Seventeen years not over a day Like children in the wild. Your mother's milk still wet on your face And no one to pray for your safe journey home. 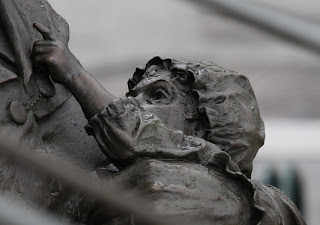 Out beyond the desert Across the mountains by the fall. Servants who leave their masters house Are walking all the way. The golden fields that beckoned you Are darkened by the years. So Go West Young Man 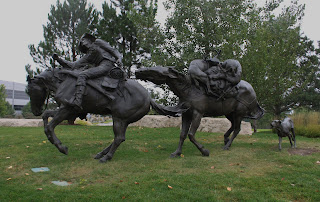 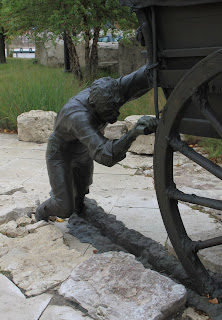 If you knew then what you know today You'd be back where you started a happier man And leave all the glory to those who have remained. 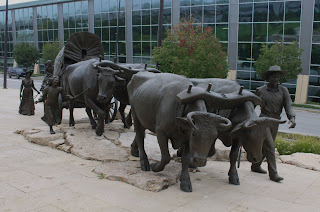 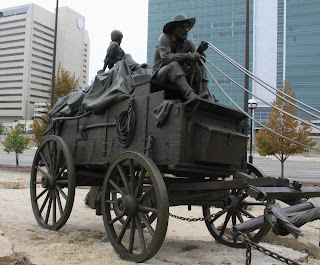 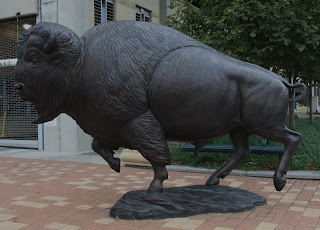 American Buffalo, almost hunted to extinction many to sustain the settlers but many, many more for greed! It is estimated that 'hundreds of thousands' were slaughtered just for their tongues, to slake the palates of those rich East Coasters who considered them a delicacy.
and here are some closer detail shots of this fine work of art & history. 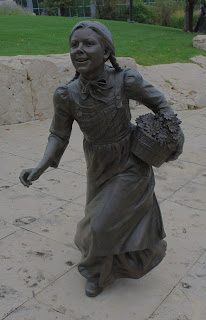 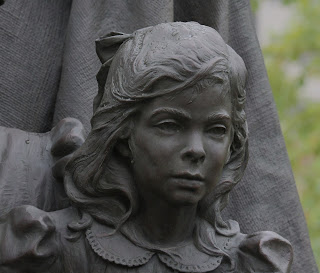 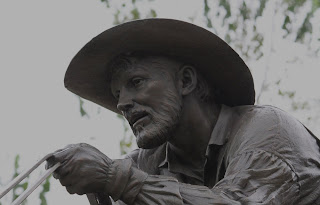 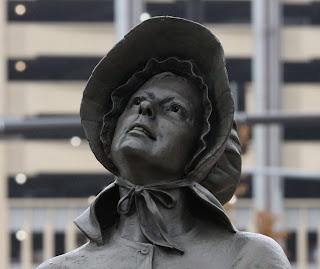 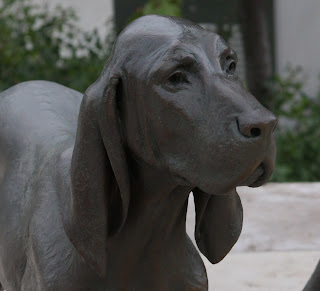 and there were also a few birds, plus a couple of photographs that remained unpublished from yesterday, and then I'll be on my way! 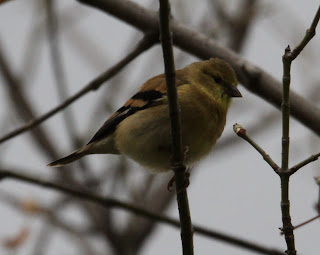 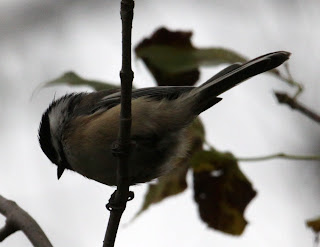 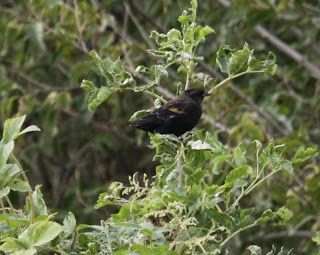 Juvenile Brown-headed Cowbird in moult (minus tail feathers). There were a number of Red-winged Blackbirds in the area at the same time, but feel with the benefit of the Field Guide this is right? 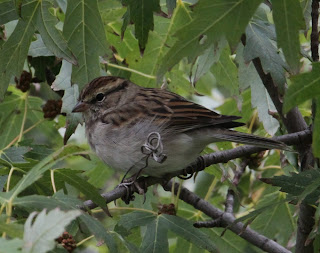 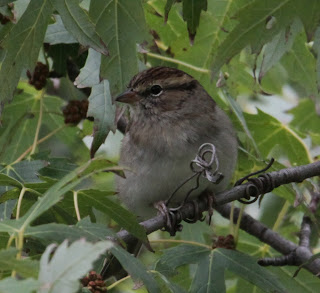 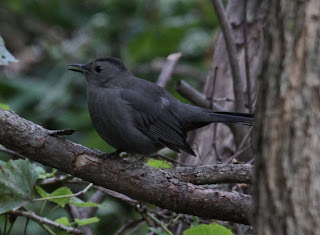 Grey Catbird, the 'call' of this bird is where it gets its name - meow! 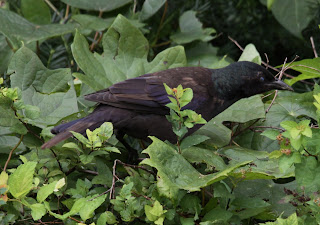 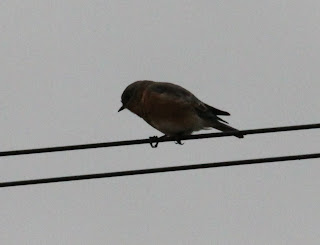 While there were good numbers of Eastern Bluebird on the reserve, this is about as close as they would allow. Interestingly, as a group flew off they looked every bit like a flock of Kingfishers (if you've ever seen such an occurrence?) 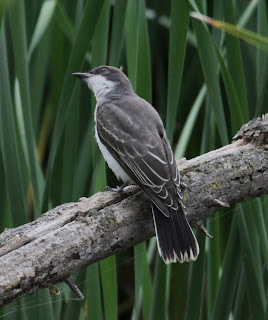 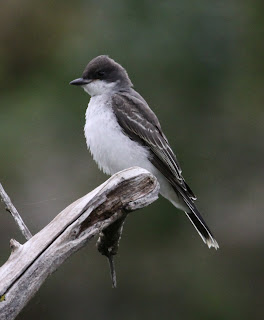 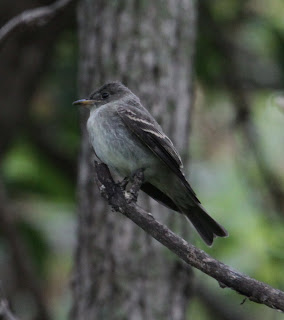 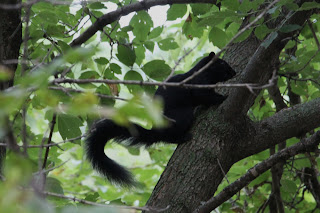 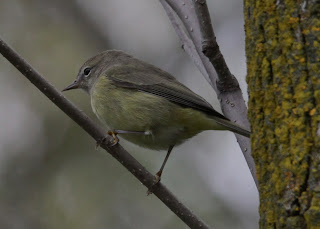 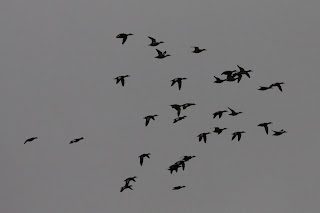 At dusk Blue-winged Teal started returning to their refuge.
Posted by Bagsy at 12:52