Kicking Around On A Piece of Ground In Your Own Town

waiting for someone or something to show you the way! - 'Time', Pink Floyd.
It's always great to get back onto familiar territory, but after an adventure that in a single word would be described as 'invigorating' it was also fantastic to get such a warm welcome. Lorne & Sheila Edwards had invited me to dinner even before I left for the USA, but last evening was a little bit more than simply a meal. After eating they invited me to watch a DVD which has been pending for some months now. Black & White Night - Roy Orbison was filmed in 'black & white', which adds to the mood, but The Big 'O' could stand on his head and still be one of the top vocalist that ever lived. The backing band was theTCB Band, which accompanied Elvis Presley from 1969 until his death in 1977: Glen D. Hardin on piano, James Burton on lead﻿ guitar, Jerry Scheff on bass, and Ronnie Tutt on drums. Male background vocalists, some of whom also joined in on guitar, were Bruce Springsteen, Tom Waits, Elvis Costello, Jackson Browne, J.D.Souther, and Steven Soles. The female background vocalists were Jennifer Warnes, Bonnie Raitt and Dorset's own k.d. Lang. The latter often sings in The George pub in her home town of Bridport and we have promised time after time to go and see her, but so far never have. I would strongly suggest this a 'must have' item in any muso's collection.

and talking of Elvis, that was the next DVD of an unknown venue on an unknown date but it certainly looked like the man 'pre-Army' another excellent set.
Late to rise, but no sign of 'jet lag', it was straight off to Ferry Bridge to catch the turn of the tide but that wasn't all I caught. With rain bearing clouds rapidly approaching from the west I incorrectly calculated that I would beat the impending 'front', but exactly half way between the shelter of the Ferry Bridge Inn and the lee of the Fleet Visitor's Centre I caught the full packet. A little dampened, to say the least, I declined a lift from Anne Howe who was driving back to Weymouth and found a few birds on the foreshore. In the main just common, expected things but it's great to re-connect with such things when you've been away for a while so I did just that.

First on the scene were over 50 Alba Wagtail 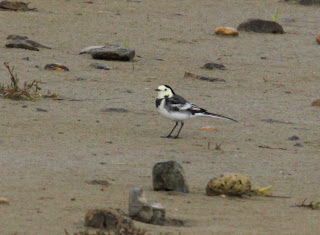 all seemingly young birds showing a light yellow hue to the face which makes them just that little more attractive. Unfortunately difficult to see from the photograph.

Due to the rain I had overlooked the c3 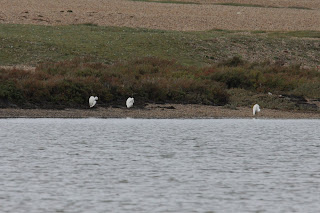 Little Egret preening on the Fleet side of the Chesil Beach, but that's when the 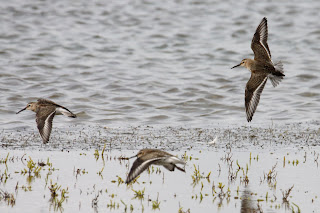 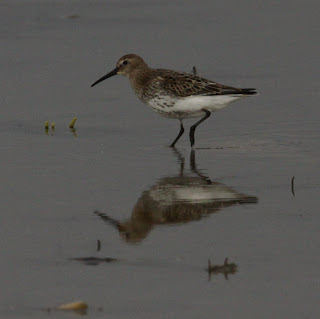 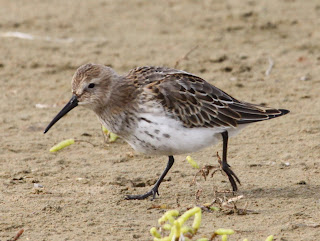 to feed. A couple of 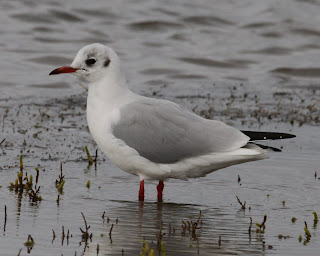 Black-headed Gulls were already there 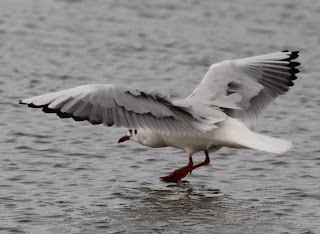 but now more or less in 'winter plumage' (no black on the head). 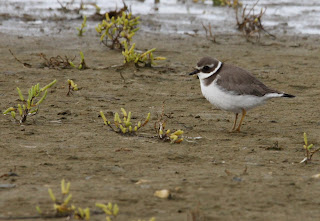 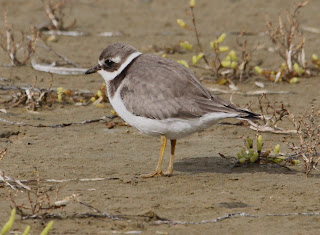 were quick to join the other Waders, but not so a small party of Turnstone that continued flying up the Fleet towards Abbotsbury. c2 each of Meadow Pipit and Skylark also flew overhead calling, while a small flock of 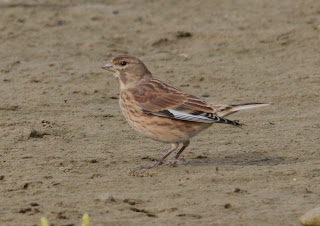 Linnets fed among the Samphire.

Turning to leave, there was a larger Wader close to the bridge and with a little stealth managed to get these shots of a 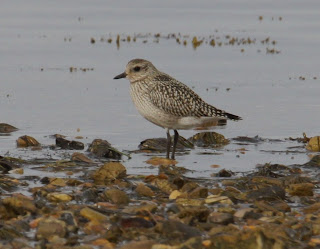 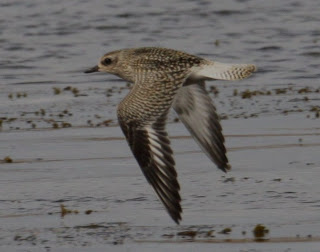 which didn't hang around at all long 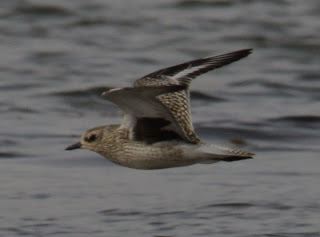 before following the Turnstones.

During my absence, Lorne and Sheila also took delivery of a few discs I had ordered from Amazon which include the sensational Complete Greatest Hits of Manfred Mann 1963 - 2003. Manfred fans may remember when vocalist Paul Jones left the band topursue other music projects, his place was adequately filled by Mike D'Abo. His composition Handbags & Gladrags has since been one of my all time favourite track, but until today had never heard his own rendition. This, in my humble opinion and on a single listening, outdoes Rod Stewart, Chris Farlowe and Kelly Jones' (Stereophonics) versions.

In addition, I replaced the copy of Joe Bonamassa Live at the Albert Hall which I gave to Jim the Medic and his partner Liz as they enjoyed it so much during my visit up there. You & Me, by the same artist contains the 'difficult to sing' Led Zeppelin track Tea For One, but I bought this album for that version of a magical song alone. This will probably be the only time in my life when I suggest anyone has outshone Zeppelin on any particular track, but make your own mind up. Finally, a 'punt' (simply taking a chance) on the Rolling Stones DVD 'Shine A Light', I have it on good authority that it's sensational. 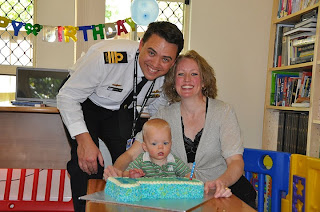