The blustery wind persisted today although the direction had backed a couple of points, but the sky was cloudless and sunshine prevailed from the start. Robin,Goldcrest and Wren were most numerous at the cemetery, but once again the question was where are the Chaffinches. Before leaving, a Sparrowhawk chased a Song Thrush across the area as c3Redwing , the first here this end of the year, passed overhead. It was found later in the day the answered to the previous question was the Chaffinches seemed to be at the Bill!

At Radipole, despite the 'unusual' appearance of acres of mud, there were just 25 Waders, all Common Snipe, c3 distinctly separate Water Rail were heard calling with the only 'ace' being a Grasshopper Warbler. It was a windy walk along the seafront to Lodmoor but worth it to see what few ducks there were are now showing splendid winter feathers. 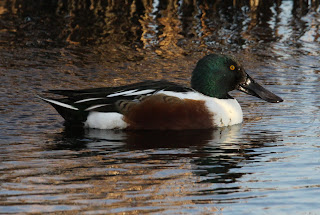 Shoveler were first on the scene with this male and 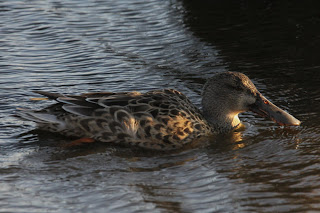 female being 2 of the c8 present. 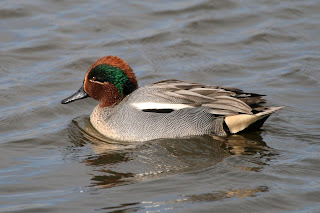 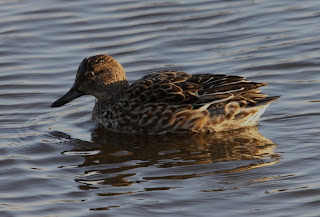 female were also seen, along with single Common Snipe and Bar-tailed Godwit, a dozen or so Lapwing plus c10 Dunlin. 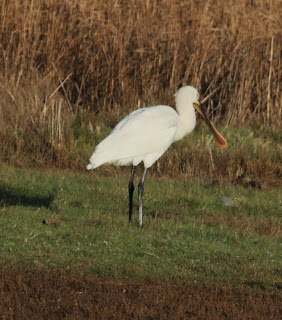 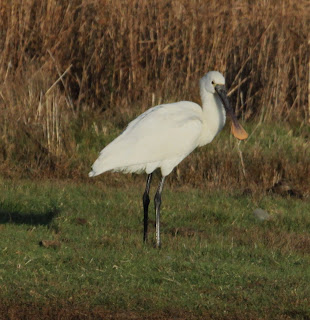 but this was my first effort to see it. 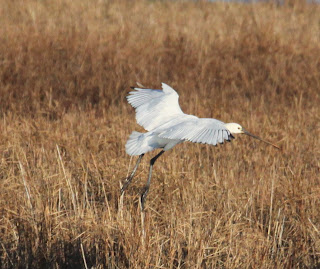 Timing it perfectly, it was as close as these large birds get to us humans and performed very well even briefly taking to the wing.Regardless of the birds, any walk on Portland is always a dream which is just as well as I managed to miss most of what was on offer. All of note were good numbers ofWheatear , Meadow Pipit, Goldfinch, Linnet and a single Small Tortoiseshell Butterfly, so to Ferry Bridge. There, my luck took an upturn and after watching a few less 'flycatcher' Gulls (similar to yesterday) I happened upon this 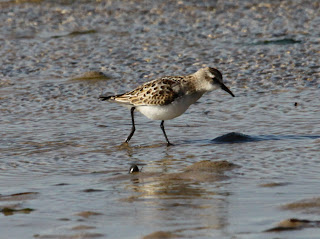 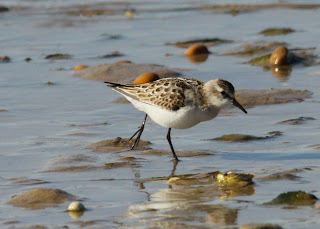 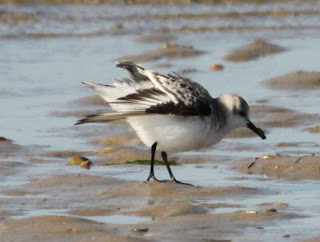 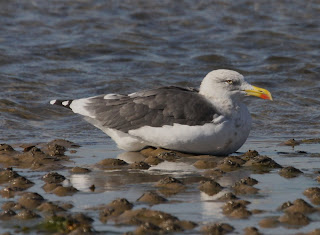 Finally, this Gull flew in to rest on the newly exposed sand, but has caused me some consternation. 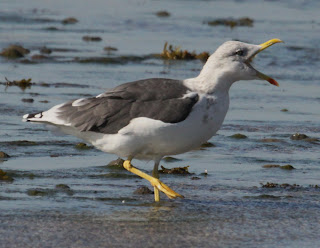 Seeing its yellow legs, it was thought to be one of the Lesser Black-backed Gulls but on size alone there was reason for more than a second look. Sat with a group of Herring Gulls, it looked as big or larger than all of them.Lessers are usually slightly smaller. 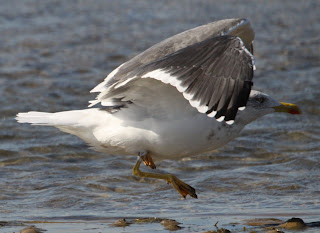 Anyway, I have recruited the help of others, far more knowledgable in the subject, and if it is determined the appropriate addition will be made. If there is anyone who would like to offer a solution, please add a comment in the appropriate space - thank you.
Posted by Bagsy at 19:28