Another bright and breezy start to the day although there seemed to be an extra knot or two in the wind speed. Not surprisingly, it was the cemetery first where things were much the same as yesterday save to say a considered 'high' count of 10 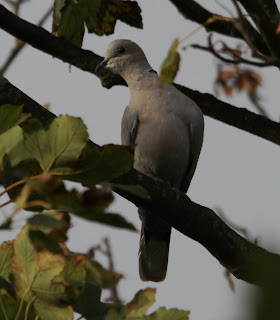 Collared Doves with a few Chiffchaff and Goldcrest. 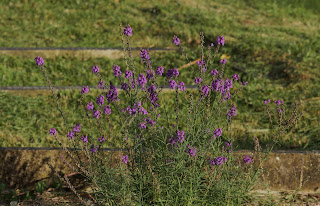 There was also this rather nice plant growing out of a grave, but as yet there has been no time to identify it. On the way to the bus Swallows, Meadow Pipits and Pied Wagtails were in evidence, all flying over, while at Ferry Bridge the full force of the south-easterly wind could be felt which must have been close to a gale? This was the scene looking to the east and under the bridge, while a 180 degree turn opened up 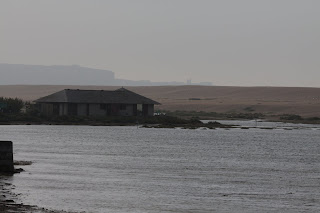 a view of the full spring tide pushing close up to the Fleet Visitor's Centre, Portland looking shrouded in a fine mist in the background. As the tide turned first to arrive from the west were 2 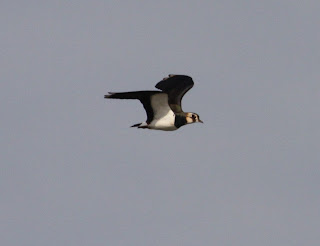 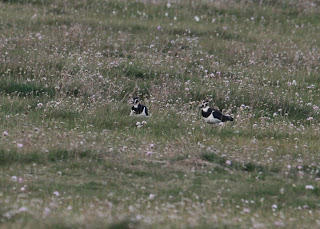 that did land a couple of times, but seemingly not keen on the terrain, or was it me, they flew off back down the Fleet. 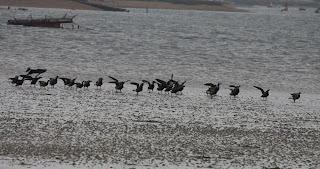 Next, between small flurries of Dunlin and Ringed Plover, came a skein / gaggle of c30 Brent Geese which may have been the same as last Sunday, unless the count was simply coincidence. Maybe I should have looked at them a little harder as later in the day Paul Harristexted to report 2 Black Brant about a mile further up the watercourse. With the water rushing into Portland Harbour at a great rate, it wasn't long before the foreshore was fully exposed and two fairly heavy squalls arrived. This was just the precursor to the morepersistent stuff so a retreat was hastily beaten. 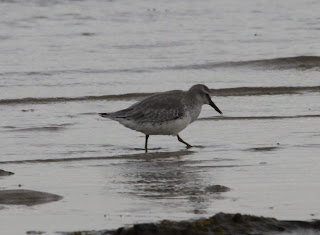 On the way to the bridge this Knot was found among the smaller Waders not allowing too closer an approach. 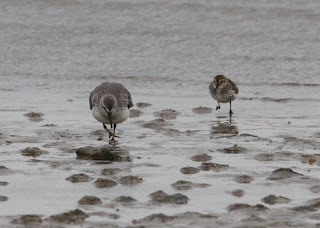 However, this second shot, with a Dunlin on the right was possible before they all relocated. 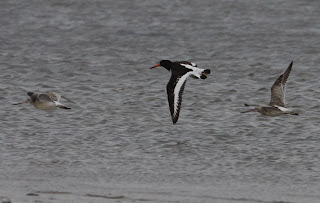 As I stood pressed to the sea wall trying to shelter from the second batch of rain, these 2 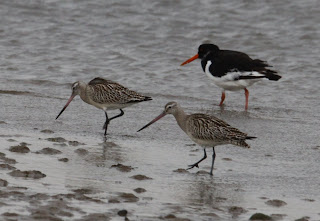 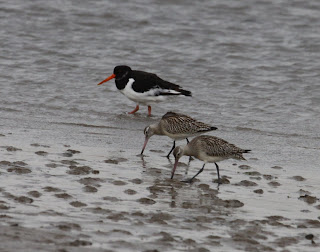 and fed for a short time before also clearing off.

It's Bowie & Sheila round for dinner this evening so best go and knock up a few Marmite sarnies and a jug of Wincarnis, I will probable post the remaining Stork photographs tomorrow.
Posted by Bagsy at 17:05